Can I really do it? Do I have the nerve to sport the red hat for the travel season? Is red wool too hot to wear in summer? Will rolling the hat for packing crush the spirit out of it?

And the red purse. It's too big to put in a back pack for consolidating carry-on, but too small to carry all. I've never been a particular fan of red, but this year it livens my spirit somehow. I want splashes of colors in my photos and splashes of color in blogs of my travels. 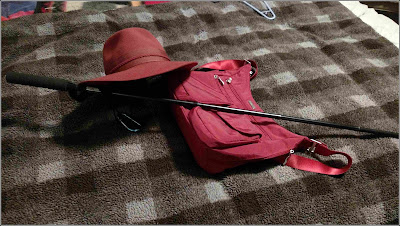 "A proposal is being considered to ban laptops in the cabins on flights originating from Muslim majority countries ."

"Terrorists can use laptops in making bombs to bring down airplanes."

"Consideration is being given to extend the laptop ban to flights from several European airports."

"Anything bigger than a Smartphone will be banned aboard all flights."

"Lithium batteries can catch fire in the cabin."

"Laptops would be placed in checked baggage."

"Do not put laptops in checked baggage because ... could be broken in baggage handling ... easily stolen from checked luggage ... a lithium battery fire would be worse in the hold than in the cabin."

There looms this cloud of uncertainty over my bright splashes, a buzz that's going among travelers. What if they decide to bar our laptops on planes? I imagine the buzz is even louder among the business travelers. What if I take my laptop to France to blog and they ban Paris while I'm there?

Meanwhile, I have another short trip to take. I'll join the ladies of the family (my late husband's family) for the Annual Ladies Tea, hosted by my sisters-in-law. I've begged off in the past because it's so close to the big (i.e., long, in distance and time) summer trip, and the trip to San Diego via auto is tiring and time consuming. I've given up driving that one, being too inclined to fall asleep at the wheel. I bite the bullet and make the last minute airline reservation, even though it costs almost as much as a super cutthroat round trip ticket I have to Paris in the Fall.

I get myself an overnighter case that holds my laptop and my stuff instead of wrangling my regular suitcase and my carry-on which includes the laptop.  The trip from Fresno to LAX to San Diego and return is an adventure in itself but I get there and back intact, so that's to the good. 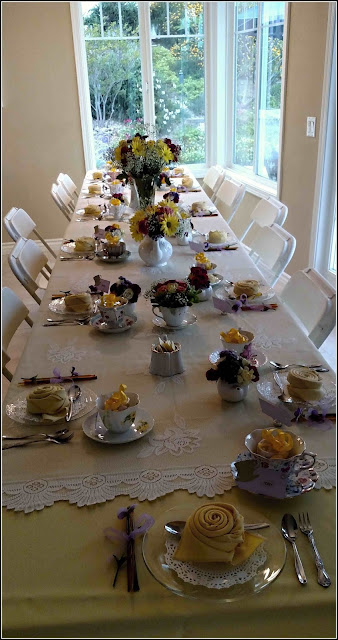 Time to get packing for the big trip. The laptop has to go along. Surely they won't ban an American old lady and her laptop at the Paris airport?