Lèche-vitrines, translated literally from French, is licking showcases. To us Americans, it's window shopping. It's fun to watch Goggle Translate unfold that if you set the right-hand box to French, then start typing "window shopping" in the left window. It starts to unfold one translation, then abruptly changes its mind.

I took a few window shopping pictures on our Lyon stop on the September 2014 Jeanne Mill's quilters tour.

Our modest hotel is shoe-horned between upscale shops.  I first notice shop windows when we wander out to find our supper our first night. I had crashed after the long flight to Paris and transportation to Lyon and emerge at dusk. It's not until dark, after dinner, that the artfully lit displays pop into vision. And I do not have my camera with me.

So night photos are not the first I take, but I am frustrated by the daytime reflections in the window glass that messes up the picture taking. They seem like double exposures. But I notice that I can see the object of my photographic intention and a cityscape. I separate them with my brain and grow to like the effect.

There are the day pictures. Take a peek at the grand buildings of Lyon that surround us. Sometimes you can find me in there, too. Enjoy. I don't have much to say about individual photos. 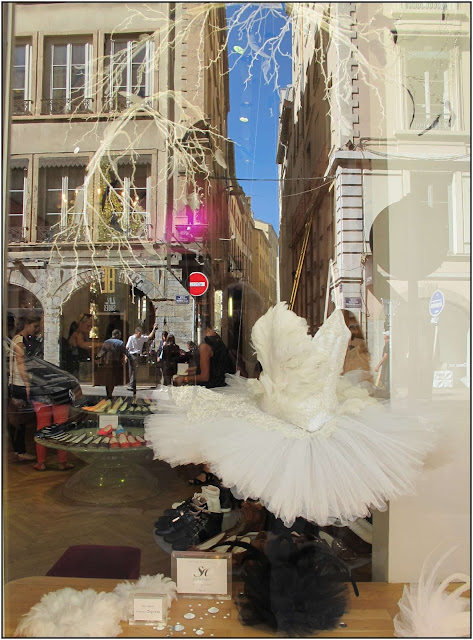 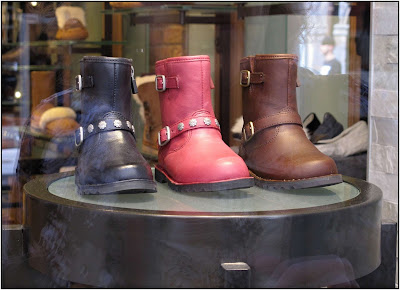 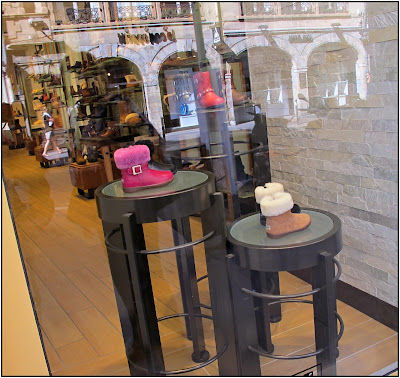 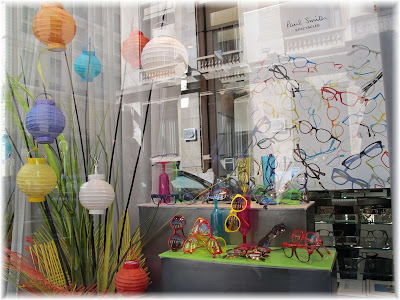 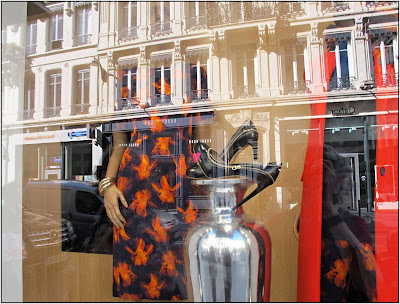 That's not me with the camera. It's another of our number. 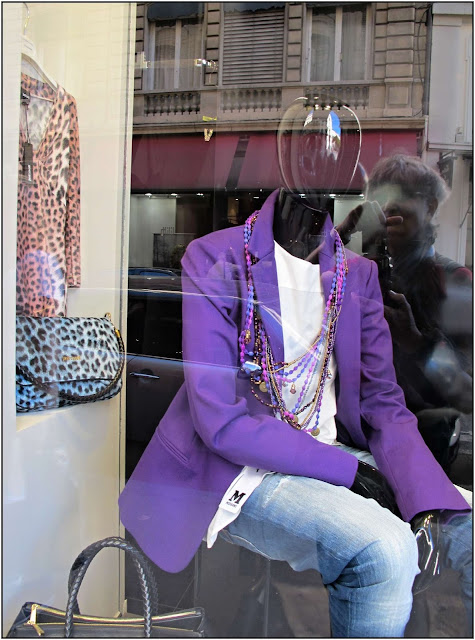 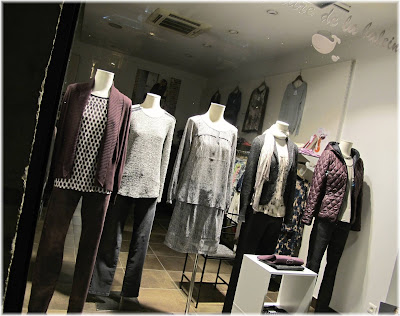 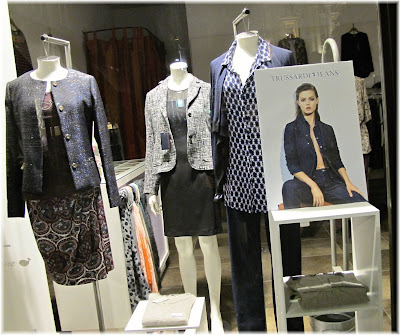 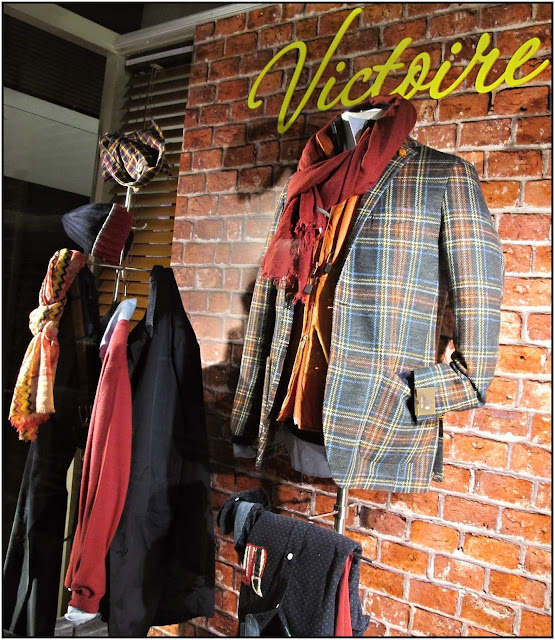 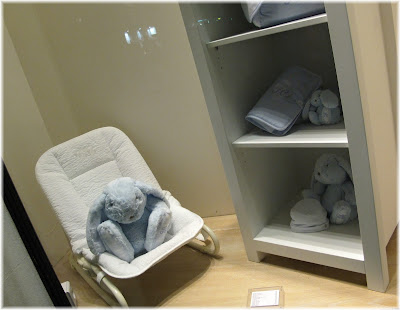 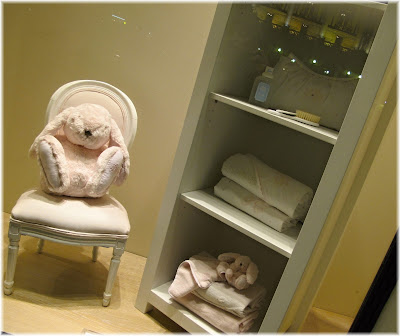 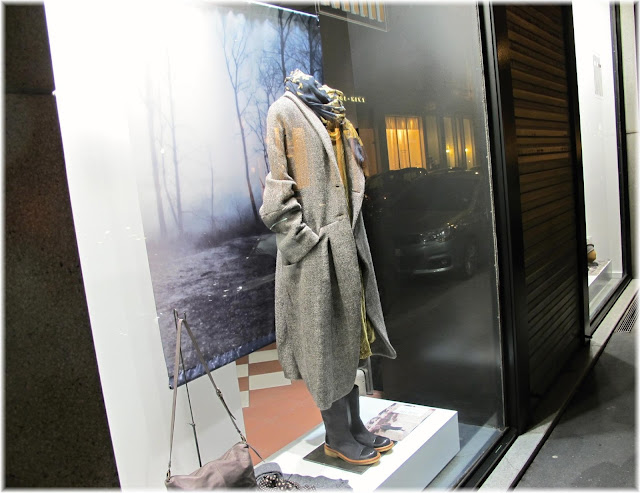 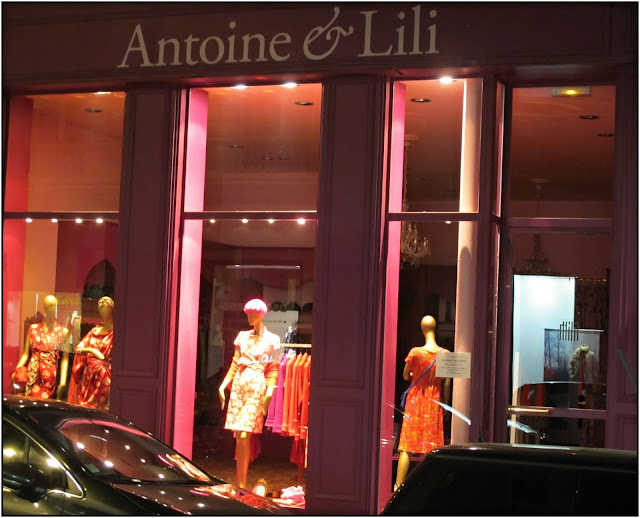 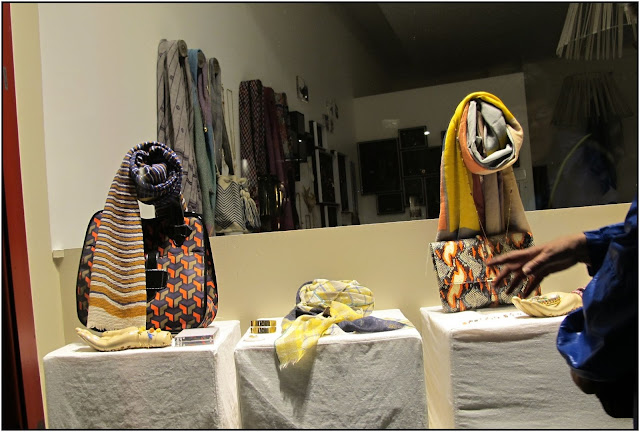 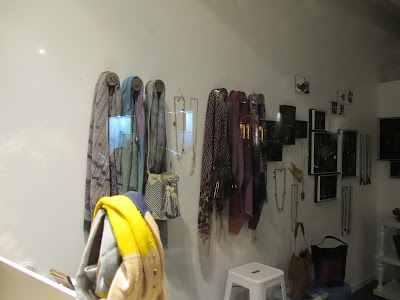 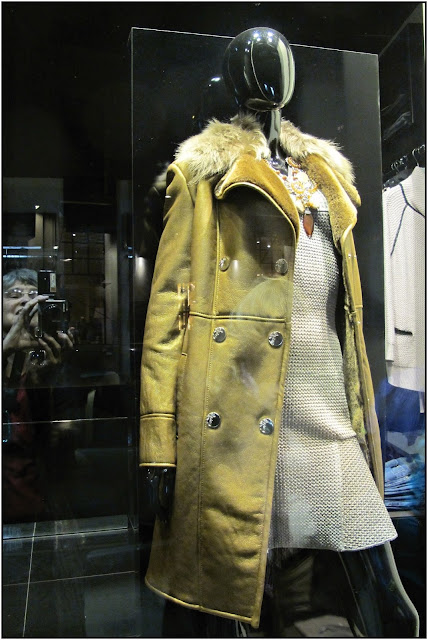 Here she is again, in a night shot. 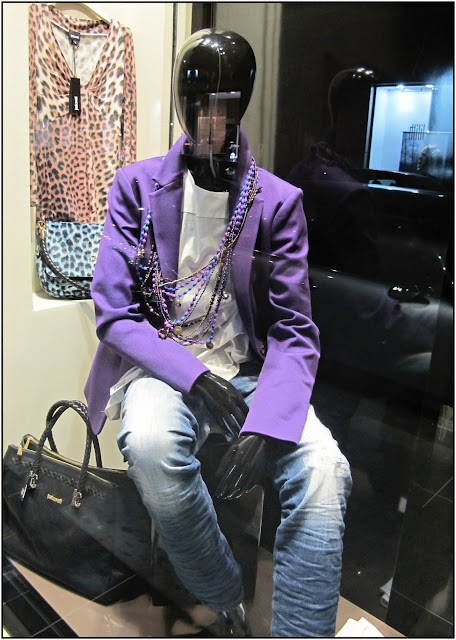 I'm most impressed by the ankle sox with heels. If you can wear that in Lyon, what about Our Little Town . . . ? 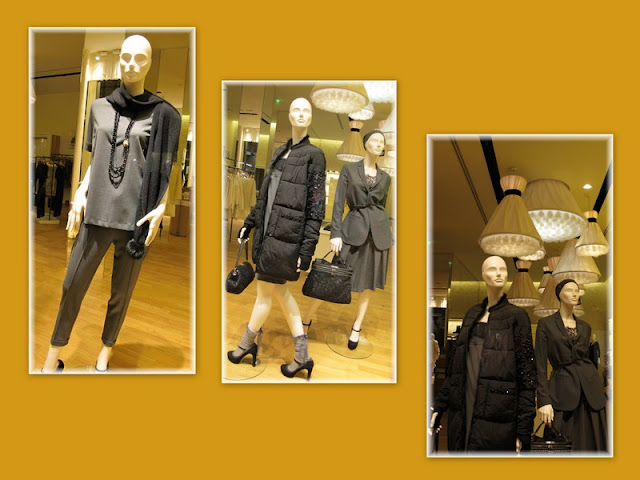 Photos and narrative about other happenings in Lyon are described in links below. There are blogs before and after these about other stops on the 2014 trip.