I want to ride with the pilot!


In preparation for this trip, see here and here and  here. Following recommended practice, I did not blog the trip in real time. So, back to the beginning of my recently completed trip to France . . .

There's still more delay after we get settled on the plane.  "We're still refueling."  Really? I'm a bit restive because I and my traveling companions have a short transfer time, once we land in Paris, to catch the plane taking us on to our destination of Toulouse. They aren't seated with me, so we can't commiserate.

Now, they say, they're still holding the flight to check on an issue. Did I hear it, or did I assume from what was said, that there is some discrepancy between passengers and luggage?

Finally, announcements begin and we start a pull back so imperceptible that I must confirm that we're moving by looking out the window. The purser's announcement is in rapid French, then English that sounds like rapid French. The captain speaks softly, in measured tones, in French I mostly understand, and in English with a French accent but without the French rhythm that makes the purser so difficult to follow. Her voice is soft and slow. The captain of this largest passenger aircraft in the world is a woman. I do a mental fist pump.

I watch the on-screen display from the tail camera as we taxi out to the runway.


This A380 wants to fly. It builds speed down the runway, rotates, and rises smoothly. Airborne. To think that on my once-in-a-lifetime quilters' tour to France in 1999, I could not have been more terrified of every little jiggle of the aircraft, and there were plenty, including an hour of buffeting over eastern Canada that had me convinced the end was at hand. I screamed, white-knuckling it, but no one heard. My travel companions hadn't noticed anything unusual about the flight. I can't believe now that I forget the name of Captain Dave's blog that, word by word, over the years, coaxed the terror of flying from me.

I still say "hold my hand, Dave," when turbulence gets scary.

This trip we have minor turbulence out of SFO, with periodic little bumps throughout the flight and some big bumps over the North Western Passages/Hudson Bay.


We turn across the Pacific Coast to find our northeastern course.


(Into two hours of flying time)


Dinner on these long flights is served in due course, not too far out of sync with where we fly from. Then they turn out the lights and you're on your own with your TV screen or laptop or tablet. Or, for the serious, newspapers and non-electronic books. There are those like my seatmate who immediately put on their eye shades and earplugs and swaddle themselves in a blanket, then never stir the whole night through.

I take peeks out of the window for photos, quickly so a shaft of light won't disturb everyone's chosen pastime. I spare you many photos of imperceptible changes in the views. A few others peek out to see the most intense blaze of stars I have ever seen. Later, an orange sunrise cracks the horizon.

A feeling seizes me. I want to ride with the pilot traveling through this splendor! I may never have been filled before with this strong an emotion. Chances?  Zero.

I'm seeing strange vertical shafts, dropping down from the cloud layer. Something like tornadoes?

Zoomed. Does anyone know the answer?

(Into eight hours of flight)


The ghosts around me don't even wake up for breakfast. Breakfast is served allowing just just enough time before landing for the crew to deliver it, follow directly behind to pick up trash, and begin preparations for landing. The sleepers get their breakfasts tossed down on their tray tables.


I've been swigging down coffee and juice and water all night long and am starved for breakfast, alert and ready to eat. And hoping my ghost will wake up 'cuz I have not been to the bathroom since we left San Francisco. I have not been out of my seat since San Francisco. But he doesn't wake up until we're being asked to stow our stuff in the overhead or under the seat for landing, then pulls off the shroud, wolfs down his meal, and saunters to the bathroom at the back of economy class.


By the time he returns, it's too late for me to get to the toilet and back. I recall desperation at the end of a previous flight. I  dropped off my carry-on with a forward flight attendant and struggled against direction of travel to dodge into the first class restroom. I knew I couldn't reach the first toilets in the terminal. (This time, there won't be time to stop as I race between terminals.)


(Visualize a sequence out of an old silent movie: elbow off the plane with 500 hundred new friends> touch base with my travel companions who walk faster than I do so I send them on (hold the plane for me)> go through customs with the 500> pass restrooms with long lines> go through security screening for the domestic flight (since we're so likely to have picked up a bomb from behind a trash bin after we got off the last plane)> run (that's a euphemism for my pace) (also, there may have been a train involved) upstairs to the next terminal> note that the restroom is in the opposite direction of my gate.)

Well, you get the idea. We all make our connection which leaves an hour or so behind schedule.

And then I fall asleep until we land in Toulouse. That always happens on the last leg of a trip. A van meets us at the airport for the drive to our hotel in Toulouse.

It's about 6 AM back home when I crash across the bed in my hotel room, waking up only to munch on comestibles I've taken from the plane, then falling back to sleep until morning. Travel time, about 16 hours, awake time, a whole lot more.


I've been doodling on paper to diagram my eclectic trip to France last month. I get queries about the nature of my trip, the who, what, when, where and why. In short, I went several places with different combos of people, and ultimately decided that drawing a diagram is just doodling, not exactly clarifying. The undoodled truth will just have to out itself in narrative. 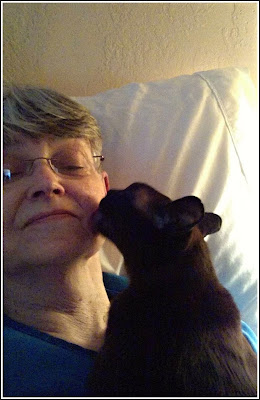 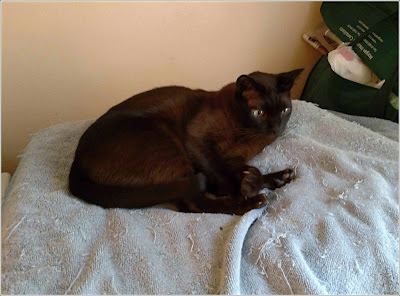 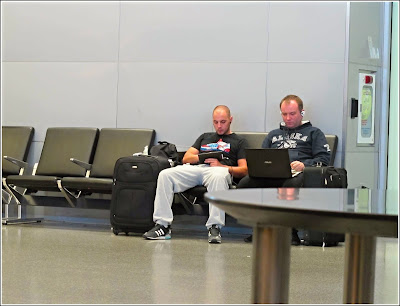 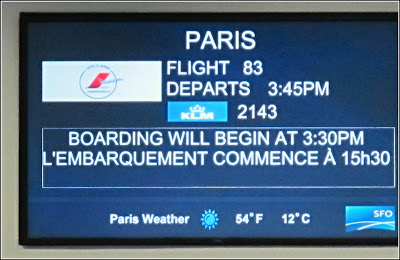 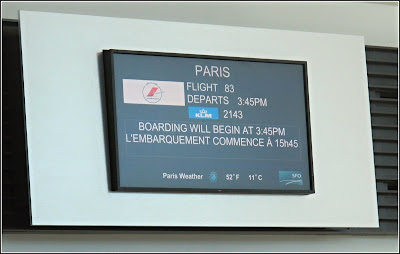 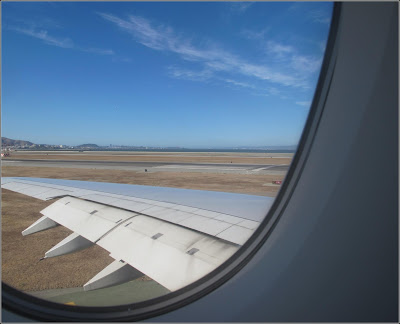