When the Big Event is out at the coast and I live in the mountains (the inland ones, not the coastal), there are the discussions of Getting There. What once was an easy jaunt for me has become a bit of a challenge since I actually nodded off at the wheel fairly recently. I've fought sleepiness for years and years, but this nod-off scared the bejeebers out of me. Daughter lives at the corner of the dogleg halfway to the coast and proposes that we carpool in some manner. And she wants me to bring my truck. Because she feels that it will hold more people than my car. (I'm not sure there's a practical difference.)

The Big Event has precipitated a long-deferred need to buy new bras. I need a shop that has a fitter. I'm still wearing the same type of three-to-a-$10-box Penneys bras since mid-century. Nylon. They are virtually indestructible and fit me okay a mid-century ago. This calls for professionals. I call on Daughter for guidance. But more on that later.

The Big Event is on Sunday of Memorial Day weekend, but there are Preceding Events and traffic-en-route to plan for. We settle on my driving the truck to her Central Valley house to arrive when she gets off work Friday afternoon. We'll go bra shopping at the mall in her city, stay at her house overnight, and head for the coast Saturday morning. Friday morning Change of Plans. (That will become our watchword.) We'll continue on to the coast Friday evening.

I arrive at Daughter's house, after being lost getting there, moments before she does. She completely fills the back seat of the truck. (I have one small suitcase, a rolling backpack, and a bag of  miscellaneous.)  She brings bedding and such for three of her children, plus two of their significant others. As we head into the Friday evening holiday traffic toward the mall in the opposite direction of our intended travel -- change of plans. We'll go to the coast now and look for Victoria's Secret (Daughter's bra shop of choice) in the city over there on Saturday.

Under overcast skies we head across the Central Valley, noting how arid the fields are with the drought. 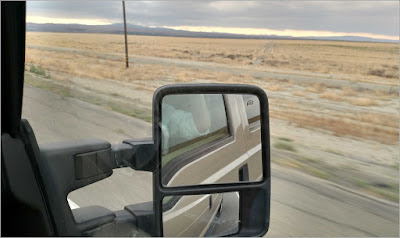 Daughter works for the power company and points out the sources and destinations and the carrying capacity of the lines as we pass by them all along the roadway. 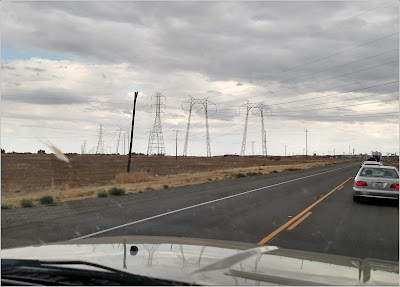 I swing the camera (my phone for this trip) over to catch the cluster of big power transmission poles and catch a cluster of sheep along with them. 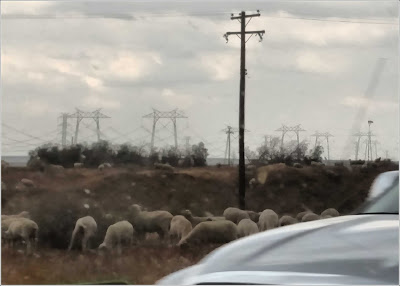 We do pass a ditch of water, possibly for farm or ranch use. California has the most complicated water rights laws imaginable (or maybe beyond imaginable) in just about anywhere, so there's no guessing the ownership and destination of this water. 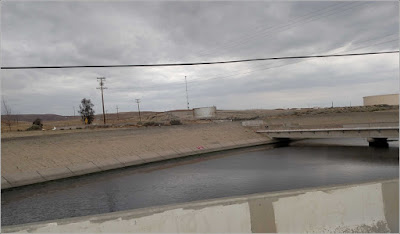 Our overcast gets darker as we go west in the Valley, but it looks like it may be lighter on the other side of the upcoming mountains. Sun is forecast for the coast this afternoon/evening. 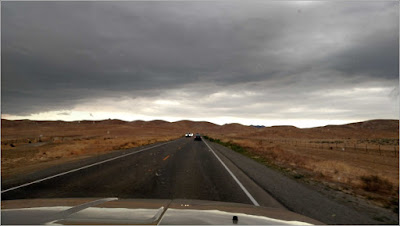 We climb up into the hills that constitute the west rim of the Central Valley. 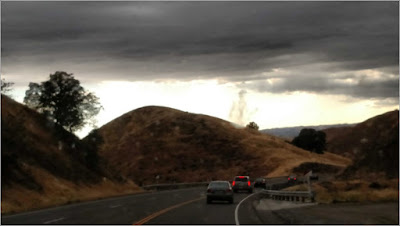 The clouds are breaking, although one still hides the sun. Those are lenticular clouds hanging out there, aren't they? 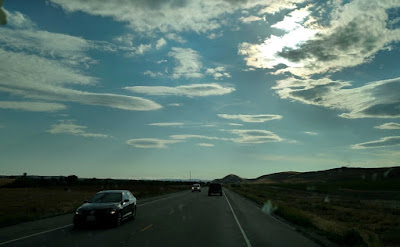 Finally, we're on the flat of a valley that's just one small range of hills short of the coast. There is sunshine. I'm staying at Son's house where Daughter lets me off. She and her crew (when it arrives from multiple destinations) are camping out in my used-to-be 5th wheel on another property.  As usual, there is a major congregation of young people here. His house has been a hangout for his kids and their friends for many years. One gets evicted from his room for me to stay in for the weekend.

Here's my son, King of All He Surveys. 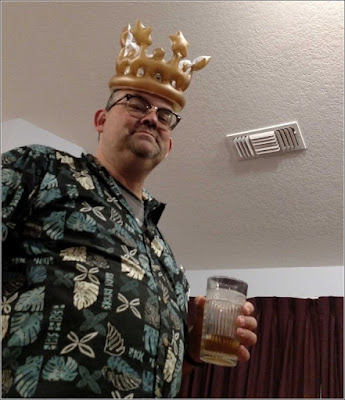 And his entourage. They provide vital assistance for the Big Event. You might notice that Son is a big guitar collector. 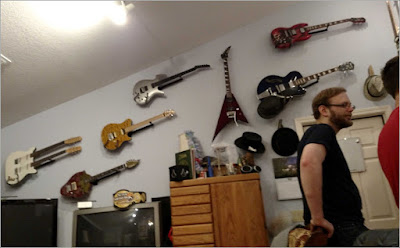 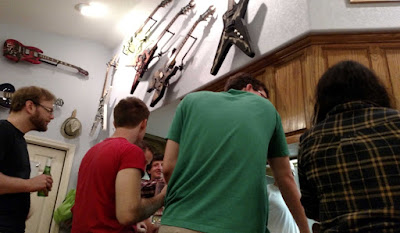 Two young ladies with honey-colored hair grace the couch, apparently amused by what the guys are up to. 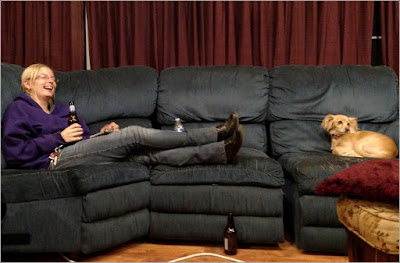 Kitty disguises herself as a sound-system component and stashes herself in a cubby appropriately. 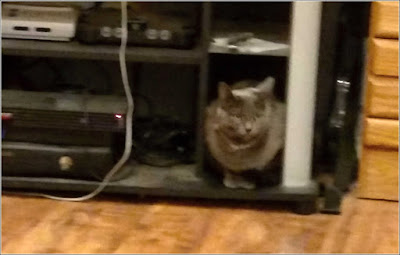 First Husband/Son's Father watches over the goings-on from his horse. 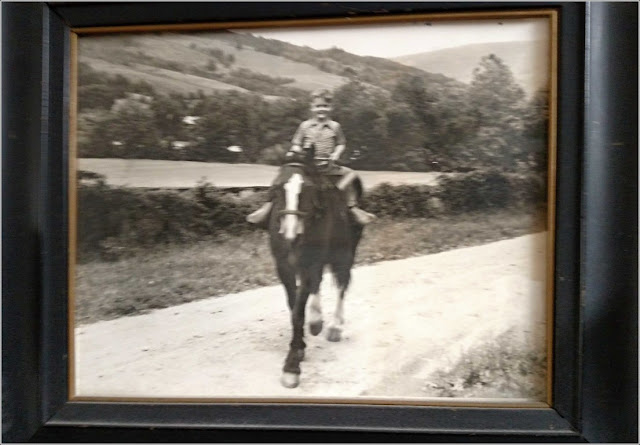 Change of plans,  Daughter and I blow off bra shopping until Saturday.