Celebratory in More Ways Than One


First of all, I'm back to civilization and Internet and all that. That said, I'm woefully behind on the state of the world, of my favorite bloggers, of my TV addiction, and of my cats.

And there's the birthday party that was foreshadowed by yesterday's birthday balloon. Despite that, she is surprised at the moment her daughters present her with gingerbread and ice cream. She answers "87" when asked which one it is, but I hear she's been celebrating for a week and different numbers have been bandied about. So no guarantees. 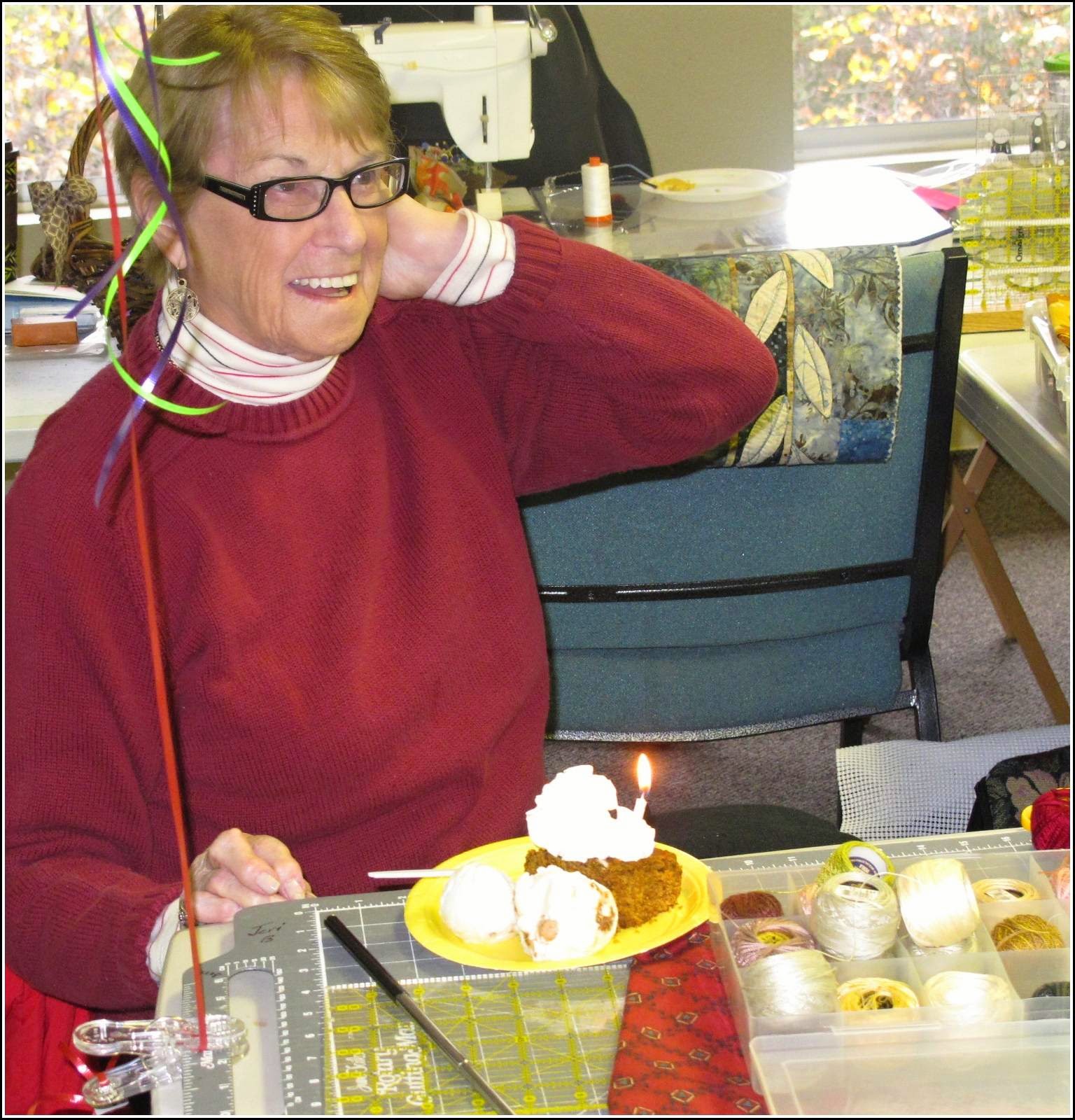 There's  gingerbread, ice cream and and whipped cream for all. 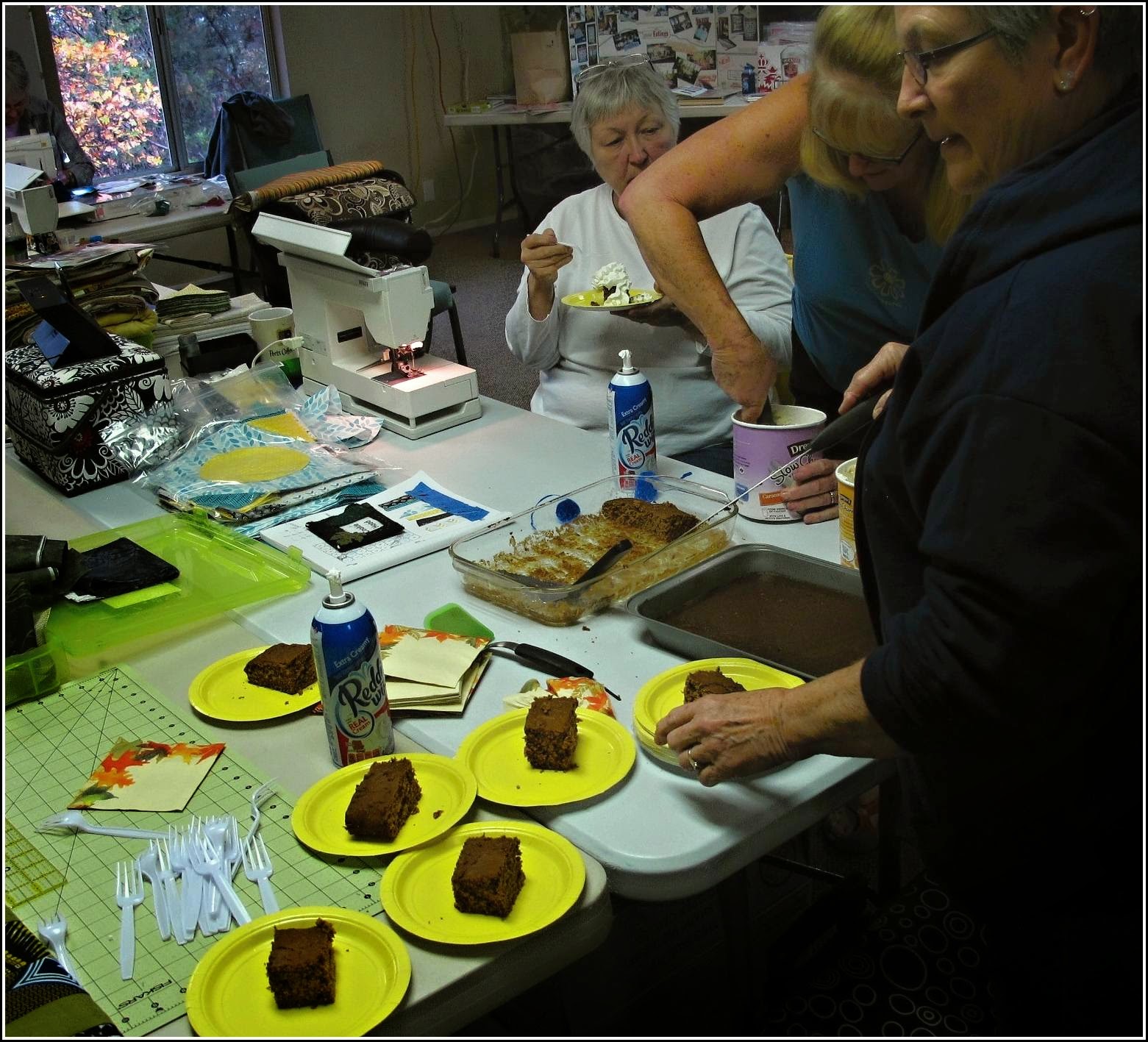 We descend, as if we didn't have two tables full of snacks at all times in addition to the camp-supplied two big meals a day, on the goodies. 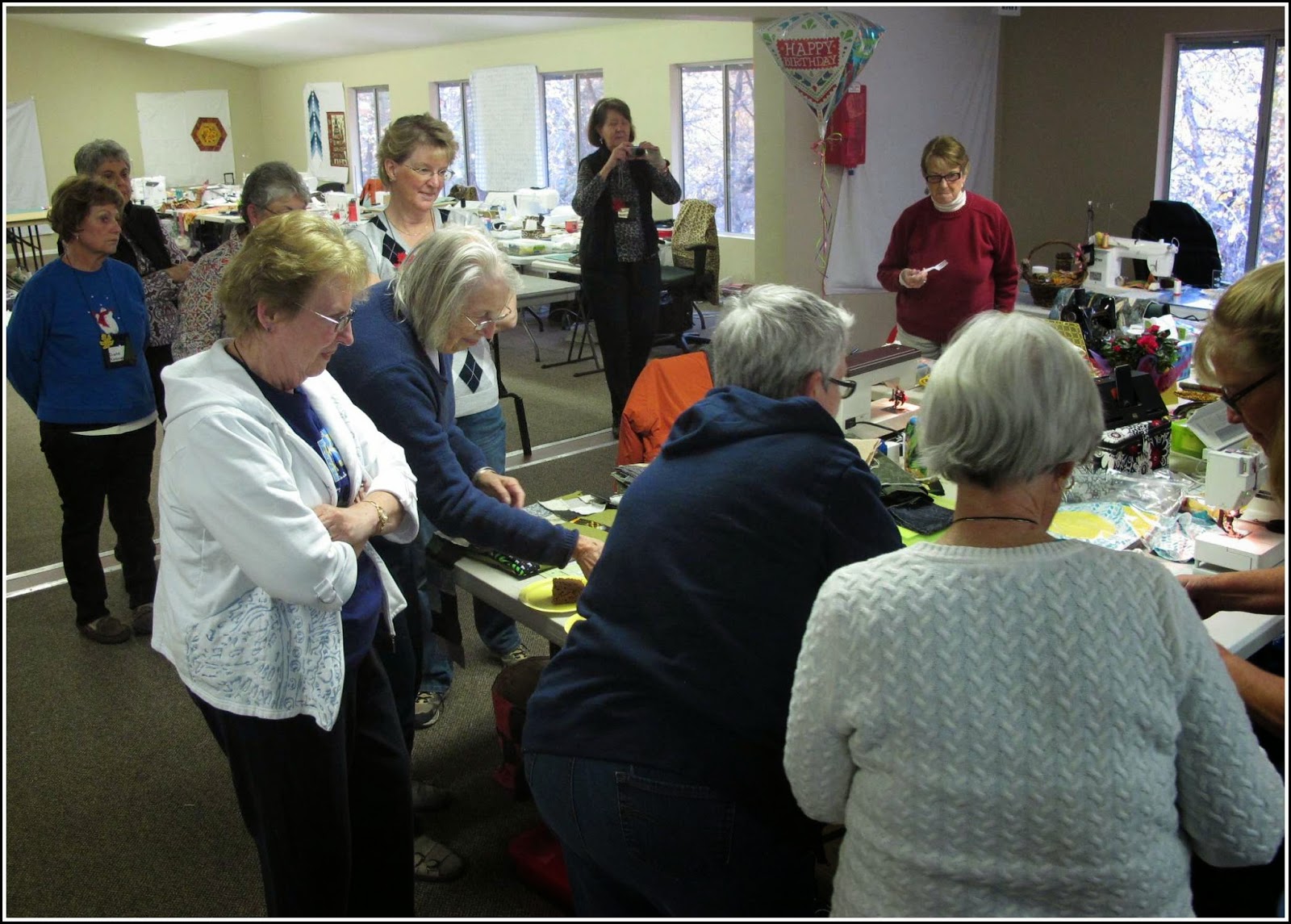 She'll have a bit of gingerbread with her whipped cream. 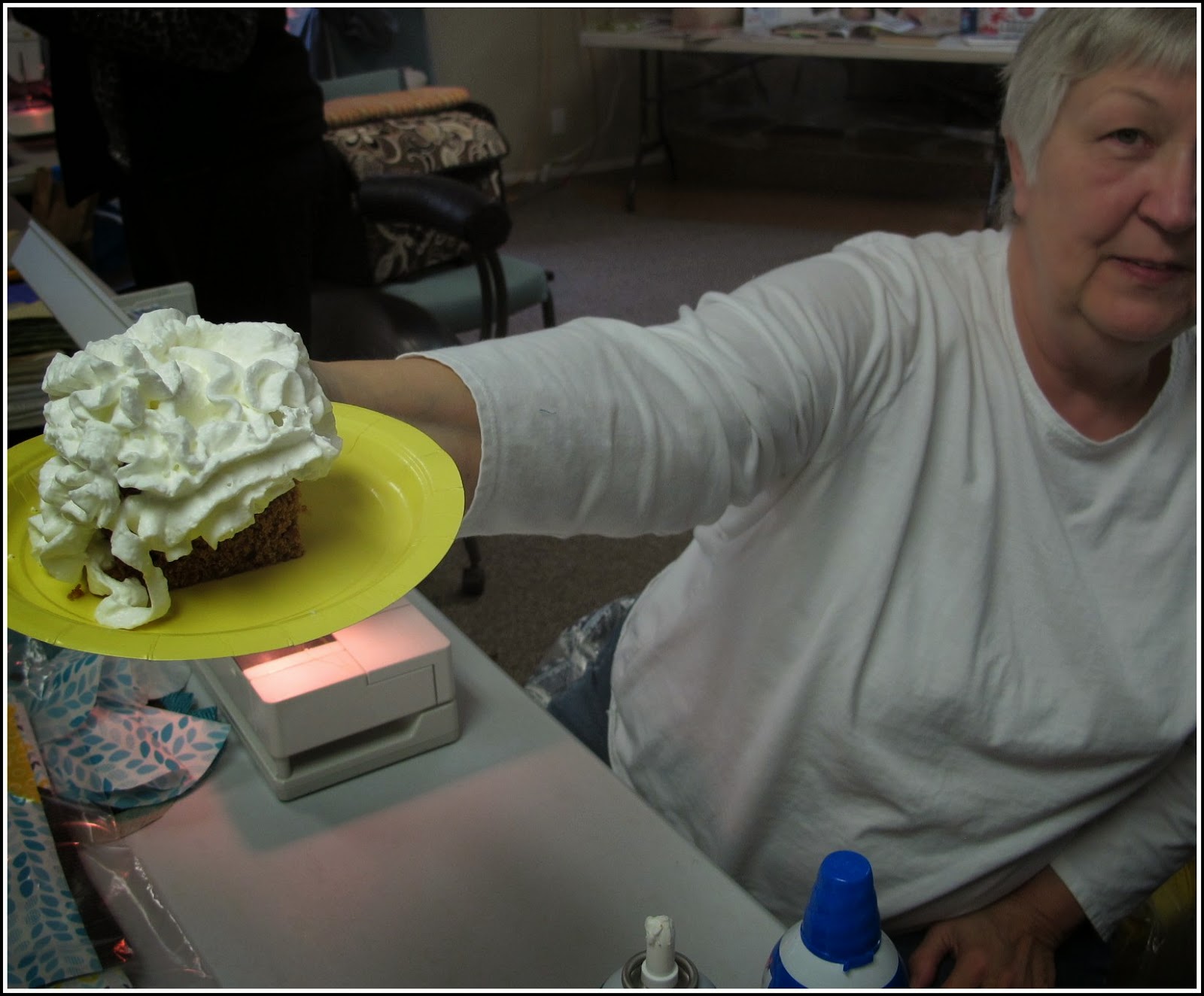 The party is over in a bit and the presentation of "ta-dahs" continues through the afternoon. A ta-dah is required at the completion of all significant benchmark events. Here, our Leopard Lady Associate has completed this one of a series of hot pads. The leopard background doesn't provide quite the contrast to show off how beautiful this hot pad is. It really is. 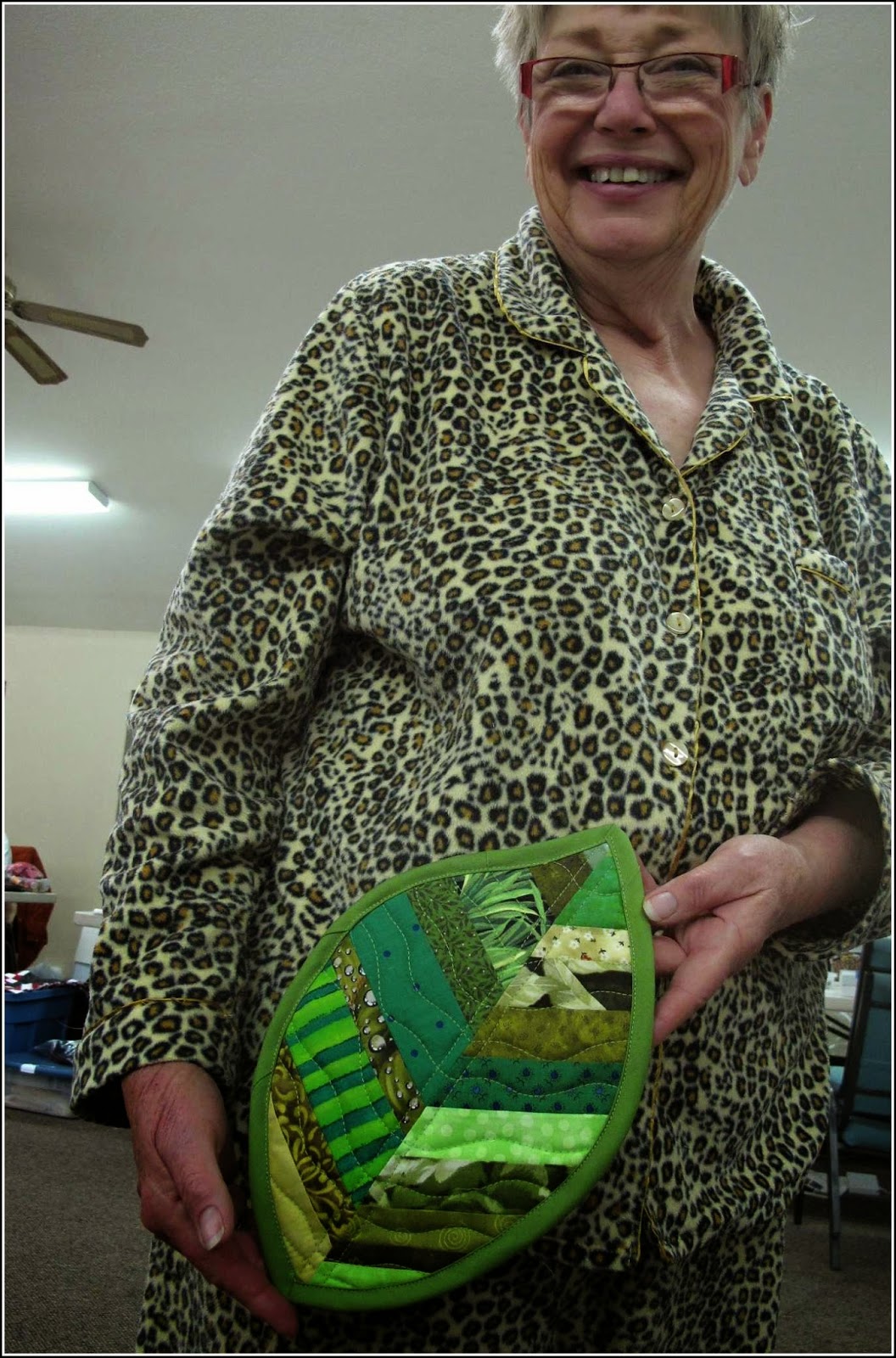 Our Quilt Camp Coordinator (Retired) has completed a quilt made from the blocks campers have given her as a thank you gift after each camp session over a period of a few years. 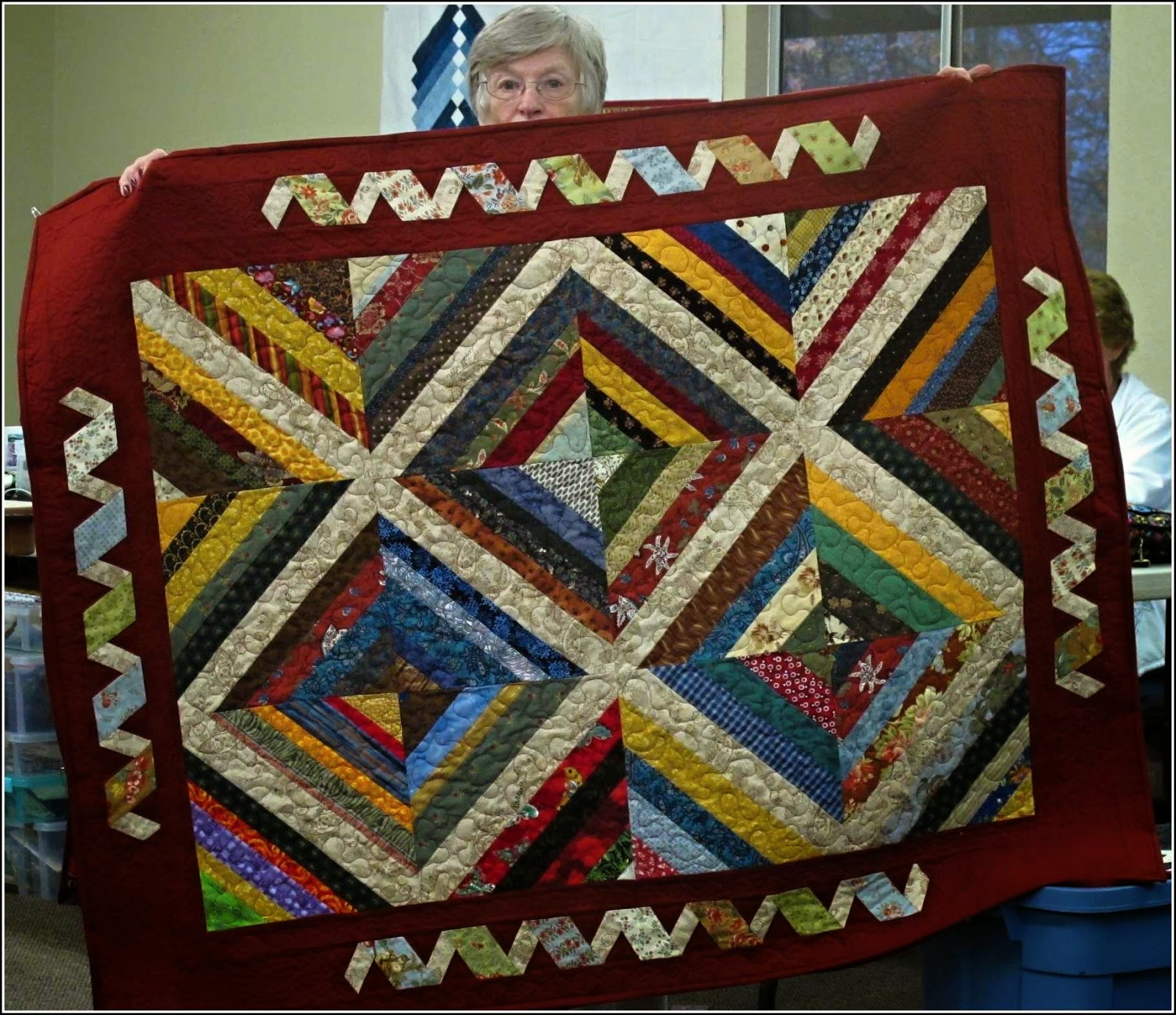 I hear ta-dah from directly behind me. I whirl around to this view. Luckily I snap it instantly because its maker can't hear my suggestion to move out of the tiny space between us and ta-dah it again for the camera. 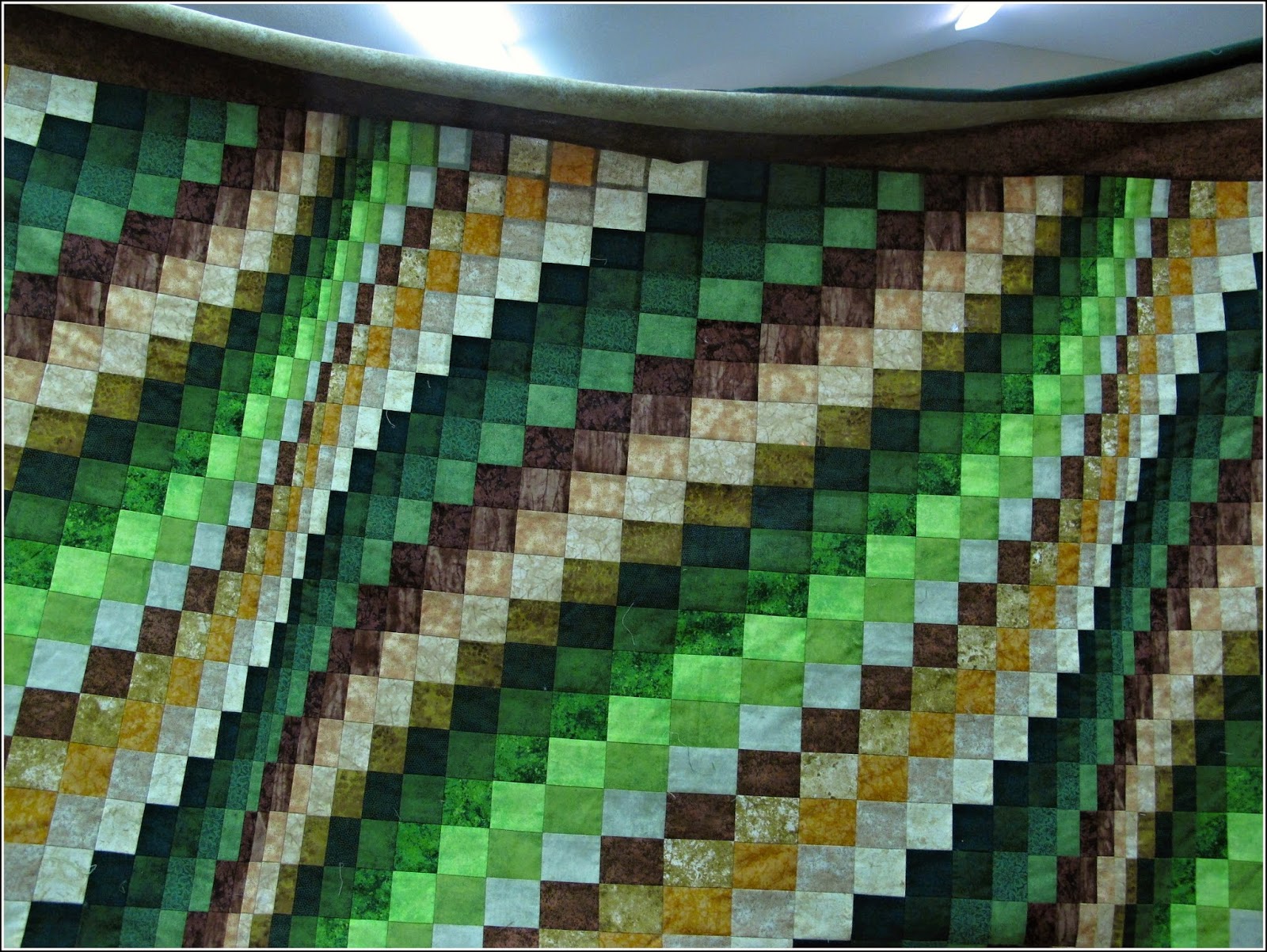 For my projects, I've taken along these two quilt kits to cut out, figuring I'll be happy if I finish cutting both. On the first full day I completed cutting "Heat Wave," on the right. Easy peasy. The biggest deal with this was building decks and shuffling them. Of course, I didn't get to any stitching. I have "Framework," on the left, to cut before I do that. 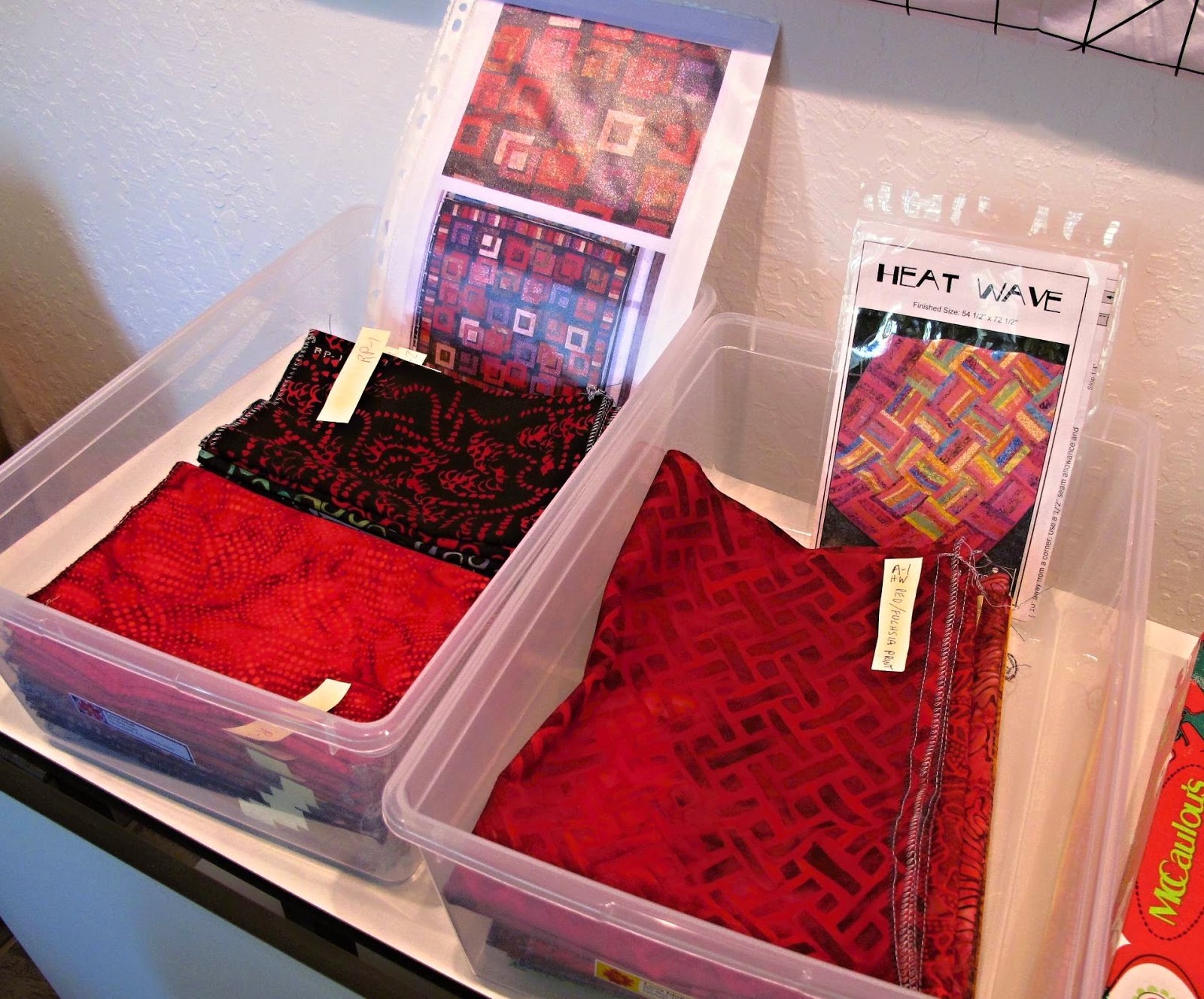 "Framework" is not amenable to such an easy and routine approach. Each block has two colors plus black, and not the same two colors. The pattern is in German with a Google Translate translation, leaving a few mysterious instructions. And it's in the metric system. I knew that and bought a metric quilter's ruler to make accurate cuts according to the pattern instructions. I have to start constructing blocks step by step before I can even begin to think of a mass cutting technique. So here's where I end up on the second day, hoping that after some more block.construction, I'll catch on to some way of cutting that is other than block by block. If it has to be done -- cutting and stitching -- to the tune of the thirty blocks in the quilt, I won't be finished by Saturday, our last full day to work. 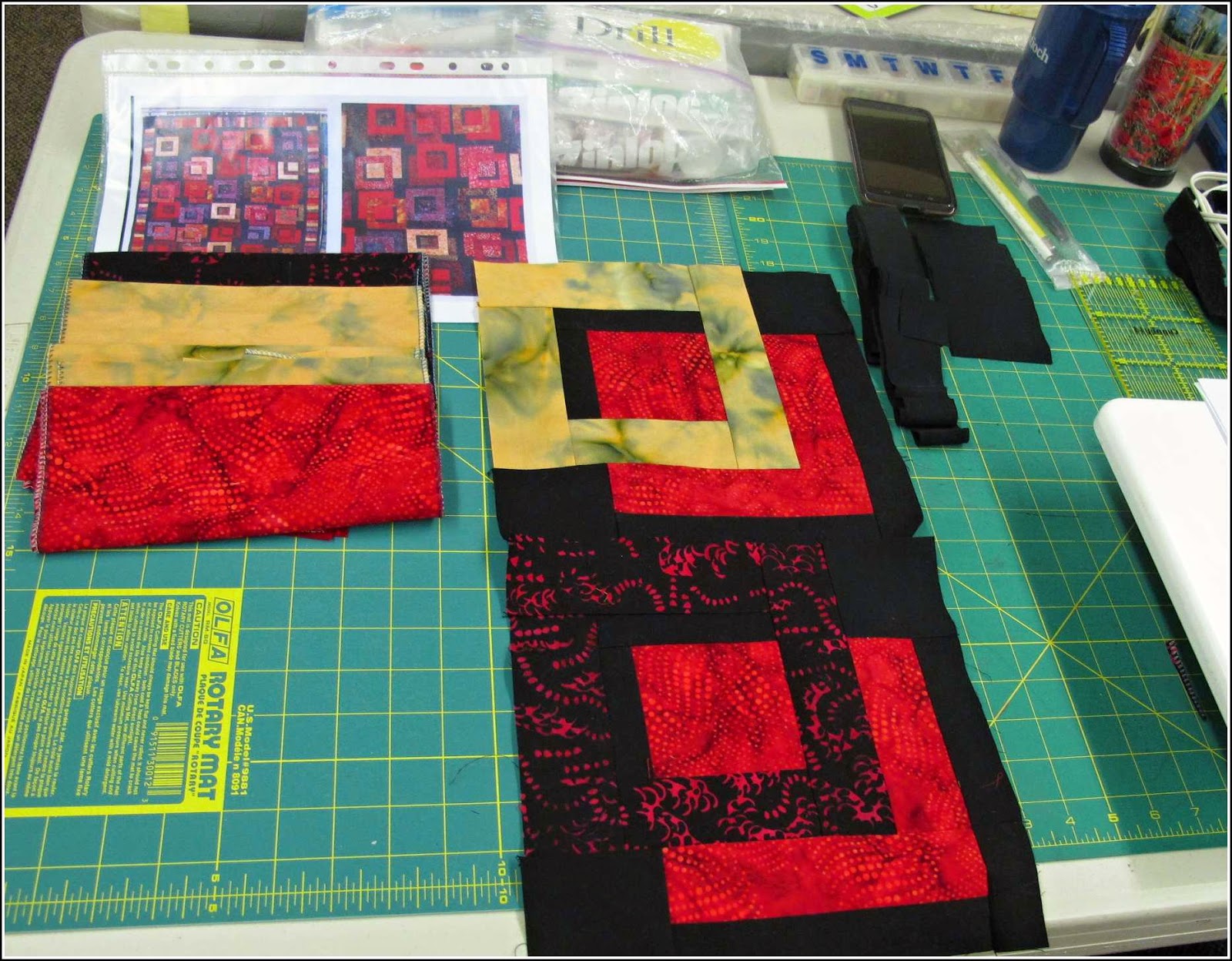