I'm walking through the parking lot of the post office, rough asphalt, a little bumpy, a little sandy, avoiding the berm that stops the cars so they won't run into the building, watching for cars coming up the ramp to the lot, or backing out of parking spots in games of chicken to exit first. Suddenly my mind plays the image of my left eye socket and that rough pavement racing toward a collision. Panic freezes me. What brought that on? Maybe a premonition, maybe just an awful flashback to the fall I’d taken just before I left France on my last trip. Do not get distracted! Watch every step! I say to myself.

I feel like I just got off that long return flight from the lavender ladies' trip and here I'm off on another of those long flights. It's been a rush . . . and you can think of more than one usage of the term.


Friday night, Sister and Brother-in-Law arrive back to their mountain home, cats in tow for the duration. We go out for pizza.  On the way home after dark, I watch wispy clouds scud across the almost-full moon.  Maybe it will be full on the night I fly back to France.

I can never get moonshots right. I need a tripod, instructions on manual settings, maybe a different camera. But I won’t change cameras, because although those pictures that clearly show the moon’s features are spectacular, I like the misty ambiance that propping the camera on the hood of the truck and tilting it upward enough to miss the two bright outside lights at the neighbor’s across the street and the streetlight gives me.

I get shutter-happy and collage those several whose clouds manage to show up. (Maybe you need a dark room and large screen computer to discern this. I have that.) 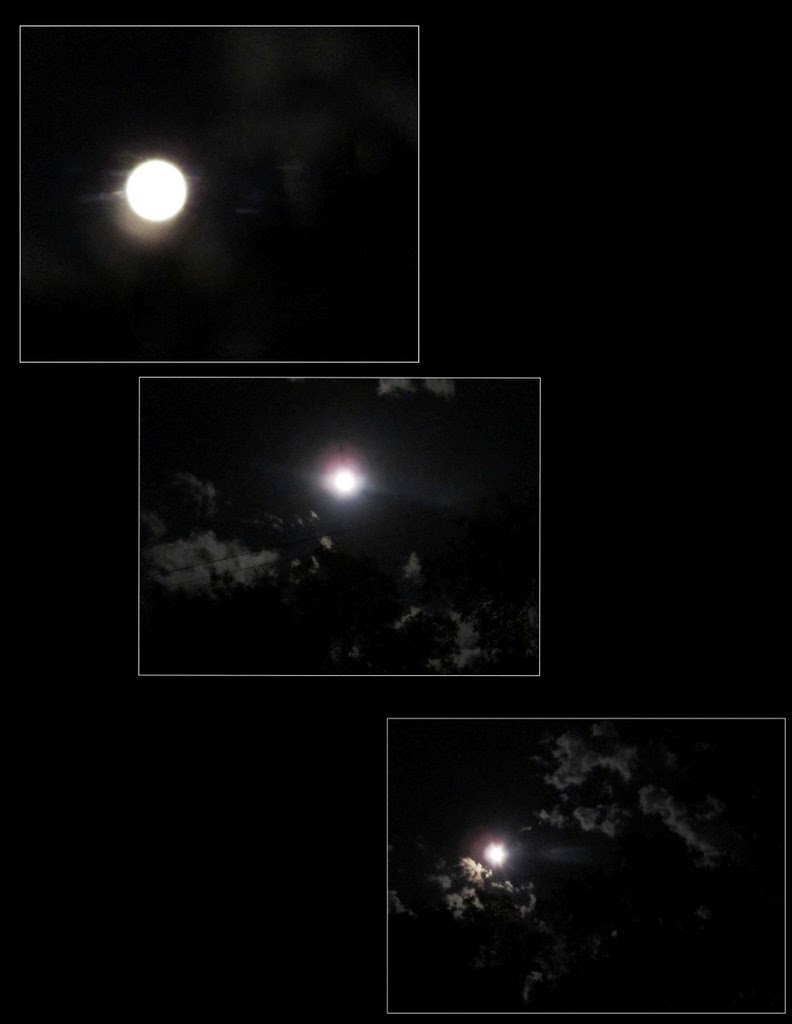 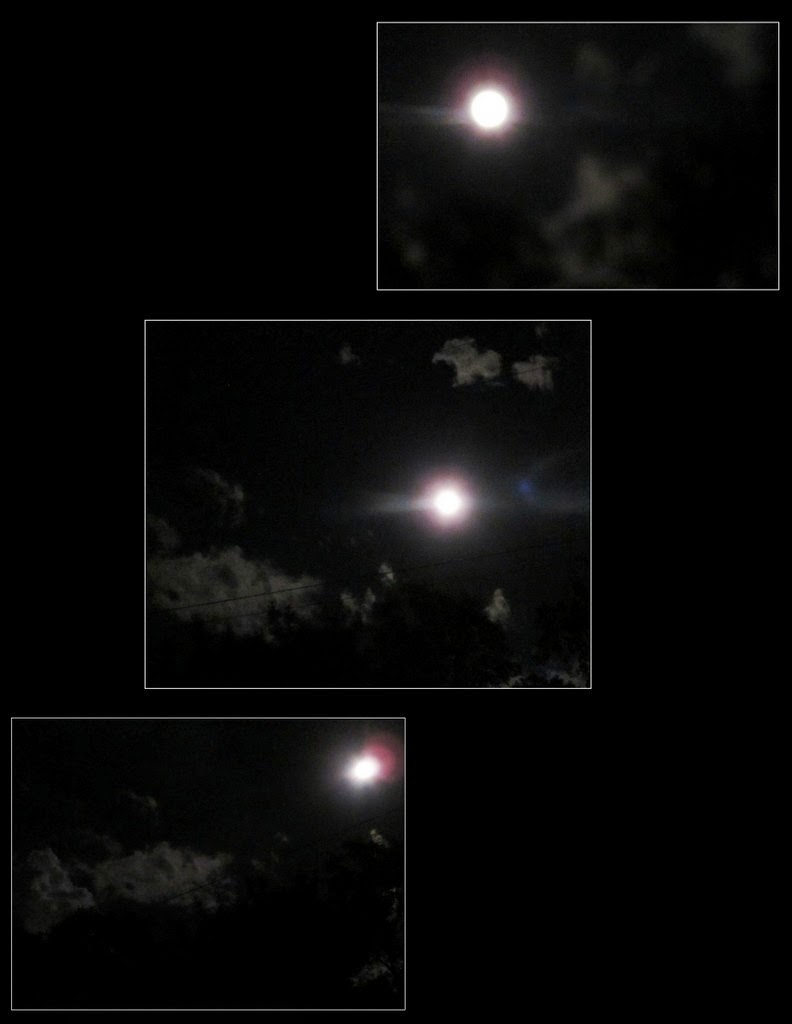 Trip preparation is going slowly and I ordinarily end up packing until 2 or 3 a.m. the night before my trip down to the launch site at Sister’s city home, then get up early the next day to finish it off.  The trip to the launch site would be on Tuesday. I decide to pack on Saturday and do all the other last minute stuff on Sunday
.
Laundry is finished, at least some of it – except for a couple of skirts I’m contemplating in addition to a dress I’m for sure taking. (Will I really ever really wear them?  It seldom happens.) I’m wasting water, just washing the two skirts.

By Saturday evening I’ve started making piles on the bed.  Selections begin. Blue pants, blue skirt; black pants, black dress. Brown skirt?  Tops and scarves to match?  I end up eliminating brown altogether. Then I eliminate the blue skirt. Two things not to have to iron.

By 9:30, piles are developing. Clothing will be packed into Pack-It cubes. (Perhaps that should be affixed with a ™.) 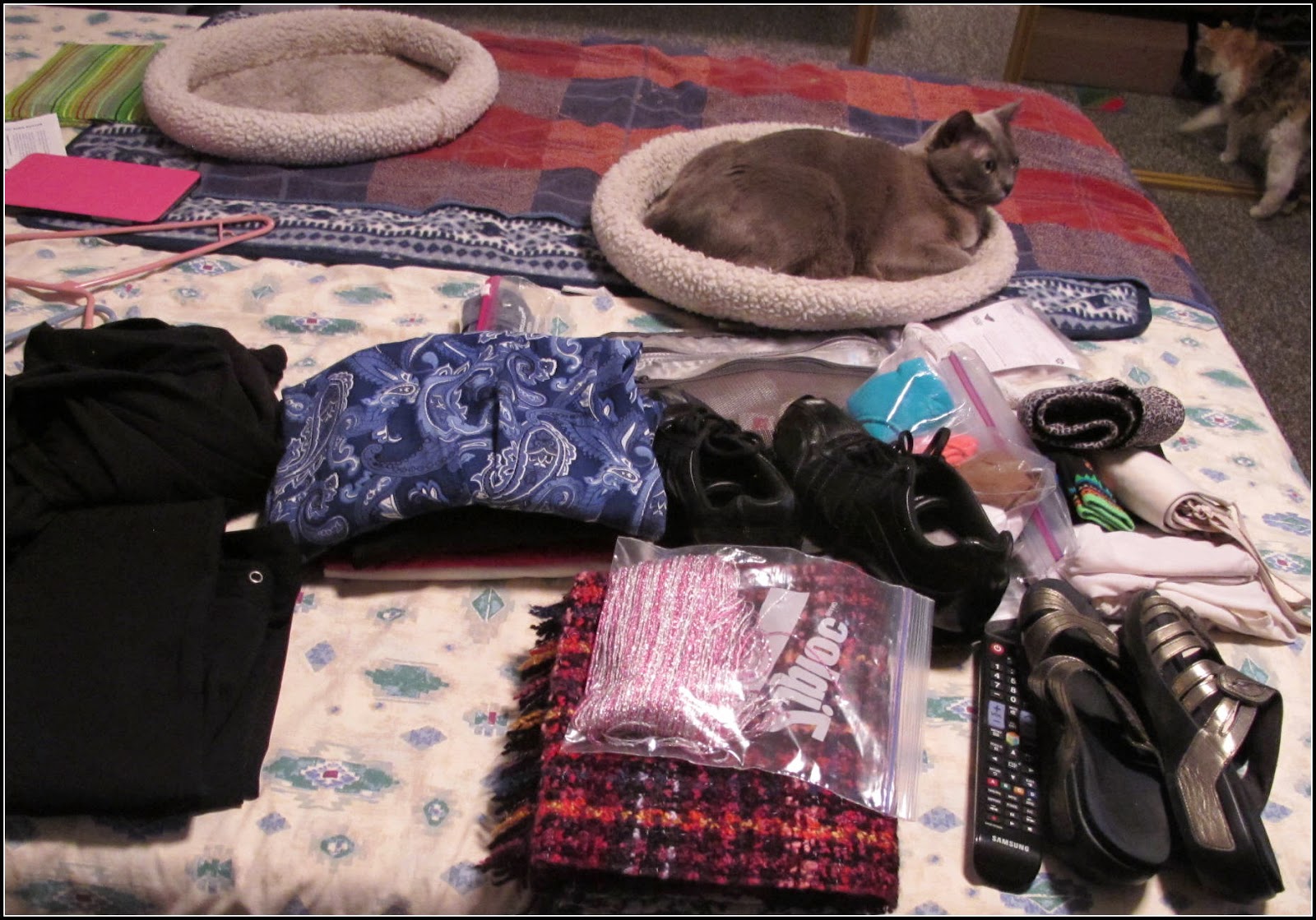 By 2:15 a.m. Henley decides I’m serious about this and tangles his arms around the straps to my backpack and his toenails into the mesh on the tops of the Pack-Its, slashing out at me if I try to remove them from his grasp.

We’re getting a lot of reminders about last year around this time, the gigantic Rim Fire, which licked up to doorsteps in our development: fires in places around us that didn’t get burned up that time. A lightning-caused fire that may have been smoldering for some time has been fanned to dangerous proportions behind Half Dome in Yosemite. We see daunting rescues of hikers off the top of Half Dome by helicopters, although maybe if you have the nerve to climb up Half Dome, being plucked off by helicopter is no big deal. Many hikers in the area are also airlifted out.


This is a shot of my TV screen with the first coverage I’ve seen. Subsequently, the stunning photo of Half Dome itself with the fire in the background began appearing on Internet media and TV. 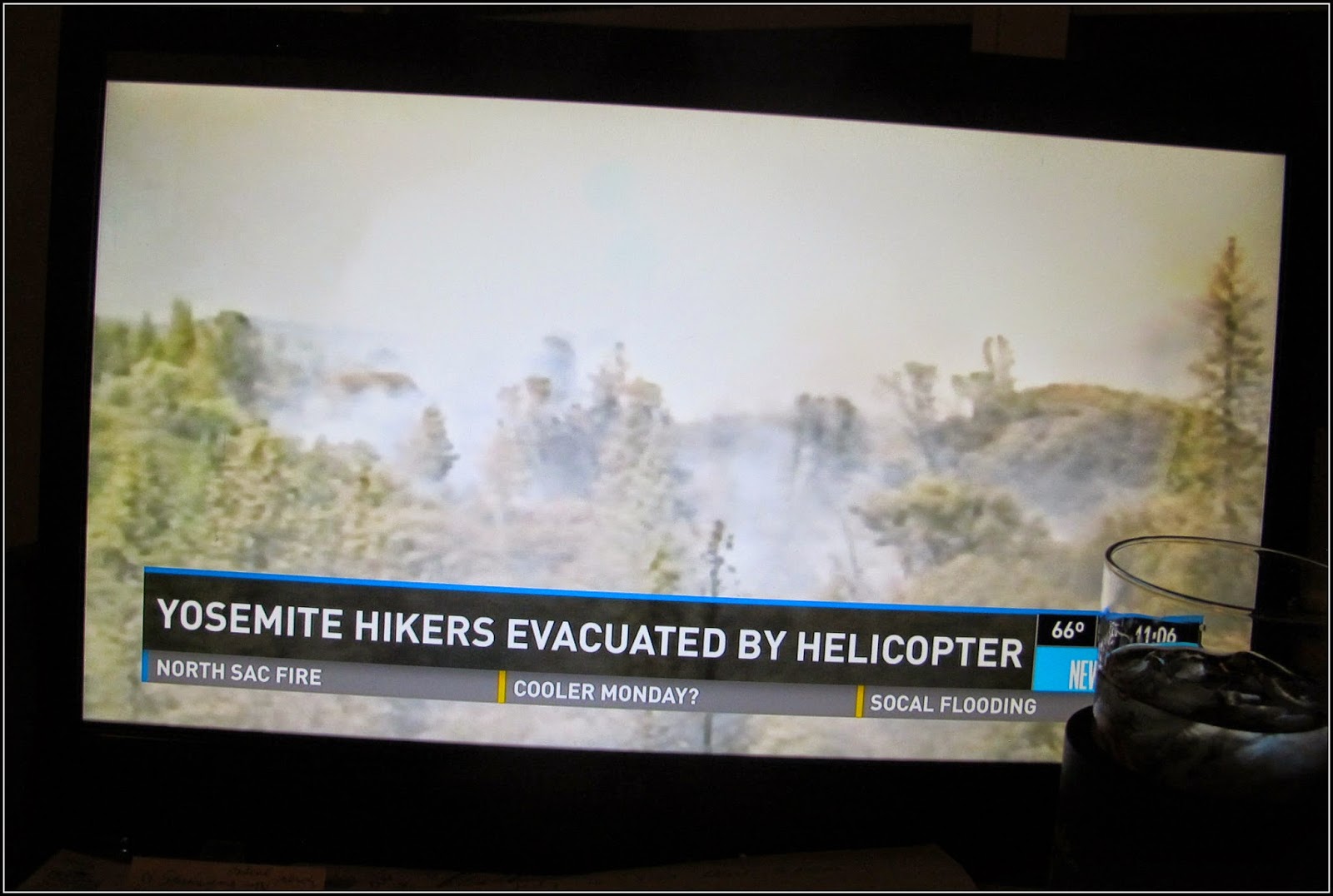 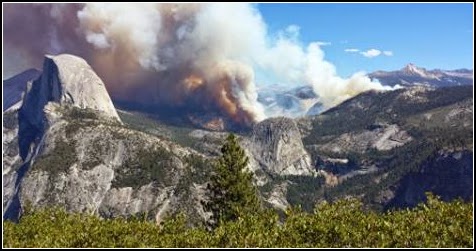 I take a screen capture of my moon phase widget on my blog sidebar. I will be a day late for flying with a full moon. 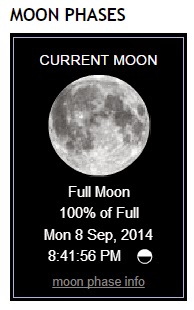