Off and running . . . er, maybe I can manage a brisk walk


I'm glad I don't have to navigate to the hotel. As a passenger in Lisa's rental car, I feel like we're darting about in a series of curlicues. The hotel is probably a mile from the airport as the crow flies but we go round and round and spill out in the hotel parking lot.

It's clean, modest, very reasonably priced. The staff is nice and I recognize most of them from same time last year. The bed is hard as a rock but that doesn't keep me from taking a welcome shower, then throwing myself down on it for a little nap before dinner. The air conditioner is turned down to frigid and I work it up bit by bit so as not to freeze. The TV seems to have only French channels, so if any of the critical happenings I left behind yesterday have gone to hell, I won't know. 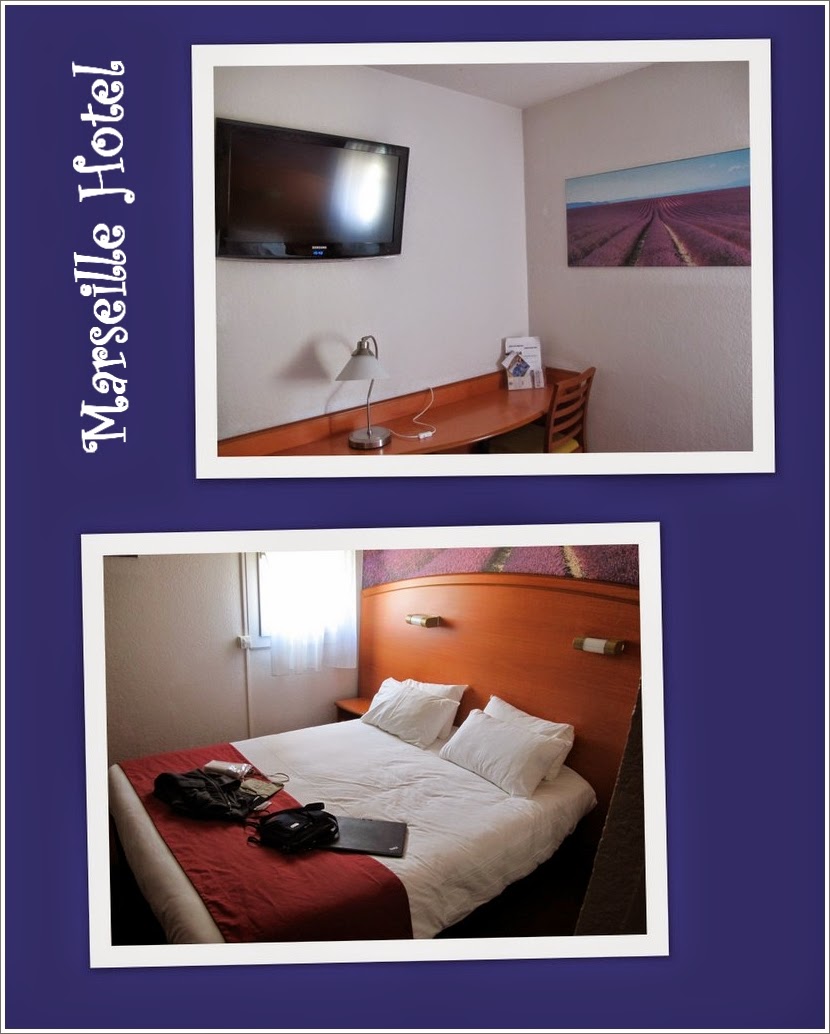 Eventually, starvation wins out over sleep and I go to the dining room for the buffet. The guy who will helpfully coach me through the breakfast buffet in the morning isn't there, so I take the first thing I see that looks tolerable after my unsettled tummy from the plane. Later I see I've missed the part where there are things like meat and potatoes, or, in this case, rice, on another table. A creamy gravy, covering some kind of meat I don't want, spooned onto the rice turns it into comfort food. There's one other diner when I begin, watching the Coupe de Monde from Brazil. France is playing Switzerland. 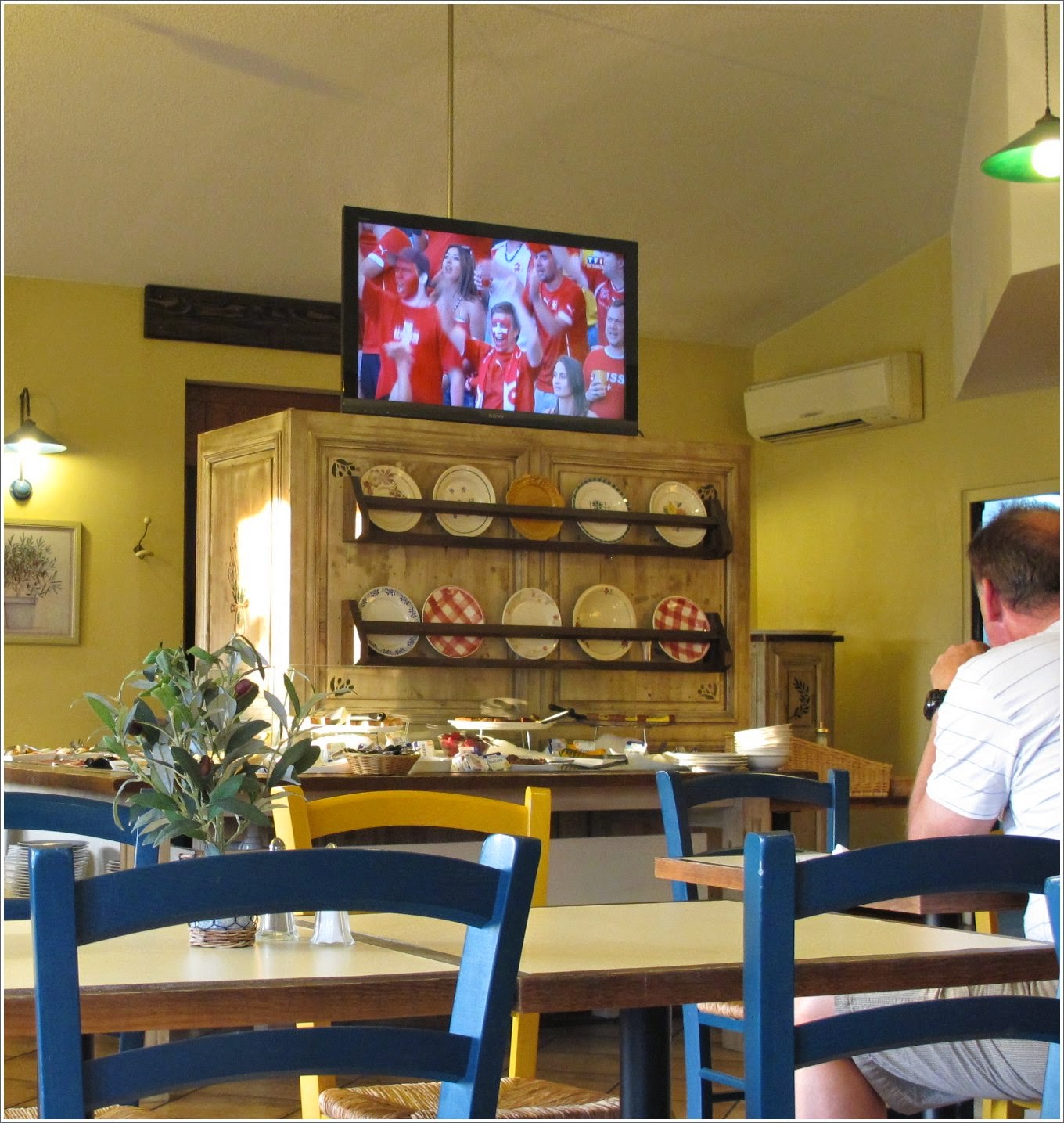 I stall there for as long as seems reasonable, going back for dessert-y things.

It's scoreless for awhile, but France eventually gets two unanswered goals and I decide to go back to my room to watch the rest there.

Only I forget to turn the TV on. It's not until the next morning that I see the morning broadcast in the breakfast room (formerly known as the dining room) with French jubilation at their team's whomping of the Swiss, interspersed with news about a train strike.  And is this the same day the US has beat Germany? As a non-fan, I can get caught up in the victories without understanding much of what's going on. As a traveler, who anticipates some of my fellow travelers arriving by train, I wish I understood even more.

Lisa, and Beth and G, the other leaders, eventually come down for breakfast, too. I stick with Lisa for the day to pick up two more people at the airport, while Beth and G will take two cars to Avignon to pick up most of the rest arriving on the TGV (fast train) from Paris.

Lisa has been to this dog and pony show before. She know the ropes for commandeering a table at the food court, so I maintain the space there while she goes off to meet our first person at the gate.

It's a place for waiting, and waiting. And waiting. 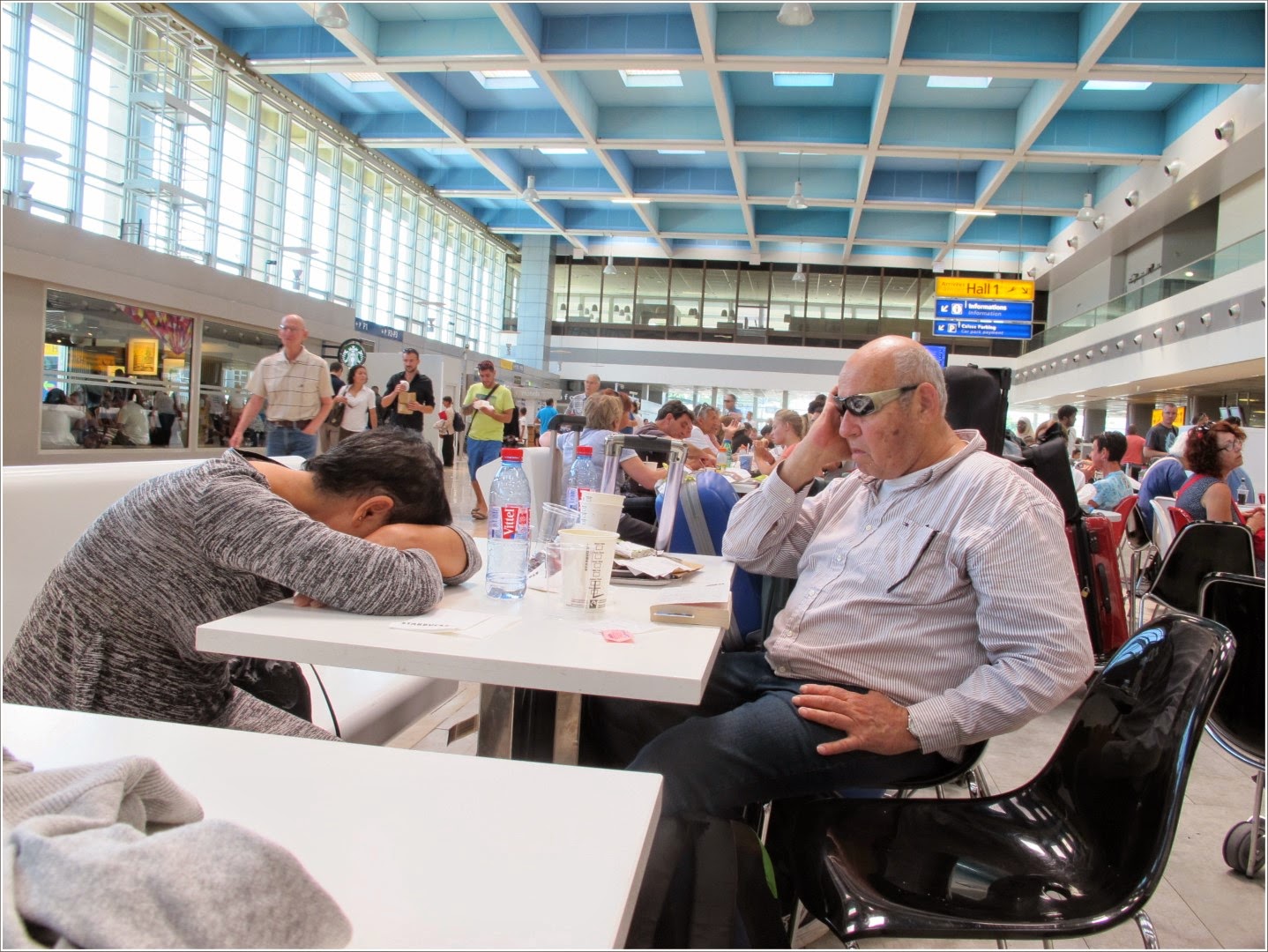 Lisa is gone for ages. I can't abandon my station to go see what's happening (or not), but I'm about ready to follow the example of the people at the next table. Eventually Lisa comes back with Shannon. We get a bite to eat and it's time to go to the gate to collect Jeanne.

When we arrive at the villa in Sainte-Cécile-les-Vignes, Sister and Brother-in-Law's Morgan is in the driveway and they've moved themselves into the house. The train people are milling around, too.

We have a group dinner at an Italian café in town that makes the World's Best Lasagna. Really. That is my opinion. When various of us go back later to have it again, we find it is not on the menu; it's specially made just for our group. That must be why it is so very fresh and honest. (Nina C., can I use that terminology for lasagna? Because that's how it feels.) 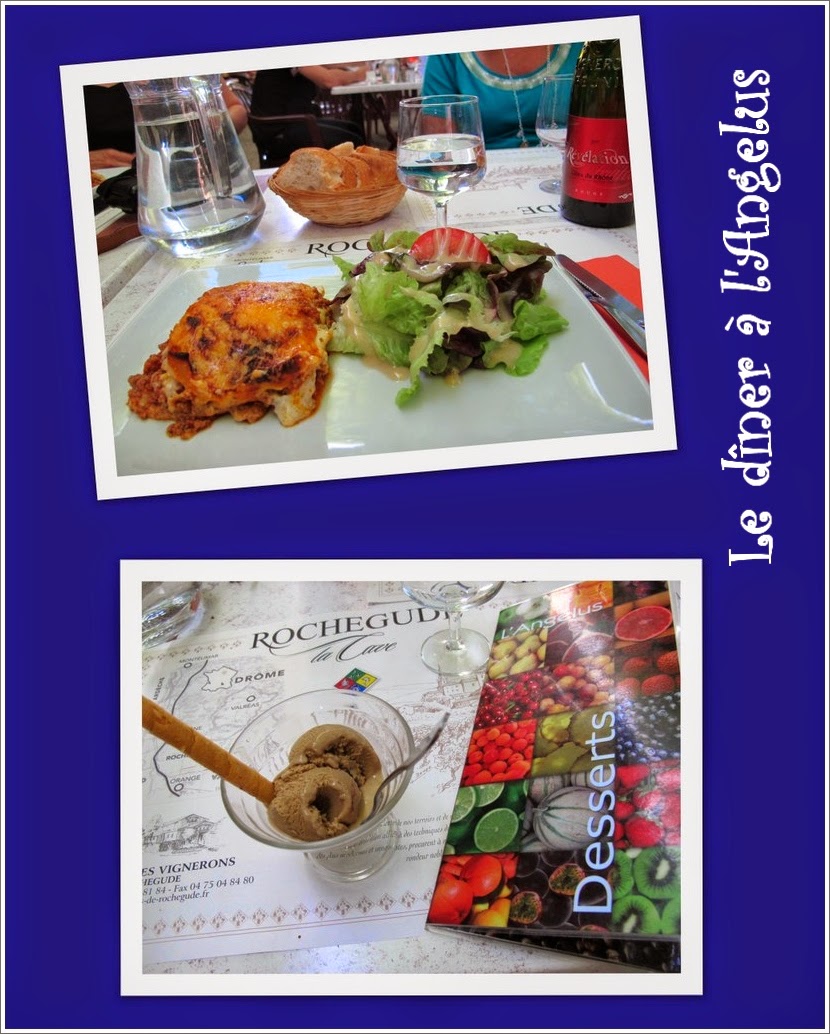 It's dusk when we finally head back to the villa. There is a music festival in town and we wander through the venues to find what look mostly like teenage bands with a lot of loud enthusiasm, but not too many spectators. Perhaps there were bigger crowds before we came by.

The rest of the streets are quiet, their soft pastels fading with the light. 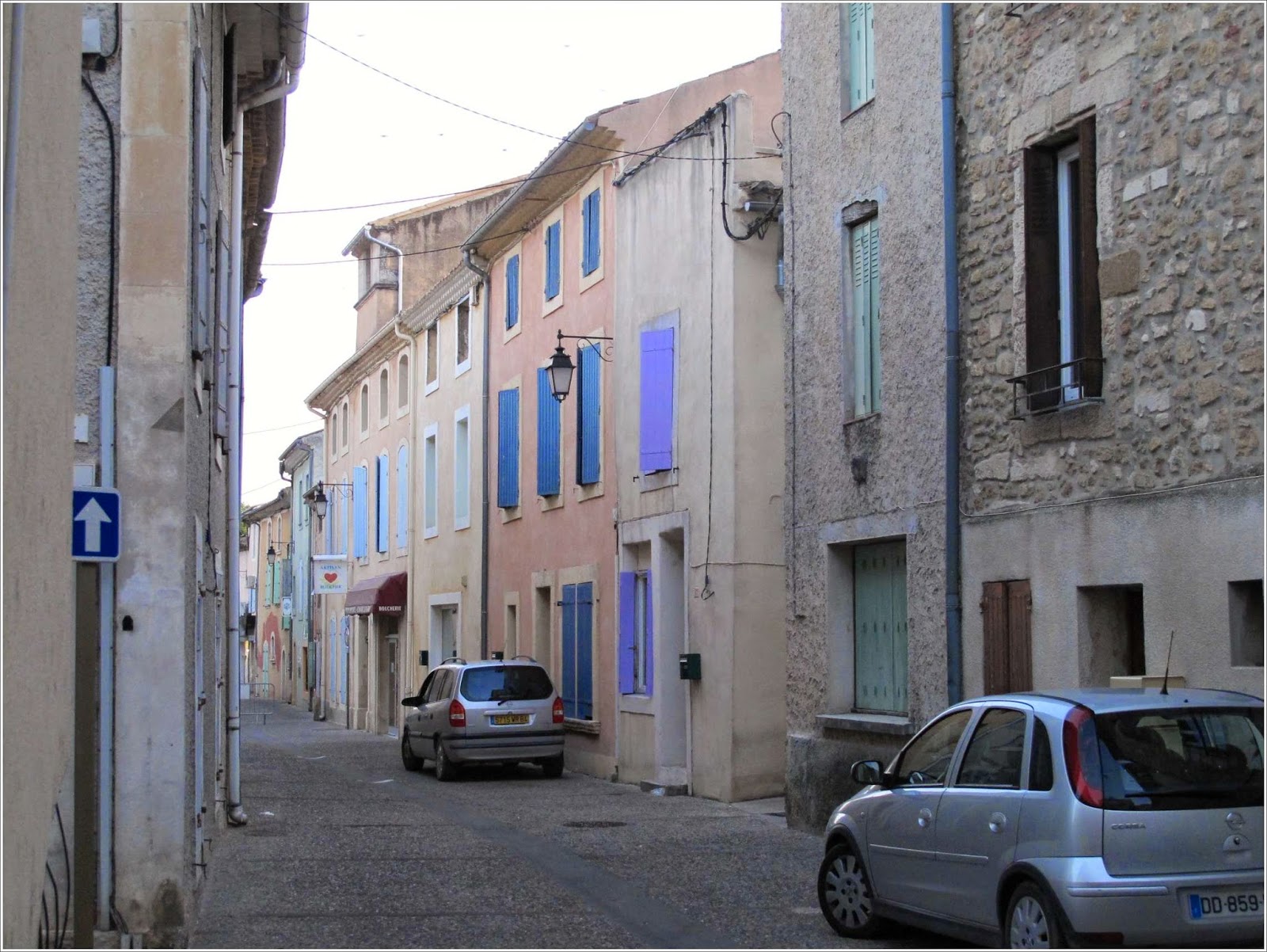 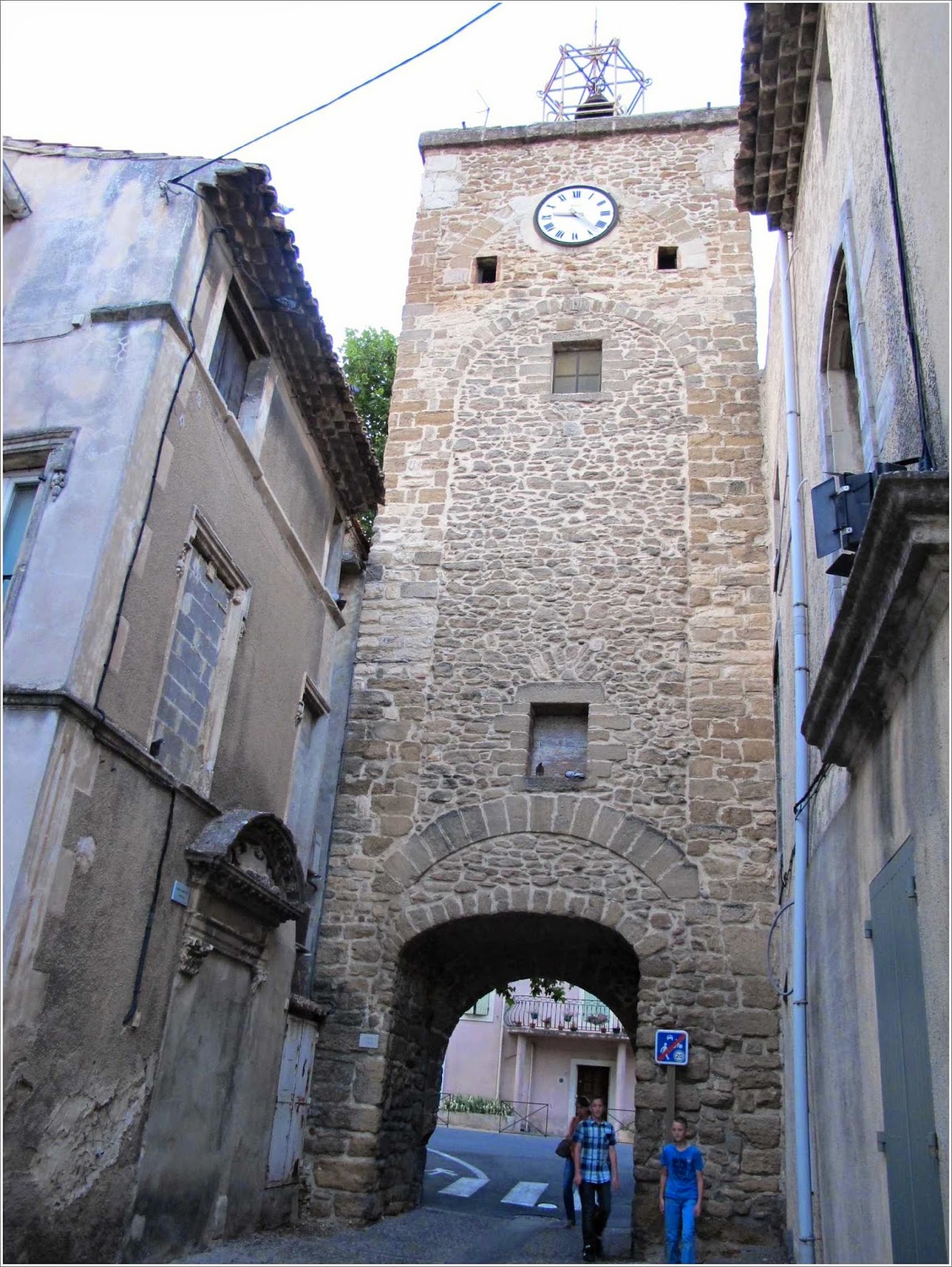 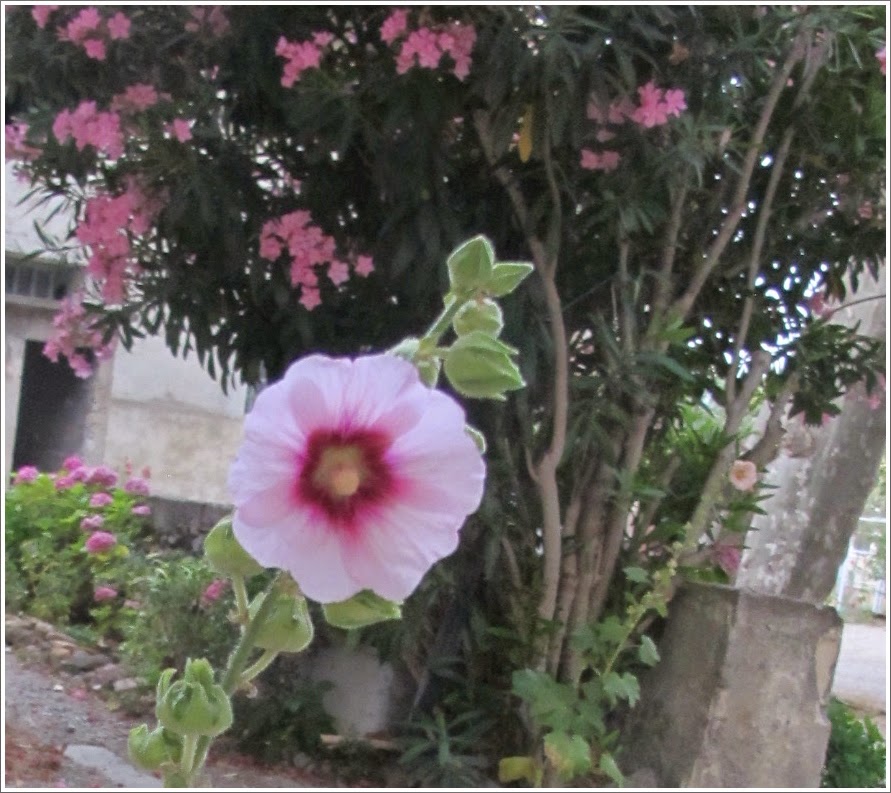 On our return, a load of wash from the tiny, oh-so-slow washing machine is finally finished, so the Three Sisters (of which more later), who have been in Paris for several days, finally get a chance hang their washing backlog out to dry. 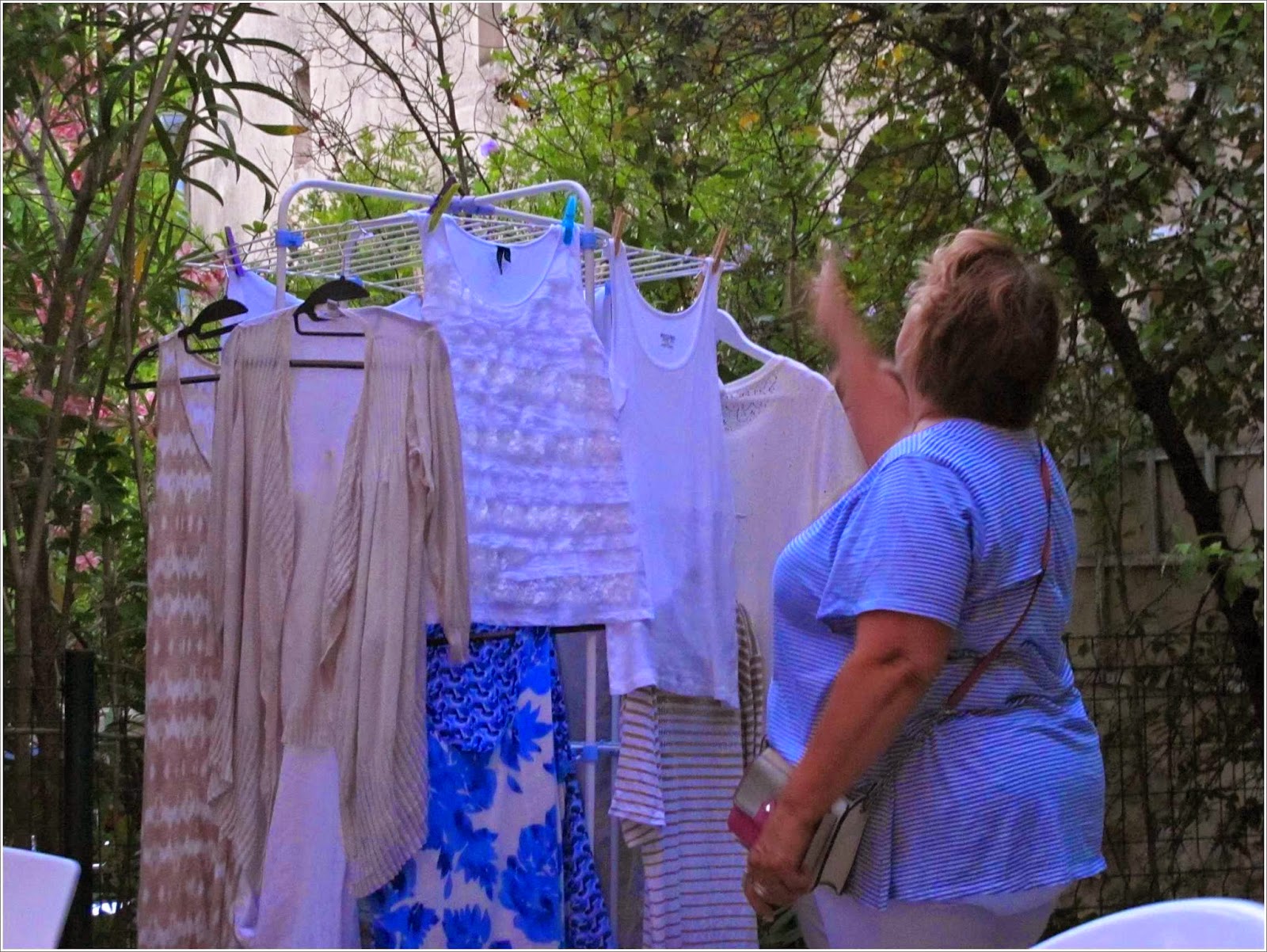 Tomorrow, we'll be settled in and Go to Market.