It looked like this (first photo) the first time I came here. I'm not sure of the year and don't have all my years of  itineraries at hand to try to figure it out. Was it in 2006 with Paul Cezanne? 2008 with Vincent van Gogh? Or 2009 with Pablo Picasso? All when they were operated by the entity Cathédrale d'Images.

Or after Cathédrale d'Images got kicked out and it was reopened under a new operator, Carrières de Lumières, which has produced in 2013 Monet, Renoir ... Chagall: Voyages en Méditerranée; and is currently showing Klimt et Vienne: 100 Years of Viennese Painting leading up to Gustav Klimt's work; and Invisible Cities - an 8 minute short shown between presentations of the feature? I feel like my visit this time is my 5th, but maybe I have wanted to see all these shows so badly that I think that I have seen them all.

The look of the entrance has changed, but the show of color and light projected on walls, pillars and floors of an old limestone quarry is as spectacular as ever. It's a phenomenon that can't adequately be described in words. I've tried before to photograph the images, but not one photo came out. This time, it worked. The photos can only give glimpses of what is played across the walls of this vast space and lacks the glorious music that enhances it, but I'd like to whet your appetite to make a visit to Carrières de Lumières if you find yourself in the South of France. It's worth a side trip and you can double your fun by visiting the walled city and chateau at Les Baux de Provence just around the corner. 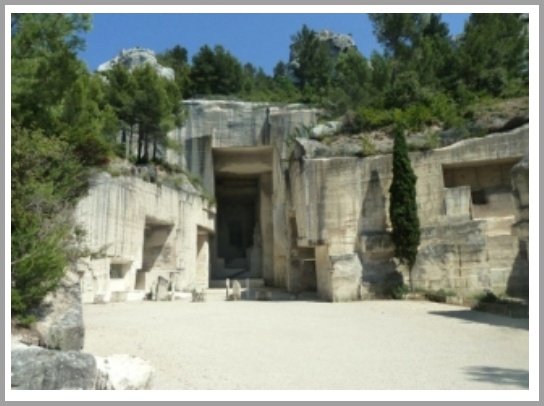 
The Carrières du Val d’Enfer quarry was created over the years for extracting and white limestone used in the construction of the Chateau and Les Baux. Large-scale stone production in the Saint-Rémy area forced quarry-workers to change mining techniques using hoists and pits leading to the surface. This, and the need for stone in the construction of the medieval Château and Les Baux, is why quarries were opened in this part of the Alpilles.

In 1935, economic competition from modern materials led to the closure of the quarries.

More information about the events being held can be found here. 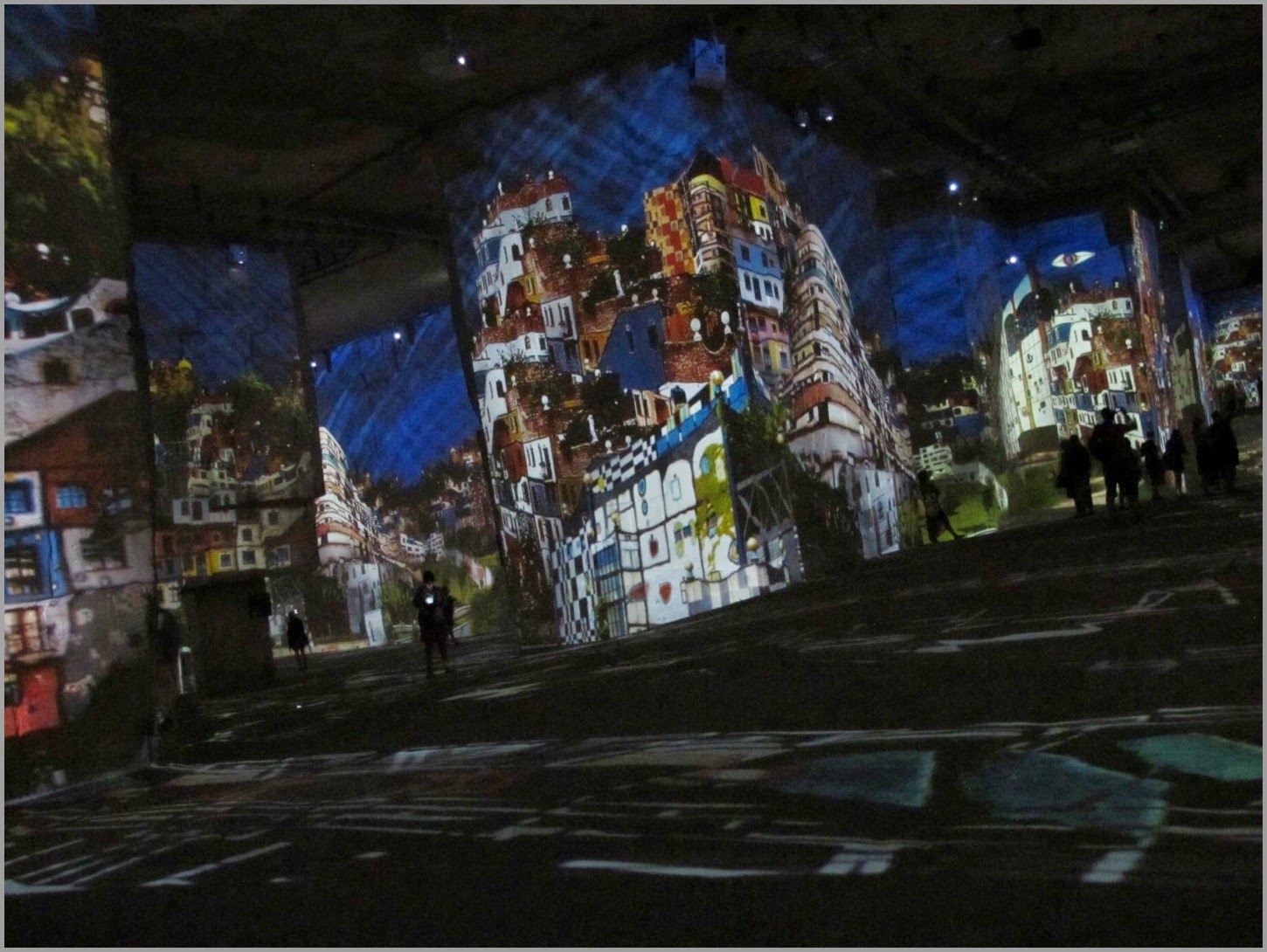 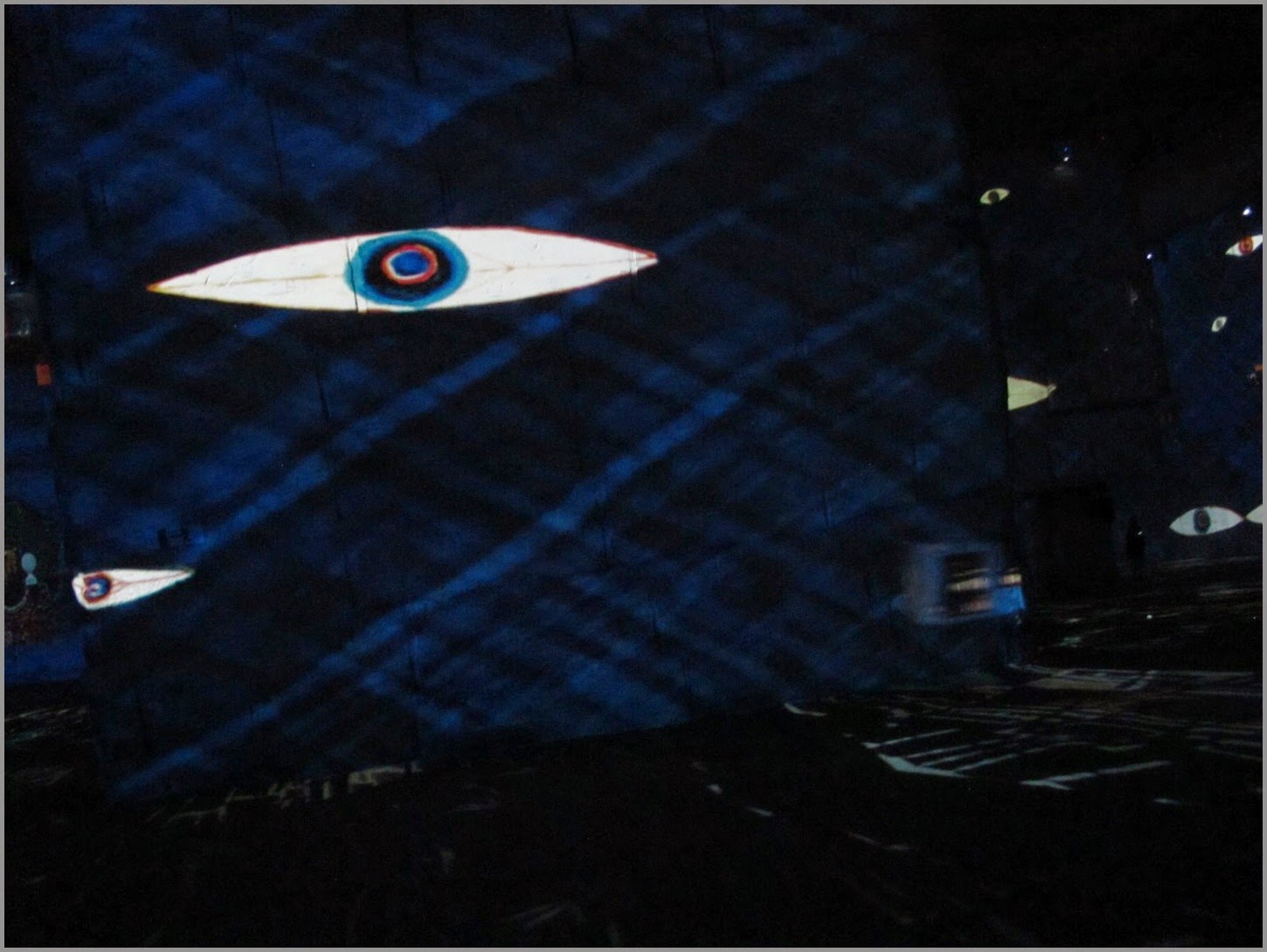 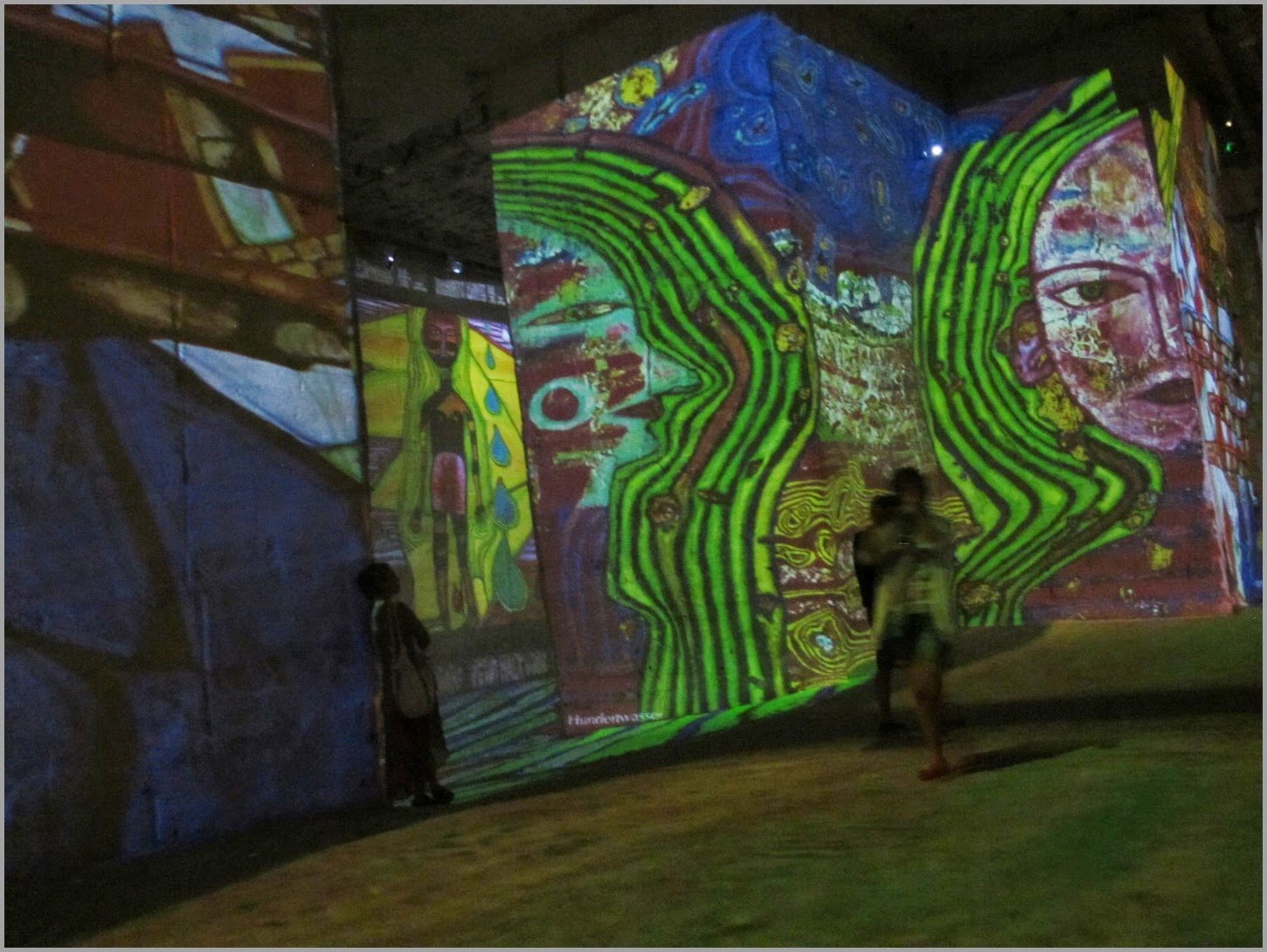 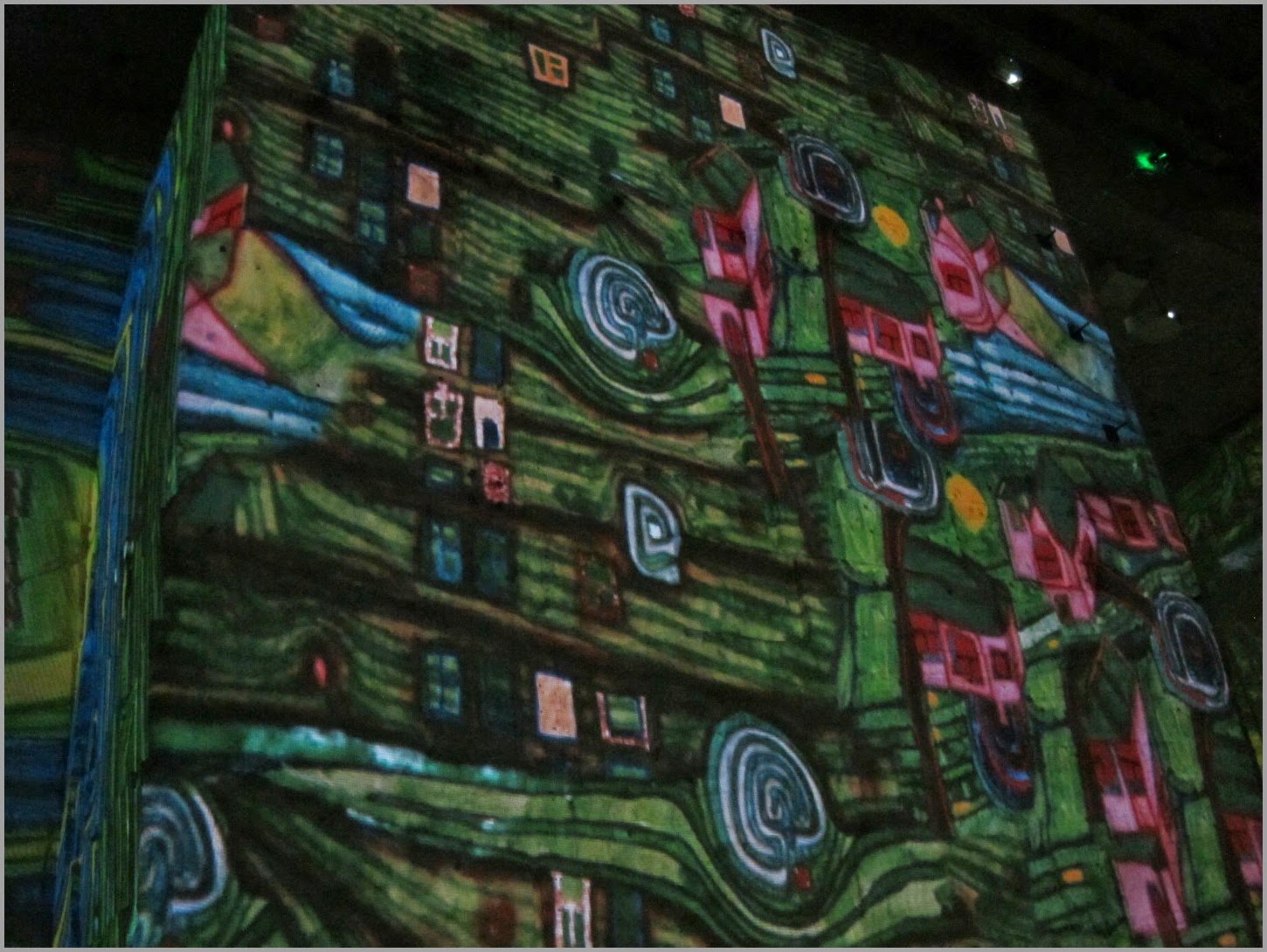 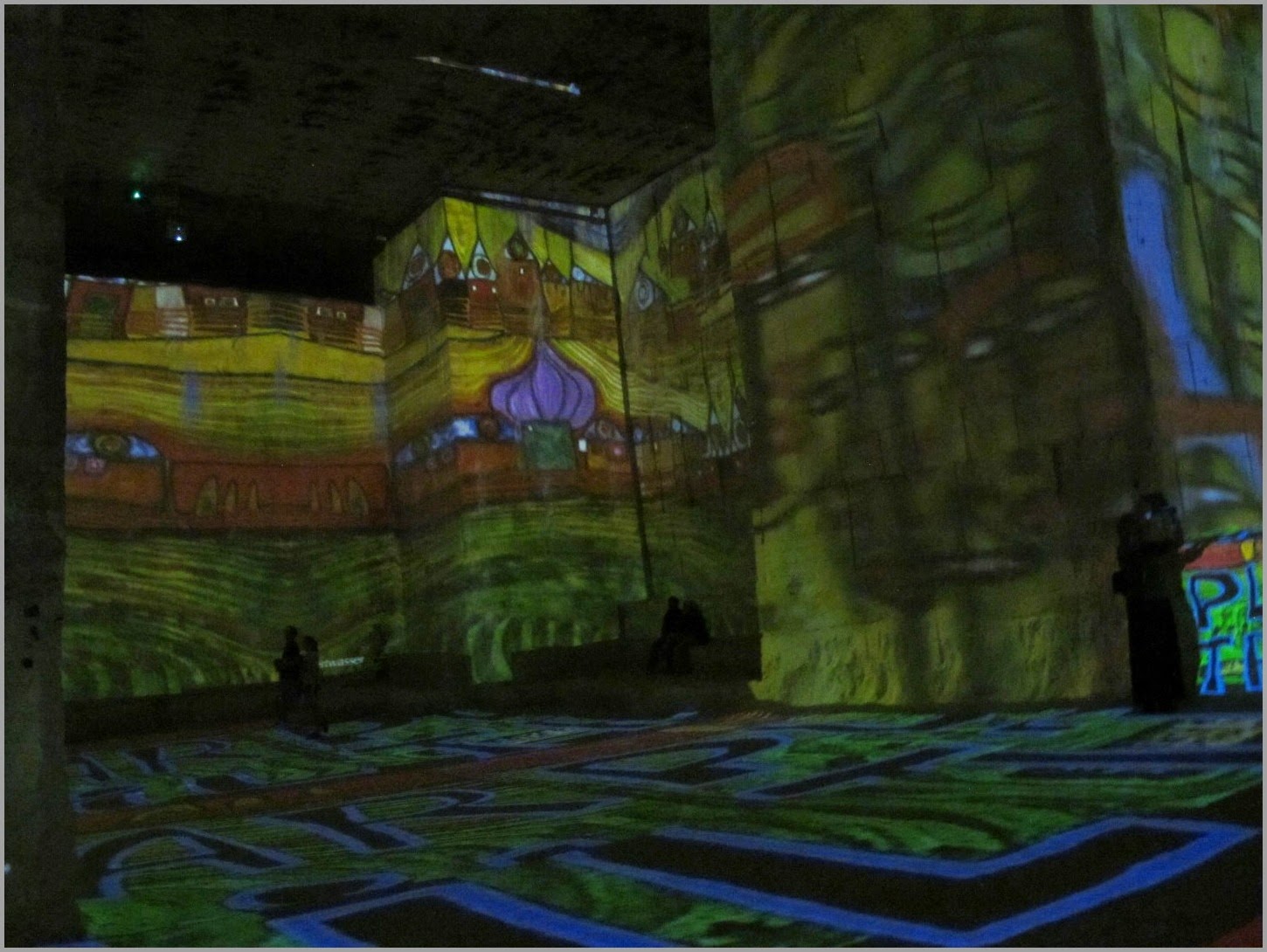 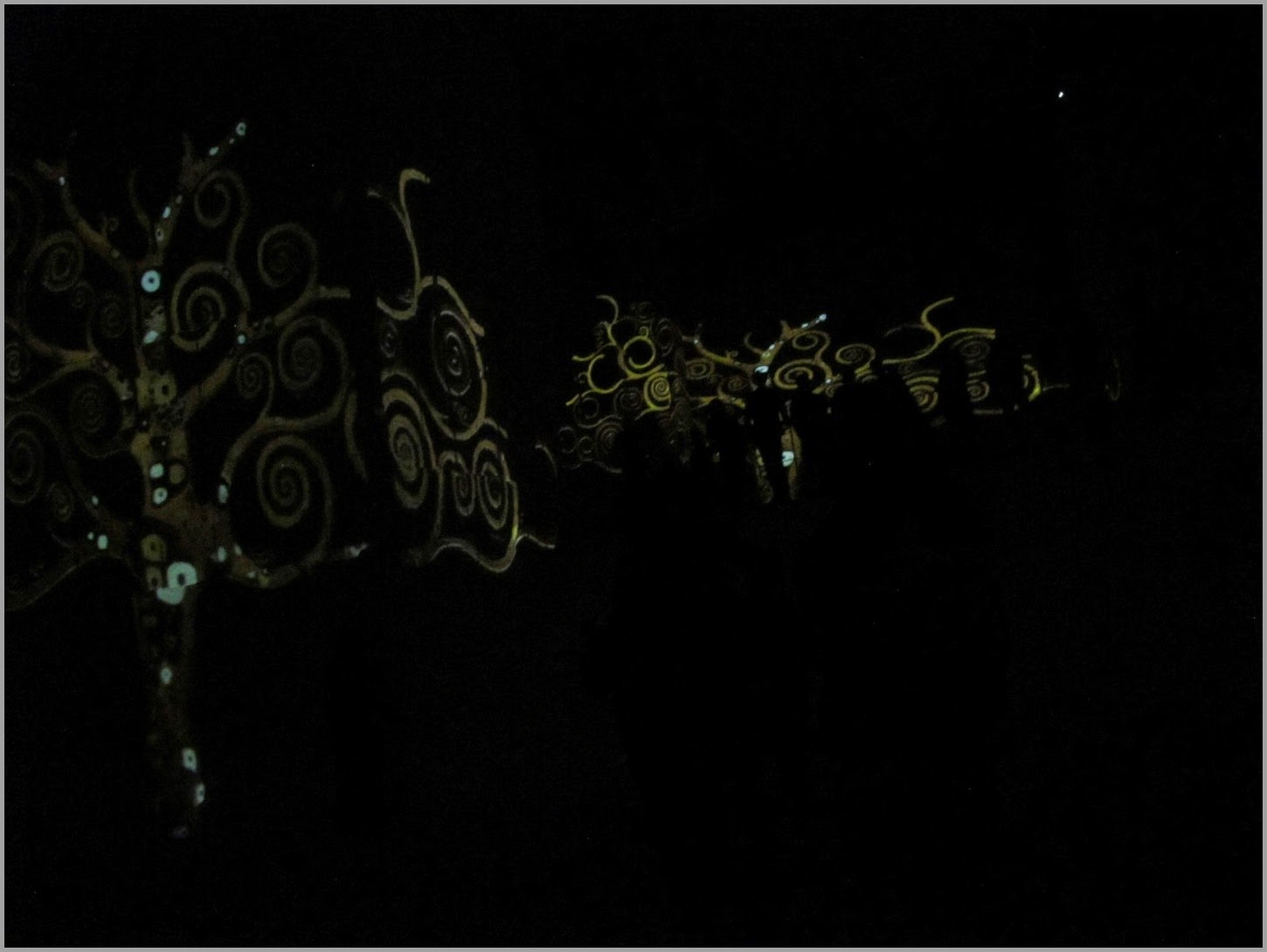 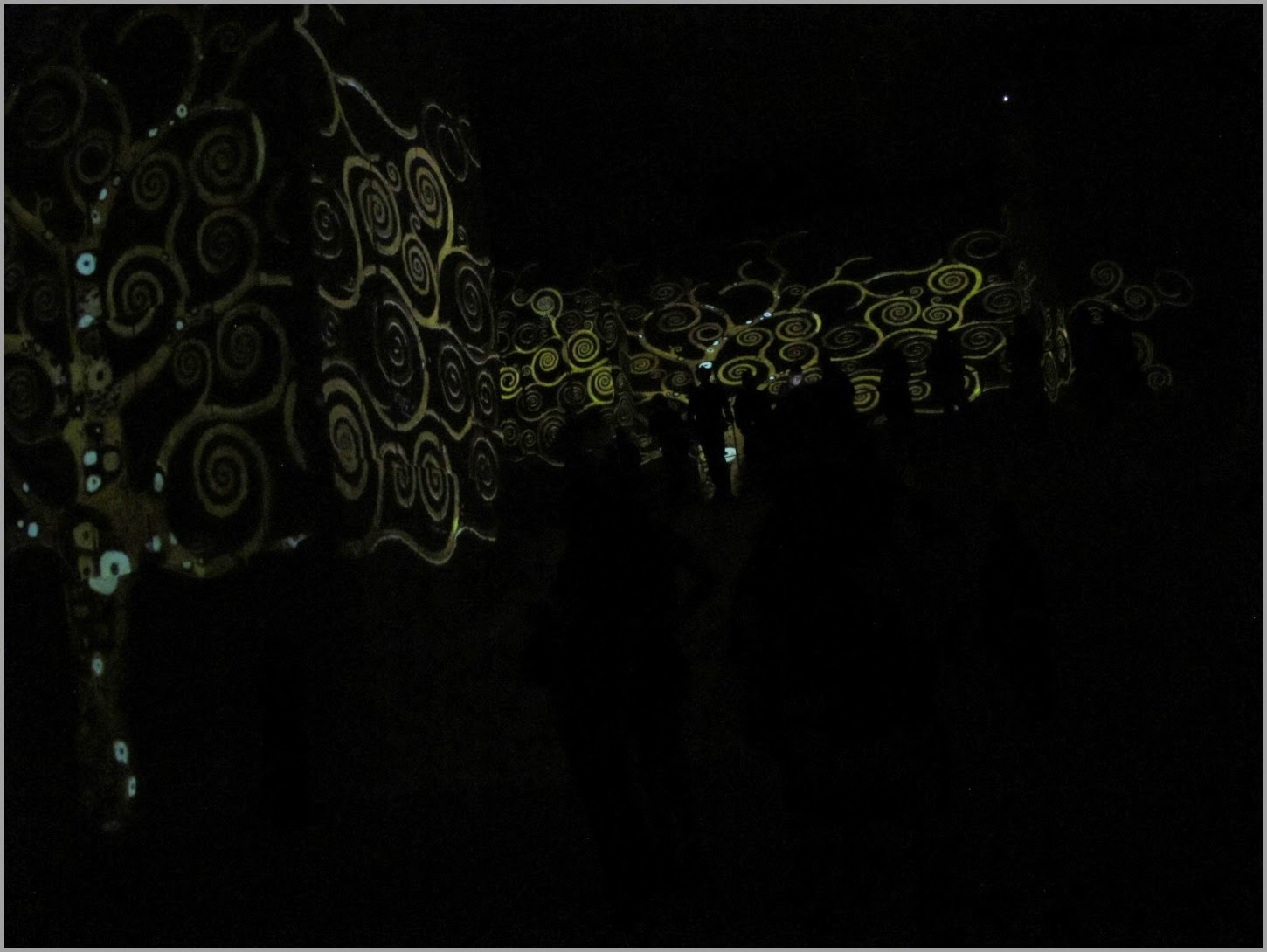 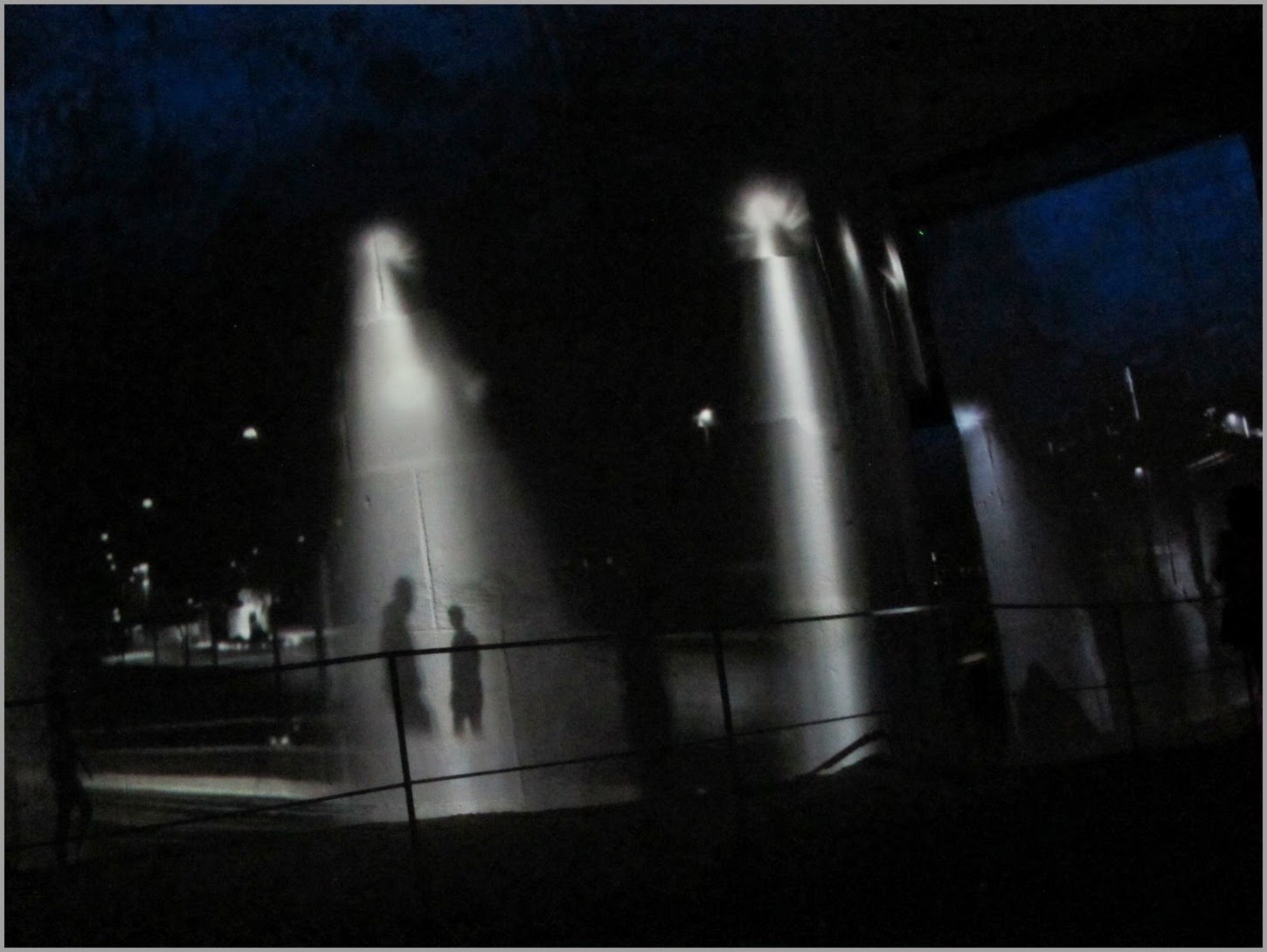 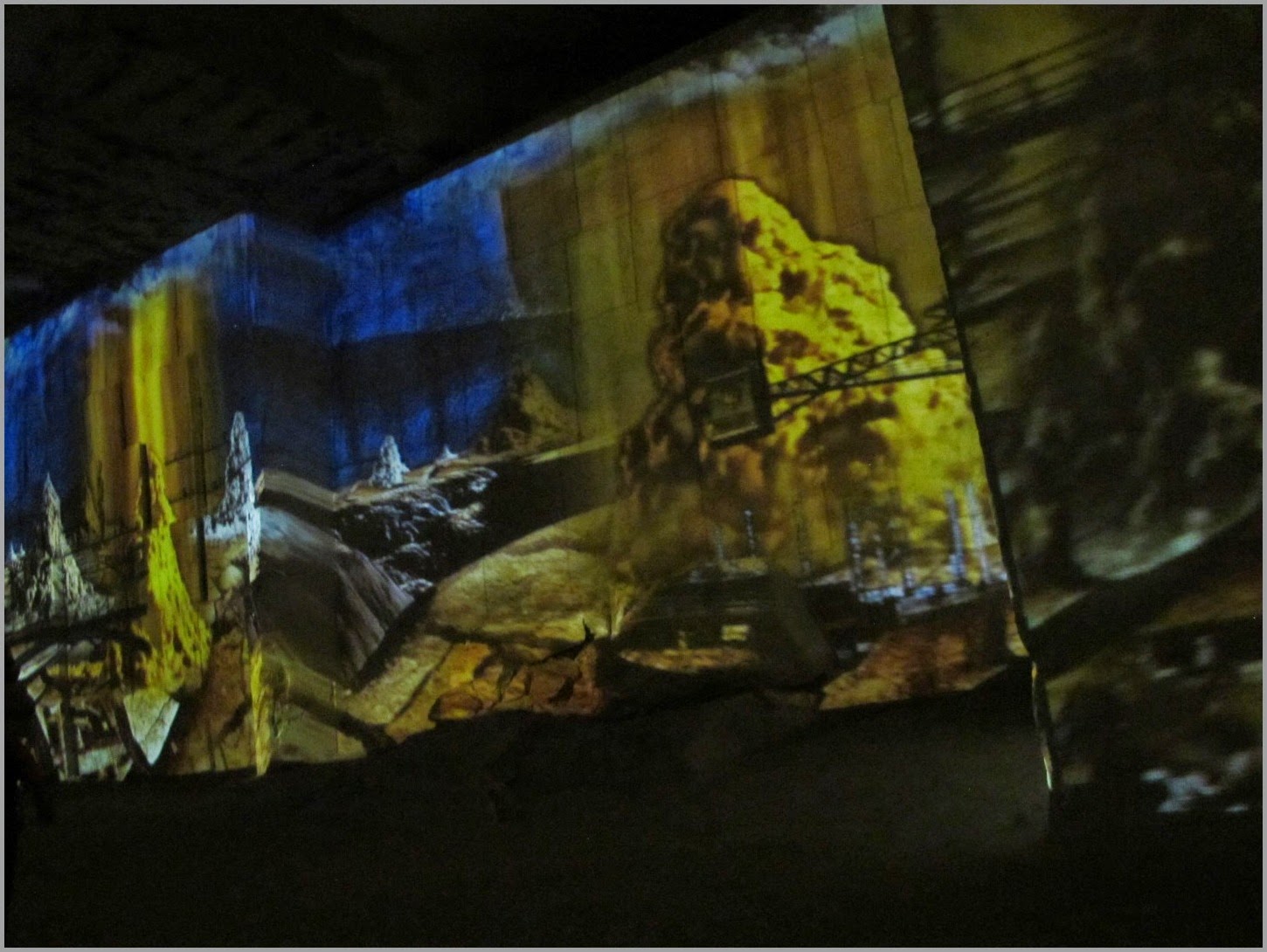 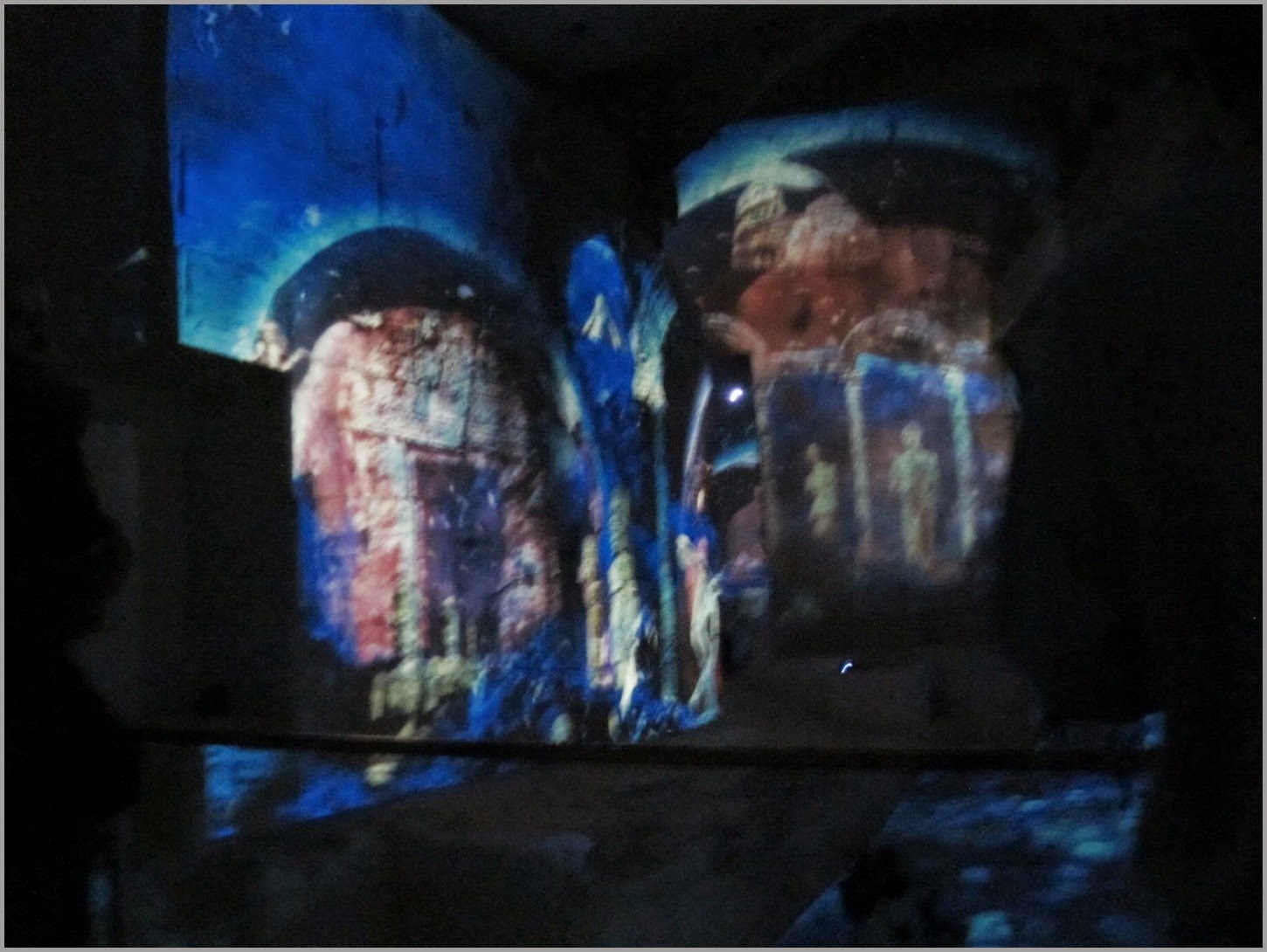 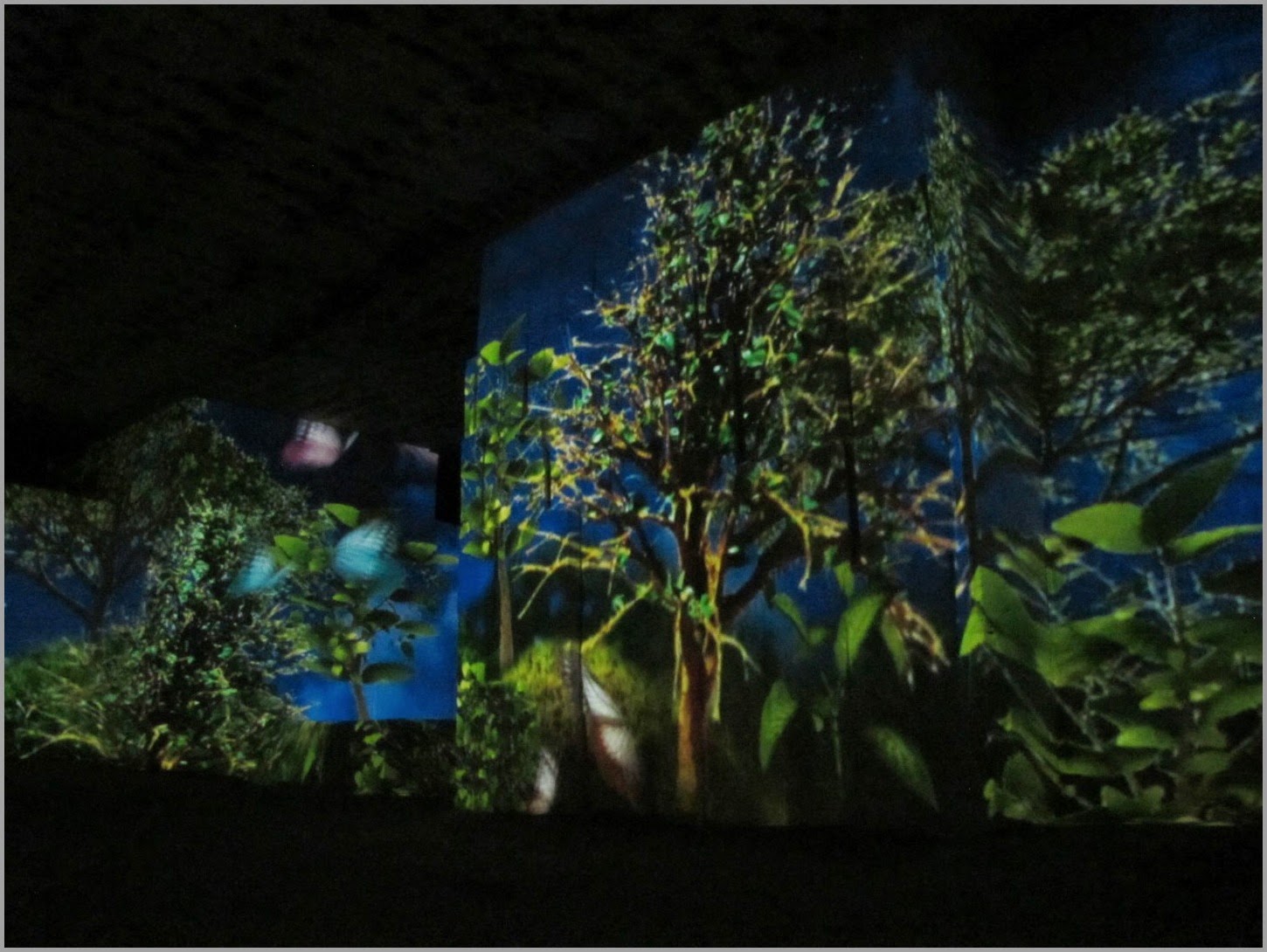 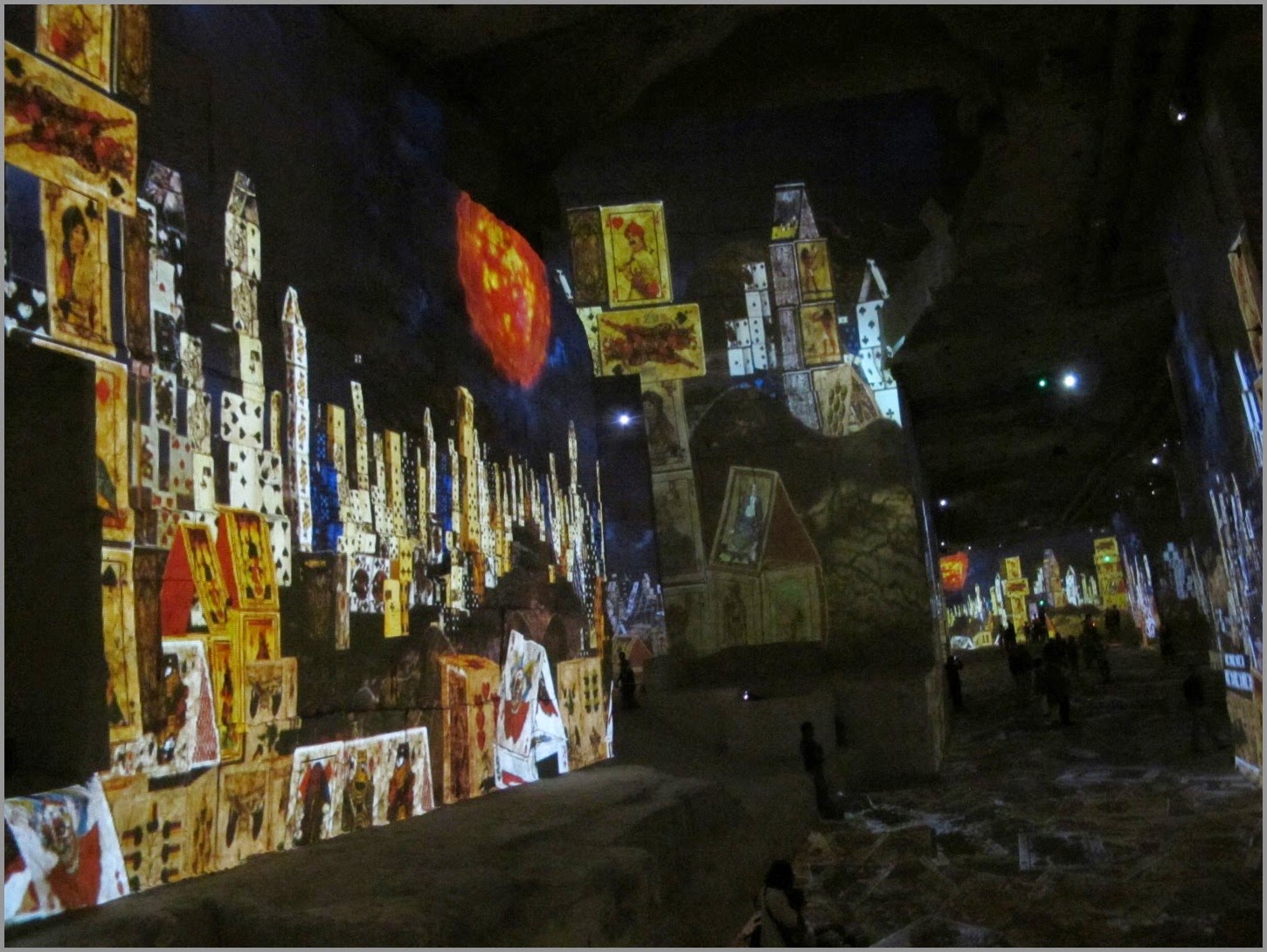 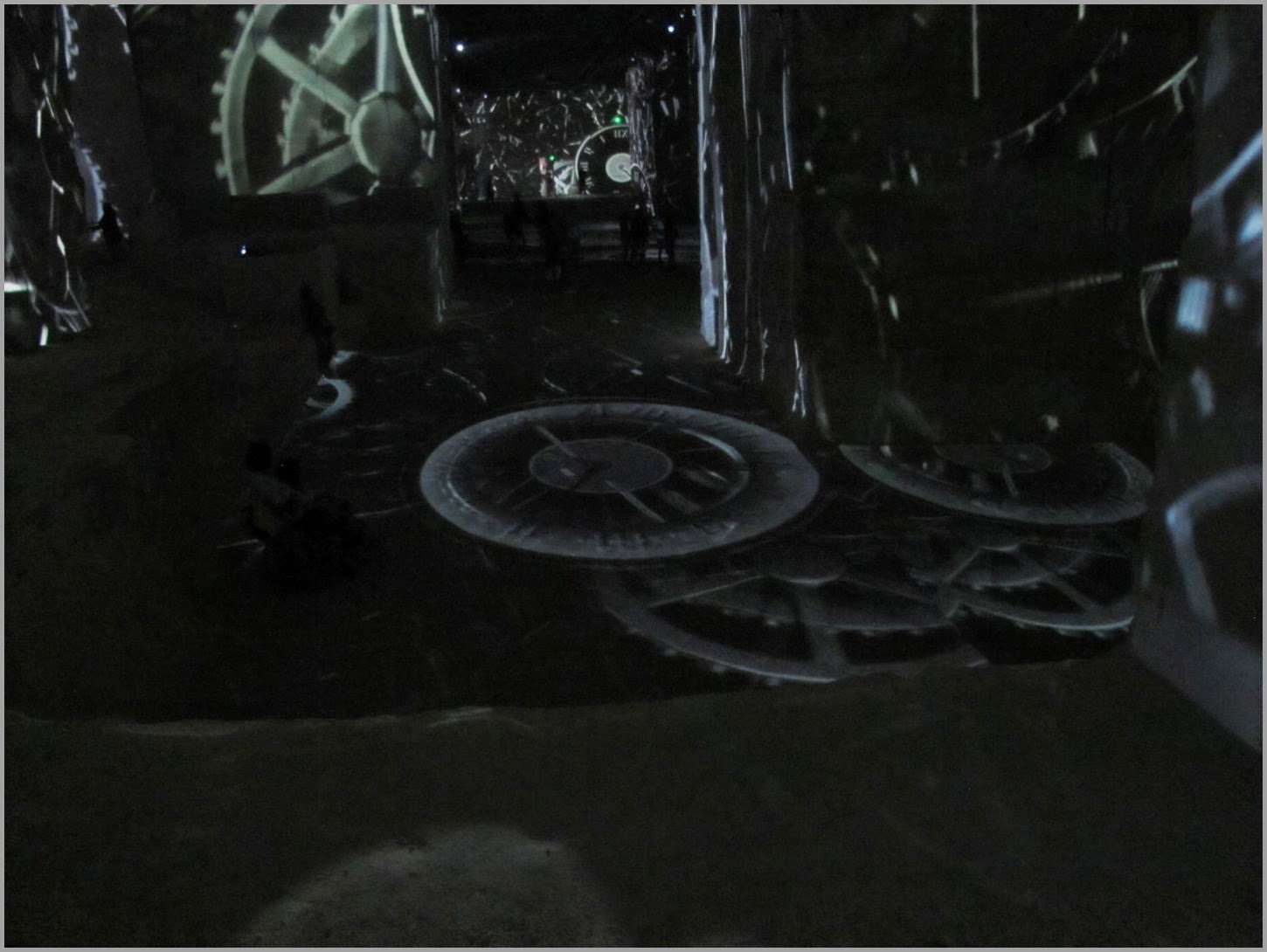 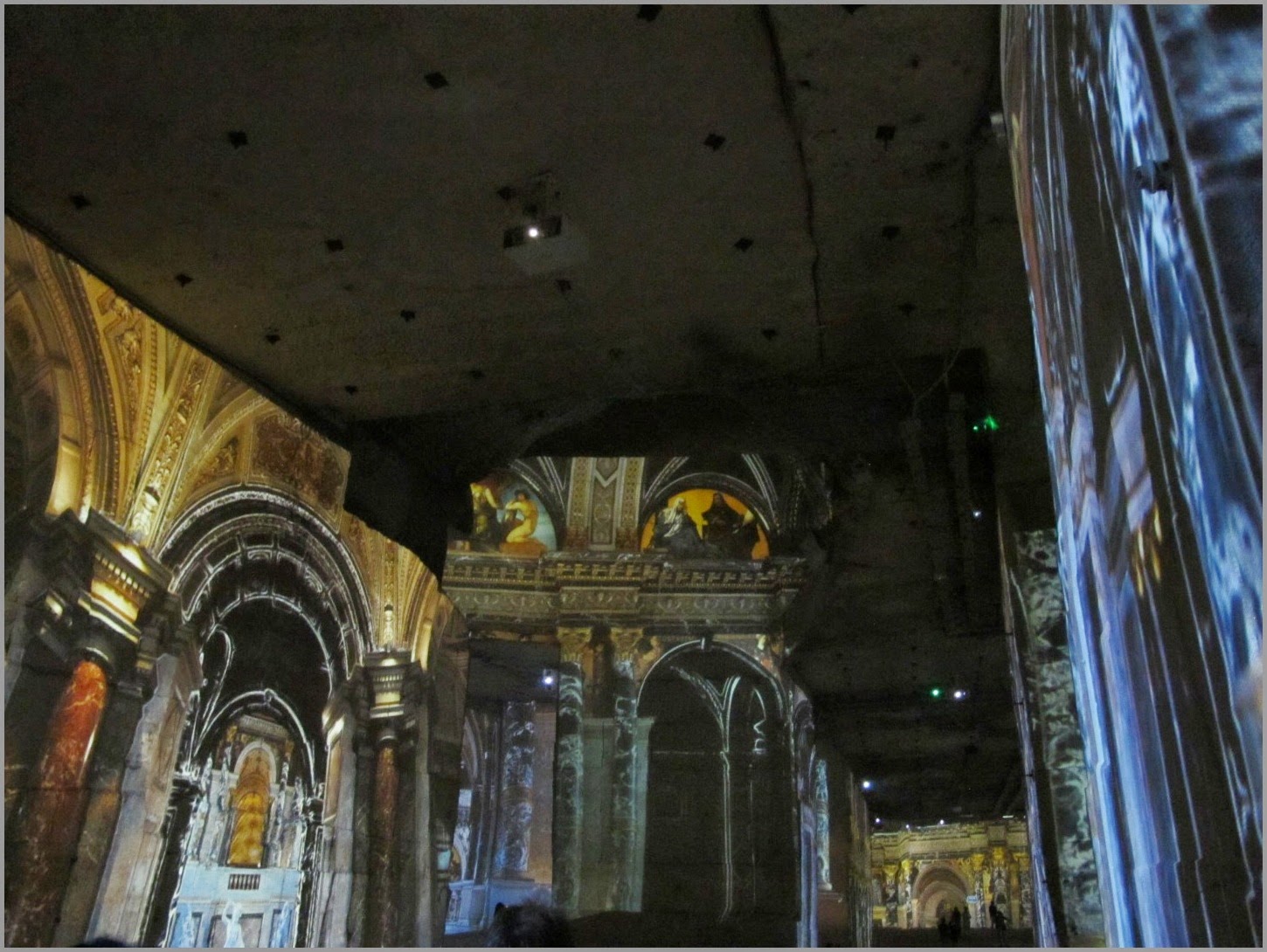 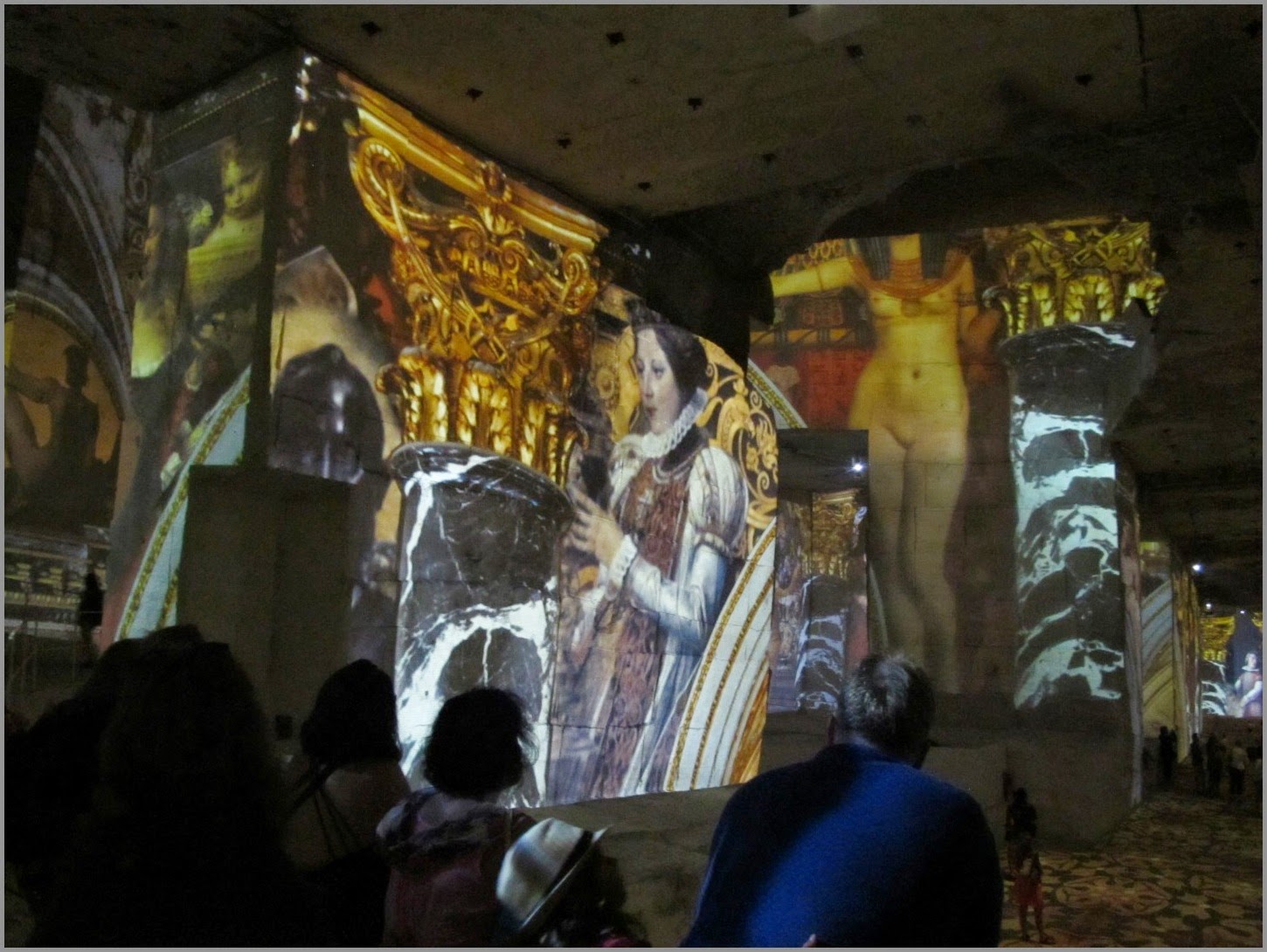 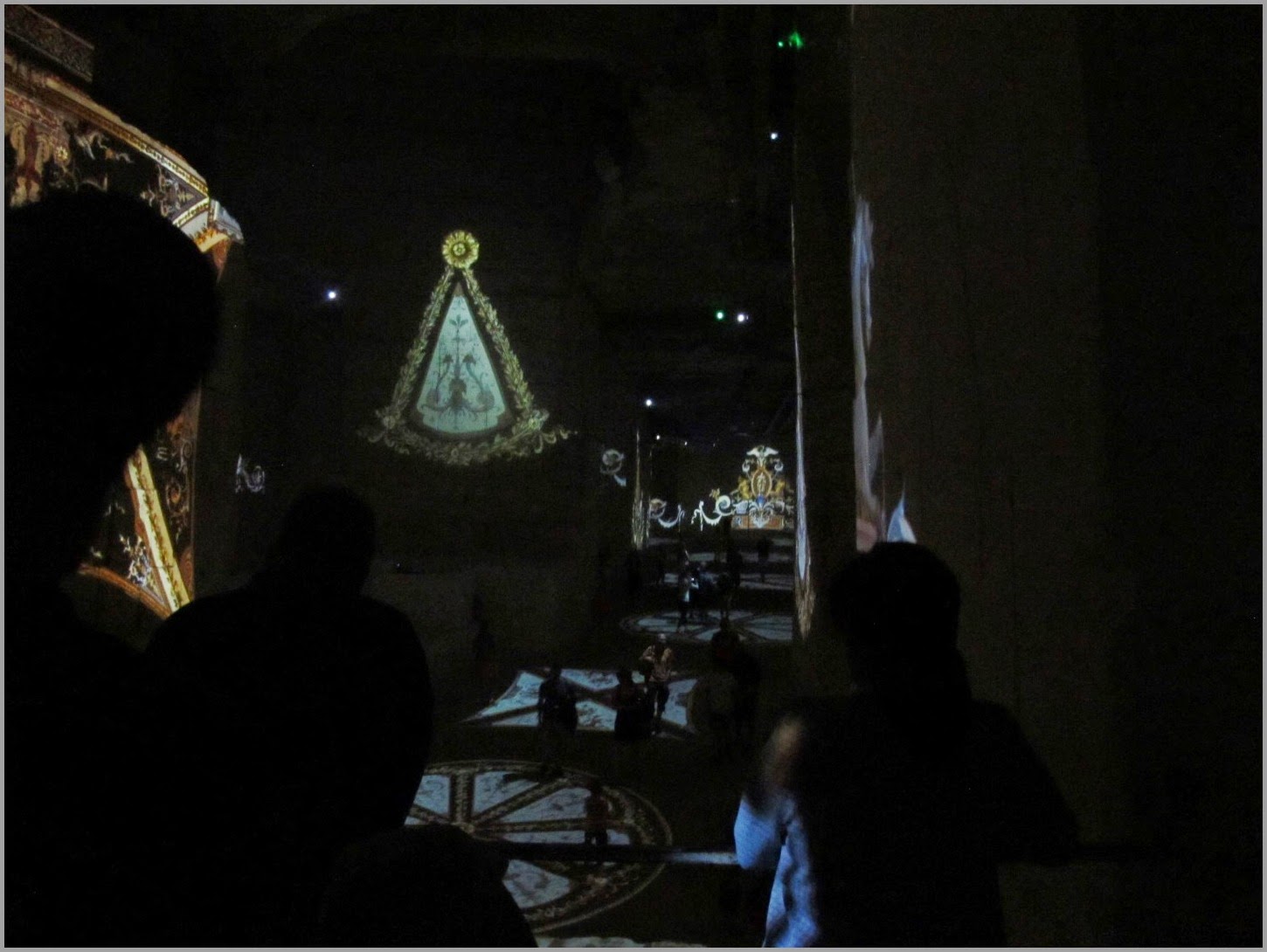 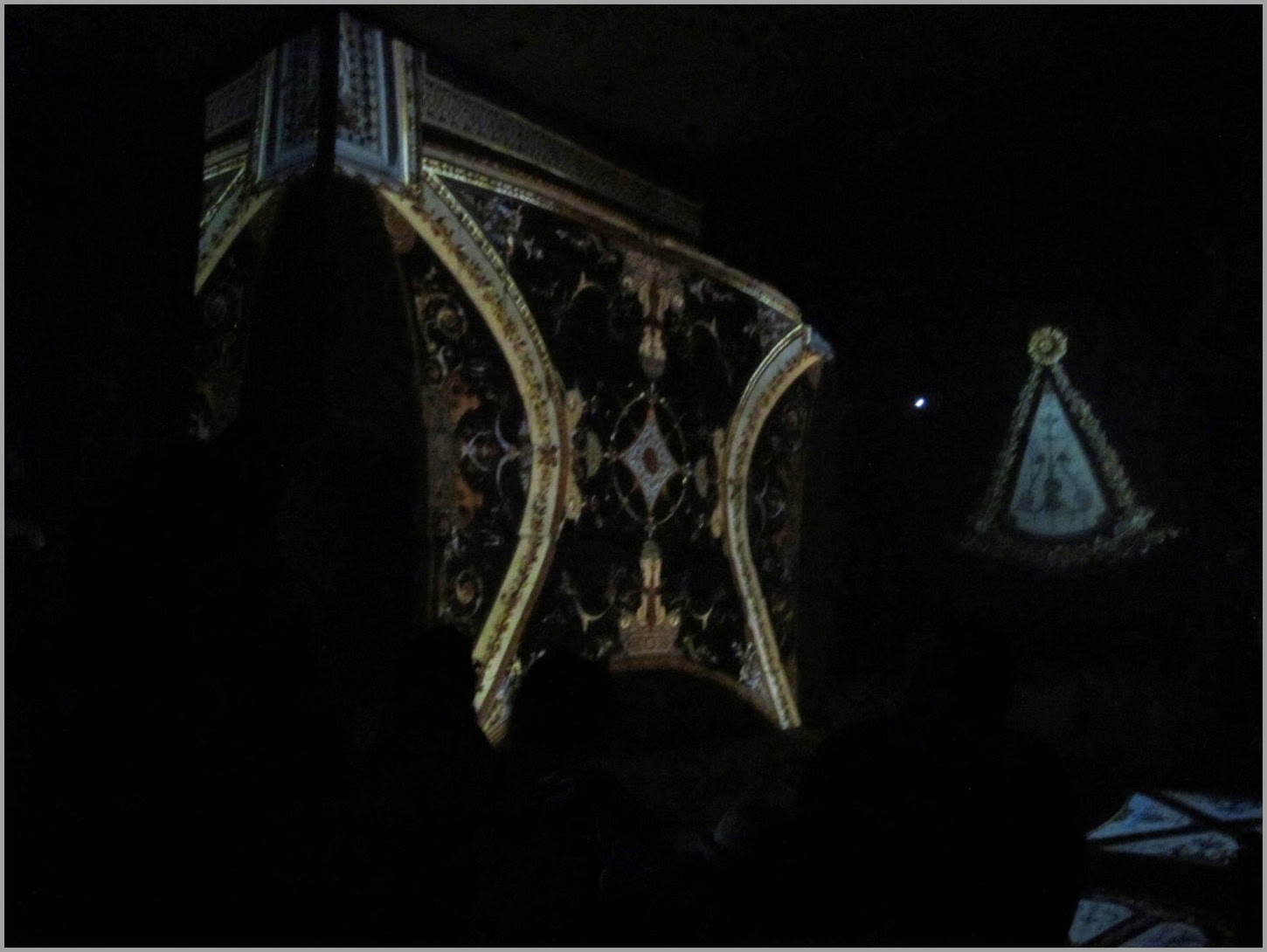 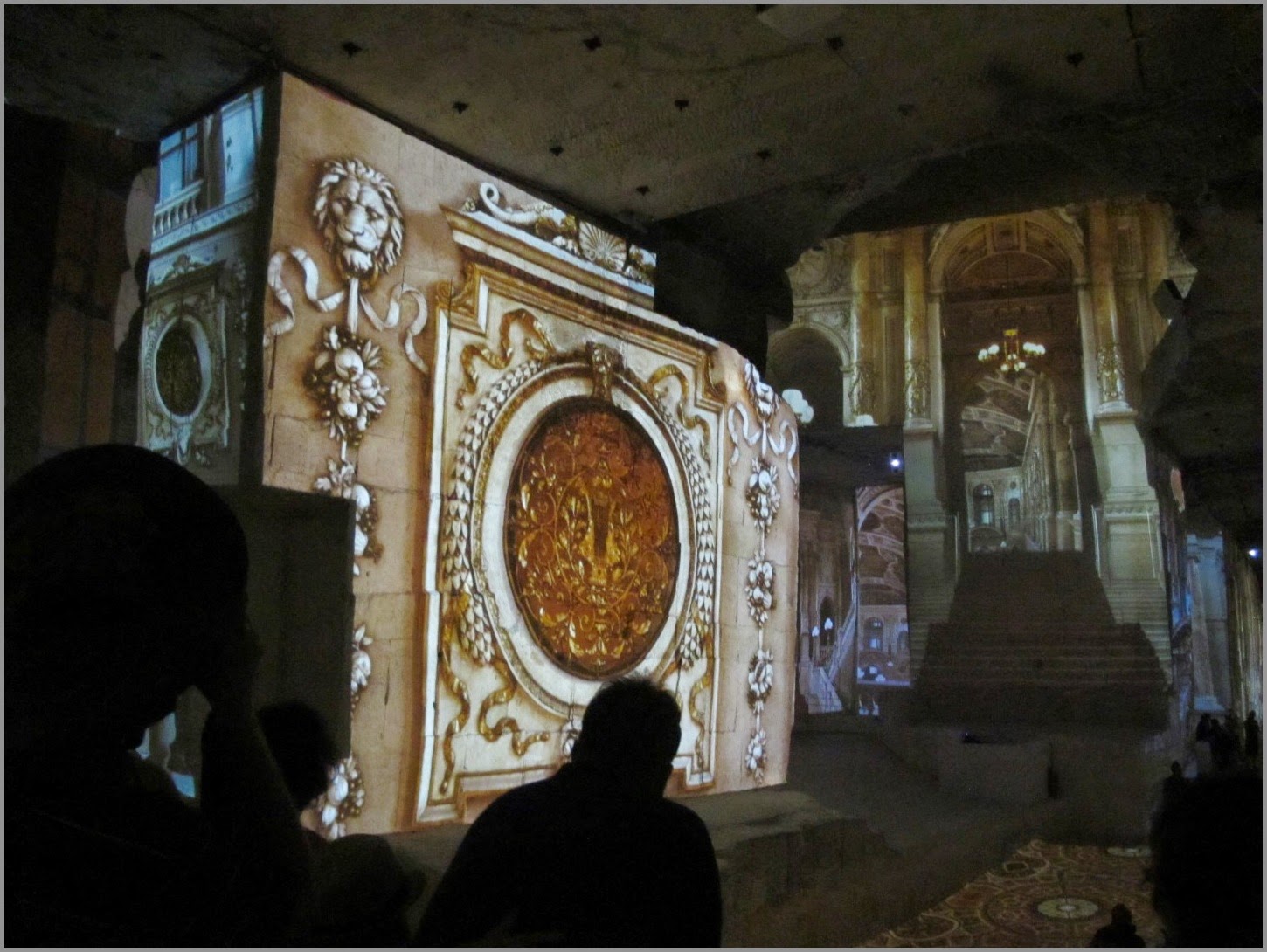 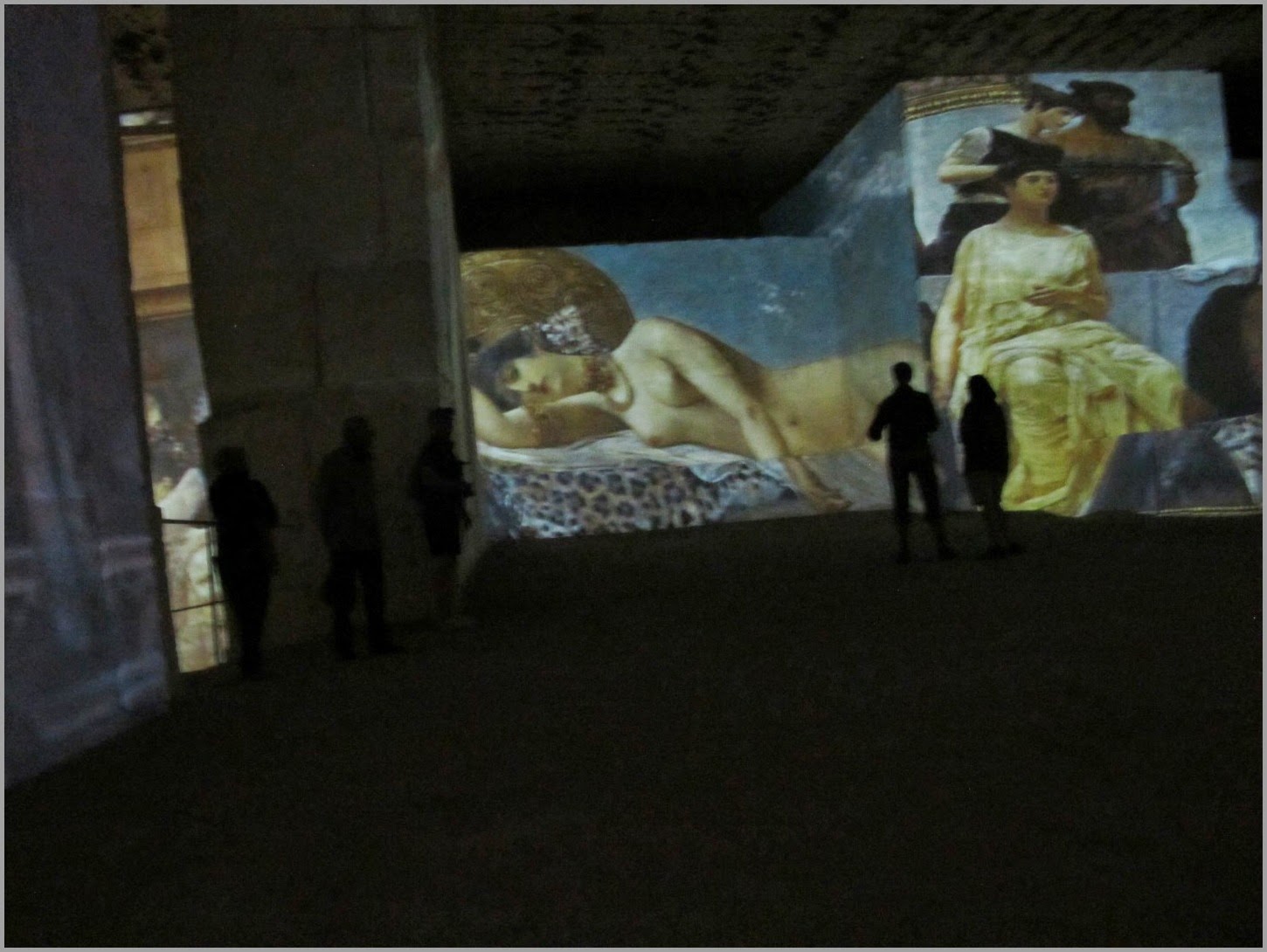 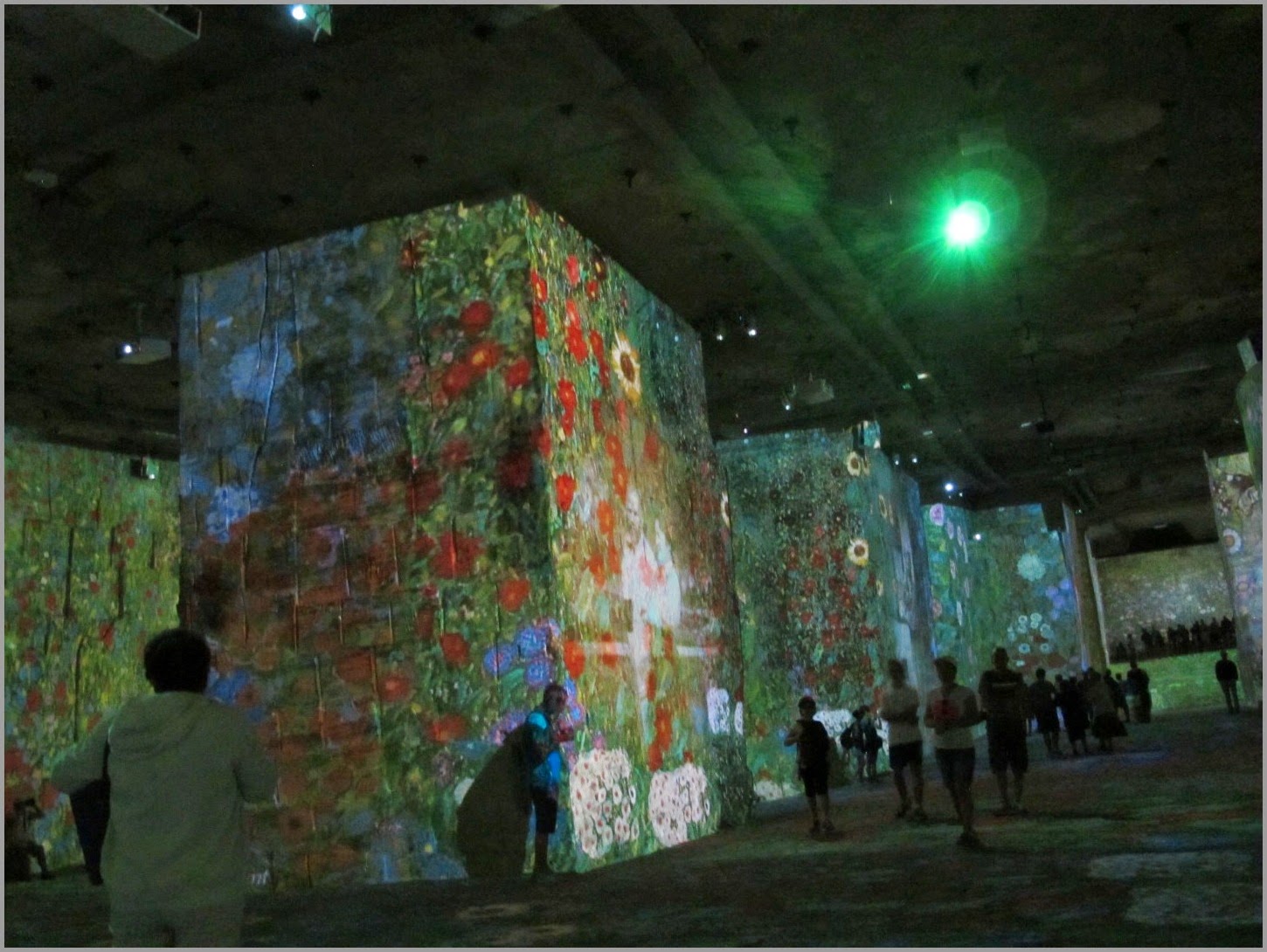 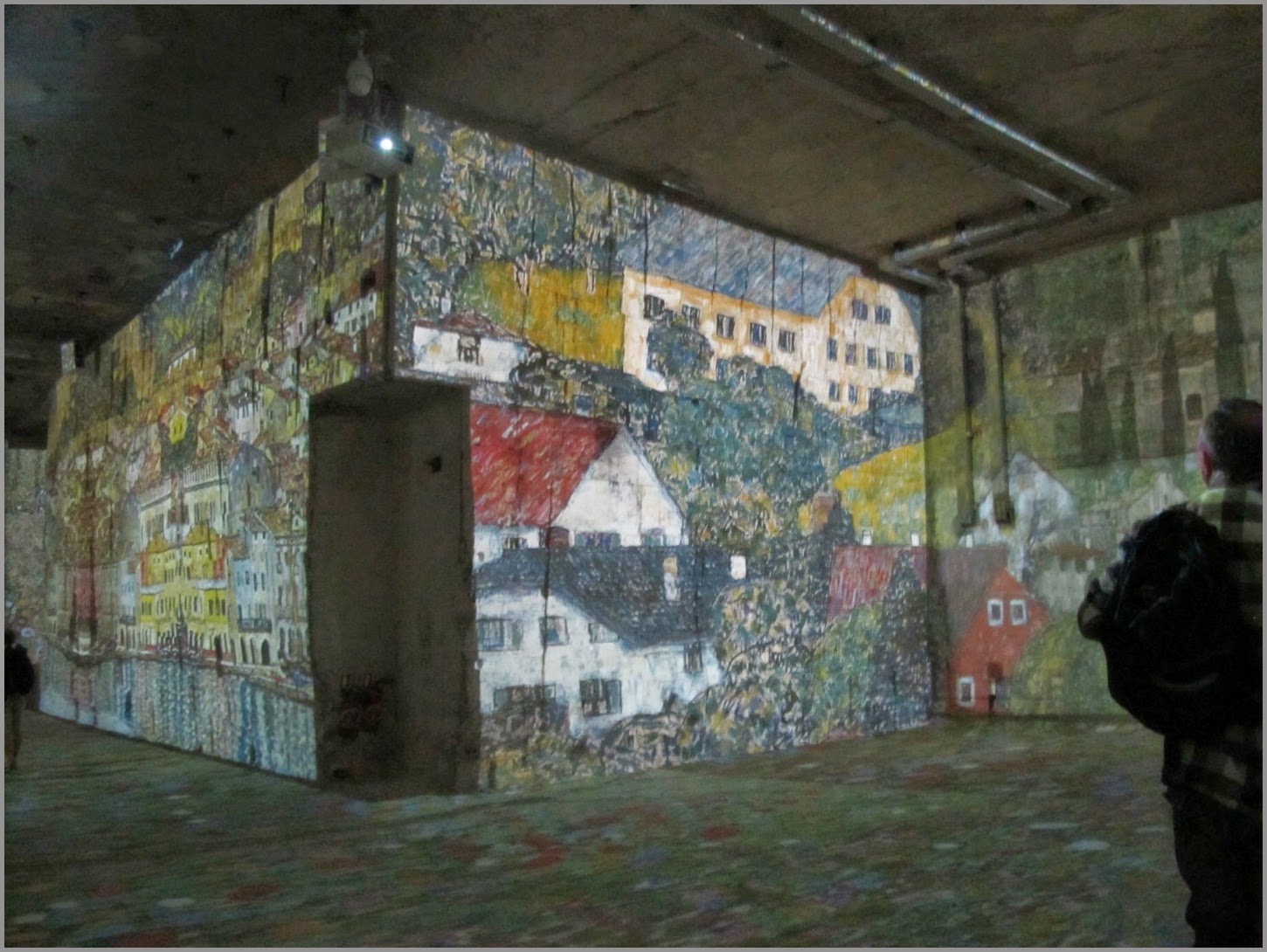 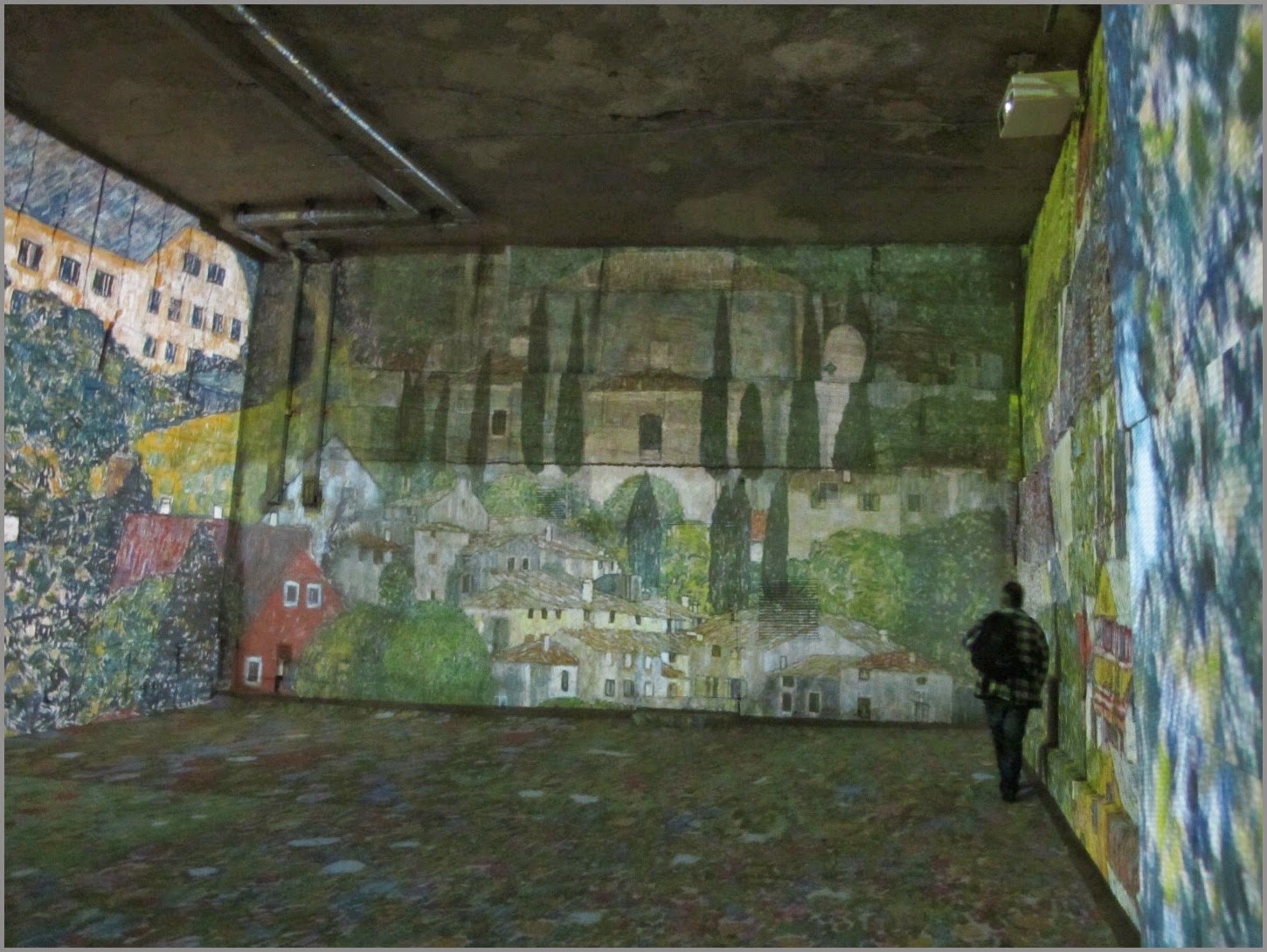 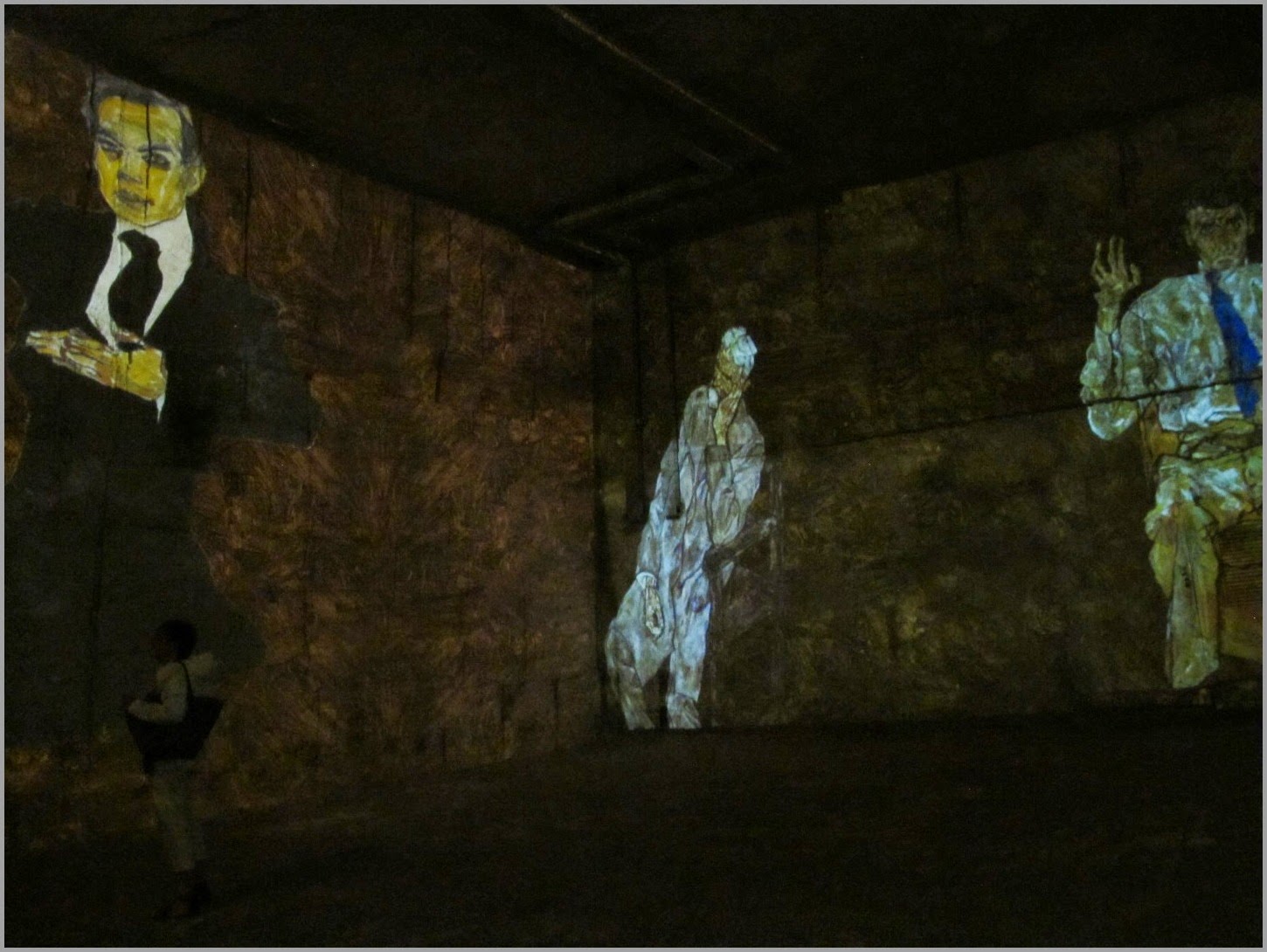 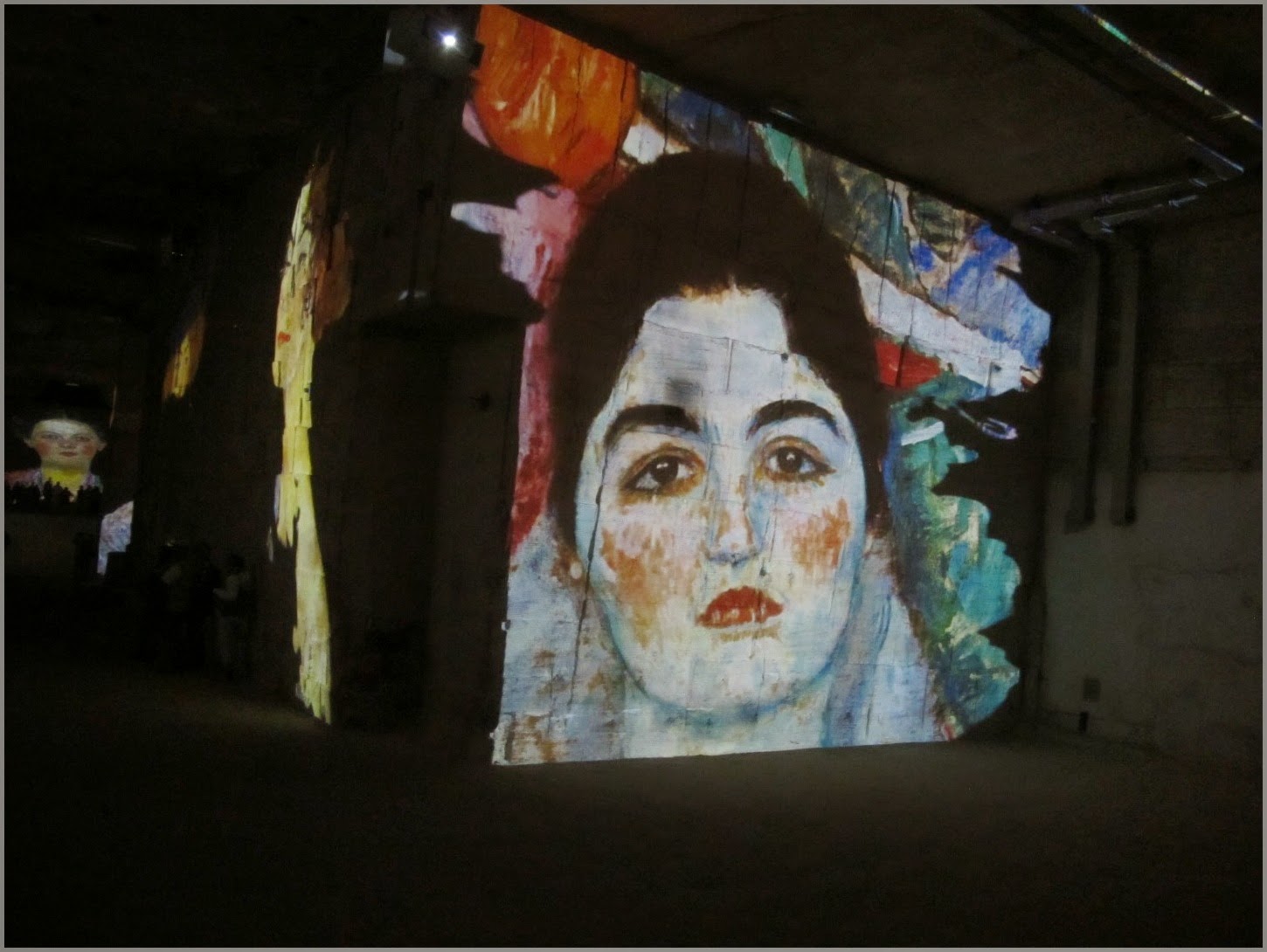 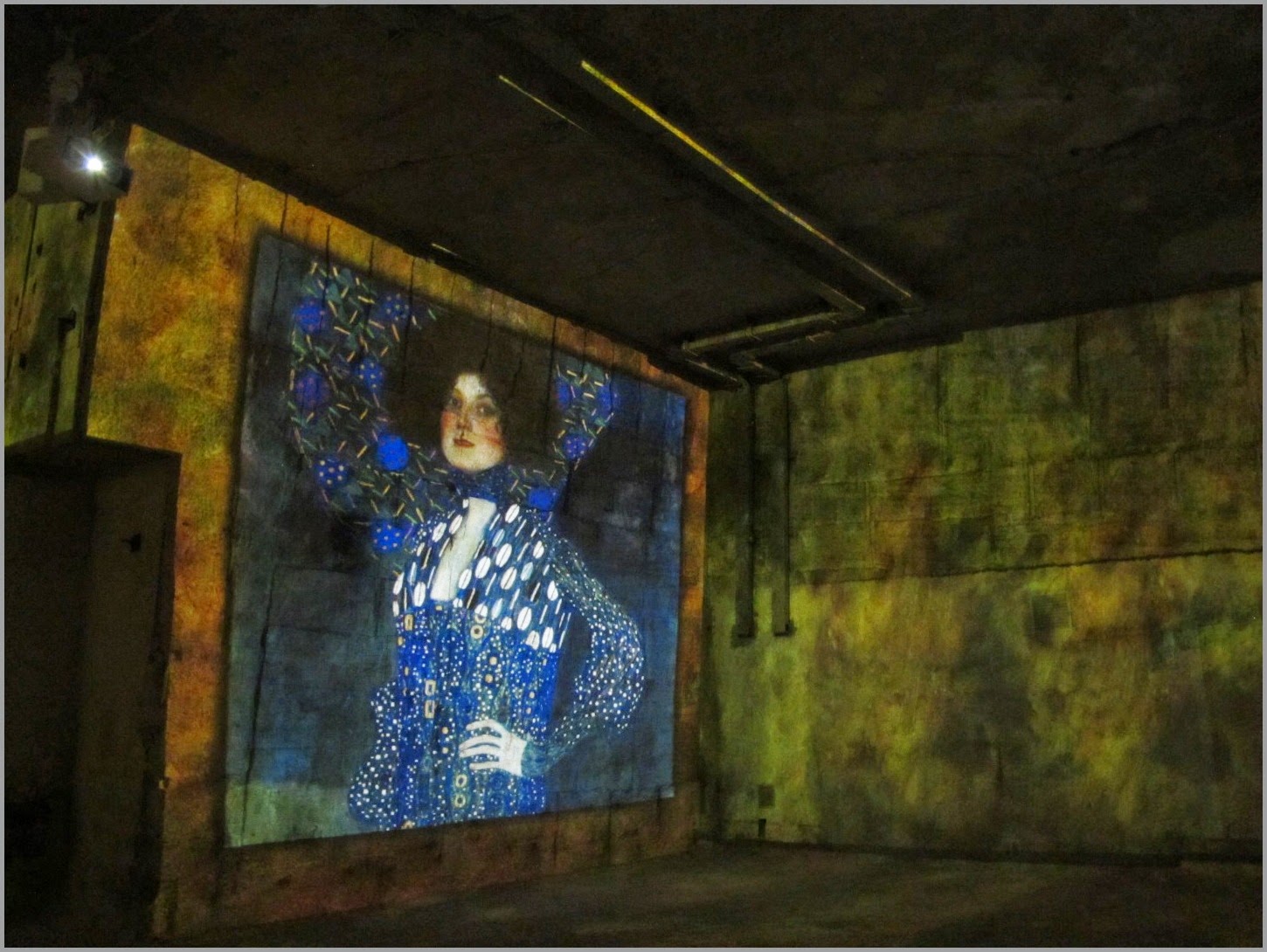 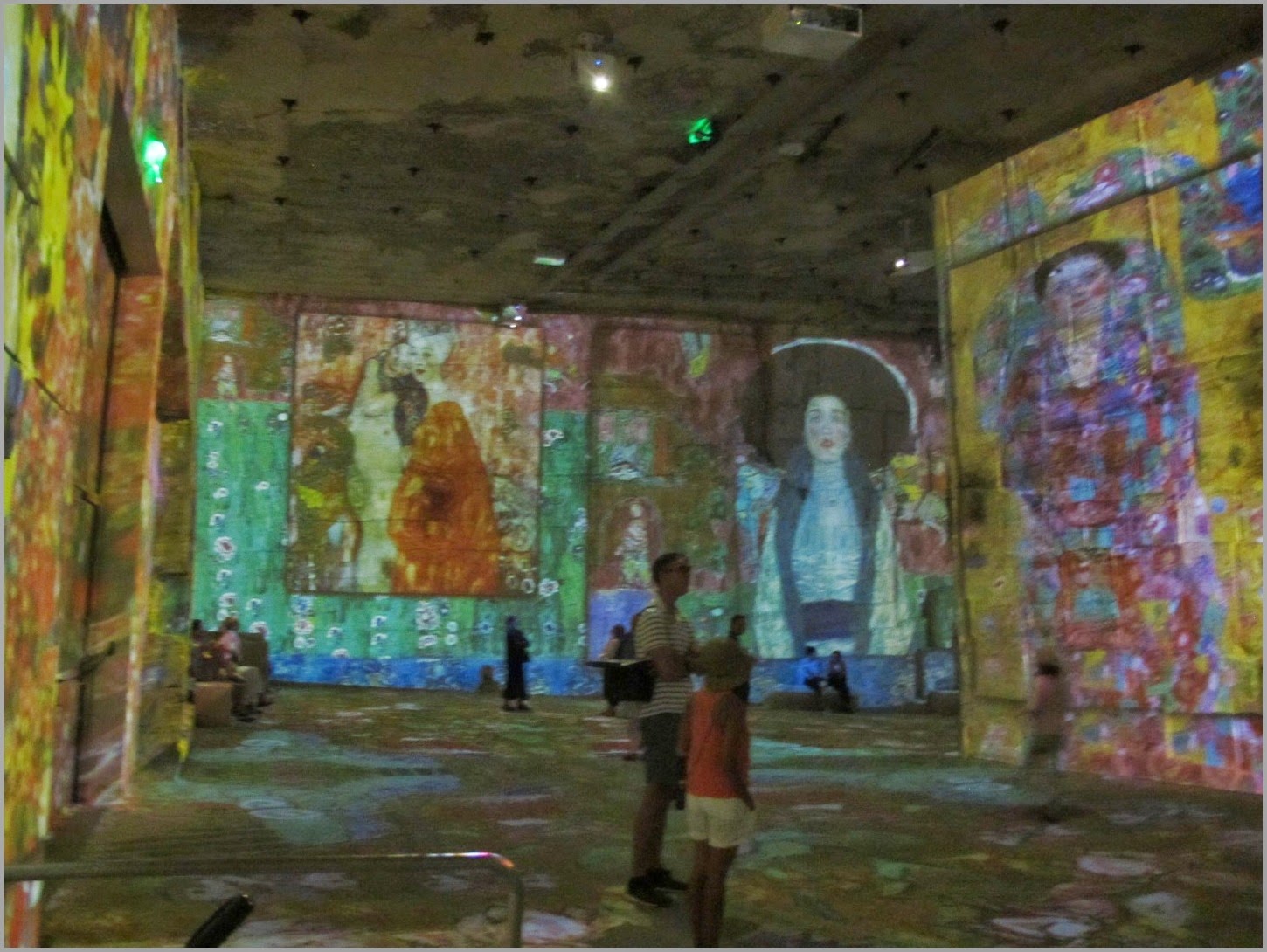 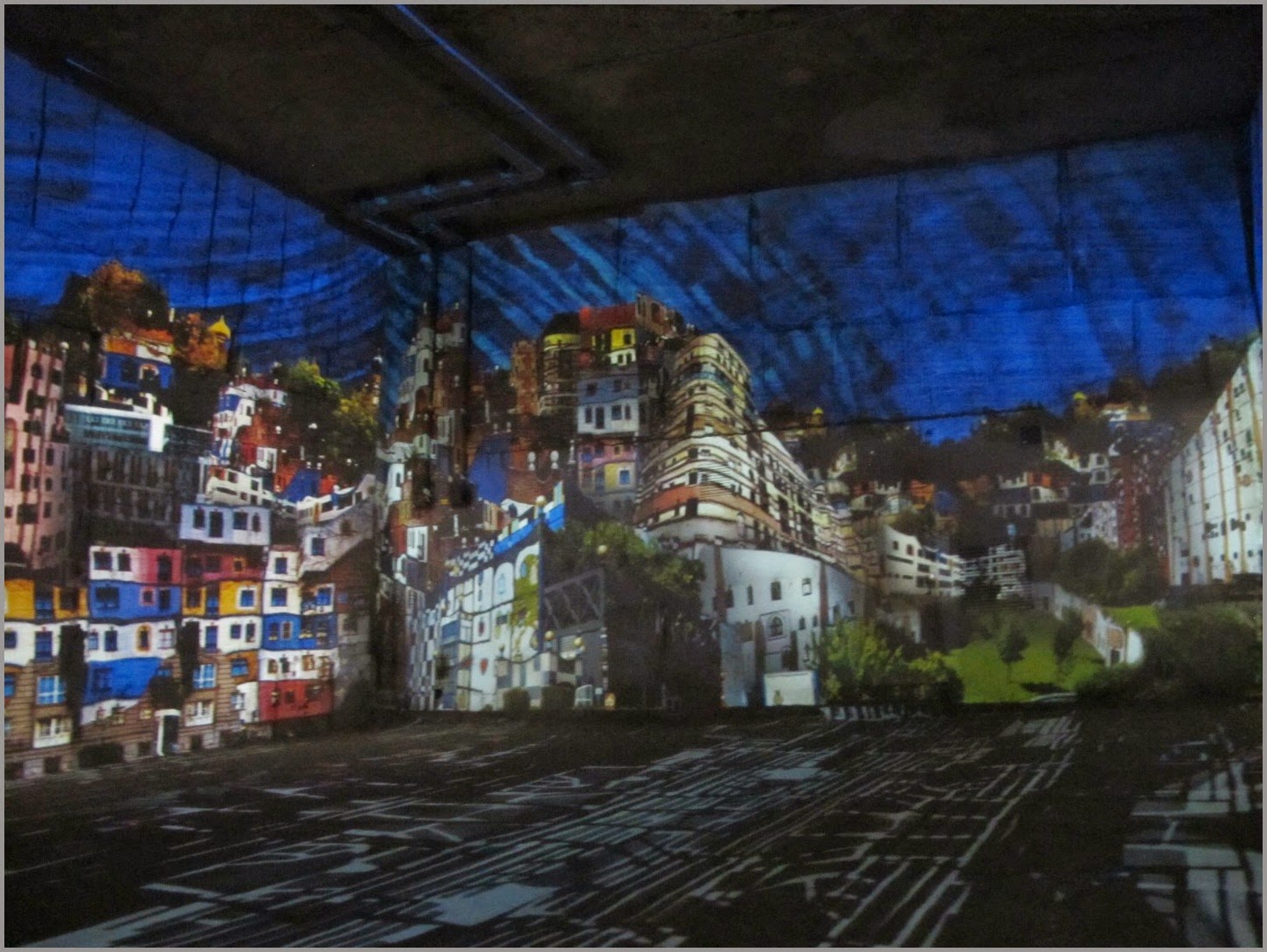 And this is where we came in.