Saturday, 4:25 pm
Sister (on Facebook chat): Do you want to go to Yosemite tomorrow?
Sounds like a good idea and probably better than any other day. : Me

Sunday, 7:21am
Sister:  CRANE FLAT (the high-point on the highway in) - at 0700 Today: A chance of snow showers before 11am, then a slight chance of rain and snow showers. Cloudy, then gradually becoming mostly sunny, with a high near 46. Calm wind becoming west around 5 mph in the afternoon. Chance of precipitation is 30%. WEBCAMS show some blue sky. (This is her last chance until Memorial Day weekend.) What do you think about today?

I didn't answer the chat, so she phoned at 7:35. Considering I didn't go to bed until 3:00am, my body is crying "nooooooo." My mind is protesting "not for breakfast." I'm saying I don't want to travel if it's actually snowing at the summit (6,200 feet) . . . it's one thing to do that if you're going to or from a lodging reservation or special event, but another for a casual day trip. I worry that it will be an overcast ugly day. She proposes a 10am departure and I agree.

That's the iffy backdrop to our jaunt.

The route into Yosemite takes us through the Stanislaus National Forest and into Yosemite National Park. A lot of the Forest and some of the Park along that road was burned in the Rim Fire last August. The Forest lands all along the highway, even along our County road are still closed to public access. Our families had driven up to Yosemite at Christmas but between the ban on stopping and the general Christmas merriment in all the cars, we weren't really able to assess the damage.

Sister drove. I didn't have enough gas in my car, so I took pictures from the moving car, as well as at the permitted stop.

I never intend to shop in Yosemite, but I'll certainly be supportive of Sister if she wants to shop. The Ahwahnee has both a Sweet Shop and a Gift Shop where shopping is possible. I did buy a small wispy scarf in the Sweet Shop that will go perfectly with a purplish summer dress I got for a trip to Provence in the summer. (I know. Imagine me in a dress. But it could happen.)

Then we went to the gift shop. I love the clothes they sell in there (among other things), and this time a found an irresistible black jacket. I've had a couple of perfect ones that I've worn out, and I keep trying.

Sister buys two Ahwahnee wine glasses on each trip there as she builds up a set of the glasses.

We moved on to Yosemite Village where we browsed the Village Store, then the Sport Shop. I found a fuzzy pale pale pink vest, possibly usable with the purplish dress that I was sure would fit. I find it won't quite zip, so I'm stuck with deciding whether to take it back or just wear it open.

Before her trip to New Zealand, Sister had got a back pack that folds into a small packet that she found extremely handy, so we went up to Habitat Yosemite (with things made of recyclable, reclaimable and organic product) next to Degnan's deli to get one for me.

Then we were off to Yosemite Lodge at the Falls. We always love perusing the Nature Shop, with lovely gifts, nice clothes and some sensational, colorful bags from Nepal which were hard to resist. (But we did resist.) By the time we got to the Yosemite Lodge at the Falls Gift Shop, our appetites for a Haagen Dazs ice cream bar had returned, so we sat in the soft chairs in the lobby of the Lodge eating them amongst the several million people who were trying to check in. After that, it was time for the obligatory photo of Yosemite Falls. I've lived here for 25 years now and visited Yosemite quite a bit before moving here, so you can imagine how many pictures I have of Yosemite Falls. 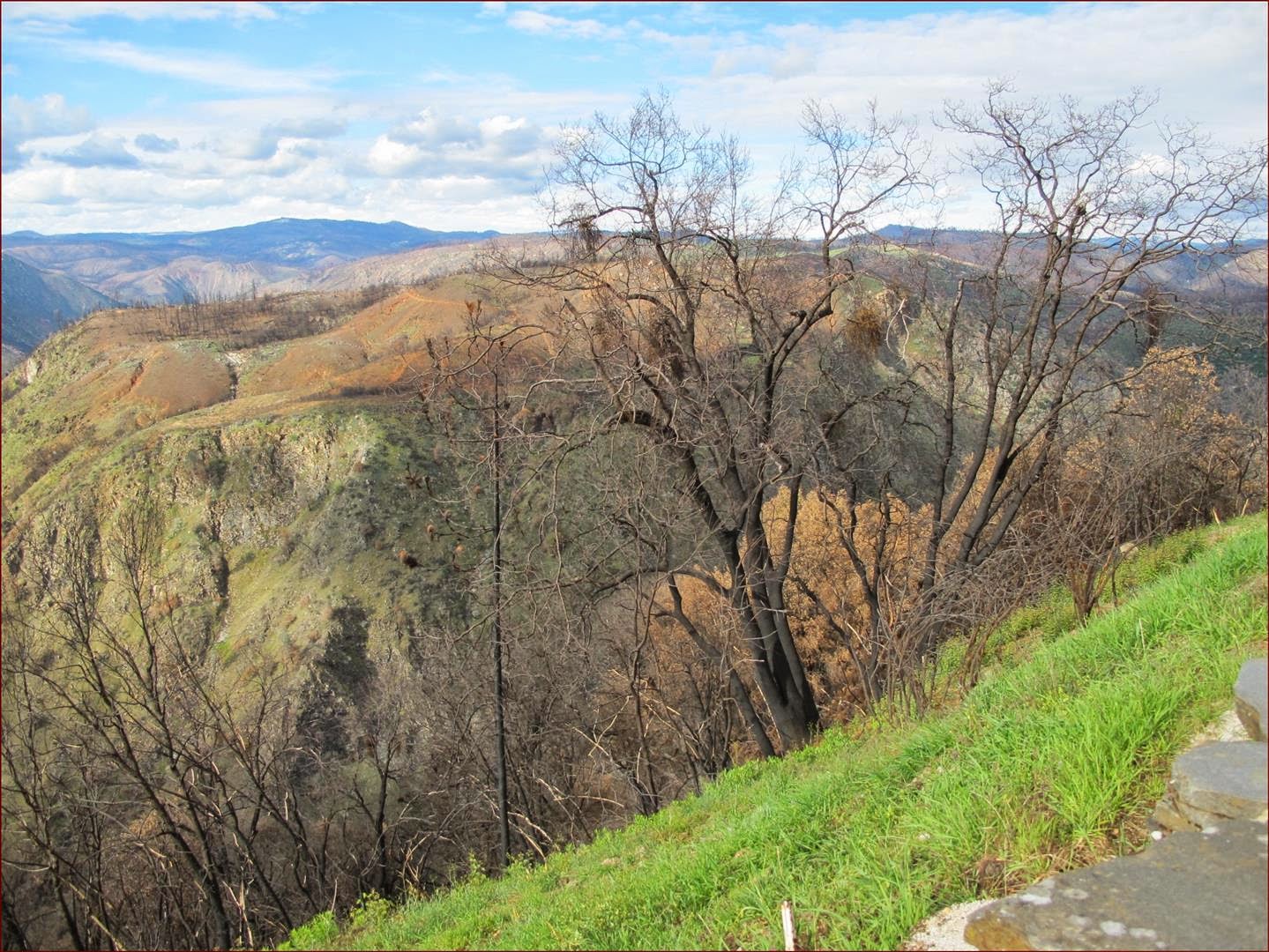 I'd been reluctant to wake up and get in the car and go Sunday morning. They'd given us such threatening forecasts for that weekend. But it was beautiful. We were both glad we did it.