The call I was waiting for came at 11:55 AM. Cautious optimism started to grow when I heard the upbeat note in the voice of the caller from the veterinary hospital. A little awkwardly she read off the name: "Little, er, Gray Kitty came through her surgery just fine. She's still waking up in back."

We chatted about details. Yes, they got the hernia out. It had been slightly attached to the bladder; had she been leaking urine? (There was that concern when her little injured self had first been taken into the vet and the urine she spilled in her carrier had a pink tinge around the margins.) She had not, I didn't think, although she hasn't got the whole litter box utilization down pat. But even the lifelong litter box users in the household sometimes hang their rear ends outside the box.

Anyway, I'll pick her up tomorrow afternoon after NeedleCrafts.

I had to get up at 6:30 AM to get her to the doctor on time. That's awfully early after my going to bed at my typical 2:00 AM and then not being able to fall asleep for awhile.

When I got home, I couldn't find Sami. I lifted her crate and it was empty. I started to search in the spots that Little Gray Kitten had hidden in at first. Then I found her in plain site, in the large carrier on top of the cutting table, practically eyeball to eyeball with me. It's where she has stayed when I'm in the room, as long as I don't approach her too closely, although she managed to stay when I wafted a plate of food under her face.

I sat in the room with Sami for quite awhile, then decided the time had finally come to collapse all the cardboard boxes in the garage and basement and take them to recycle. Most of the new furnishings I've purchased to spruce up the place to go with the new room addition and new paint and carpets throughout have arrived and been assembled. Time to take out cartons and styrofoam. There was a supposed final collection of styrofoam on the rainy weekend and I didn't want to take the chance of driving to the Little City down the Hill in the rain, only to find the event had been rained out. I may be stuck with throwing it in the trash, which I hate to do.

I missed the part where I took the cardboard to the recycle place. I think I spent about four hours turning all the boxes into flat cardboard. (Not everyone observes the sign that says "flattened cardboard only," but I do.) It was dark and my back was killing me by the time I'd loaded it all into the truck. I'm hoping for no rain on my truckload of cardboard. I'm also hoping I can figure out how to anchor it all so it won't sail out of the truck bed.

It filled a terrific amount of the garage, but doesn't look so big in the truck.


This picture of the garage will probably only look like an after photo to those who've seen the actual before. I've saved a small collection of boxes for mailing out, or it would have looked emptier. Not empty, just emptier. 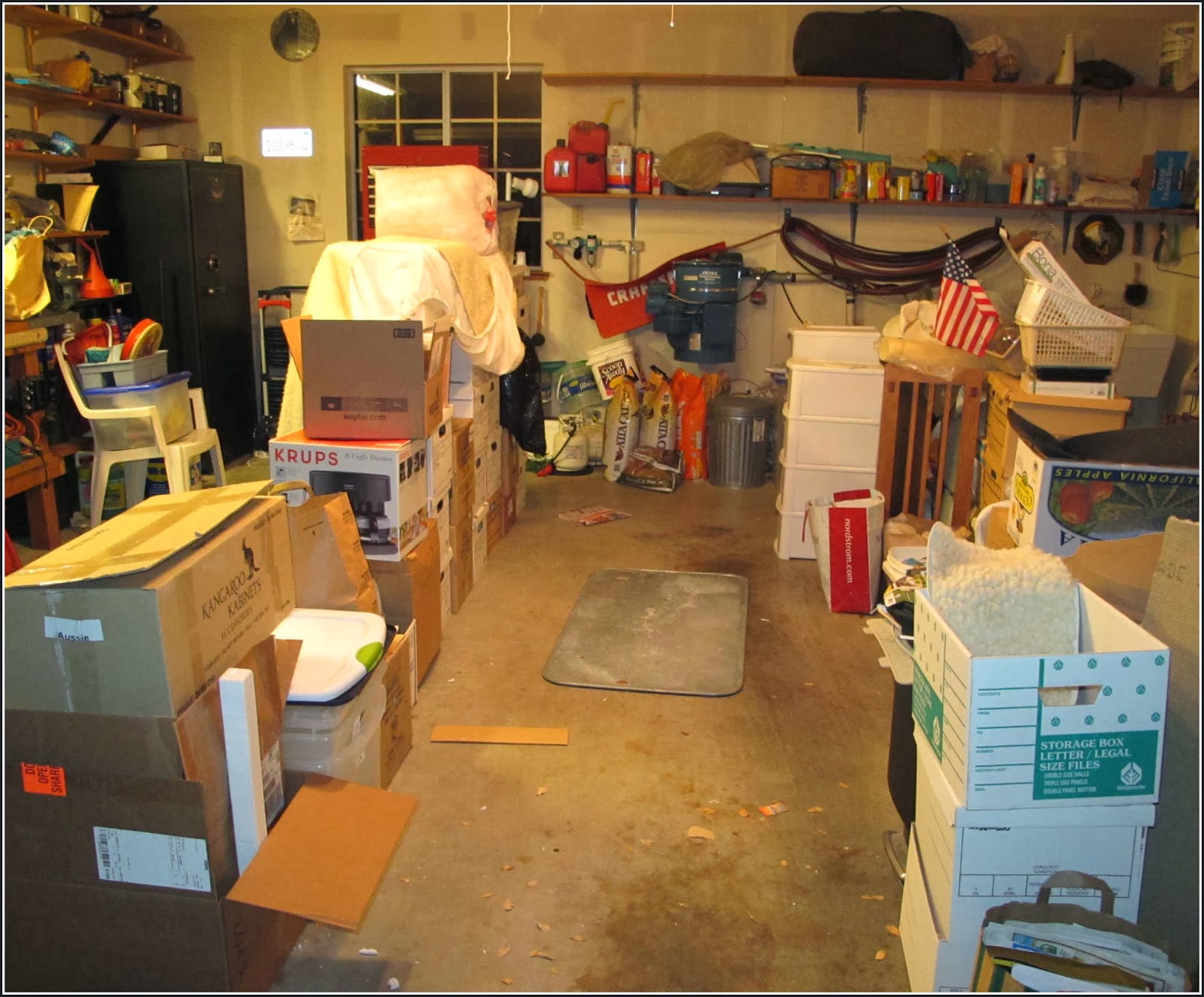