Is "communicado" a real word? Even Google seems a bit confused when I ask it. One entry refers to "in communicado," two words. I've been "incommunicado," one word, but now I'm communicado again.

Another of the family "young'uns," a niece, got married this past weekend, so I sped off, solo this time, to San Diego -- again -- for a wedding.

I stayed here for a few days with a dear friend of many years, who treats her computer as a big bother because people these days send her so many emails, instead of just picking up the phone. She's been forced by her participation in several organizations to look at her email as often as four times a week(!). Needless to say, she has no router, no wi-fi. I couldn't even find her modem, presumably at the end of an array of cords that disappear behind her desk, so I couldn't get online with my nifty little laptop. I'm hopelessly addicted. But I'm all right with that.

I showed up at the Bride's family home, that of Late Husband's Sister, shortly time we'd all be  heading for the church in time to dress the Bride and begin sessions with the Photographer. Hair and makeup for the women of the wedding party had been done by professionals before I arrived. Here the veil is being pinned on the Bride as her Mom takes her picture. She's kneeling on the floor; she's not really that short. 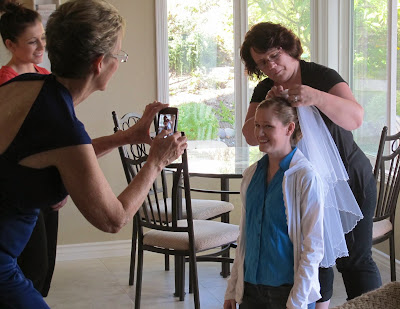 The photographer arrived in time to shoot the dressing of the Bride at the church. It's the very same church where the Bride's parents were married many years ago. 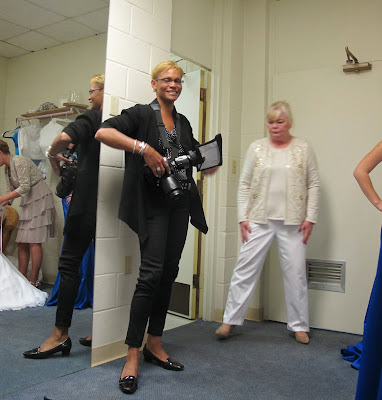 The bridal gown is the most beautiful I've ever seen. Here's the view of the front.

And with corset-style lacing up the back. This is the only way into the dress; there is no hidden zipper. It took her Mom and her Aunty some time to lace her up. 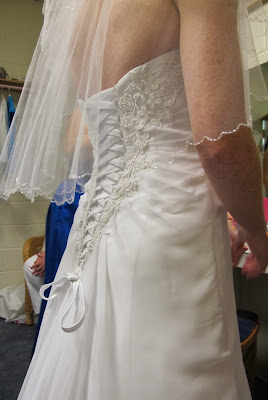 The Flower Girl scatters silver petals down the aisle as sun streaming through the stained glass windows illuminates the faces of the congregation. The wedding colors are blue, white and silver. 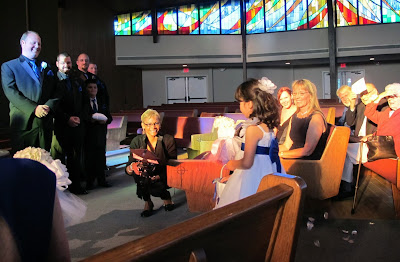 The Bride's Brother photograph's the ceremony as the Groom offers a prayer to his Bride. 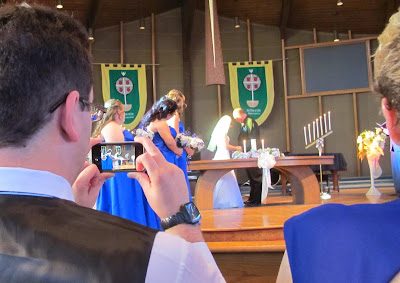 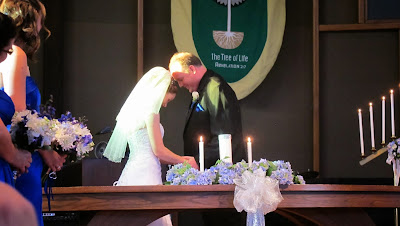 The new Mr & Mrs are presented to the congregation. 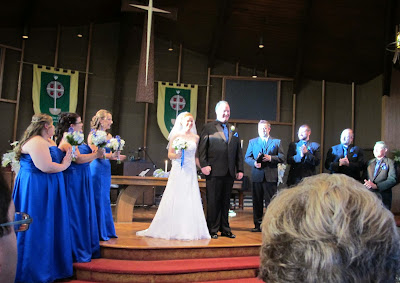 Then are spirited off to the reception in a classic Rolls Royce. Well, not immediately. The photographer had her turn with the wedding party before they could leave. 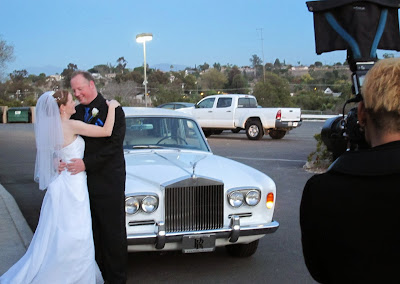 The First Dance of the Bride and Groom . . . 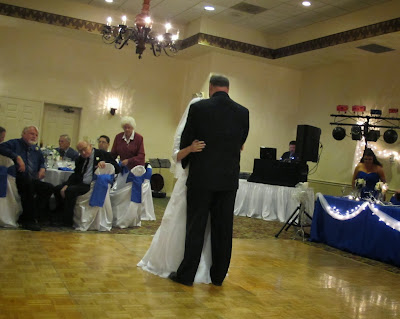 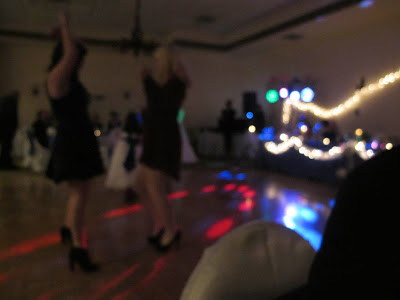 The flower girl and other young guests dance in a blur. 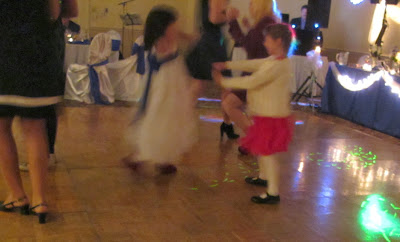 The Bride and Groom's true character comes out as they joust with light sabres. 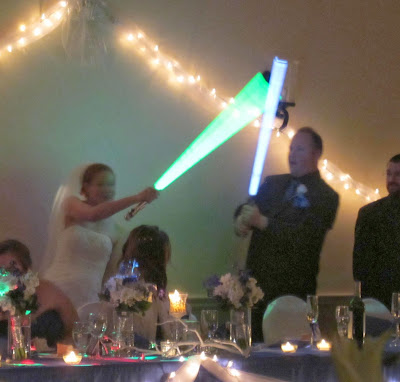 I sit at a table with my late husband's extended family members. I've met some of them many years ago, but have become better acquainted with them through Facebook, so it's fun to talk to them in person.  The table arrangements .  . . 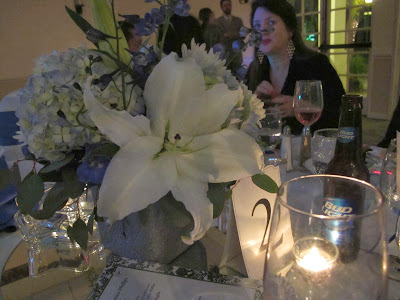 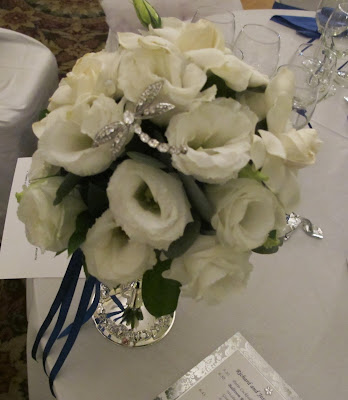 But it comes to an end, as the Maid of Honor and Bride's Brother join in taking down decorations. 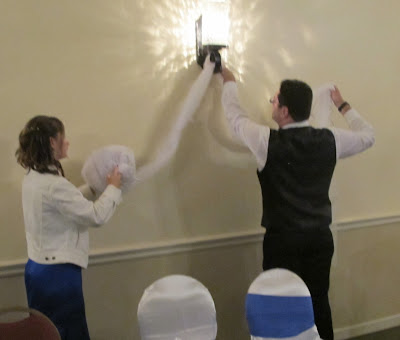 (They coach me through a Selfy using my big camera.) 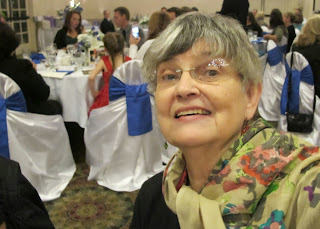 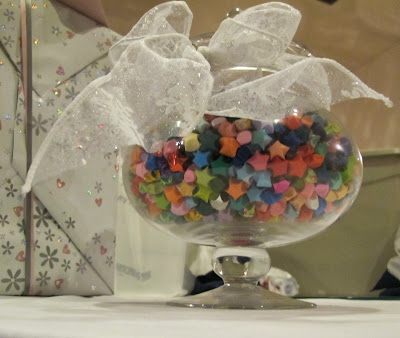 A couple of days later, I make the long trip home again. Here's a pink-tinged sunset as I speed up the freeway someplace south of Merced. 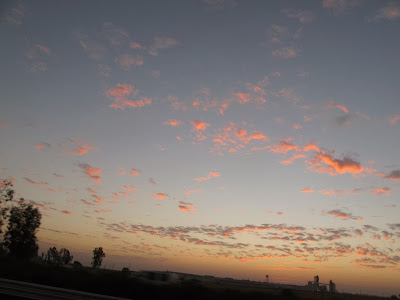