The Morning After - Day 1


Linda and I arrived at something after 7 p.m. at the Marseille airport, where we were met by our leaders, Beth and Lisa, who had arrived not long before we did. We arrived the day before the tour, which I like to do to shake off jet lag before the "real" stuff begins. The leaders do it just to make sure they get there before the visitors, who might otherwise find themselves waiting at the airport, all unmet. Lisa had rented a car and drove us to the modest (actually, cheap) hotel we had booked. Clean, a bit Spartan, with a good buffet dinner for the starving travelers.

Next morning, after oh-so-lovely-after-two-days-of-travel showers, we had our buffet breakfast and went with Beth and Lisa back to the airport to begin the process of renting a second car for Beth and picking up  the five additional members of our visitors group, including Sister.

While we waited, we observed some ironic contrasts: "ici c'est chez vous" (here is your home), 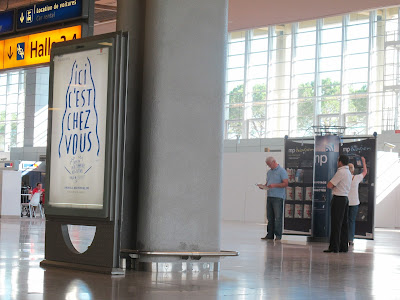 "HOME OF THE WHOPPER." Something just didn't seem right about that in this so French airport. 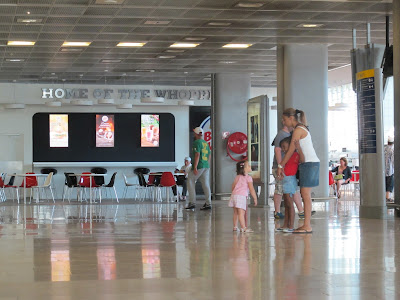 Linda and I left with Lisa and the two earliest arrivals, and headed for the autoroute and Sainte-Cécile-les-Vignes. Here's a big visual lapse regarding our arrival in Sainte-Cécile: I've been here before, staying at the 7-bedroom villa -- as has Sister -- and I've taken many photos of the front door and patio and the welcome sign in the flower pot, so I didn't think to do it this time. Perhaps later I'll remember to slip one in, but there's nothing quite like first impressions.

You'll get instead this piece of kitchen art: 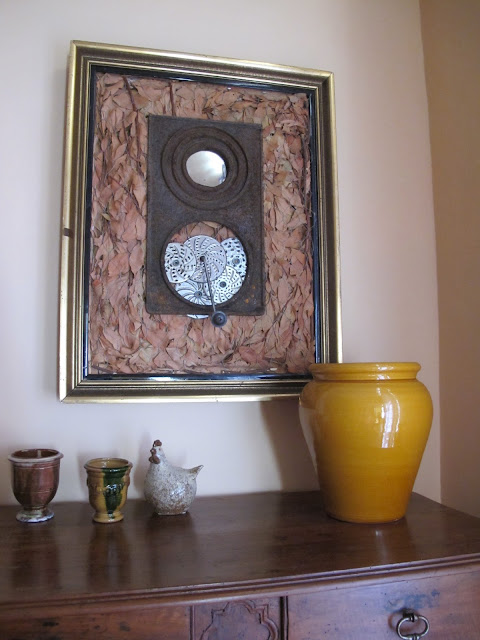 See the detail, maybe including the chicken wire that holds the leaves in place. 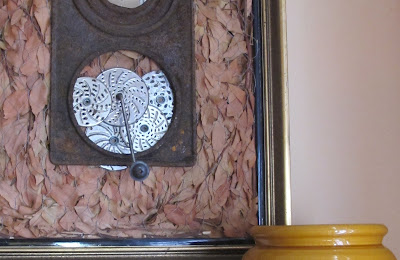 We walked into the village to get some lunch, our breakfast eats having worn off. It was market day in town and the streets were lined with vendors' trucks and stalls, and buyers crowding between them, a noisy flock of humanity. We found seats at the pizza restaurant out on the sidewalk under shade of the plane trees. 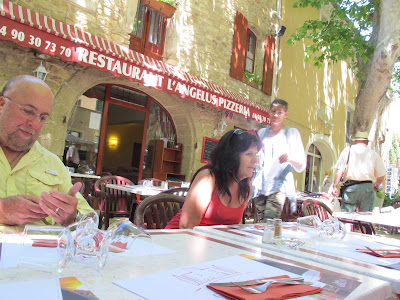 Pizzas and salad, with a sprig of hot pepper in the olive oil to add to the salad: 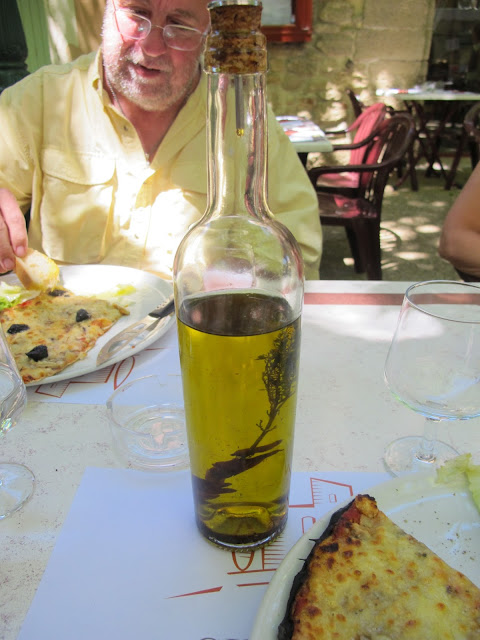 Market ended while we were still sitting there eating, a loud and boisterous process, especially at the fishmonger's truck across the way where friendly insults were being traded. Then it all fell quiet, except for the tiny street sweeper that plied round and round. Hard to imagine how crowded it had been such a short time ago, as we felt almost alone, dining in the street. 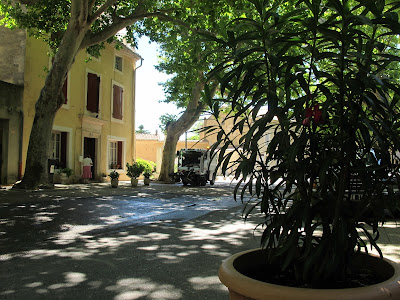 Our evening meal was a group dinner at a creperie in town. Mine was the ham and cheese. As I recall, this is when I chose apricot sorbet for dessert. It tasted like biting into a fresh juicy apricot. Nummy.
Misplaced memory. I in fact had a sweet crepe, sugar and lemon, but just as nummy. 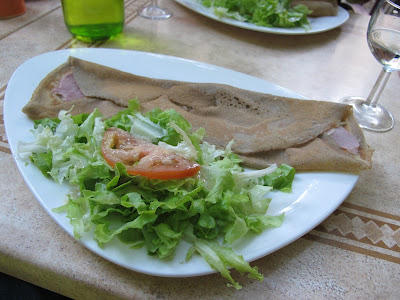 We started walking home as the sun was lowering behind the buildings to the west, bright rays still hitting the top of the bell tower. 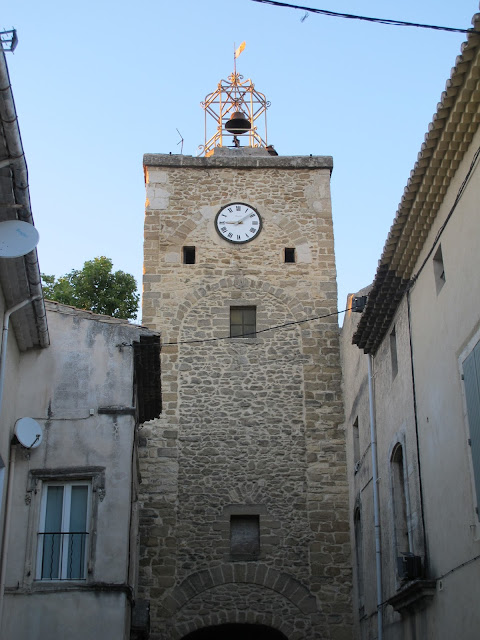 Buildings at the corner falling into shadow . . . 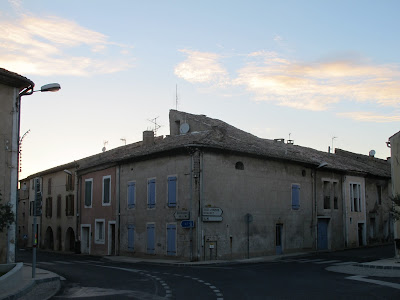 . . . sunlight still filtering under plane trees opposite our driveway. 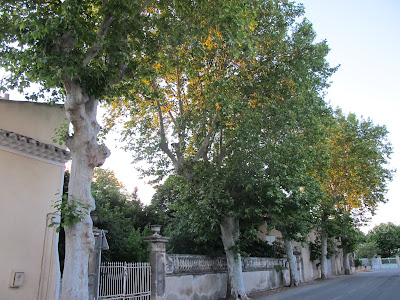 We sat out on the patio, or terrasse, getting acquainted with one another while evening faded into night.

Email ThisBlogThis!Share to TwitterShare to FacebookShare to Pinterest
Labels: Travel