Pope Francis and the Odd Coincidence


One of The Parents' good friends was sculptor  and artist Nishan Toor.  I don't remember when Saint Francis came to live with them. He was sculpted in 1949. I don't know whether he was a gift, was purchased, or was a bequest. He came to me as a bequest from The Parents on the death of the second, Mom, in 2008. He has graced the entry for my front door, the door through which no one but my contractor Craig enters.

Craig has been concerned with the visuals of how my new longer hall will look. Like some big cavern? The old end was somewhat decorated by my linen cabinet, but that's not going to be at the end of the new hall. I started doodling with the plan early in the proposal stages, and decided to put a niche for Saint Francis at the end, just where the doors enter the new rooms. 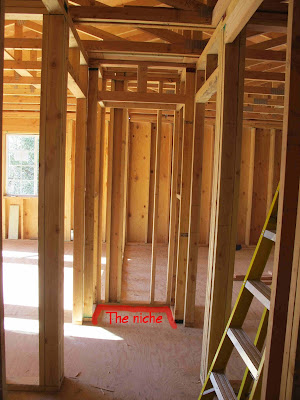 Craig even suggested a lowered header for the niche, to set it off. 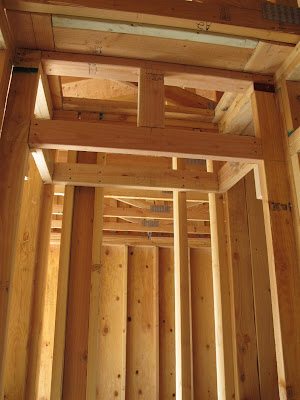 We (by which I mean Craig and Tom) brought Saint Francis to the niche to try it on for size. We discussed appropriate lighting, whether he needs a higher stand, where to place the pretty lattice I bought several months ago. I'm toying with the idea of placing rock wall paper (or! a piece of real rock facade?) behind him to create an ancient garden effect. Without its being hokey. Just thinking. Anyhow, Saint Francis was taken back to the entryway at the door to await his new home.

Then, that very afternoon, the announcement came that there is a new pope, who has taken the name of Francis, after Saint Francis of Assisi. We all went WOW at the funny coincidence. If I was into psychic stuff, I might think I had foreshadowed this.

On Saturday, Sister and I had an adventure trying to get to Sacramento by the Shortest Route, according to something Sister had printed out. The little printed map misled us at a particular part and we had quite a detour of over an hour and umpty-ump miles extra. We saw some interesting countryside.


Just a little update on the construction. By last weekend, the tall part of the front of the house got its siding on while the scaffolding was available on loan. 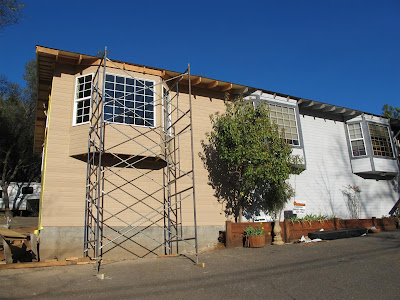 The new window in my bedroom was installed Tuesday. It will make nice light in the room. It faces approximately ENE, so I'll get sunrise. Maybe it will help me wake up when daylight savings time starts next time. I'm having a terrible time adjusting. At night when I'm not sleepy at two o'clock, my mind tells me it's really only one, so I stay up another hour. Then it's practically dark when I get up in the morning and I'm sleepy all day. 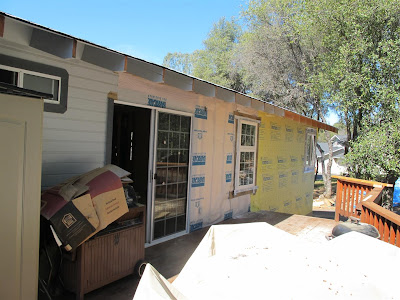 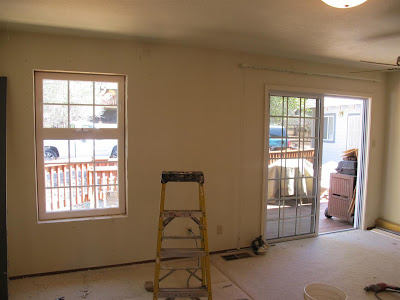 On Tuesday we needed to open up the barricade in the hall to do measuring and planning for the electric. Cats got locked in the kitten room while measuring and working was still going on, but I let them out after the guys left and all the doors to the outside were closed. They were all tentative and timid in their exploration. 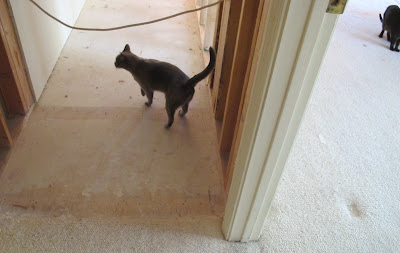 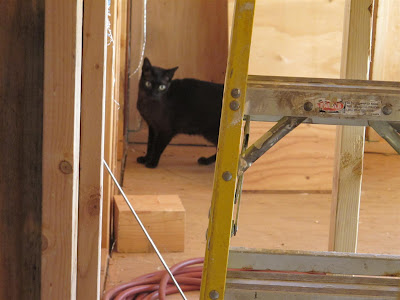 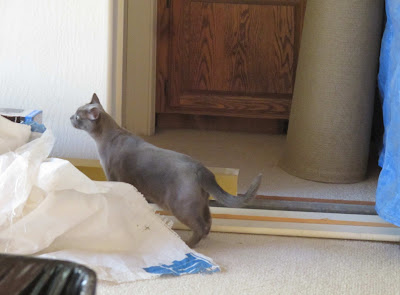 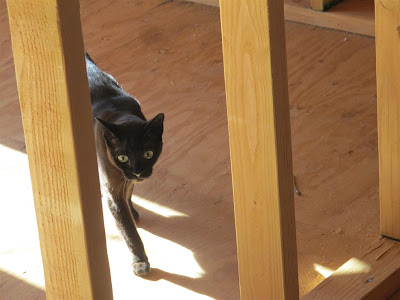 Wednesday morning Craig had to come in early -- is normal day off -- to give marching orders to the electrician. I had to let them in, so was up and dressed early myself.  The cats, when released from the kitten room, had lost all their shyness and galloped gleefully around. Until they had to get locked up again. The real early arrivals were the deer. The most I got in one shot were seven. I counted at least 13, a buck with his entourage. 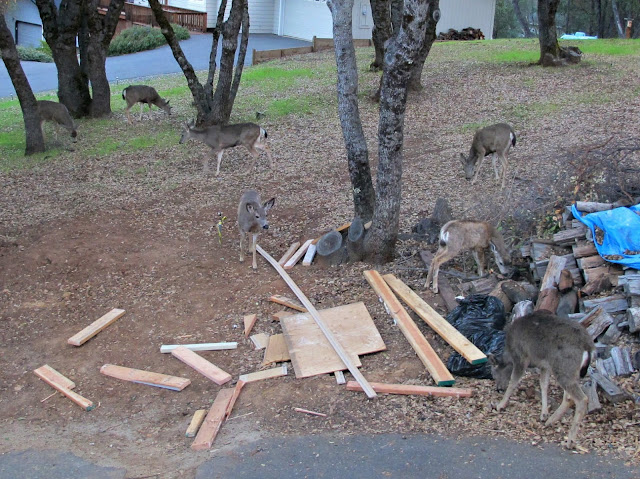 We're back to Thursdays Out. The yoga people who use the room before NeedleCrafts have created this colorful bouquet. 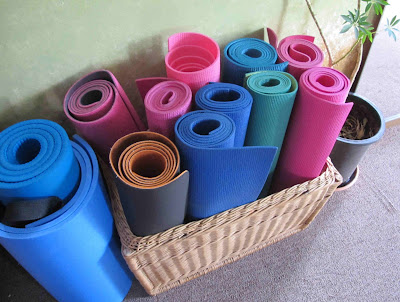 Barbara is hiding herself behind this pretty double-breasted sweater she finished. It is smaller than it appears in this photo! 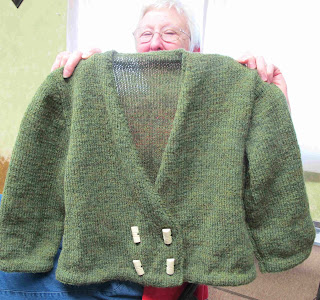 This is Sister's first needle project. She has followed instructions but plans to go back and try to fill it in a little more. 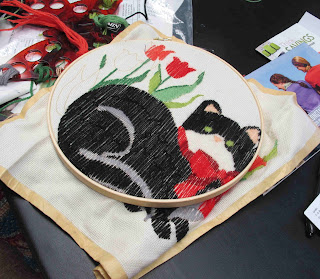 While I was away today, the cable/internet guys came and installed most of their cabling or wiring or whatever they call it.

Meanwhile, last night and this afternoon I have been fighting with a computer problem that may have been caused by a virus. I've never had to resort to outside help, but if I can't figure it out myself, I may have to. Groan.