I like the way the term rolls off my tongue.  I think I first heard it back when Sister and Brother-in-Law were building Garage Mahal. When? Last year this time? Earlier? We didn't adopt the name Garage Mahal until more recently, so searching that term didn't take me back to the beginning, but I know it was a winter construction project.

Anyhow, I remembered the arrival and erection of trusses on Garage Mahal had been a fascinating and terrifying experience -- which I missed -- as Tom tight-rope walked up top the garage, which is two stories high in places, installing trusses.

My trusses were scheduled for delivery last Thursday, between one and two o'clock, which is before NeedleCrafts is over. So I made arrangements to leave NeedleCrafts in time to be home for "rolling the trusses."

Except the delivery truck arrived at noon and the trusses were already stacked up top by the time I got home!

There it is. Craig is passing plywood up to Tom. 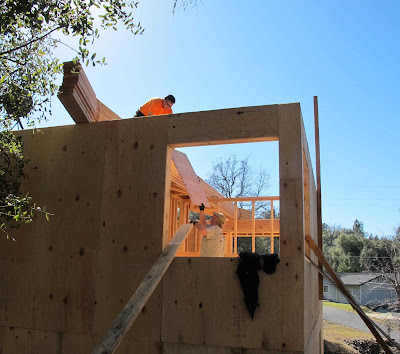 Looks like nine trusses. Maybe ten? See the piece of plywood laying on top of them? 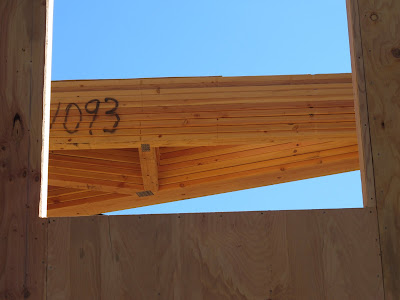 Tom is nailing the plywood to the top truss. 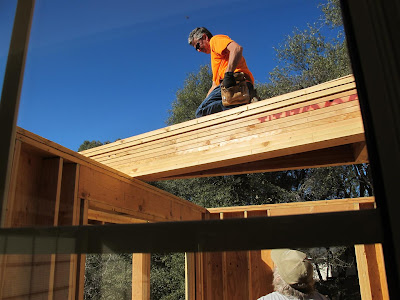 The top truss, which now has plywood nailed to it, gets shoved up on the end of the room. 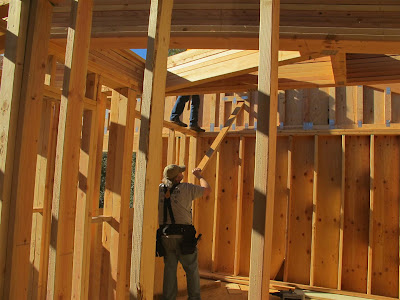 Now Tom and Craig wiggle the end truss back and forth, to get everything lined up properly with the top of the walls. Notice Tom has notched out the truss for the rafters (non-confirmed terminology) to extend out through. 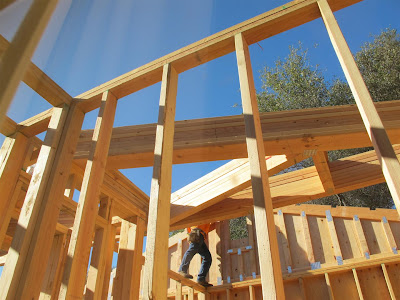 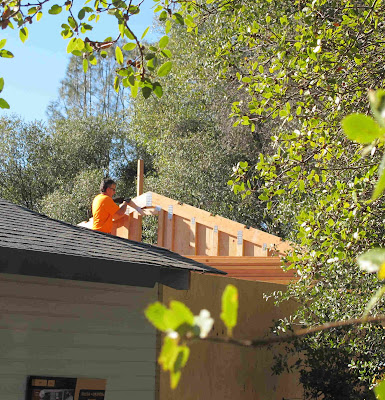 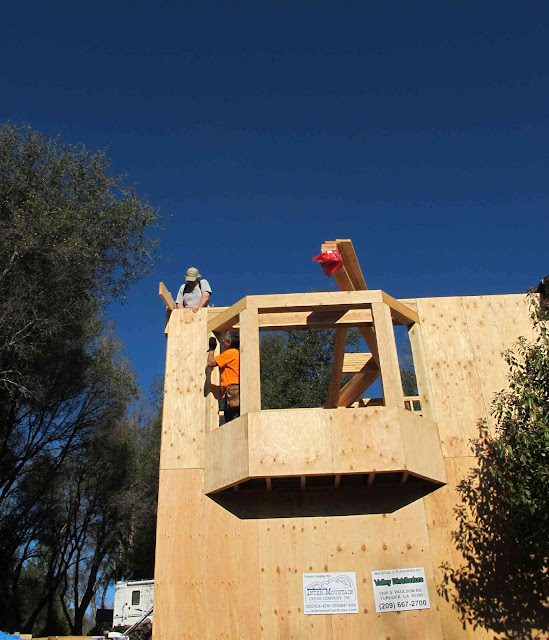 And there it is, end of delivery day, with the end truss in place. 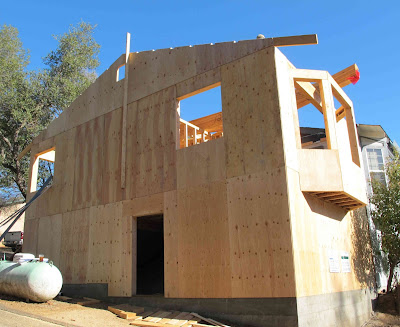 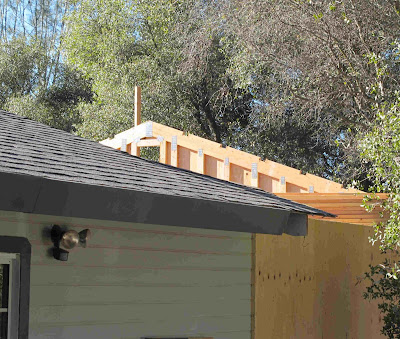 After all the Thursday excitement, it occurred to me I should take down more paintings for storage, since there will be construction stuff going on in the hall a ways down the line. Heck, if I have all my interior walls painted, I need to take all the paintings down anyway. 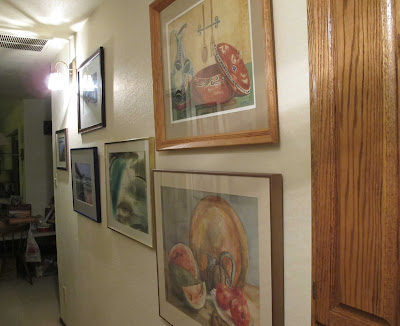 For a change, the lighting Thursday night was such that I could photograph the hungry ferals. It's a bit fuzzy through the screen, but the camera usually insists on focusing on the screen, blotting out the cats. 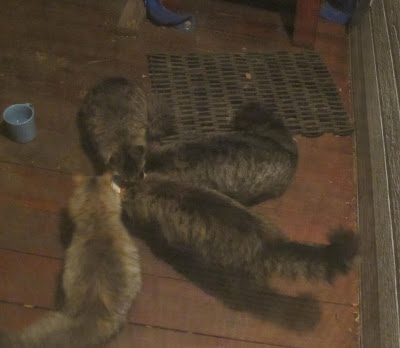 Tom spent most of Friday, "operating" on the trusses to make them flow forth from the existing roof. When it's a new build, the trusses can just go straight up (is that "rolling trusses?"). Thus, this "fitting" process takes a lot longer than Garage Mahal did. 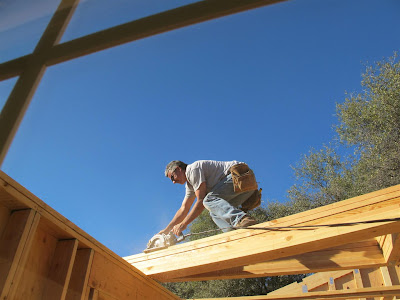 Interesting what a wide shadow a two-by-four on the end of the room casts. 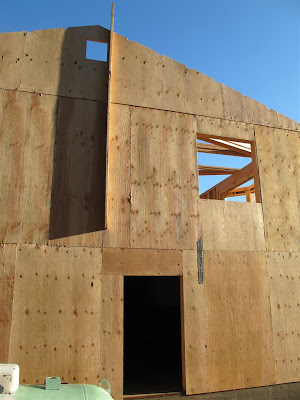 Then there was the weekend, which made it seem like putting the trusses up was taking a really long time. Monday morning, in the first part of the morning, Tom was back up top, while Craig was busy wrapping all the wood piles in tarps and sweeping up sawdust. (Snow is forecast for Tuesday.) Then I could hear lots of hammering and sawing, but I didn't go look until lunch time. 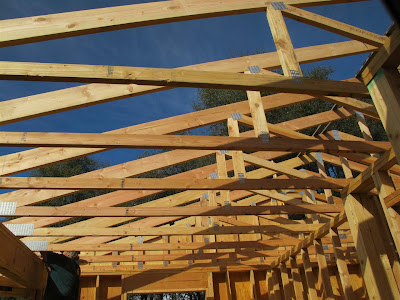 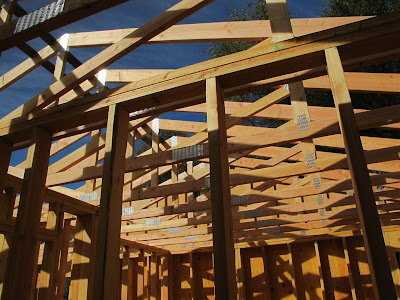