I think Marjorie was the speaker at my first meeting of the Ladies' Club in My Little Community, and, boy, was I impressed. That was over 20 years ago so my memory is not so much of the content as the impact. To the best of my recollection the topic was about books, or reading or literature. It was intellectual and accessible. She also had an appealing bit of a Bohemian look.

I knew her "around the community" for a few years, but got to know her really well when I went through a rough time and availed myself of her services as a licensed clinical social worker. She came to know more of the inner me than I tend to reveal.


When our professional relationship ended, we were friends who occasionally took a meal or a movie or a play together, but we both led busy lives. We delighted in seeing each other and would say we ought to get together sometime, but, you know how it is . . . .

She shared her reflections on life "on the hill," the births (and deaths) of her children and grandchildren, her adventures in life as she loved to travel, in a column in the monthly local paper. When the paper was sold to new owners, her column was dropped, to her dismay and that of her myriad readers.

She got her pilot's license at 61 and became active in the aviation association. She was part of a Unitarian-Universalist fellowship. She was a staunch Democrat in this very red territory here in the hills.

You notice my shift to the past tense. Last Wednesday I got an email that Marjorie had died Tuesday evening after a serious surgery. This was one of those out-of-the-blue shocks that hit hard and knock you down as you try to absorb it. The previous Friday she'd played bridge with her friends as usual. By Saturday morning they heard she was in a deep coma. She had complained of severe abdominal pain. The rest of the story I've "just heard" on an unofficial basis." 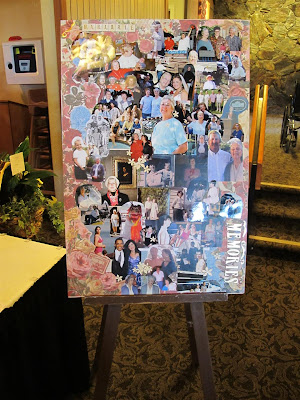 Two weeks before, a friend had given her a plane ride over Yosemite, which he is so glad he had done. She'd shared with one and all how much she was looking forward to travelling to her sister's for Thanksgiving.

It was all so very sudden, so very unexpected. To everyone. Yet one of her friends said this was the way she would have wanted to go.

I joined with her friends and family at the country club at Pine Mountain Lake to share memories, those of her children and grandchildren, then her younger siblings, a sister and two brothers, who told tales of their childhoods together on an Idaho farm. Even as a girl, Marjorie had strong opinions and wasn't afraid to express them. 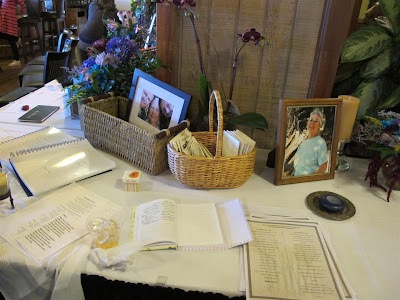 The local community group, Pine Cone Singers with which Marjorie had sung in earlier years, performed a couple of songs, and one of the soloists did another piece. The assembled people sang Amazing Grace (a song which my Mom had specifically forbidden for her services, declaring "I am NOT a wretch!"), after which "refreshments" were offered, really, enough for a light supper. 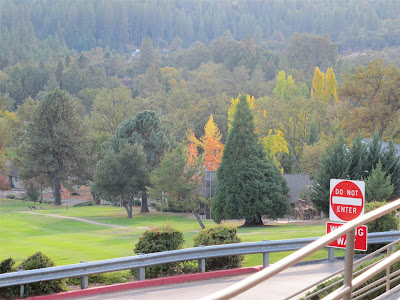 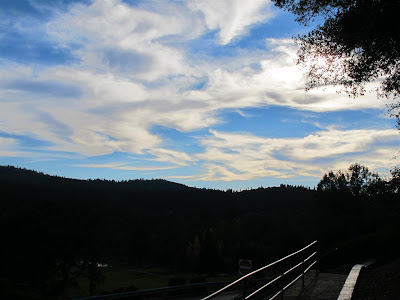 Laughter and tears were the order of the day. Goodbye, Marjorie. We miss you.