The One Day Leap from Past to Present

The word for October 6 Photo A Day was "I'm thankful for . . . " As you can see, some "words" are more than one word. This one left it up to us (the photographers) to fill in an answer. This particular Photo A Day challenge was created by an Australian blogger, Fat Mum Slim, who publishes a word list monthly. You can post your photo wherever you like, including a page in Facebook she creates, your own Facebook timeline, Instagram, Twitter, and any social media you choose. I post mine on my Facebook timeline, and have joined another private group on Facebook, which has made a smaller group to follow and get to know.


On October 6 this year, the historical society in my little town put on its annual Living History Day, with demonstrations of "how they did things" in the old days, in this case, the California Gold Rush era. At the other end of town, at the airport, the airport association put on an air show. I went to both, which gave me the notion that I'm thankful for COMMUNITY. My Photo A Day reflected this.


A big day of activities was planned at the Pine Mountain Lake Airport. It's a county-owned airport, not very large, and homes and hangers of airport owners range along the runways. Most of the aircraft using the airport are small private planes, with a smattering of jets. Part-time residents may commute in by plane and locals may commute out to the urban areas by plane for employment. Fire-fighting, search and rescue, and medical aircraft use the airfield as needed.

On Saturday morning, the experimental aircraft folks were giving free rides to kids. In the afternoon there was fun and games and demonstrations for aircraft and other vehicles.

I haven't been to an air show there in years and was a little worried about where I'd park, given my late arrival. I lucked out, pulling into a closeup spot that had been vacated. I howdied a few friends as I wended my way past the snack booth to take a peek at where I would be heading after I had a hot dog.  I was so surprised to see this towering over all the little planes.

I'd have to get a closer look at this. 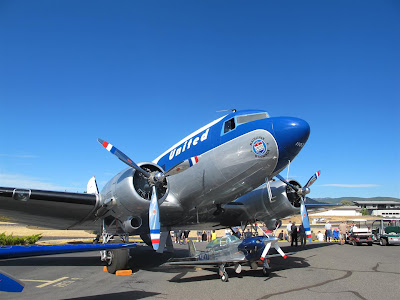 ﻿﻿
The first time I ever flew was when I went off to college from California to Ohio.  I'm not too savvy on aircraft of yesteryear (I'm only now becoming familiar with current long haulers), but I seem to remember that the flight from California to Midway in Chicago was a DC-6, but the flight from Midway to Vandalia (Dayton) was a DC-3. I made that trip a few times during my college years, but a cross-country flight home wasn't the common thing it is now. I couldn't wait to climb aboard and relive the feelings. 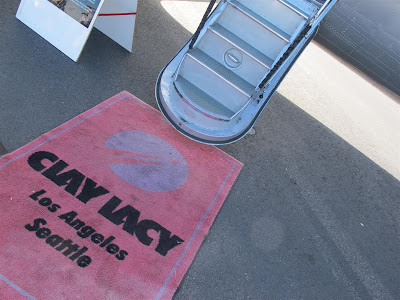 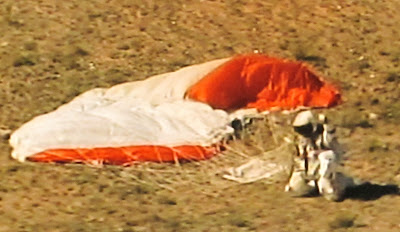 Oops! Wrong landing.
That's this one.


There are cars to look at.

Waiting for the races: motorcycle, and cars vs. airplanes . . . 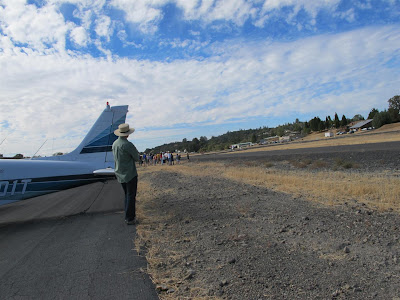 I must confess that all the vehicles whizzed by too fast for me to locate and shoot photos. The aircraft in the upper left photo below may or may not be the actual racing aircraft going 300 mph. (Corrections welcome. That's what I thought I heard.) I'm not sure how the head-to-head between airplane and motorcycle came out. Next was the white Carrera GTS, seen here on its run to the opposite end of the runway to the race start. I think the plane beat it.

In the lower left photo is a race car that sounds like a jet coming down the runway. In fact, it's louder that a jet we'll see soon. It looked to me like it may have beat the plane, but I never could understand much of what the announcer said. A close up of the car is on the lower right. 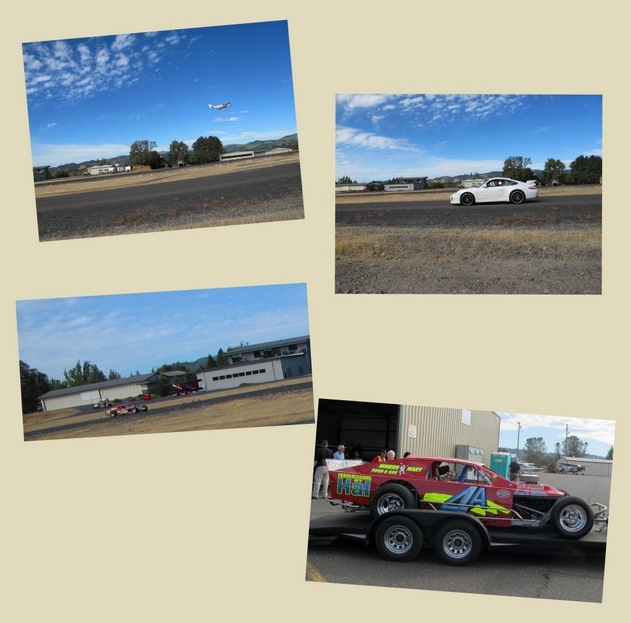 But it's not over yet. There's one more race to go.

In my opinion, the plane won the race with the car, but this Model T took its best shot. 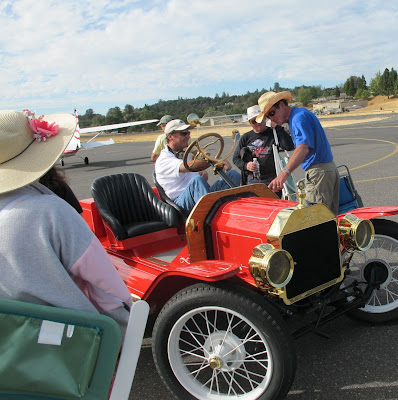 
I'll wind up with a few more planes hanging out. 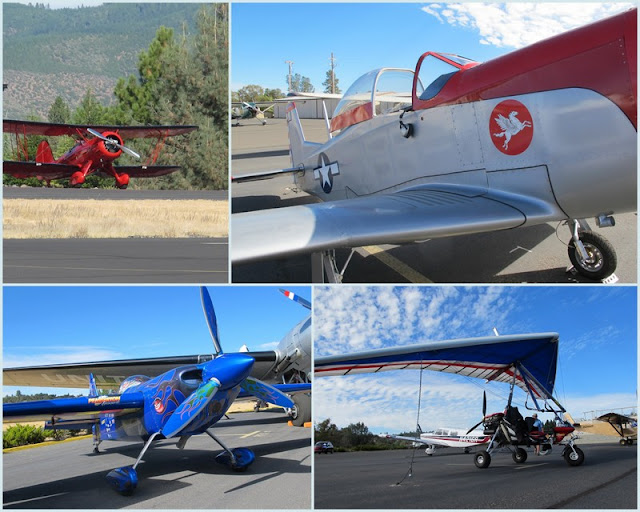 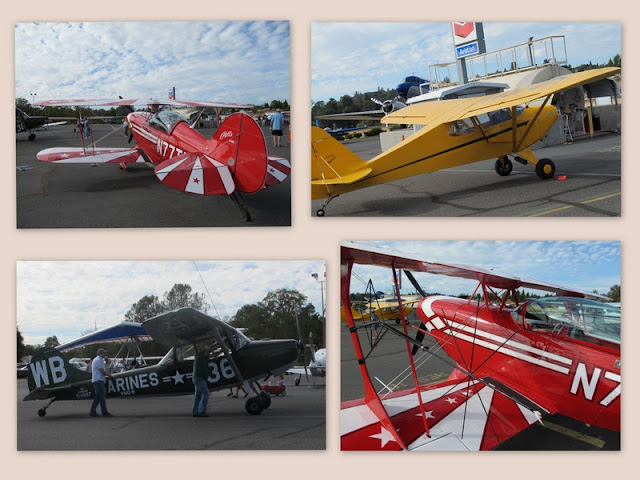 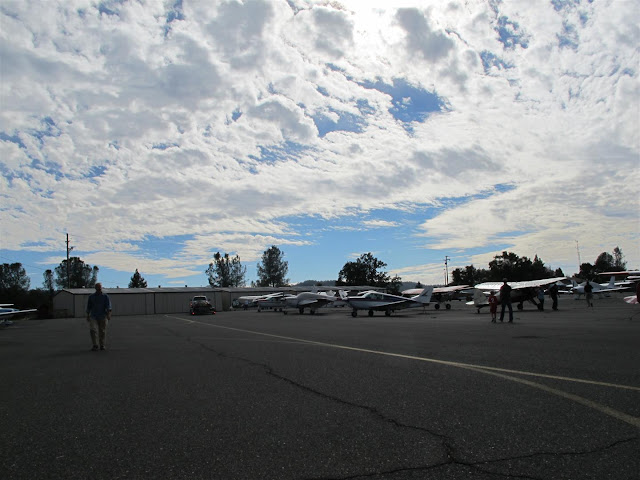 What a fabulous day of past and present it was, and time to meander on home. Community.

I have another busy week ahead, so will see you when I can. It looks like there will be construction photos in my future.