If it's October, this must be Oktoberfest (Friday, Day 1)


Sister and Brother-in-Law are avid Morgan owners and tourers, and, with the completion of the Garage-Mahal to store and work on their Morgans and other miscellaneous vehicles, they wanted to invite their Morgan friends for a look-see. October seemed a propitious month. Thus was born Oktoberfest.

A month or two or three ago, they sent out invitations, and Sister, a project manager in her work life and now in retirement, began planning the Oktoberfest project. The has time arrived. This was Day 1.

Brother-in-Law's task for the day was as tour leader. He hied on out in his yellow Morgan to the Central Valley somewhere to a rendezvous point to pick up other Morgans and their owners for a scenic drive through the Gold Country. They went to a museum and a winery and a state park and then made their way to a hotel a few miles east of our little town.

Meanwhile, Sister had recruited BFF Linda (also a Morgan owner, although she arrived in a Mini-Cooper) to help with preparations on the home front for a Big Saturday Oktoberfest meal and Talent Show. That meant that while Brother-in-Law was museum hopping and wine tasting with the gang, Sister and Linda were slicing and dicing and decorating. I came late to the "festivities" and finished shredding a bit of the cabbage and all of the carrots, and chopped bell pepper, all activities which require only simple direction, a bit of mechanical aptitude, and very little in the way of judgment. We three went out to lunch where we discovered an error in the driving directions for Sunday's events (because we followed the same route), so making corrections was a perfect task for me. 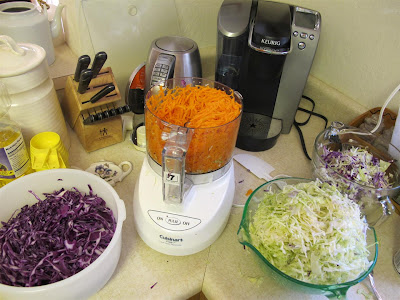 Both Sister and Linda had been busy all morning, so Linda finally got a sit-down job arranging cheese-and-salami plates. 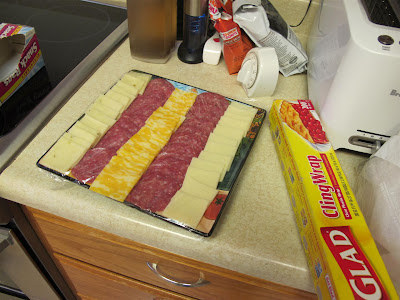 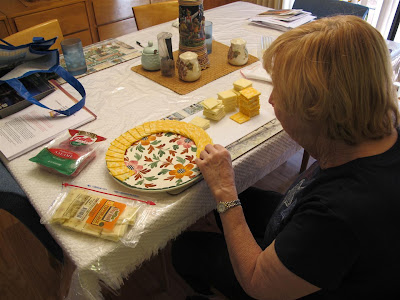 Then they went out to put up the Welcome sign. 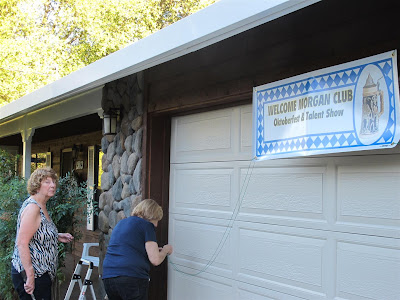 Sister's other BFF, Laura, arrived, just in time for the three of them to pose together. 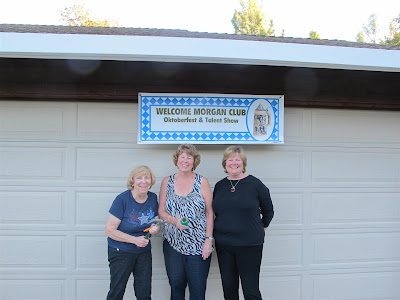 Dinner for Friday night is planned at a local pizza parlor. We'll take over its big room with 35 people. Sister and her enthusiastic assistants put out place mats with a nice picture of Yosemite Valley and a list of activities at all available places. (Some earlier patrons who had been expected to leave before our reserved time reluctantly filtered out as we closed in around them.) We'll be going to Yosemite for the day on Saturday. 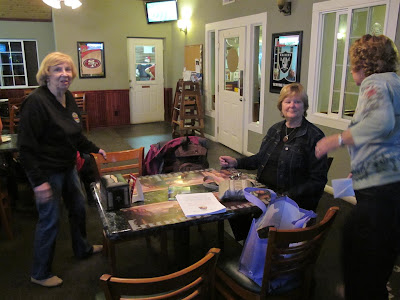 I hear Morgans arriving. I go outside to take pictures and they yell up to me, "Is this Two Guys?" It's a puzzling question, since I know Two Guys has a big neon sign. "We had a hard time finding this."  I lean way over the rail and there's darkness up where the sign should be. 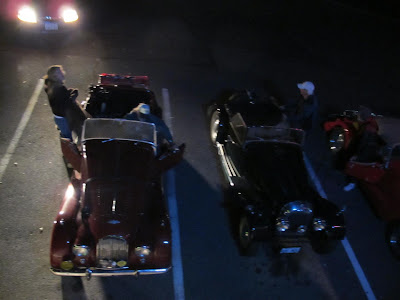 I hastily grab one of the staff and the problem is remedied. 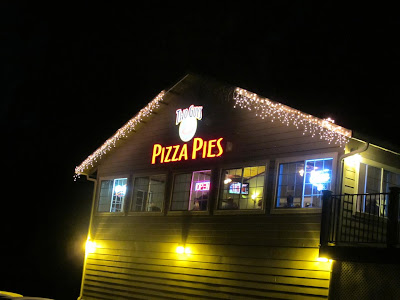 I'm sure I'll get better pictures of Morgans in the daylight tomorrow. 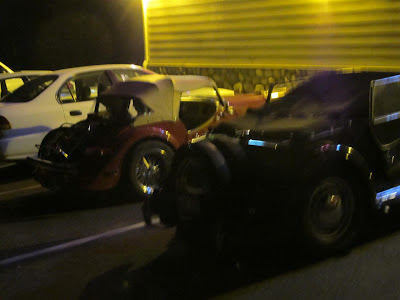 The first of eight pizzas arrives. This is the Combo. 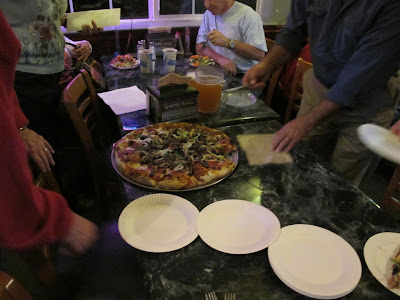 Hungry hordes descend on the pizza. 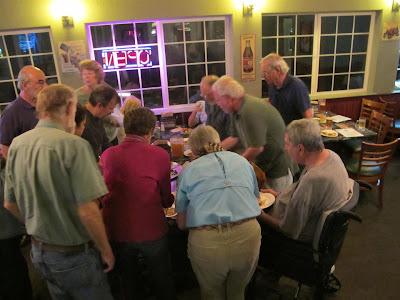 Cheesy, stringy pizza. Laura holds hers up for me. Cheese dangles without breaking off. 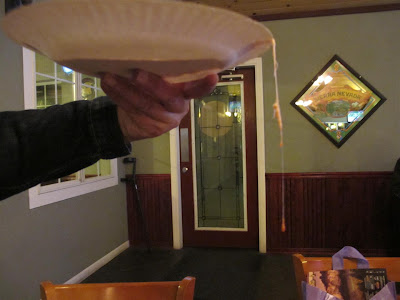 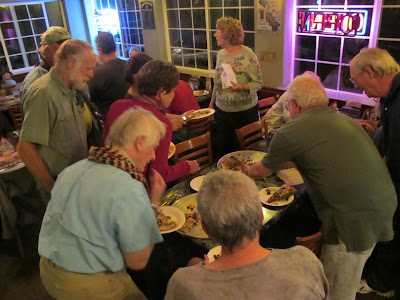 Personally, I define pizza as Pepperoni and Mushroom. That's what I want when I say I want to go get pizza. Other kinds can taste good but I don't think of them as pizza. 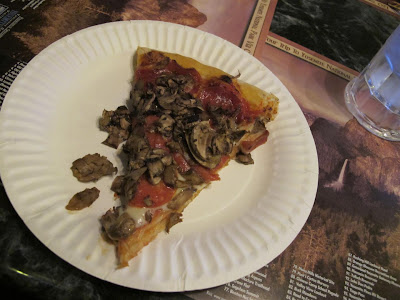 At one end of the room, a couple of TVs are playing some kind of weird endless program about football. Without sound, it's impossible to figure out what's going on. At the other end, the Giants-Cardinals playoff game is on. The Giants get a shut out and live to play another day. 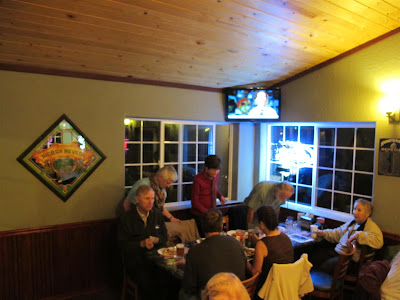 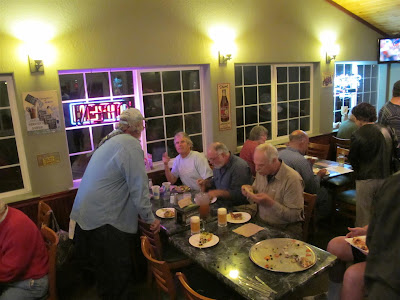 I'll be picked up Saturday morning at 7:45 a.m. (yikes!) for the trip to Yosemite. Brother-in-Law will go by the hotel with his Morgan to lead the Morganeers in. Sister, Linda and Laura will arrive at my house in three cars, leave two here until after Saturday night's party, and we'll head in to Yosemite for breakfast and lunch, then return early to finish preparation for the Oktoberfest meal in the evening.

Email ThisBlogThis!Share to TwitterShare to FacebookShare to Pinterest
Labels: Oktoberfest