Licking windows . . . that's pretty much the literal translation of the French for window-shopping. Marie and I did a little of this after this morning's tour and a pause for refreshment. Marie was on one of Jeanne's trips when I was several years ago.She intended to come last year, but health issues forced her to cancel.

If you've ever heard talk about exercise here, it must have been someone else's blog. It's probably no wonder that Marie and I start out on a walking tour at the head of the pack and rapidly make our way to the rear. So yesterday, when the youngest person on the tour, someone who does yoga, commented about how much she hurt after a full day of walking, Marie and I were all excited. It's not just us! (Well, we're still slower.) We hope she can appreciate what a boost to our morale her pain is! ;-)

This morning's tour of the Museum of Decorative Arts at the Palais Rohan involved some wandering about on construction-zone pathways in addition to the usual cobblestones. If you ever been in the throngs of tourists that surround French cathedrals, Strasbourg's cathedral is no exception. There is a construction project between one wall of the cathedral, and the Palais Rohan that will turn a former parking area into a Place. That's a "plahce," not a mere "place," that will provide a lot more pedestrian-friendly space in the area of the cathedral and the museums surrounding it.

Marie and I consulted: did we want to go directly back to the hotel to crash, or did we want to stop for a cold beverage before heading back? We chose beverage, just for the sit-down time it provided, then sauntered, sauntered, back to the hotel, stopping frequently to take what I'm calling "the fashion photos." You see, yesterday I went looking for a couple of T-shirts, the dress-up kind (no logos). After having a couple of dark thoughts about someone lifting my black shirt with the ruched sides out of my suitcase, I decided to forego accusations and go buy something to supplement the two short-sleeved shirts I'd actually brought and suspend any judgments until I could check for the black shirt at home.

I went to Monoprix, the ubiquitous French department store, and found only one short sleeved shirt, pretty pricey for any store called Monoprix, but also pretty nice. Definitely not a logo T-shirt. Fall styles are in, only long sleeves. I'd been noticing nice window displays of the same during our time here.

I couldn't get "pure" pictures of the fashion windows. Sometimes the reflection "drowns out" the intended subject. But  reflections can be fun, too. I hope these are. I can't really tell what's decipherable, since the screen on my itty-bitty computer is barely big enough to see, let alone judge the quality of the photos. 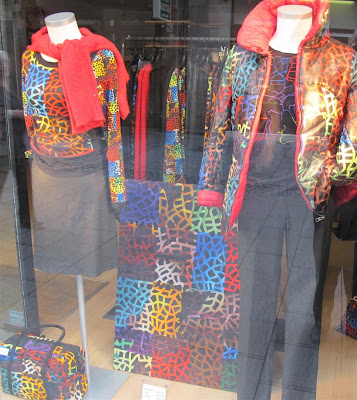 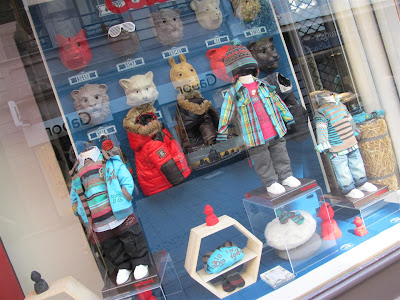 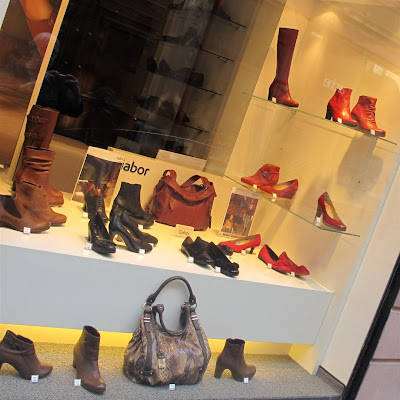 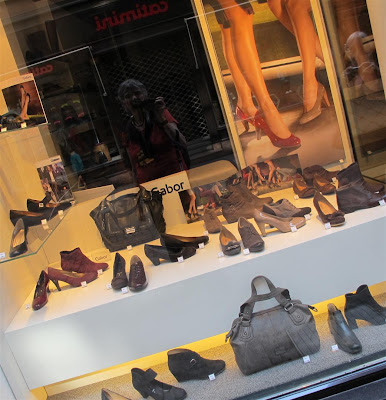 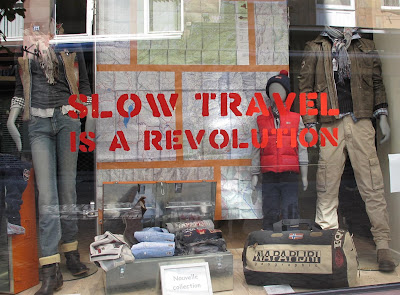 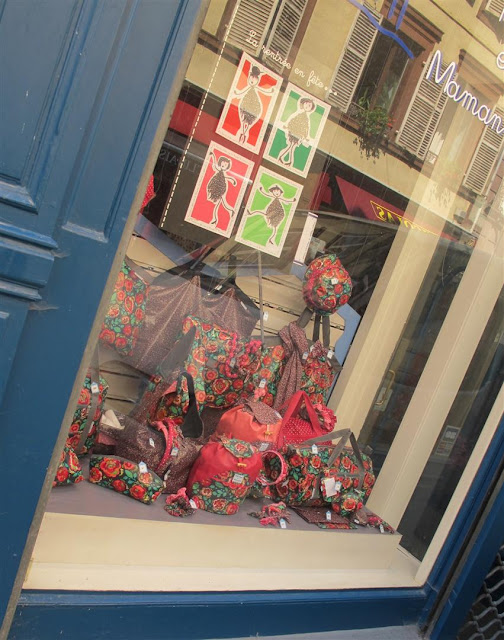 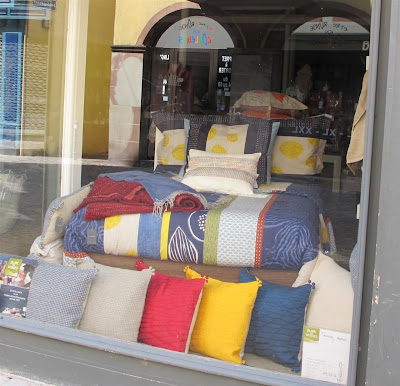 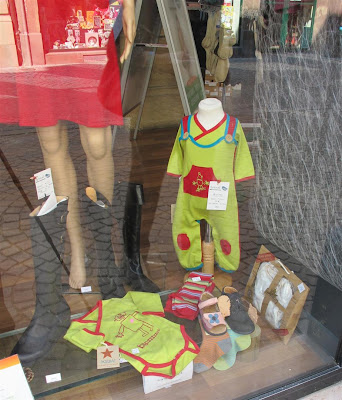 We were glad we had not been enticed into the boat ride on the river. Those who went reported that the heat was brutal. After our leisurely walk back to the hotel, Marie and I went to our air conditioned rooms, did a little reading and writing, and even took a little snooze before going out for a bite to eat.