It was a target . . . be packed before going to Sunday's BBQ, put on by the local historical society. I wasn't truly packed by 4:30, the time Sister and I had decided we'd go, but I was close enough that the end seemed in sight. Only we'd mentioned at one time that we could take separate cars if I was still pressed for time and had never touched base on the topic after that.


I closed down my computer at 4:30, still puzzled. I got up to find where I'd left my phone -- yes, I lose that too. Thankfully it can be paged from a base station. (Reasons for keeping the land line: stays on when the power is out so i can call the power company, can actually talk to other people without "YOU'RE BREAKING UP!" and after you page your lost handset, you can call your lost cell phone with it. My cell phone would still be lost under or in some piece of furniture without this latter feature.) I was planning to call Sister, but heard her and Brother-in-Law pull up just then.


The BBQ was at the usual venue for our little town -- the stables. It's where Soroptimist held its BBQ and where every other organization in town holds its BBQs.  (Well, I think of a couple of exceptions, but this is the usual.) This one had a live band. The whole thing had started several hours before our arrival, so perhaps the dancing had died down in favor of eating, as they were playing to an empty piece of pavement.


We did some amount of howdying of people we know, put our names on raffle tickets, then loaded up our plates with hamburgers, macaroni and potato salads, and watermelon, then watched as dancing started up slowly. 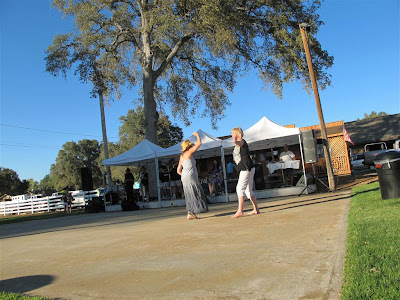 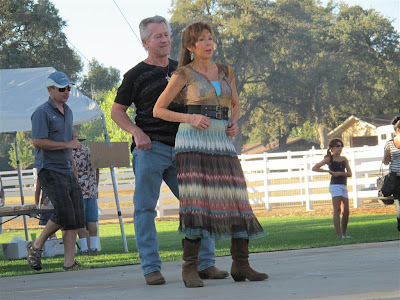 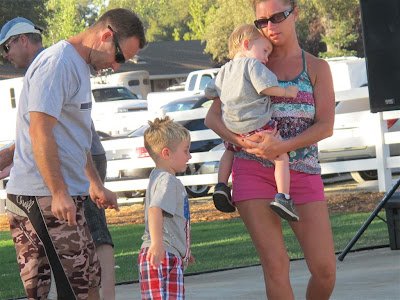 Six o'clock came when the raffle prize was scheduled to be drawn. Sister and I moved up closer so we could hear the numbers better and the band took up the beat again, without an announcement, with redoubled  vigor, so more people began to dance. We went back to our table. 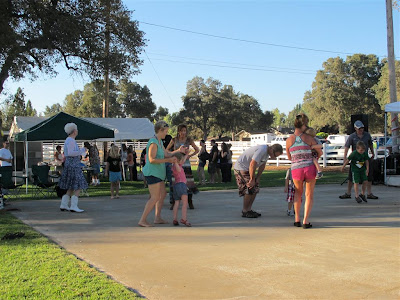 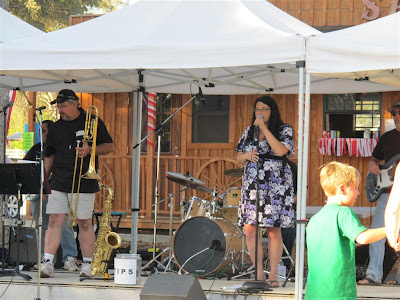 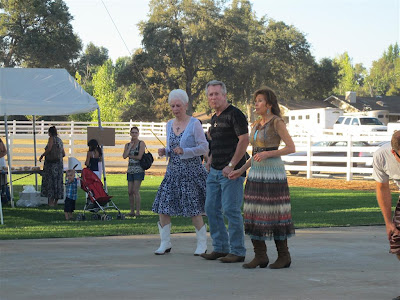 The announcement. Ready. I stood up and went closer again. (I saw the horse drawn carriage approaching in the parking lot and wanted its picture. It wasn't far away. The raffle tickets were misplaced. I had time to take the picture. I ran a bit closer, shot the photo, an instant before they began piling off, 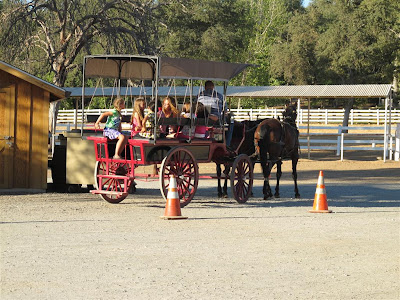 and came back to hear the numbers.) People were walking away. I hadn't even been out of earshot and I hadn't heard a thing. I was not the winner. Who was the winner? "I dunno. Someone." That was the most I heard.

You can see here what great help I was receiving with packing. Henley was keeping the packing cubes firmly under his control so I couldn't put anything in them. 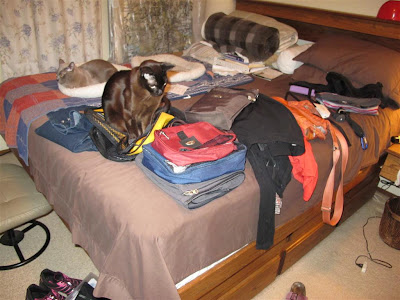 Pick him up, move him over, he plops right back down on them. Jean-Luc just stares morosely.


Labor Day itself is driving day, not really much of a day to do the celebrating. I think it's a big shopping day, except at Costco, where I wanted to shop. I think that I have never seen an empty Costco parking lot except in the middle of the night. I saw two empty Costco lots on Labor Day, in the middle of a Monday afternoon. I'd taken the most crowded conceivable roads in order to go to Costco so my usual 2.75 hour drive to Sister's Bay Area house took over four hours.


The crowd on the road out of my little town is like pouring a great load of cars through a funnel. Three streams of holiday traffic feed through town; one, traffic from the east side of the Sierra up over a high pass through Yosemite National Park; the second from Yosemite Valley; and the third from a major weekend music festival at an area just our side of the national park.


Traffic was bad when I joined it in town, but I took a little detour to get a picture for Photo A Day which I am playing on Facebook. When I came back out on the highway, I had it almost to myself. I had the shortcut down the steep grade beyond town unaccompanied. But then, 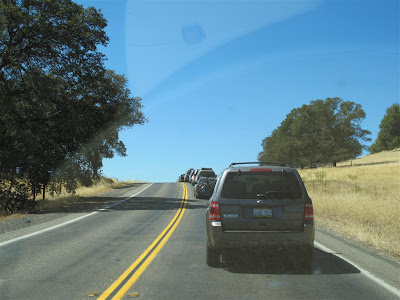 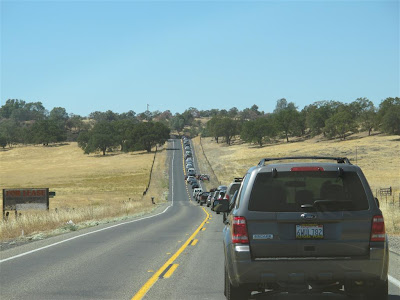 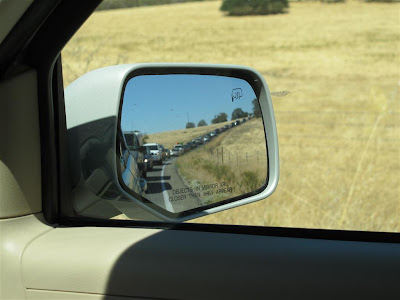 This line was stop and go for a few miles, until it converged with another highway which is fed by another mountain pass over the Sierra and another large recreational area in those mountains. There is no signal at the T-intersection where our portion of the stream feeds into the straight shot from the more northern road. It takes several highway patrolman to control this intersection and the one beyond it where the traffic light for normal traffic has to be turned off to coordinate the deluge. 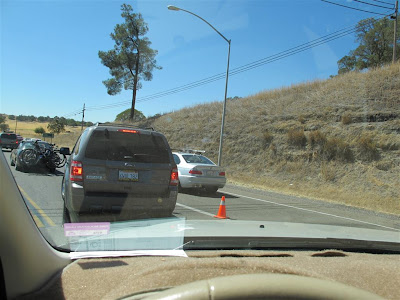 But then, that's the way of holiday travel. Turn up the music and relax!