We move along, from tour to tour, to free afternoon, to a group dinner or a group lunch, on the bus to the next HQ city. We're in Colmar, France, for six nights, after four in Strasbourg (five for me, arriving a day early).

In Strasbourg, near the cathedral a passel of tourists approached us in a narrow street, their leader holding a yellow umbrella high. They moved slowly, in tight proximity, ID cards dangling at the end of red, white and blue ribbon lanyards, perhaps 30 or 40 of them. Close on their heels was a red umbrella leader similarly followed, and then a green umbrella leader, all groups obviously part of a larger one. I imagine no straying from the herd was brooked at that point.

Yes, we're tourists, too. No mistaking us otherwise. We are twenty-one: one man and twenty women. We're a lot like herding cats.

After hearing from every tour guide how first the Alsace was German, then it was French, then it was German, then it was French and remains French, all the players who conquered, and how and why they conquered. After hearing all that, I realize my memory is a sieve, and Sardine Class isn't a research paper. You can Google Alsace and Lorraine and the départements and régions of France if you need to know. I'll bring you a few of my favorite pictures, and my own take on things as they strike me. 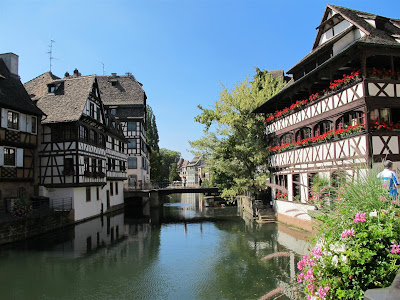 The group's first get together is over wine and sandwiches on September 6 at our hotel. 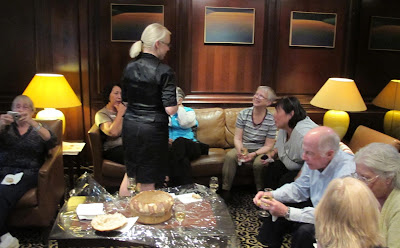 Our guide, Audrey Grill, leads us on a walking tour of Old Strasbourg the next morning.

﻿
This statue honors Johannes Gutenberg, inventer of the printing press. Despite this, he was not admired without controversy in his life and lost the rewards of his inventions in lawsuits, and even spent some time in jail. 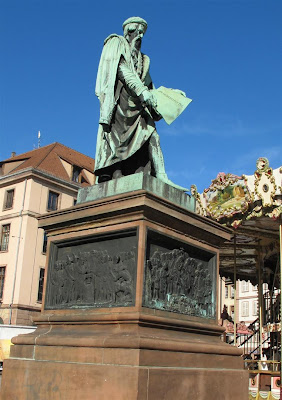 ﻿﻿
Audrey guided us through the Alsatian museum in the afternoon which replicates how inhabitants lived in earlier centuries in Alsace.

On Saturday morning, Serge LeRoux guided us through the old German Quarter. The architecture is different from that in the rest of the city, although an eclectic blend of styles. It houses government buildings, the central post office and the university. 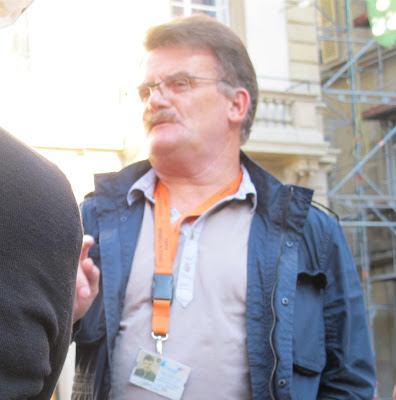 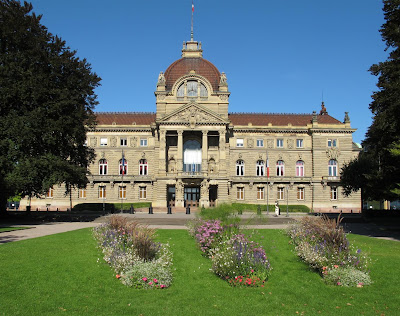 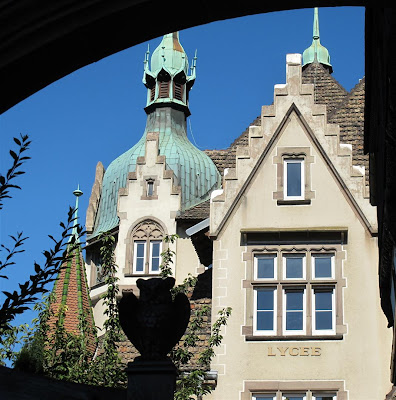 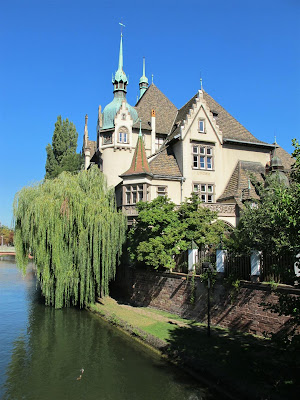 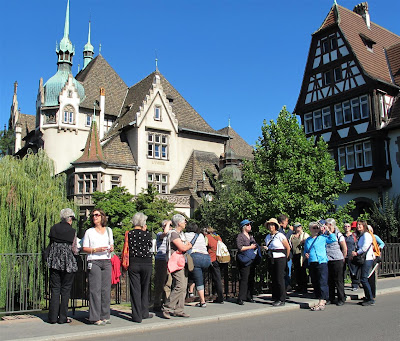 Sunday morning, Anke Frijs guided us around and through the Museum of Decorative Arts in the Palais Rohan. The building and rooms are still used for diplomatic occasions.

Last evening in Strasbourg, a wine tasting at the Hotel Hannong: 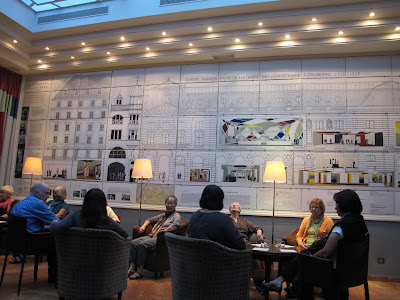 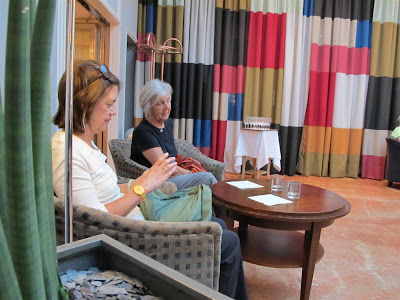 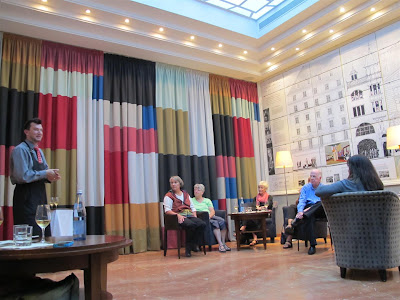 I've missed so much of what we saw, little tidbits that I actually still remember. I think I even wrote some of them down but I'm not sure just where, unless it was in my dreams. This post includes only Strasbourg. "I'm tired and I want to go to bed."  Show Me The Way to Go Home is running through my head, although I don't literally mean that. Colmar must wait until later.


See you when I can.