At the Quilt Show, #2 - Continuing with the First Day


It's Friday night in France. Our raggle-taggle band of travelers has finished up its second and final day at Carrefour Européen du Patchwork in the Val d'Argent in the Alsace region of France. We had an unprecedented situation wherein our fearless leader Jeanne Mills and her assistant Mary Ellen Parsons were late for the rendezvous for the bus ride home. They used as an excuse that the shuttle bus that took show visitors between the venues in the four small towns had a flat tire. Likely story. They probably just wanted to stand around on a busy roadside in the hot sun for the fun of it.


I'm back in time to bring you a second installment of photos I took at the show yesterday. Marie and I stopped for lunch after finally visiting our first hard-to-find venue, then went with friends in search of the Espace des Tisserands, Exposition #4, which included five exhibitions.


The one we turned to on our right was "Colours Singing," by Inge Hueber. She's a German quilter, changing and transforming old rules. The most obvious is her visible seams and threads, which add texture that captures light and shadows. 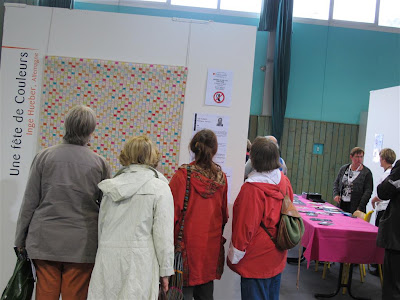 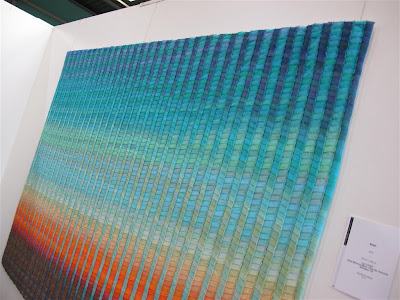 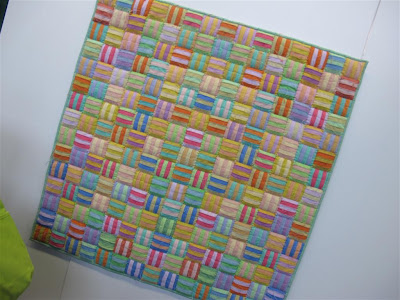 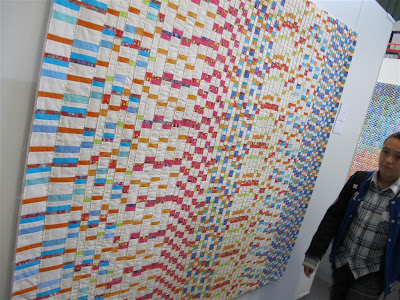 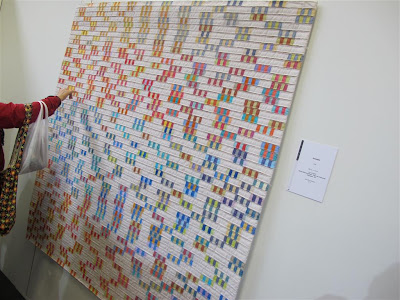 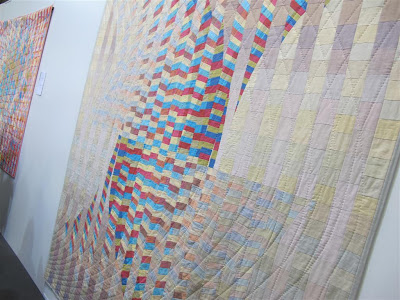 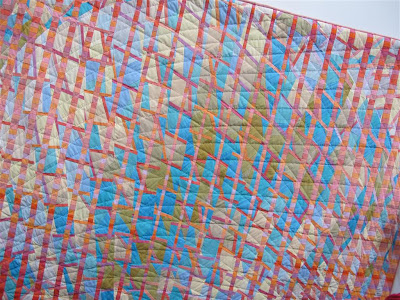 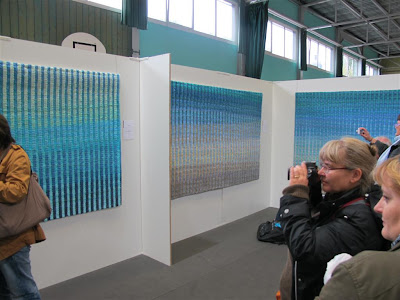 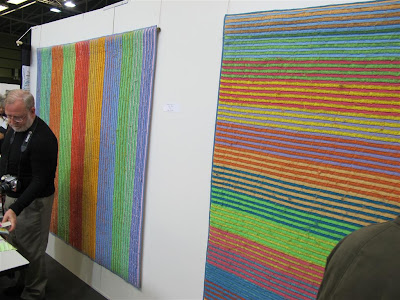 Another exhibition was of the work done by participants in 2011 masterclasses put on by Sue Benner and Katie Pasquini-Masopust. I think all the pieces portrayed below came from these seminars, although since I didn't always take photos sequentially, it's possible I've included something here from a different exhibition. 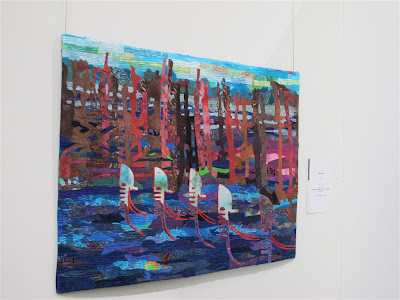 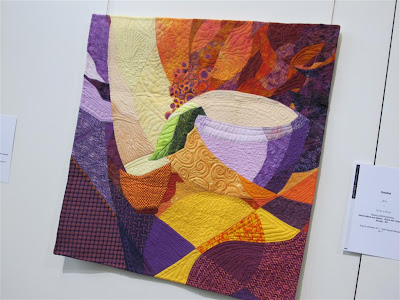 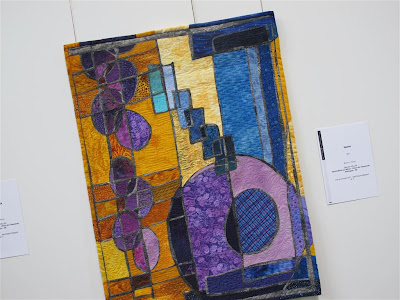 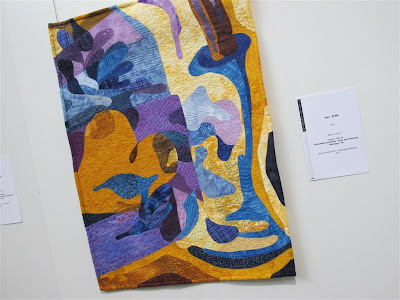 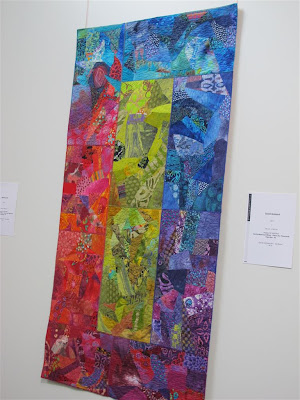 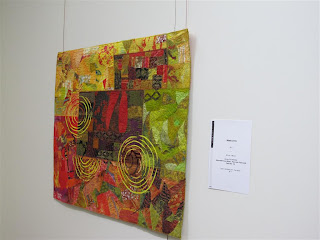 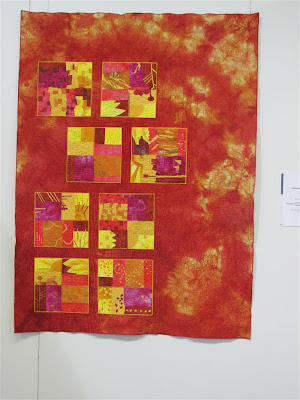 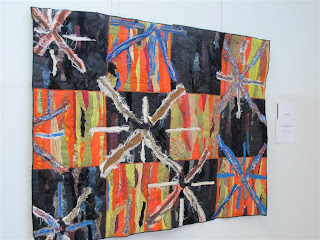 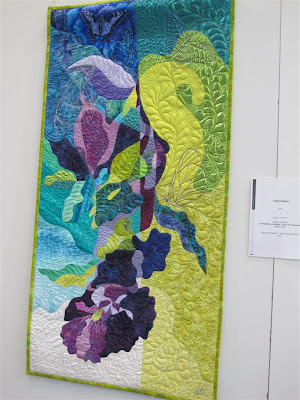 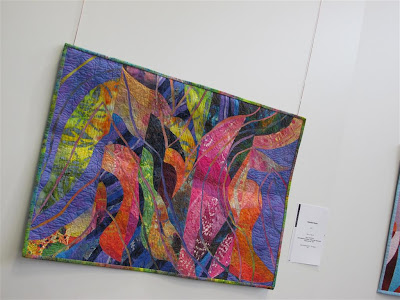 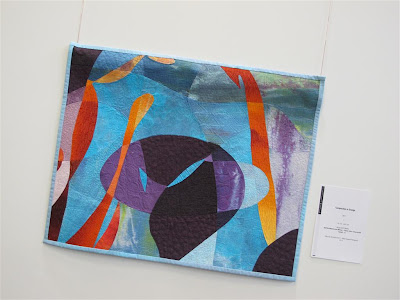 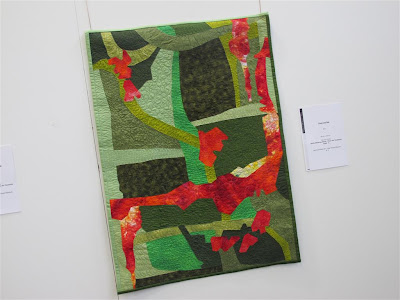 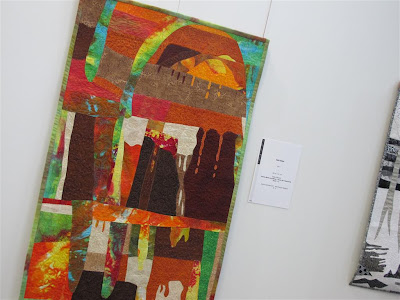 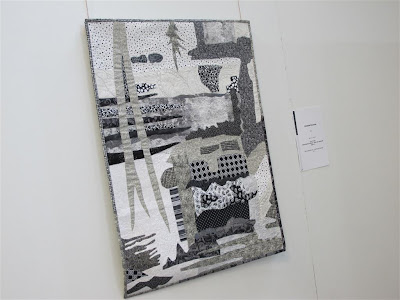 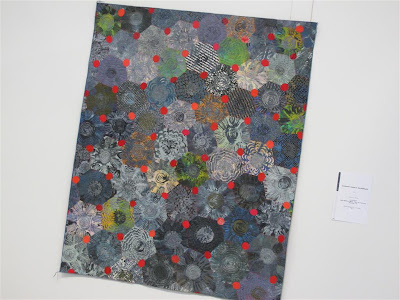 I have a lot more quilt photos I'll drop on you some time in the future, but since not all readers are quilt fans, I'll cover other parts of this journey as well.