It was a little cooler in the bedroom this afternoon when I stopped in for an Excedrin and stayed for a little nap. I was awakened by a phone call on the non-Caller ID phone there. A man identified himself, a familiar name but I couldn't immediately place where from. The cobwebs lifted from my brain a bit and I handled it.

I lay back again, feeling almost glued to the bed. Lassitude. Is that the right word? Does it mean what I think it means?

Yup! Exactly what I'm feeling. Just to give proper attribution, that definition is the first thing that came up when I Googled the word. I'm blaming it on the heat. It has been over 100° -- well over -- for several days and for going on the third night, I'll leave the air conditioning on all night without opening the windows.

Every day I've made a few little notes to blog about for the day. Remember my big resolution to blog every day so it doesn't become such a mammoth undertaking? Evening comes, blogging time, and it just feels like so much work. This evening it seemed like a good idea to watch the finale of The Closer and the debut episode of its successor, Major Crimes. I only recently discovered that I get the channel they're on. I had watched the first few years of The Closer on DVD, then there was a big gap that I thought I should close before resuming watching it. But as the finale drew near, I tuned in and it was like jumping into an old familiar place.

I'm tired tonight, too, and about to go to bed early. Early for me at least. The air conditioning guy is scheduled for in the morning for my regular maintenance service, so it would be a good idea to get up at a reasonable hour. I would not be surprised if he were to be diverted for an emergency call under present circumstances.

I'll leave you with my August Photo A Day for August 14 because it looks like a good place to hang out for someone stricken with lassitude, although the word for the day is ARROW. 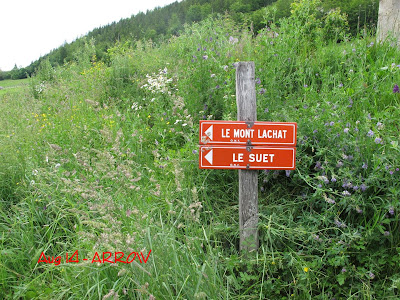 Then for good measure, I'll bring you PURPLE, from last Saturday, just because I like the pictures I used in the collage. (The colors clash, don't they?) 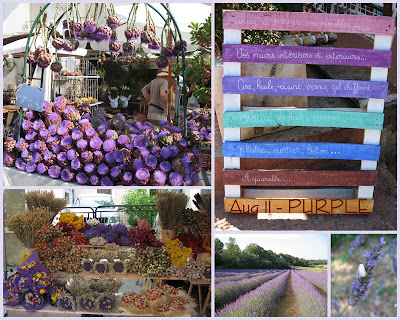 See you, the soonness of which I will not guarantee.