The Lost and Found Gremlins


You may remember my mentioning this:

LOST: My YNP (Yosemite National Park) embroidered baseball cap when I went to my son's house over Christmas in my car.

Reappearance in May in the back seat of my truck!


LOST: The battery charger for my camera
Last used April 4, missing as of April 9.
I ordered a replacement April 23.
On my blog, several times I prognosticated that the old one would reappear (April 9, April 27, April 29) as soon as the replacement arrived.


LOST: My car key today
Should have been in my jeans pocket or on the tray for sundries on my bathroom counter.
Missing this morning when I needed to leave for a meeting.
No time for a search, but there's a spare key in the car.
But the car was out of the garage so the rain would wash it (and so it wouldn't drip on the garage floor). Locked. I forgot the door combination -- in my head -- but fortunately my fingers remembered it.
I didn't remember to look for it until I found it, this evening. I had intended to look among the teddy bears when I got home. (They were not suspects; I'd merely draped my jeans on the back of their chair last night and the key could have fallen out of the pocket and into their grasp.)

Several days ago, I'd put my suitcase on top of a box so I could put random items in it conveniently in the run-up to the trip (and cause panic among the cats). Most were freshly clean clothes, right from the start. Since then, I'd piled a bunch of miscellaneous stuff on top of the closed suitcase, which cats were beginning to consider as things to throw on the floor. I sat on the ottoman tonight to rearrange and organize the items in and about the suitcase. After a bit, I got back down to the suitcase and opened its lid.

Reappearance: The key was inside the suitcase on top of the casually tossed in clothes. 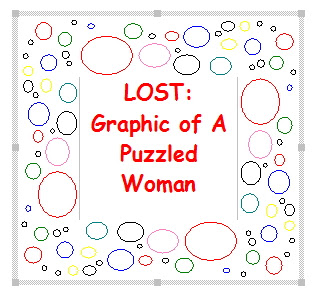 LOST:  A stretchy black strap that I put around the giant plastic baggy of my medicines and supplements (half the weight of my carry-on, I swear) to keep it folded in half so I can keep it upright behind my netbook (small, annoying laptop).  Went missing several days ago after I thought I picked it up off the floor and put it in or around the suitcase.

I've searched, over the days, rather casually, but since I decided to organize that suitcase pile tonight, I got intense. I needed it so the stuff in the carry-on would stand up properly. My best idea was to look under the stove. With flashlight and the weird brush I'd acquired for -- I don't know what, something in the dryer lint system or the refrigerator coils or ??? -- but would reach almost to the wall under the stove.

Yuck. Double yuck. Aside from about a dozen cat toys, there was dust, crumbs, the foil strip that had been torn off cat treats. But no black strap. The cats have been using the time since -- when they're not staring at me and the suitcase -- whizzing the toys back and forth on the vinyl floor in the kitchen (much slipperier than carpet) like they're playing hockey, and using as the goal, the space under the stove.

Reappearance: The black strap reappeared soon after I first penned this, on the floor in plain  view from my computer chair. Meanwhile, I found a pair of sox from the items on my bed in a cat food bowl. With a hole in one. (No, I'm not talking golf.) Jean-Luc likes to "feed" anything he can carry to the food bowl. He used to destroy these "babies" over time, but as of last week, he started destruction on one of my cute "kitty" sox first time out. So now there is a hole in my intended color-coordinated little socklet for my trip. I've washed it out and hope it might survive a wearing or two.


Over the years, I've developed the conviction that there are gremlins that hide things and, eventually, they will bring them back. I could tell you about some amazing reappearances. There's so much more, but I grow weary tonight, as must you.