Also known as fashion and flowers . . .


I was scrolling through photos, looking for a particular one from the mists of history to use with a planned blog. (No luck.)  In the meantime, I ran across a particular French portal into a courtyard that is one of my favorites. Last time, or maybe even more past times than that, that I was in that French town I tried to find the portal again. Last summer I concluded it was gone. It had been replaced by a crappy mini-mart. Had I or hadn't I taken a contrast picture of the mini-mart so I could decry the loss of that beautiful little entryway?

In that quest, I ran across the photos I'm posting here. They're from my pre-blogging days, so you've not seen them here before. And I just really like them.

I think this was the year that we took the train from Paris to Giverny, which you may know more familiarly as Monet's Garden. But first we walked to the metro station, to take the metro to the train station.

Our walk took us past Versace's windows. 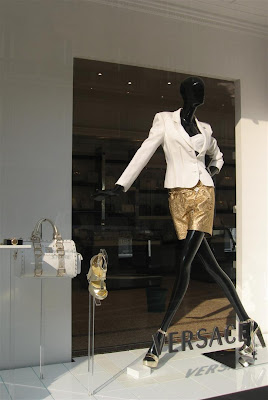 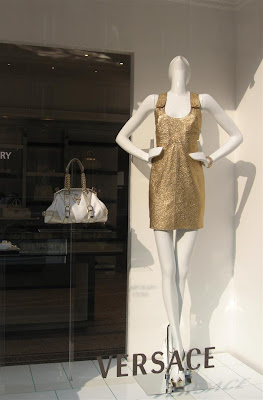 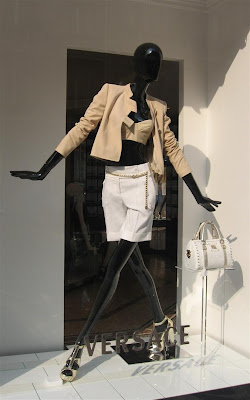 I think this one for Darjeeling Lingerie was in a train station, judging by the reflection of windows in the glass. I'd have thought it might be a little racy for this blog if it hadn't already been out there for everyone to see. If it wasn't in a train station, it was on a street kiosk. It amazed me then. I've become more blasé over the years. 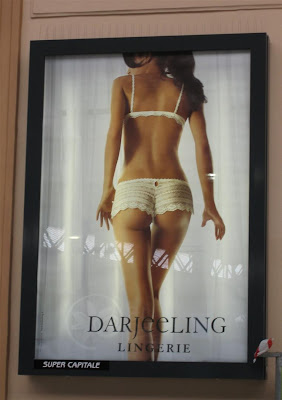 We took the train to the station nearest Giverny, in Vernon, then caught a shuttle bus -- well, a pretty big bus -- to Giverny, and walked the rest of the way to Monet's Garden, arriving mid afternoon. I've been there several times, but the thing I like about the pictures this time is that there are no people in them. I'm sure the garden wasn't unpeopled; perhaps it's just that I've concentrated more on closeups of the flowers. I think that lends a serenity to the scene. 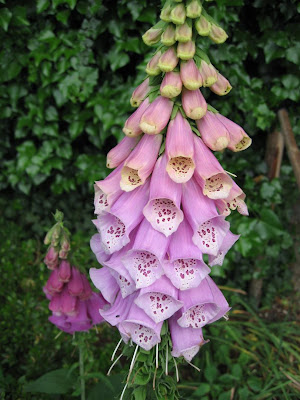 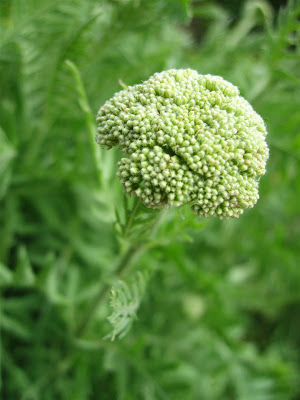 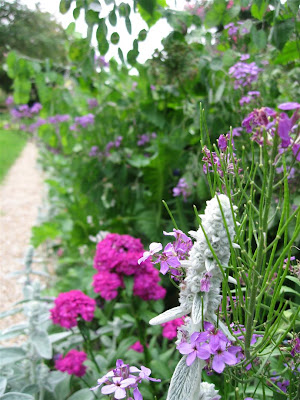 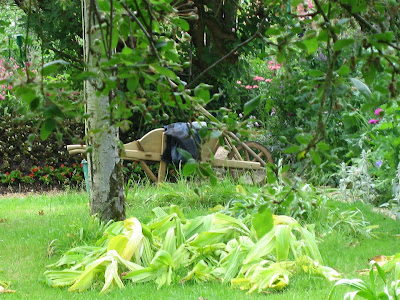 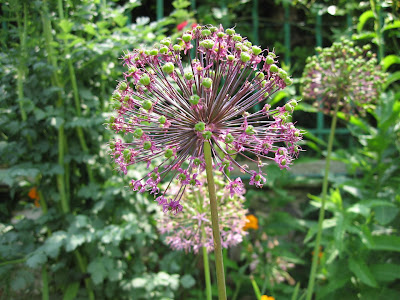 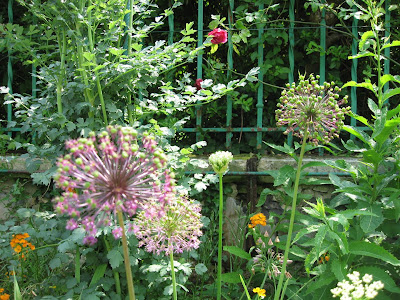 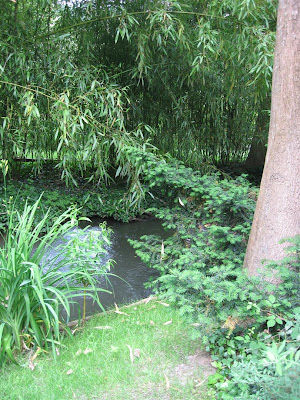 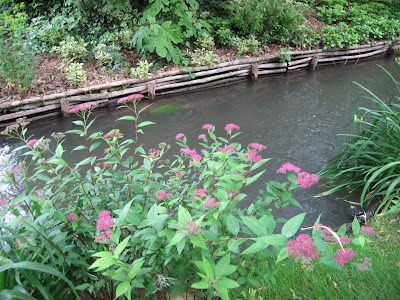 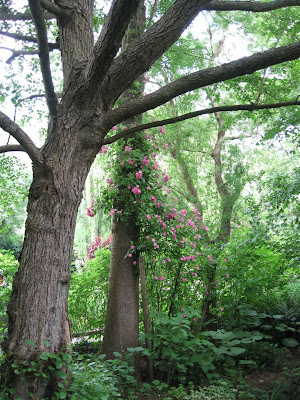 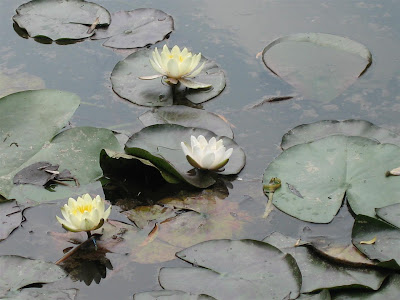 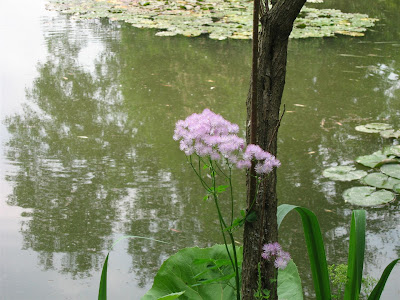 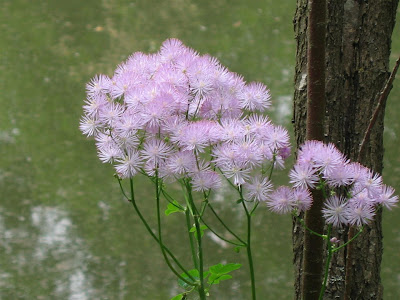 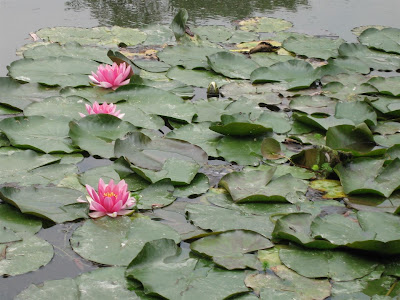 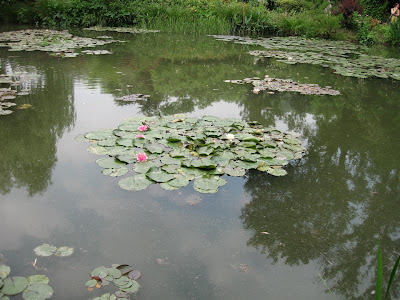 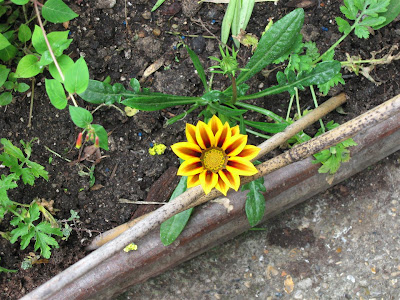 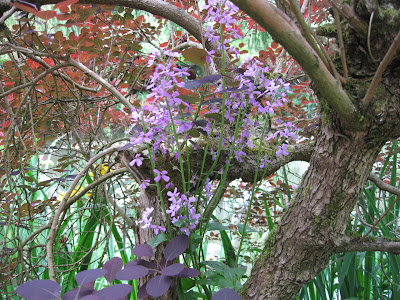 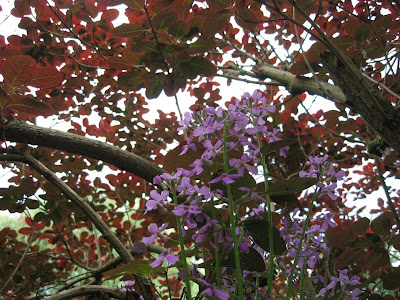 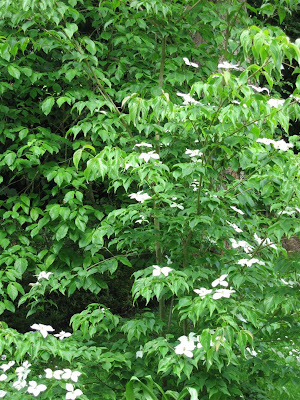 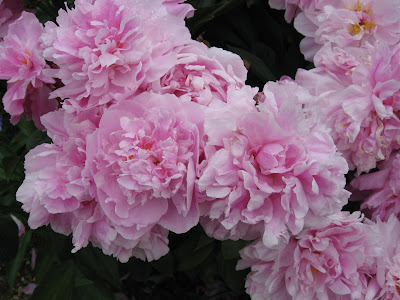 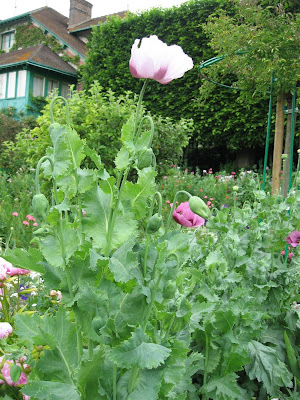 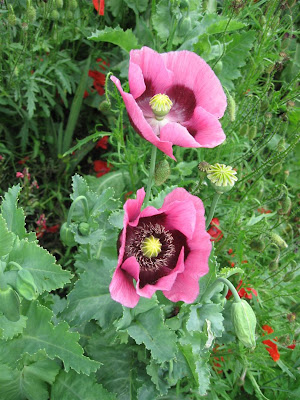 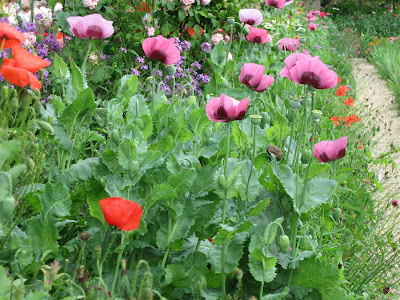 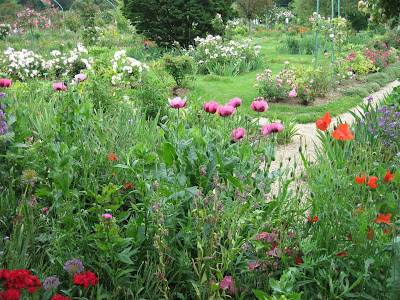 Are you relaxed now?