Friday afternoon my cleaning lady and I were discussing when I'd have to abandon my computer chair so she could vacuum up the big rolls of cat fur that my rubber-soled shoes scuff up on the wool carpet under me when the phone rang.

Daughter calling, unusual during the work day. "What are you doing this weekend, Mama?"

I clicked on my calendar. "Nothing specific Saturday or Sunday."

She had a property to investigate halfway between my little town and Fresno, which she recently moved to, and wondered if she could continue on up after work to spend a couple of nights. Perfect. The house would be clean and straightened. There was nothing I specifically had to get done on the weekend. Come ahead. Her first trip up here since she moved close by, in fact, first since Christmas, 2010.

We gave Brother-in-Law, who was batching it until Sunday, a call and we all went out for a bite to eat.

Daughter and I proposed plans for the weekend. She was eager for some exercise on Saturday to shake out muscles stiff from sedentary work and I told her I'd heard there was good wildflower viewing out on a nature reserve, but didn't know whether the rain a couple of days earlier had flattened them. We decided we'd also load my pickup with the bags of recyclables that were stacked high in my garage, and take them to the refuse haulers recycle collection area.

That's when the spookiest thing happened. In this post last Monday, I included a shot of me, wearing my new cap that I'd bought in Yosemite to replace the cap that went missing on the trip to my son's house over Christmas. That had been a Yosemite cap as well, with little YNPs (Yosemite National Park) embroidered all over it. I know I was using it en route. It was my car hat at the time and I was driving into the sun during the afternoon and wore it to shield my eyes. I could not find it as I headed for home. L   I've sent a note or two to my son asking him to look around. My theory was that the grandson and his friend, who'd unloaded my car full of Christmas stuff and more, might have knocked it inadvertently out into the grass. No response.

So yesterday, when I went to put my backpack into the back seat of the truck, that's TRUCK, not car, there was the YNP cap on the back seat. Shriek!

The battery charger for my camera is still missing. I wonder where it will turn up, once the replacement charger arrives?

It was my first time to go there, and we discovered that my mixed recyclables in bags had to be separated into categories to be tossed into different bins, no plastic bags allowed. Don't be disappointed that I have no photos from this activity. The recycle venue lacked the bonus scenic treats that my fine trip to the dump/landfill had included.

On the way home from the recycle site to leave off the truck and pick up a car, we stopped to see progress on BIL's Grand Garage. Actually, except for the paving on the driveways, the Grand Garage is finished. There is a "minor" sub-project underway, making a deck extension that will restore access across a "moat" created by the new parking pad. It will be strong enough to support their hot tub, which they'll move to the mountains from their city abode. (See photo by Sister at the end of the "walk" photos of decking progress.)

It was well after lunch time. Daughter was starving. The warmest part of the day was upon us. We scrapped the search for wildflowers and went for Plan B: We would head for a Spring Festival being held in Sonora, CA that daughter had read about in the paper. We'd walk around looking at crafty stuff instead of flowers. We got lunch at the Mexican restaurant in my little town. Daughter had been leery. She'd lived for years in Tucson with its large Hispanic population, and now in Fresno, around the corner from a place specializing in seafood, Mexican-style. She vacations often in Mexico as well, all of these forming her idea of "authentic." What kind of Mexican food would my little mountain town ever come up with?

Darned good! She could tell from the first dip of the homemade salsa.

We had a good tour of downtown Sonora on a balmy afternoon.


We stopped in a shoestore to try on some shoes. I saw CUTE sneakers, even cute in my size, except that my left foot is a half size larger than my right foot and they didn't seem to want to split up two pairs of shoes for me. He did order me a longer, narrower shoe to try on, in another style.

Daughter tried on a few shoes as well, but her size wasn't in her color or vice versa.

We took a "bucolic" ride home (so funny that Daughter described the country road thus, as I had described in a trip earlier this week), picked up a take-and-bake pizza on our way home, and settled in to watch The Descendants. 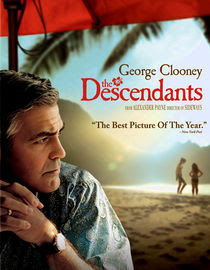 Daughter wanted to hit the road early today, going back to Fresno via Yosemite Valley. She got held up awhile. I gave her my bicycle (do I really think I'll put it in my car and go riding somewhere???) and helmet and she did something to her back while stuffing the bike into the car. She spent time waiting for ibuprofen to work and trying to stretch out and massage the problem area.

She called me when she arrived home, excited to discover how very near to Yosemite she herself lives. She stopped for a short hike in Yosemite Valley to help work the kinks out some more (what she wanted to do in the first place yesterday) and feels better.

It was nice, realizing we can get together so easily now, that it's not a day long air trip or a two day drive each way to Tucson. Welcome back to California, Sweety.