Can I say “witch’s tit?” and not get R-rated? I can’t remember whether that was the favorite weather description of my first (Vermont) husband, or my second (San Diego) husband. It goes way back in memory and it sounds kinda New Englandy, so chances favor the first. 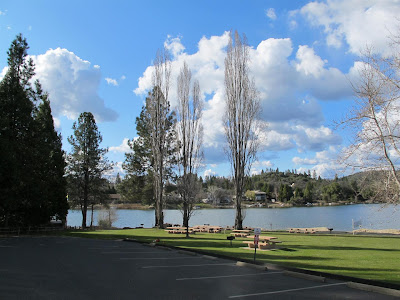 I’ve been absent from Sardine Class for a few days, mainly because I’ve been working on the newsletter for my local Soroptimist chapter. Along the way I’ve started, but not finished, three different blog topics, but gave up and went to bed when I nodded off over the computer. Some is dated but some of it may be salvageable. I didn’t want to fall behind on Thursdays Out. It’s becoming my hardy perennial, er, hardy weekly.
There was ice in the feral cats’ water cup this morning, my first clue that the sunny morning didn’t mean it was warm. Because the rooms at The Little House where our NeedleCrafts group meets, then eats, can be chilly, I wore my fur-lined vest. At the last moment, I decided to wear a jacket, too, and before I got out of the car I ended up with a scarf on as well. It was cold. And it stayed cold, with a breeze that felt like if blew in off a glacier.

We only had four at NeedleCrafts today and I didn’t take any pictures there. People were out of town or had visitors or doctors’ appointments. I had about an hour between NeedleCrafts and a computer club board meeting, so I came home to do a few things before returning back to town. Someone’s kitty had been killed in the road in just the short time since I'd come home.


It’s been a rough couple of days with kitties. Boots, one of the original feral babies that appeared a year ago, child of Black Kitty and Little Mama Cat, has showed an expanding girth in recent days, following a certain amount of romping about that she’d engaged in recently. That happened last year some time, too, but she never appeared with offspring. She comes to me for food with her brother (or sister) , Stripes (who has never clearly revealed a gender), but if I get too near to her she skitters away, and if I try to follow, she races away. She announced her arrival yesterday morning in the usual way – by landing, splat, halfway up the screen door. (Remember those Garfield dolls that got stuck on car windows?) When I went out to check the food bowl, I thought she had a mouse or some other critter, but it was an immature kitten, stuck to the tip of her tail, dead, apparently quite a while.
She stood her ground, meowing, as if to say “help me.” I wanted to grab her with a towel and remove the little baby with a washcloth, but she would have nothing to do with the towel. She didn’t resist too much when I held her by the scruff of the neck and pulled the baby free.
Moments later, she was meowing at me insistently, then moving away a few steps. She guided me with meows and short forays out and back until I followed her to her hiding place, where she disappeared up under a tarp that protects her from weather and conceals her from other animals. I left her hideout alone. It seemed that she wanted me to know, and had trusted me with this information. This evening, when she finally seemed interested in food again, she let me feel her flat little sides. Stripes came with her. I talked to a friend at the vet’s. Nature will take care of Boots’ healing.
Then we will get her fixed!


After the club board meeting, I really didn’t want to come back home past the poor kitty in the road. So I came home another way, via the lake, where I had a clear view of the spectacular cloud formations against the blue sky. I pulled in to take a slew of pictures. 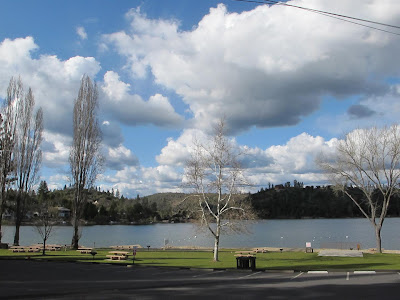 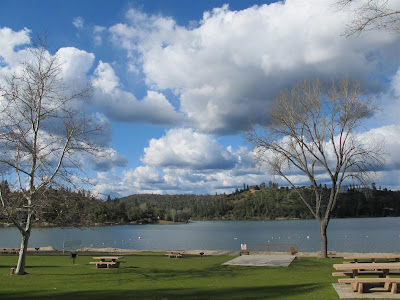 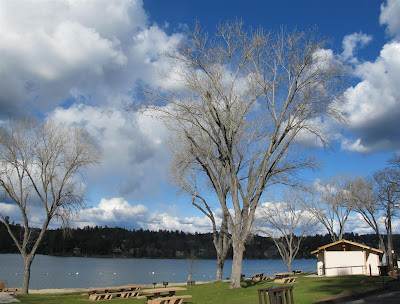 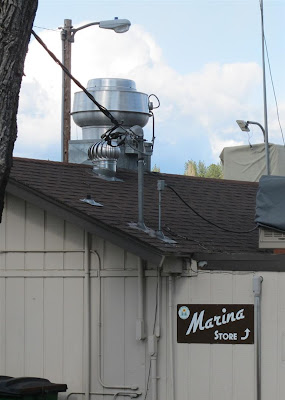 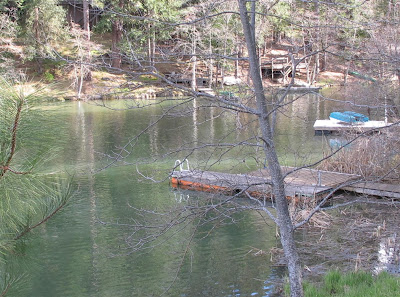 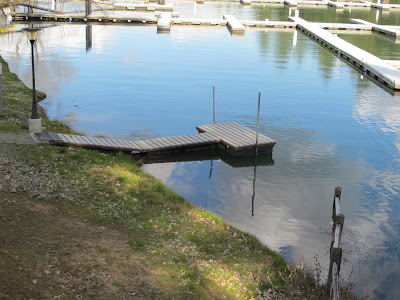 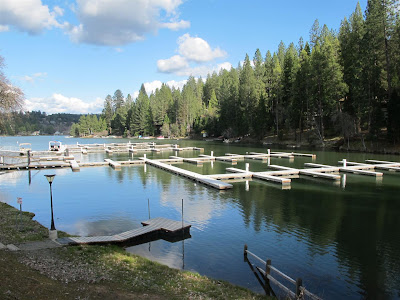 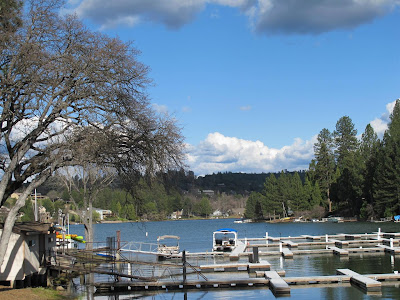 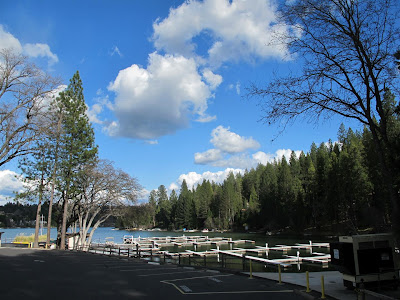 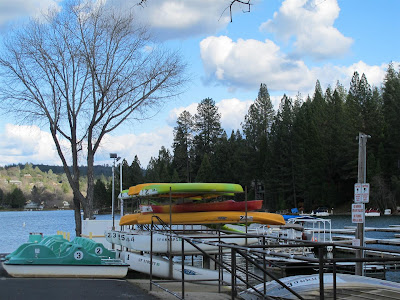 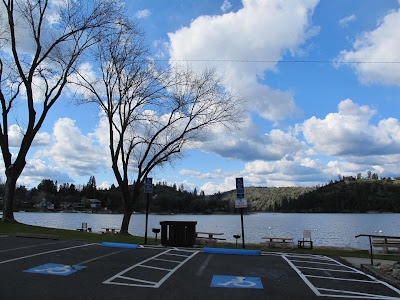 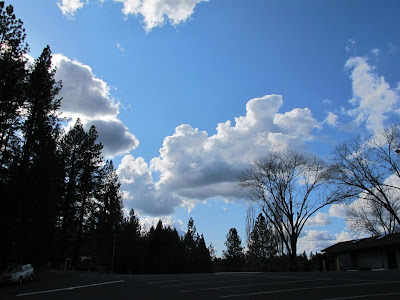 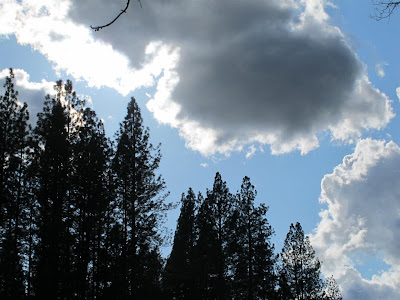