Rain at Last and Other Stuff


It's Friday morning and I look out the window to watch the rainfall. Raindrops had been bouncing off the tarp that covers a big bench and the one over the patio table to shelter the feral cats when I put out their last bowl of food last night. This morning the driveway is wet, but not under the trees. The deck is wet but there are no puddles. There is no water running in ditches at roadside. But maybe that's for the best, that a gentle rain initiate the opening up of the earth. "... it droppeth as a gentle rain from heaven." That quote popped into my head from high school, from The Merchant of Venice. I couldn't resist Googling to refresh my memory of the context:


Portia:
The quality of mercy is not strain'd,
It droppeth as the gentle rain from heaven
Upon the place beneath. It is twice blest:
It blesseth him that gives and him that takes.
Act 4, scene 1.


It must have been two weeks ago that they first started saying there was rain in the forecast for Wednesday this week. There'd be a break of a day, then a series of storms would move in. We Californians like our good weather, but we are parched. Fields which had greened up after a nice little soaker in early October got a boost from a teaser in early November and a passing glance from mere sprinkles mid-December. Then it all stopped. As I drove down the hill to the little city for medical appointments on Wednesday, the golden fields had dulled to buff, leafless oaks were gray and craggy, and evergreens were coated with dust. Fire danger is high.

The sun was shining.

California rainfall is measured from July 1 to June 30 of the next year, so I reset the accumulation totals to 0.00" after June 30. The rain gauge my late husband had installed at the top of a very tall pole measured rainfall of 45.94" for 2010-2011, a large amount for us. It took the two small early storms for me to notice that this year, rain was not registering. It remains at 0.00". Since that happened, since the rain gauge failed me, all sense of weather was suspended, as if weather hasn't happened since that day. I only know that we had those smatterings of rain because I looked up information online. I remember cold but glorious days in two winter trips to Yosemite, when normally we would have expected rain and snow at least part of the time. Tioga Pass at 10,000 feet, which usually remains open until the first snows in October, just closed this past Tuesday in anticipation of Wednesday's snows.

Costco had a nice wireless weather station when I'd been there after Christmas, but I waffled. Then after thinking about it, I asked Daughter to pick one up for me if they were still available. With Brother-in-Law due back in town Tuesday and willing to wield a screwdriver to attach components to the deck somehow, I took the components out of the fancy packaging. But once I read the installation instructions, I realized this wasn't just going to take a couple of hours with the screwdriver, so I put all the parts in a big box. We'd miss this storm's totals.

﻿
﻿
Wednesday lunchtime, after the mammogram mash, a lovely lab blood draw, and a chase after past test reports, I stopped for a hamburger for lunch. Did I see hints in the sky? Prospects of rain in those wisps? 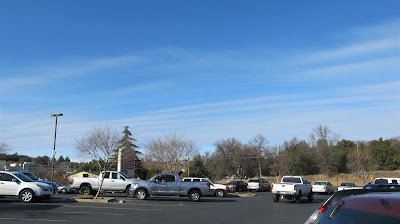 By the time I got up the hill to my little town, we had this.

The unease of waiting was keeping me discombobulated. I needed to work but I didn't. I caught a little nap with the cats, then got a phone call that woke me in time for sunset. 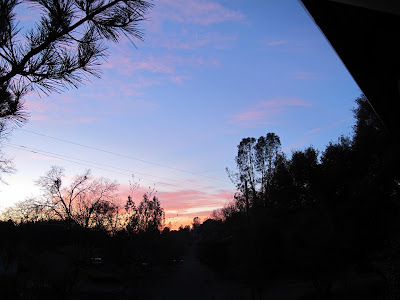 After dinner I swung into the not-so-comfy office chair at my computer, intending to do a little work, leaned back, half-missed the chair back, and over the chair and I flew with a crash. My lower back was the point of impact and it took a few moments of dramatics for me to decide I hadn't crumbled my pelvis and that the shaft of the chair was severely in need of dusting. But it kinda ruined the thought of sitting at the computer for the rest of the evening.

Thursday was an unphotogenic gray day. The ladies at NeedleCrafts were hard at work, however, knitting caps for soldiers. These and more to come will be given to a group in town that's handling the delivery to the soldiers. 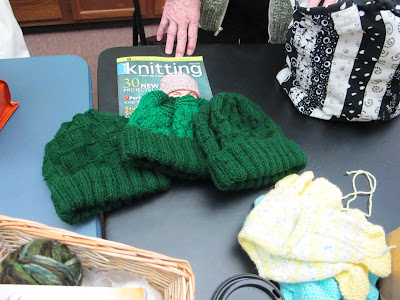 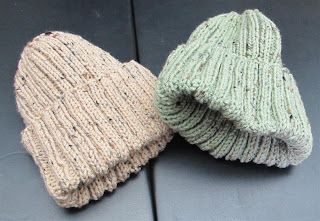 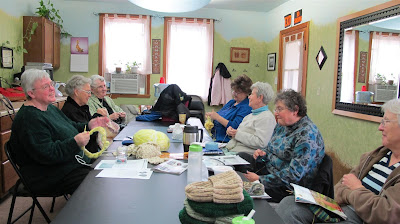 I had a great surprise when I got home. No. No rain yet. Granddaughter had posted 118 photos of First Day in Ghana. Now we're sure she's really there. Here is a sampling of what appears to be a bus tour around Accra. There is no narrative, no captions except for a few names, so provide your own narrative, as I have done for myself. 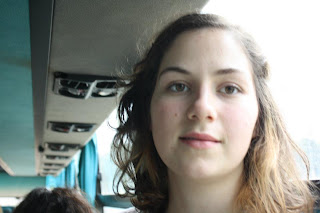 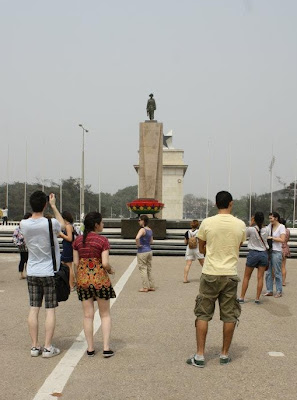 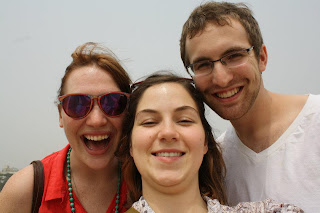 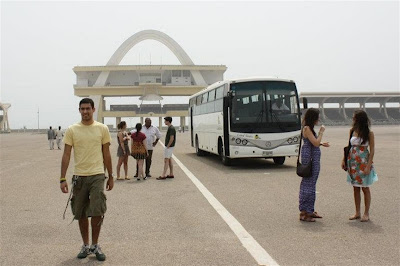 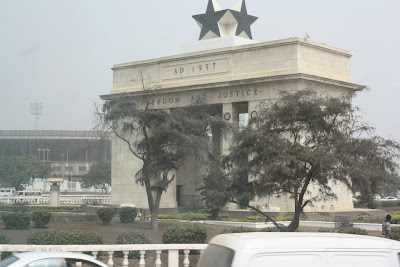 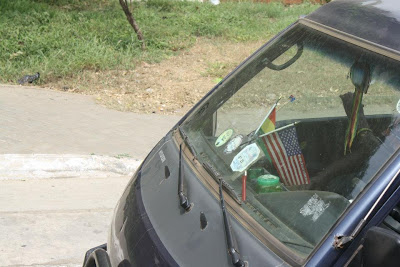 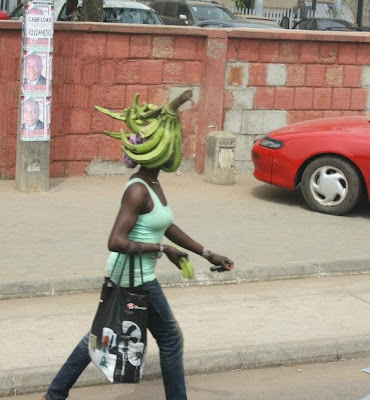 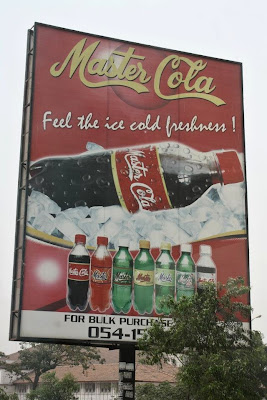 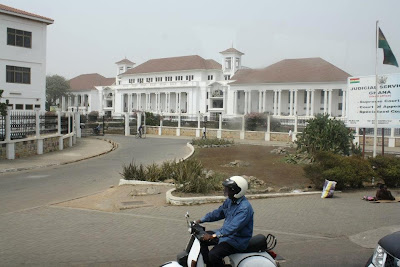 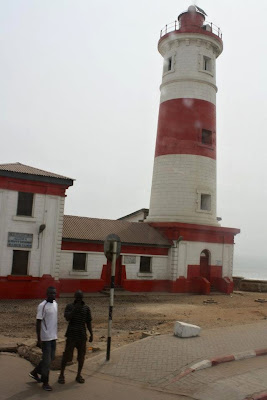 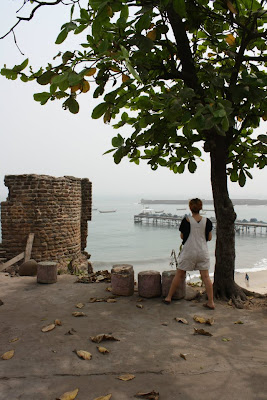 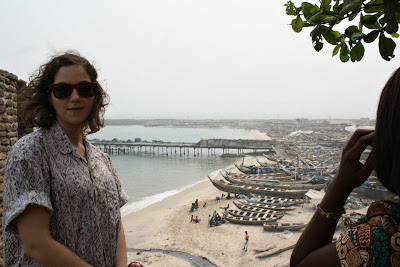 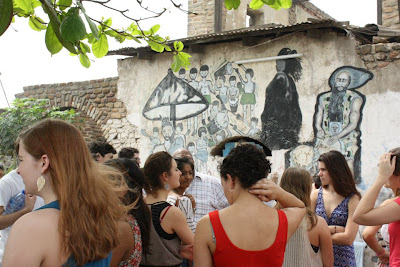 And this final photo of Granddaughter appeared today, taken by one of the other young women. 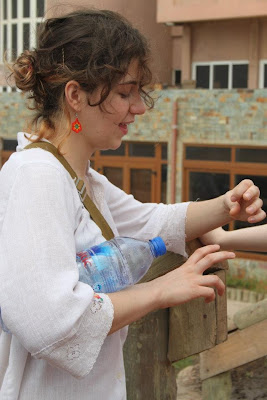 As the day progressed today, reports appeared on Facebook about intensifying rain in the north part of the county. It was raining steadily but still not hard when I went to town for the mail, harder when I went out to fetch the paper after dark. When Boots and Black Kitty came out for late dinner, they quickly darted back under the tarp and bench as a heavy rain pelted them. I should be happy -- in fact I am happy -- but with that old rain gauge stuck on zero, it doesn't quite feel "real."