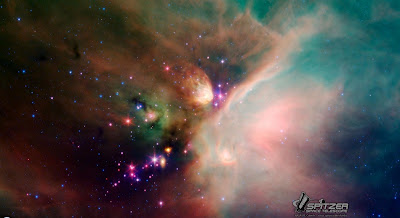 This, the lead-in to the first few years of Star Trek, still makes me draw a sudden breath and shiver when I hear it and its successive iterations. Were I not subject to terminal motion-sickness, I might have made the daunting effort to be among those who have been able to go into space.

Dreams of space came before Star Trek, some time when I was in junior high school (which, at the time and place, consisted of 7th through 10th grades). The kids I wanted to hang out with founded the science fiction club, so I dove into science fiction. We were purists. It had to be science fiction; we scorned fantasy. The most specific recollection I have is of reading Hal Clements' "Needle," serialized in Astounding Science Fiction. According to an Internet search, that happened in 1949, although I don't think I read it until I was 13, the next year. A little hard to believe that this group of teens self-identified as bohemians, intellectuals, literati, aficionados of cool and traditional jazz. I can't recall what we termed the math/science folks among us, since nerd and geek weren't yet in our lexicon. And a little pretentious it was, but it described our "elders" whom we admired and attempted to emulate. That was "we." "They" were the jocks and soshes (or however you spell our nickname for the "social" or popular kids. (No clue what they called us.)

Needle (and its sequel) is available in Kindle now. I looked long and hard at it on Amazon, trying to decide whether I really want to reread it, or whether downloading it would simply be an act of nostalgia. I held off for the moment, but . . . who knows? In Astounding -- and in books -- I got swept into the worlds of Isaac Asimov, Arthur C. Clarke, A.E. van Vogt, Robert Heinlein, L. Sprague de Camp, Lester del Rey. I remember very little about the stories -- I tend to have a short memory of the details of books and movies -- but I do remember the feeling, how absorbed I became in the worlds I read about, how much I wanted to "be" there.

As young as I was, I already loved to write, so also hung out with a group that pumped out fiction for each other's edification.

The Exploration of Space was published in 1951. On the back cover of the paperback, it was described: "This book was planned to answer your questions about a new era in man's history -- the age of interplanetary exploration -- and to clarify for you the dramatic mysteries of space and space travel. Written by Arthur C. Clarke, Chairman of the British Interplanetary Society, 1946-47, 1950-53, it is scientifically accurate though non-technical language."

How I regret that we've abandoned the dream, that we seem to have lost the spirit to explore outward.

I had one of the early hardcover printings, now apparently a collectors' item, but I can't find it on my bookshelf. I can't believe I would have given it away, given how much I prize my old books. I do have the 35¢ Pocket Book edition, printed in 1954. "This book is prepared for the benefit of all those who are interested in the 'why' and 'how' of astronautics yet do not wish to go into too many scientific details." (Preface [1951], The Exploration of Space)

I devoured it and believed in it and challenged one of my dad's friends, who did secret work at Caltech, about what Clarke presented. The friend poo-pooed it, conceptually and scientifically, but I never believed his denials. I always believed he was working on something connected with an infant space program. Clarke has proved so accurate in many of his descriptions of the how-to's. How could I not believe?

I haven't read science fiction in quite a few years. (Oh, an exception: I've read everything I can get my hands on about the TV show Firefly.) I am a fiction-lover, becoming engrossed in a variety of genres, reading very little non-fiction that is not related to current events. But that fascination with space, with worlds beyond, which I have no doubt are home to intelligent life, still grabs me and thrills me, whether or not we'll ever be able to make contact. I guess it's a matter of faith.

Wikipedia's lengthy discussion of the Star Trek opener traces many prior and subsequent uses of the sentiment. I find this quote quite beautiful:

Similar expressions have been used in literature prior to 1958. For example, H. P. Lovecraft's novella The Dream-Quest of Unknown Kadath, written in 1927 and published in 1943, includes this passage:


At length, sick with longing for those glittering sunset streets and cryptical hill lanes among ancient tiled roofs, nor able sleeping or waking to drive them from his mind, Carter resolved to go with bold entreaty whither no man had gone before, and dare the icy deserts through the dark to where unknown Kadath, veiled in cloud and crowned with unimagined stars, holds secret and nocturnal the onyx castle of the Great Ones.

I was idly looking at the Windows 7 personalization page the other day, bored a little with, although not disliking, my plain VAIO desktop theme, so checked through what's already available in my computer. None struck me as better than VAIO. So I checked on "Get more themes online." Browsed some more without a hit. Then there it was, the NASAHiddenUniverse.themepack. Irresistible. The desktop photos are so fantastically beautiful I'm putting them all here for you to enjoy. Click and run them like a slide show. Don't you just want to blast into warp drive or shoot through a wormhole to see what's out there up close? 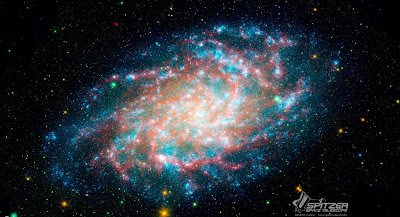 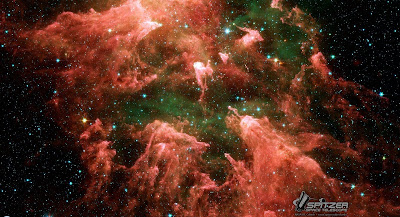 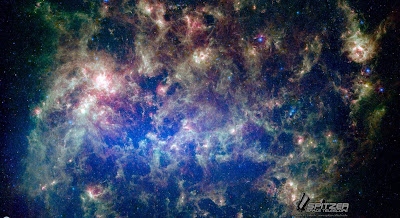 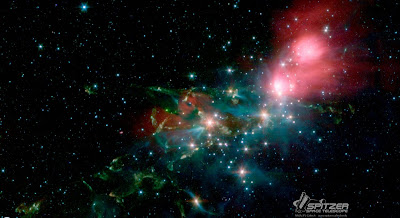 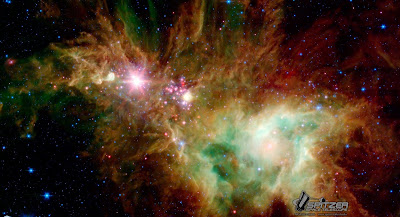 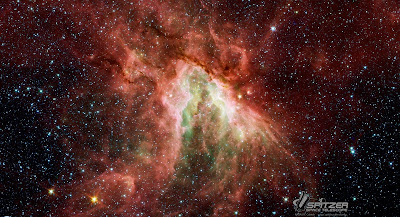 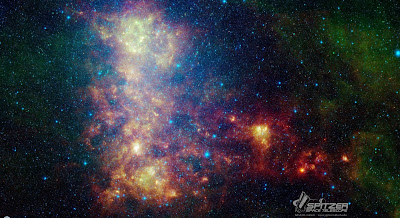 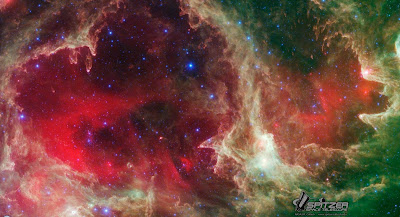 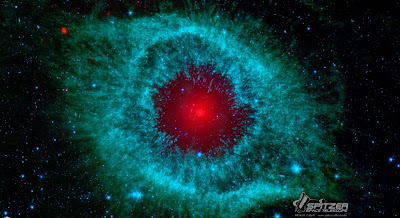 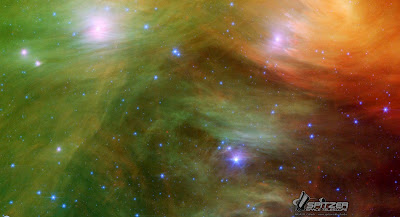 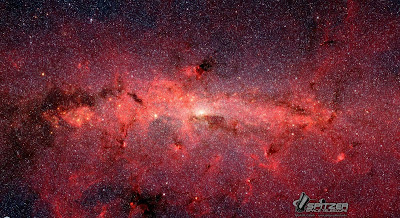 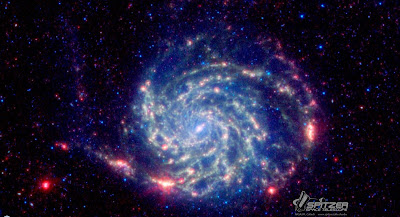 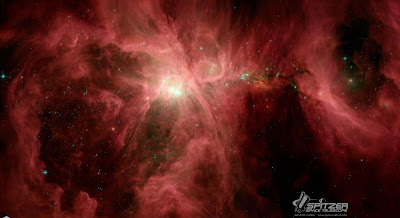 Off to dreamland. See you soon.