So familiar. I know that song.

". . . to grandfather's house we go."  But do I know the play? Has it been around as long as the song? Is this a musical? (Sorry musical fans. Not really my favorite.)

I do a little research, right now, after the fact. The song dates back to 1844, written by Sylvia Maria Child. Joe Di Pietro's play by that name debuted in 1994, and is described in a recent review as being "from the early, obscure, playwright-in-the-making part of his career."

But I didn't know anything about it when I headed for Stage 3 in Sonora, California on a gorgeous November Sunday afternoon. I left home early enough to make stops for photos along the way, for example, to overlook this creek just down the road from the theatre, 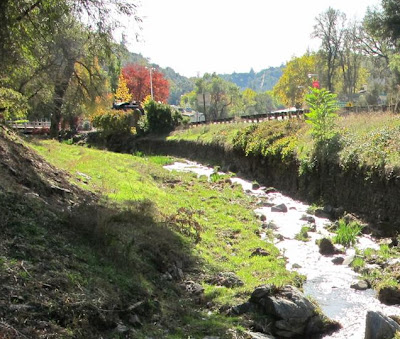 and to admire church steeple rising above the "woods." 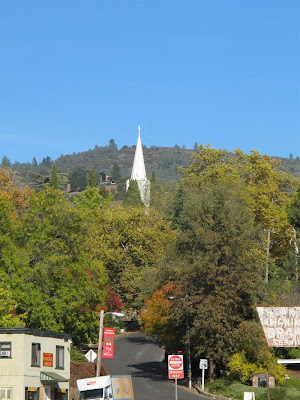 ﻿ ﻿
I was aware that no photos can be taken during a performance -- copyright stuff. That prohibition even applies to the set and the final bow the actors take. I did take pictures in the lobby, where Chuck Waldman entertained theatre-goers to the sold-out performance with banjo and banter. 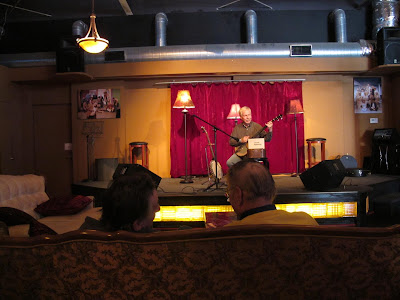 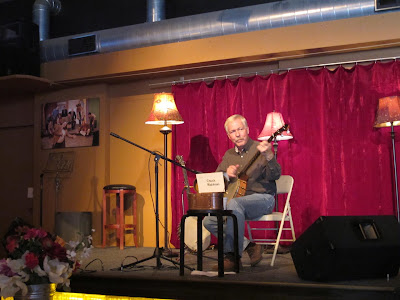 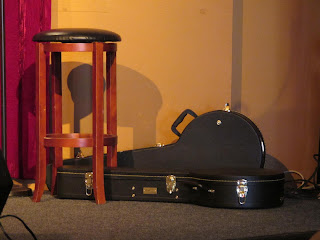 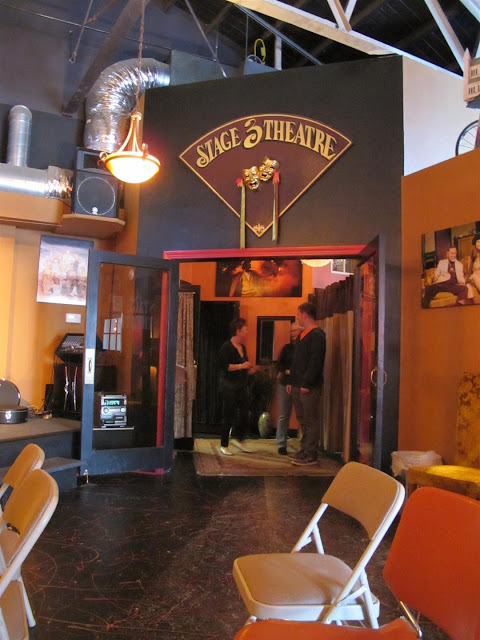 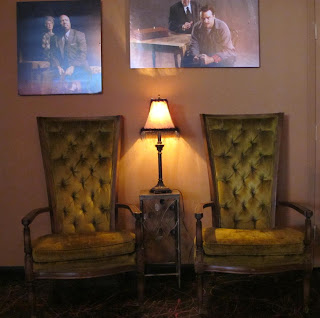 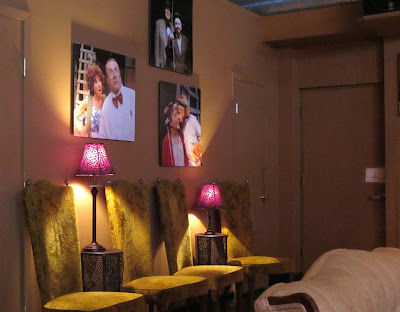 ﻿
Also after the fact, I read that the Lobby Gallery is presenting paintings in honor of the season by Diana Boyd, Kathleen Davids and Lynn Cornish during "Over the River and through the Woods." Central Sierra Arts Council and its volunteers curate the Lobby Gallery.

Ah, the play. Even as I went in, I had no idea what to expect, except that with Maryann Curmi as director, I was sure to like it. It was not a musical. (Whew!) Cribbing again from the Phoenix review, it is "a straightforward story of the pros and cons of a fiercely close family." Premiering in the Bronx in 1994, it "very sensibly made its bones in the Italian-American community before winning the hearts of the nation."

Nick is a single young man who is the only member of the family still living near both sets of Italian-American grandparents in New Jersey. He's had dinner every Sunday with them for his entire life, but they make him a little crazy now. (He'll annoy you in return, for part of this play.)

When the grandparents hear their beloved but career-driven grandson intends to transfer to Seattle, they plot to keep him nearby in New Jersey. What ensues keeps us gasping with laughter and provides a few tears in the end. Little kids won't get this play, but otherwise, it's for all generations.

It's playing at Stage 3 through December 18. Reservations are strongly advised. Call (209)536-1778. If you've never been there, it has open seating, so get there early to stake out your space, then return to the lobby for beverages, the art exhibit and possible music. Be sure to pick up a brochure for the upcoming season.

To top off the perfection of the day, the leaves on the trees were ablaze in the late afternoon sun and the sunset was spectacular. 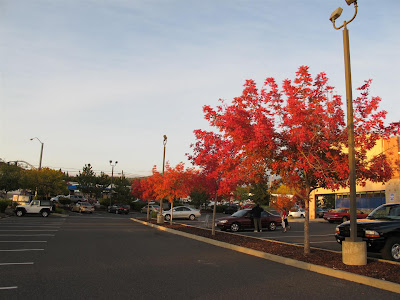 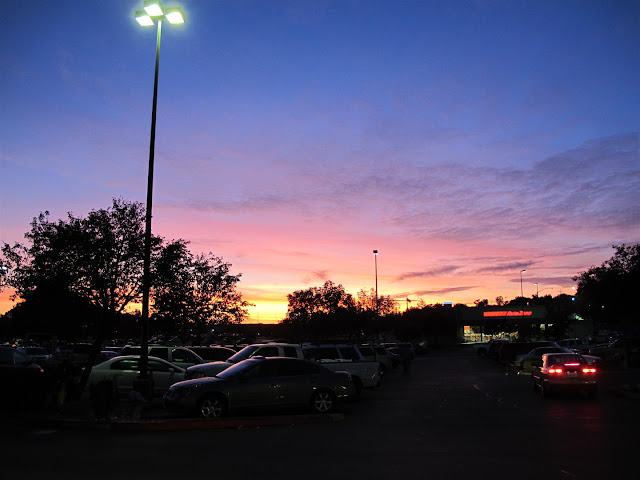 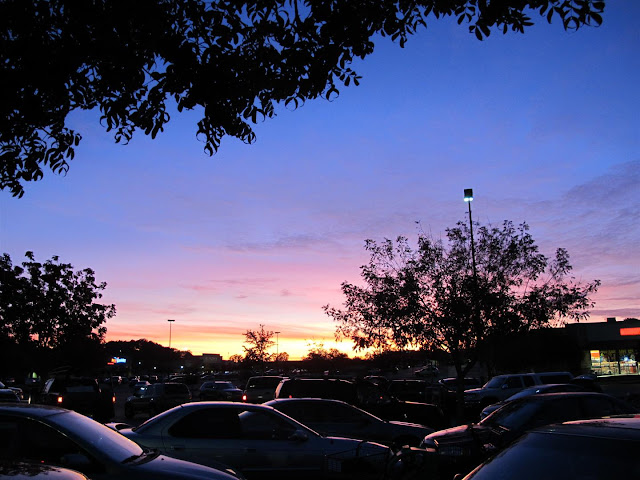 It became even more intense as I drove home, but my one-handed photo through the windshield at 55 mph was a bit blurred.

Email ThisBlogThis!Share to TwitterShare to FacebookShare to Pinterest
Labels: Theatre