More to Life than Reserving Tickets

*
﻿
﻿﻿﻿
Sister, Brother-in-Law and I enjoyed our Thanksgiving Dinner at the Community Hall last Thursday. No cooking, no dishes, no leftovers. No camera, no photos. So sister called me around noon today to invite me to join them for a turkey dinner tonight.

The turkey was not done when I arrived, although it should have been. Sister had been cleaning and decorating all day and the turkey breast had been cooking for a couple of hours. While she was immobilized in her chair by a snoozing cat, I monitored the pop-up thermometer on the turkey and browsed the decorations she'd just put up. (Her three kitties are amazingly good around all these things. Jean-Luc would merely eat them all.) 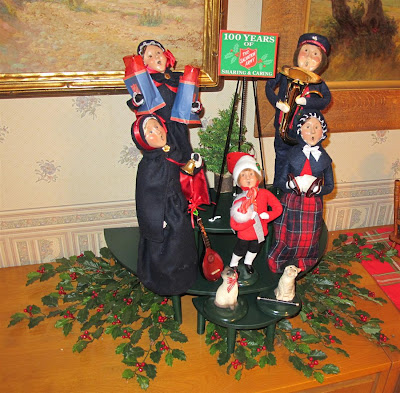 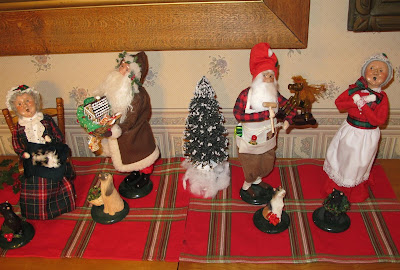 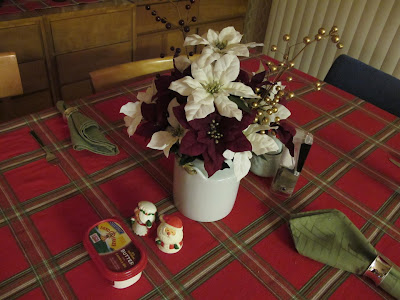 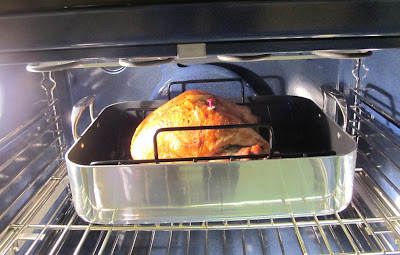 Onto the giant platter for carving, 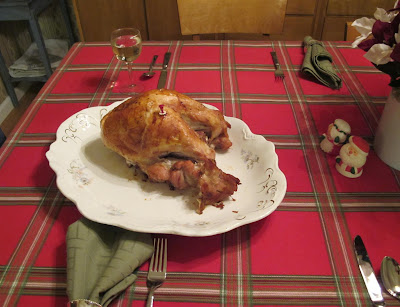 and plated for dinner. Whoops. Should have put on the gravy before the photo. 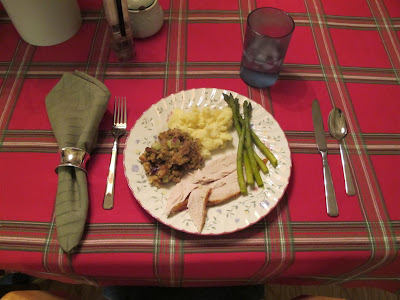 Now we'll return to the olden days of last week, when the feral kittens snugged under the bench on the deck for their Thanksgiving dinner. Stripes' tail looks a lot like a raccoon tail. 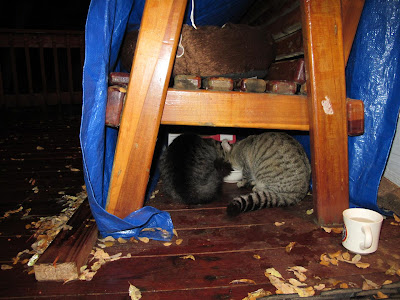 The raccoons come frequently in the evening, stealing any leftover cat food, muddying the water in the cat cups, and, more often than not, dumping the cups over.

Just a little while ago, I heard a thump on the deck, turned on the light, and there was a little bandit staring at me from a few feet away. I grabbed my camera and opened the screen, but that black-banded tail slipped around the corner into the dark before I could get set up.

I was surprised then to see Bootsie, watching this all from one step down from the deck. I've been afraid all along that raccoons might kill the kittens, but Bootsie showed no fear in sauntering back toward me, then giving a thorough sniff around the food area under the bench. I'll have to tell Sue at My Incredibly Unremarkable Life that I'm a lot less panicked now. . . although I have it on eye-witness/participant account that if a raccoon gets trapped in the cage which you were intending to catch the feral cat in for a trip to the vet, the human is at high risk of being torn to pieces by the raccoon as you attempt to free it.

I spent Black Friday at home, although I did phone the nearest Radio Shack to see whether they carry a battery for one of my portable phones (house kind, not cellphone). Sister and Brother-in-Law took full advantage of the day to stock up on many items for the garage-under-construction and to upgrade things in the house.

Saturday, Sister, Sister-in-Law and I hit the holiday crafts fairs around town. One has been held in the Community Hall for years and we picked up a few items for Christmas there, then went down the road where another fair was debuting. It seems spaces in the Community Hall for new vendors are wait-listed, so an alternative was found by those who wanted to get their crafts out into the community now. I took a couple of pictures at the new venue in the Odd Fellow hall.

﻿﻿
﻿﻿
Following our craft shopping, we had reservations at Dori's Tea Cottage for lunch. We do this annually on the Saturday after Thanksgiving.
﻿
﻿ ﻿
﻿

On Monday, Sister and I headed for the Lake Lodge to help Soroptimist set up for Tuesday's Winter Tea and Auction, proceeds of which benefit Soroptimist programs to improve the lives of women and girls throughout the world.

As we walked down toward the Lake Lodge, the geese were having a raucous discussion in the field across the playground. The uproar stopped abruptly and this group silently strolled towards the lake. 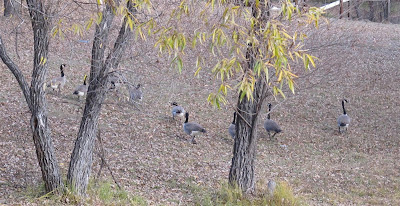 I'll bring you pictures of the glittering event next time.