Just the little thoughts that flit through my mind, the odd picture or two, that don't constitute a whole story on their own ... those are loose ends.

For example, remember back a couple of weeks ago when I noticed my September desktop calendar had 37 days in it?

I've been watching it, kind of a countdown, to see what would happen when it reached September 31 and the rest of the world was rolling into October. I think I forgot to look on the 31st, but by today, it had switched over to October. This calendar has marked October 3 as a holiday. I don't think I get the day off, however.

I think it was also about two weeks ago that I over-bought veggies, forgetting that several days of eating out were coming up. I tried the veggie frittata (or fritatta?) to use some up one day. It looked quite gorgeous, but something about the combo of ingredients didn't sit right on the tummy. 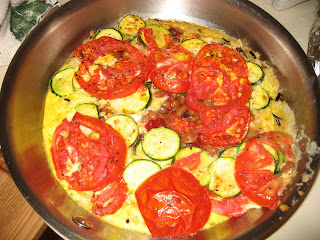 Sister made a big batch of spaghetti to tide Brother-in-Law over while he stayed in the mountains to monitor garage construction and she went back to town to get ready for Nephew's wedding. That sounded like a good idea. I could make some and toss all the tomatoes into it.

But another week went by, the kind of week where I forget about eating until it's so late there's no time to cook and I pull out another TV dinner. (Really, I've been buying things that are better than the stereotypical "TV dinner.") But with Special K twice a day on the crash diet, I thought "today's the day." For the two zucchinis in the veggie drawer, I'd been thinking of trying out Panko -- which I've never used -- and cooking them up somehow in the Nu-Wave oven. They were looking a little limp for that kind of treatment and I remember cooking segments on TV on how to con your kids into eating veggies by grating them up in spaghetti sauce.

So, two small hunks of ground beef into the cooker to defrost while I blanched and peeled the tomatoes, and grated the two zucchinis in the food processor. Then I grated a big carrot to finish up the veggie surplus. This created an enormous volume of stuff. I began to add cans of tomato sauce, paste, and diced tomatoes to get it to a sauce consistency, rather than a massive ball. Seasonings to taste. Forgot mushrooms. Served it over whole wheat pasta. Pretty tasty and I didn't have to make any side dishes.

I now have a spaghetti stash that should last a awhile. I started packaging up the leftovers as single servings, but finally doubled them up, since that many containers wouldn't fit in the freezer. 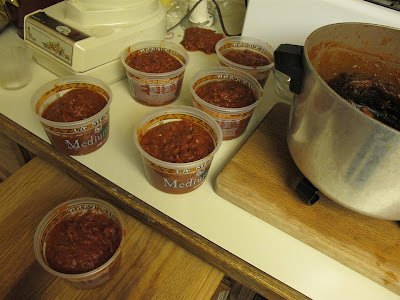 Yes, I spilled some on the counter.

Henley helps me with laundry. 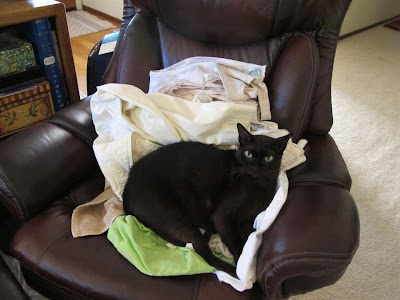 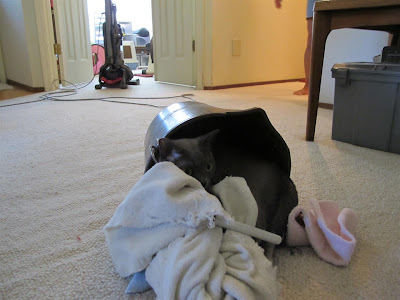 Barbara is working on an afghan. (Or is it?) (She might be done by now, for all I know.) 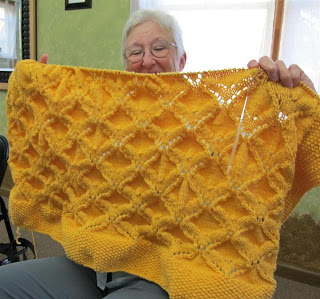 Tory loves Barbara's scarf, and it matches her sweater so well!! 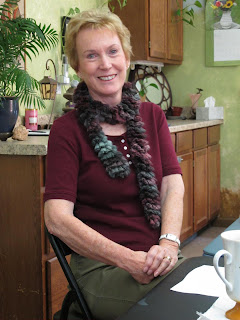 The garden club landscapes the jail. 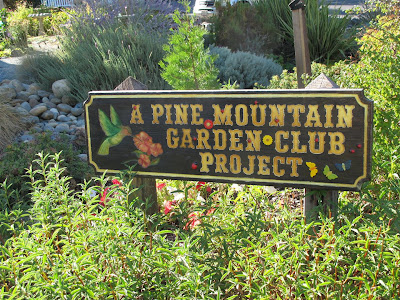 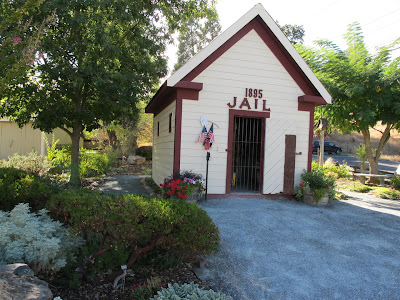 Malefactors. When I was a little kid, I got totally creeped out by a dummy in a jail like this at Knott's Berry Farm. Even yesterday, when I took this picture, I peeked through the bars with trepidation. 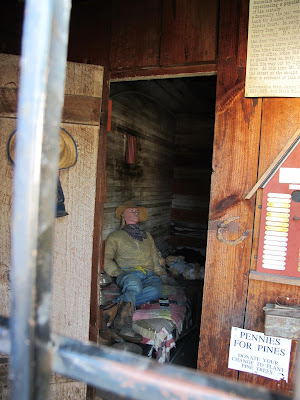 Maybe this one is the jailer. Otherwise there seem to be quite a few thing he could use to bust himself out. 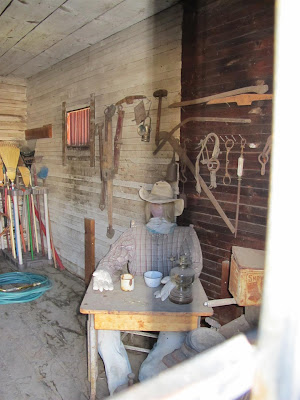 The flower bed at the pool a week and a half ago. 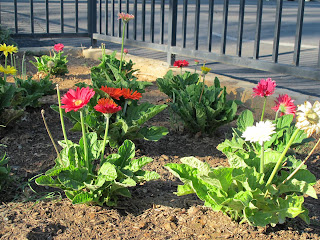 Signs on winter among the flowers. 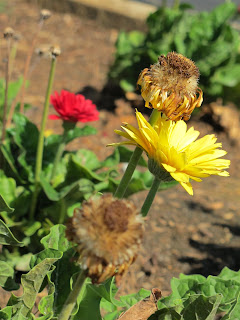 This one still blooms brightly. 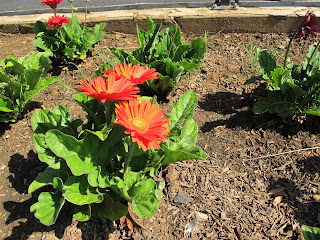 It's bucolic on the golf course. 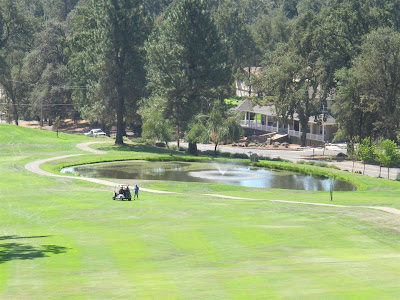 The sunflower is drooping. 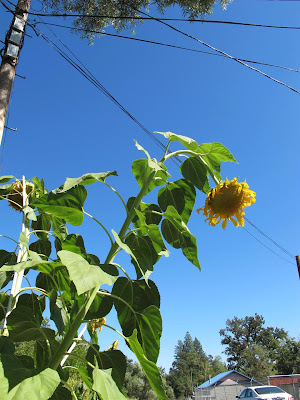 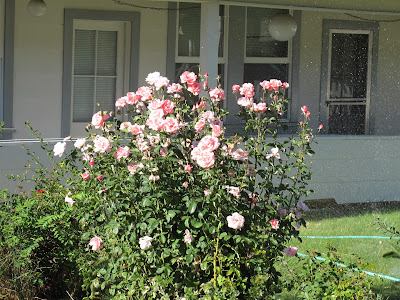 The rack and the firewood need to be moved back on the deck now. "They say" rain is coming. At the least, I need to find a new tarp to protect it, if I'm not too late by morning. 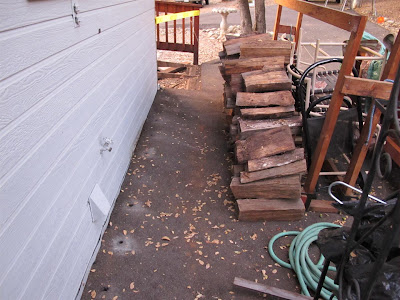 Let's wrap this up and get some sleep. I'm expecting it will be too cold to do water aerobics in the morning. I worked it pretty vigorously today and my back is killing me tonight, so fingers crossed.