I almost sabotaged my day. A little late waking up. An outside-cat feeding delay . . . some animal had dumped every cup of water and slobbered up the food bowl with a stinky, snuffling snout. Then, had to split a pill for Chloe and bury it in her food. Rushed out of the house after all these little delays. When I was about to make the last turn into downtown Groveland, I realized I'd left my camera at home.

The film festival was the main item on my calendar for the day -- all day, from 10 to 6:15. That's skipping a trip down to Sonora for another set of more adult films this evening. 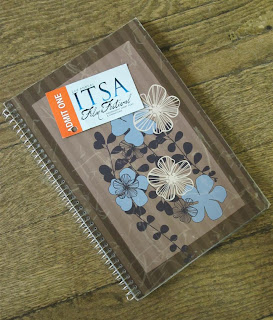 Last night was opening night down in Sonora, and today all the films were played here in Groveland as well as in Sonora.

I took the first break between sets to race home for my camera.

I watched nearly 50 films. I guess that accounts for the fact that when I look at some titles, I wonder which one was that? An eclectic bunch of films. I enjoyed watching almost all of them and was apparently the only paying customer who was there from first to last. Thank you, volunteers, which included high-schoolers who sold snacks and food. (First day of the crash diet and I had a hot dog for lunch.)

Film-watching doesn't lend itself to a lot of photos. Thanks to the super light-gathering ability of my Canon G11, I caught this shot of the technical crew in a room that was much darker to the eye. 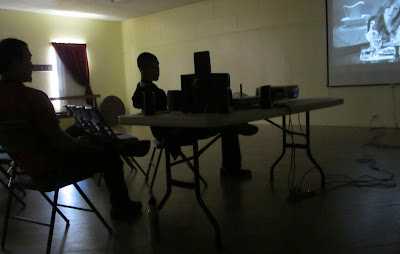 I took the next break, occurring around lunch time, to race through the flea market and Living History exhibits for a few pictures. 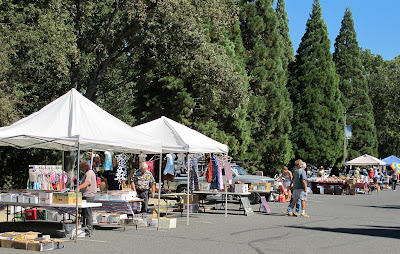 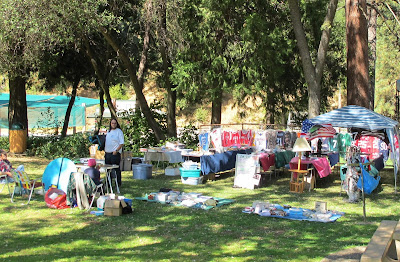 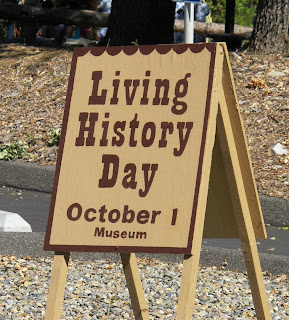 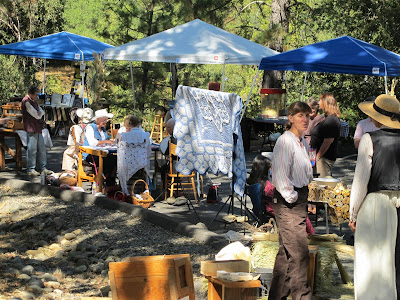 ﻿
﻿
﻿
﻿
It was getting dark as we got out. Strange little gray clouds sent me racing to an area where I hope to get some cool sunset shots. Too many power poles and lines!