Termites and Other Things


I woke up leisurely today, only to find an email that the computer class I help with was on shortly; it hadn't looked like a go as of yesterday.  Time to get ready in a hurry.

That had been a beautiful evening when I went to the Computer Club meeting. 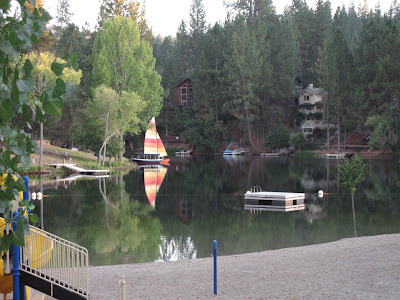 The morning class was Word 1 (MS Office 2007). I felt reasonably useful today and as a stumble-upon Word learner, picked up some neat tricks I could apply immediately to the newsletter I emailed out later in the day.

My good camera arrived back from repair today, just as promised by package tracking. (Hooray!)

On August 11, a deck refinishing project began at my house. Several days later these 22-year-old decks were looking pretty darned good. On August 22, a termite inspector came from my pest control company. Now there's this work crew at my house this week. I call them the termite guys, but the biggest thing on their work plan is to replace wood that has dry rot and fungus, mainly under the decks. A small patch of termites had been found in a hard-to-access area under a corner of the house, adjacent to the deck.

On day one, some front deck work was done. 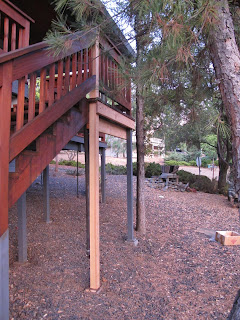 One riser (I think that's what he called the zig-zaggy board the stairs are sitting on) has some issues. It may need to go.

On day two, they're digging into dry rot. 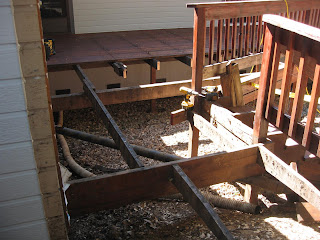 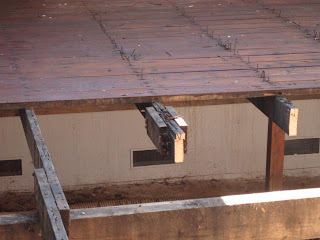 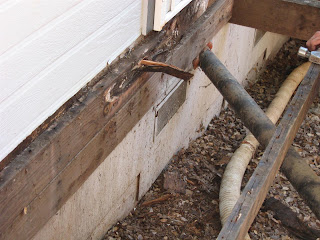 There's caution tape on all my doors. 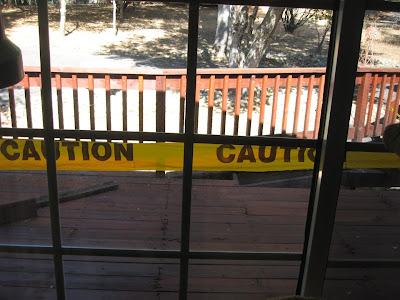 But tearing out decking has revealed the hidden stuff at the corner. This board running under the wall at the bottom has termites. 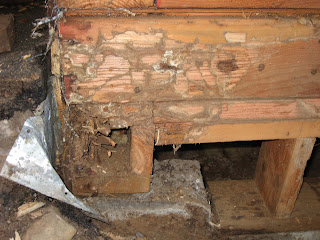 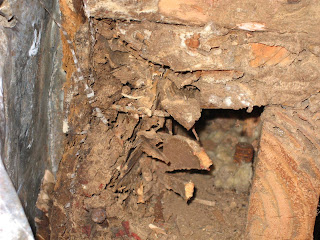 This is also not good. 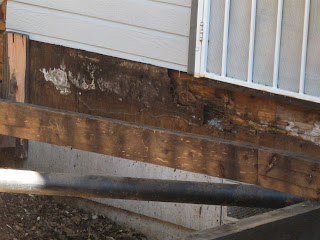 They made good progress today, day three. I didn't go out for an inspection until after I finished up my newsletter, took a good nap, and it was cooler outside. 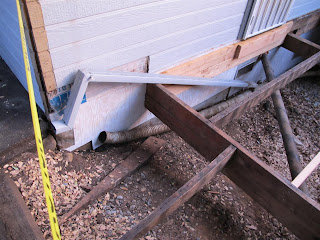 It's ready to put back the decking. 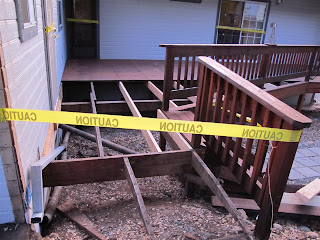 I'm happy to see the redwood planks seem to be surviving. 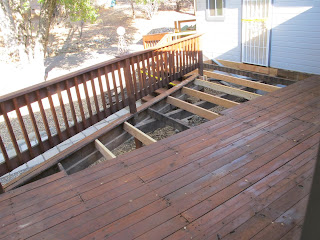 They're having difficulty finding the product that the deck refinishing guy used. "Matching" is not sufficient. It must be the same stuff. It has several desirable properties besides its color.

The hot day turned balmy and there was a beautiful sunset. I usual shoot sunsets from the front deck, but I walked around front to get something of a view of a good patch of sky. 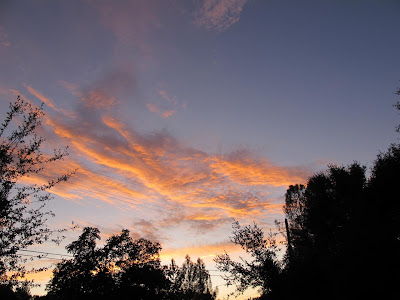 As I walked back up the driveway to go in through the garage, I noticed I was walking freely, good camera in hand, not shuffling, not stumbling, not grimacing from tweaks of pain. I think maybe the pain from the fall has finally receded. Even the bruise on my cheek feels less tender. Just all of a sudden. I'd become afraid it wouldn't get better. 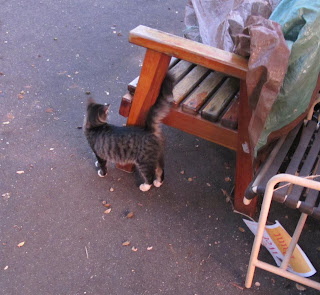