The cats are my companions. They tag around after me when I'm busy. They often sleep near me when I'm at sedentary tasks, or in my lap if I'm in a lap chair. Unfortunately, the temporary computer chair isn't a lap chair and Henley keeps trying to lead me into the room where the comfy lap chair is, but that area doesn't work for me at the moment. Oddly, Henley considers the porcelain fixture to be a lap chair, and he's very persistent about jumping into the available lap.

So sometimes I just have to tell cat stories, since this is a blog about daily living.

"Chlo-o-o-e-e-e! Get off of there!" Not only do toes twinkling on the keyboard make changes, but the flick of a tail, a brush of her long hair, or even the flitting at a gnat against the touch screen can change things.
﻿

This door is closed. Not only﻿ does it look better -- hiding shoe boxes and overflow cosmetics, shampoos, and Costco-sized pill bottles -- but it keeps cats from rummaging through the shelves. Or so I thought. 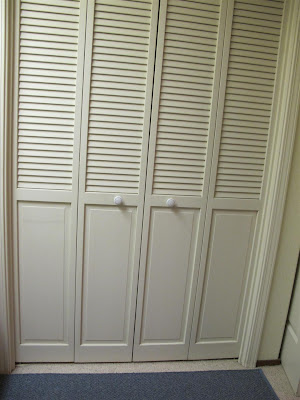 This morning while I was brushing my teeth, Jean-Luc wandered up to the spot that divides the two left panels, inserted his paw under the door, and pulled. So much for keeping cats out. 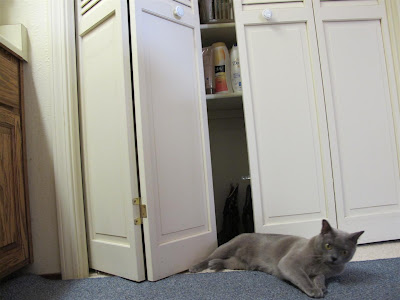 Stripes, the feral kitten, is enormously curious, staring at me and the inside cats through windows and doors, then hissing at me when I go outside. Mama Kitty used a hiss to warn the kittens to dive for safety when anything threatened them. Such as me. I didn't try to discourage her, as there are loose dogs and other predators around here and it was a good protective instinct. But now I wonder whether Stripes' social skills are misinformed . . . that a hiss is a greeting. The feral kittens' photos are fuzzy as they are shot through a screen. 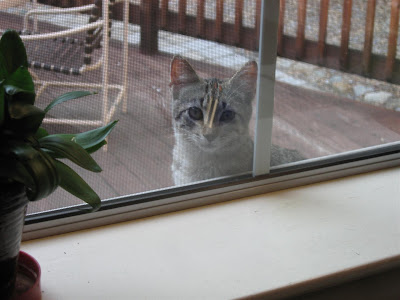 His sister, Boots, disappears the moment she hears my hand on the door knob. Unless she's starving, she won't come out until I'm back in the house. 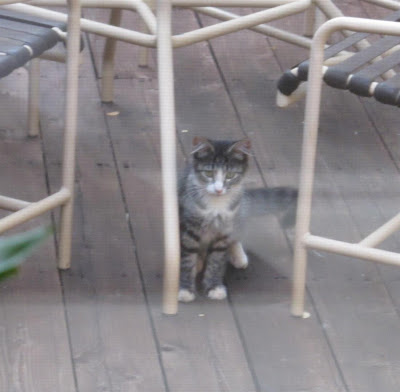 Then there is the banging and crashing and rolling around on the deck that wakes me up in the morning. 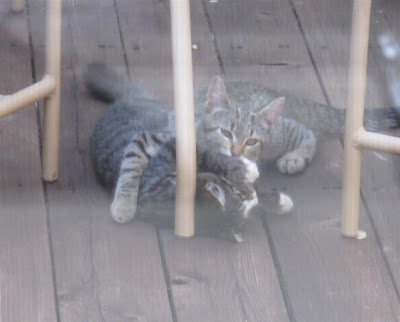 I went to get a Band Aid in the main bathroom and Henley has settled in for the duration. 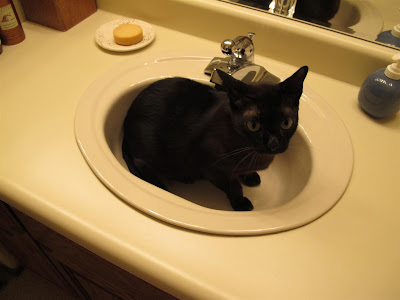 Jean-Luc wanted Henley to share the space, but he didn't want anything to do with that idea. 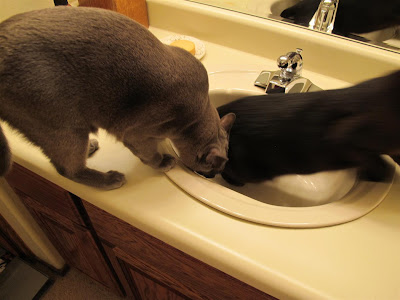 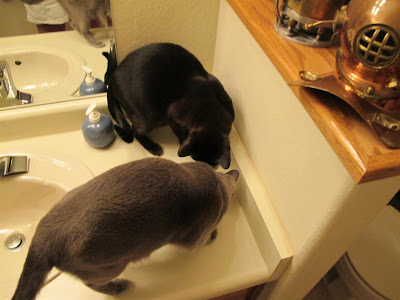 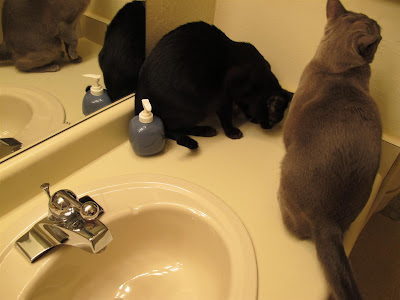 Wow! Stripes let me take his picture outside, without screen cross-hatching, when I went to get the food bowl. 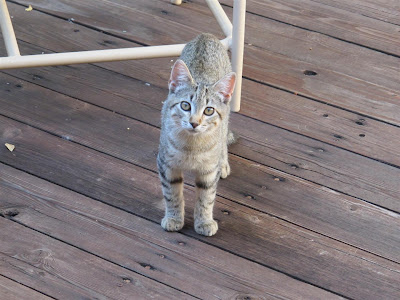 He backs off when I offer my fingers to touch him. He'll nose up to them through the screen, but hisses and shies away when I'm in person. 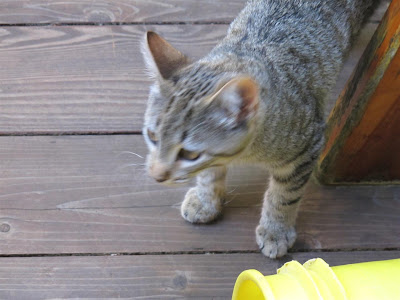 He comes close. He's hungry. But he still won't let me touch him. 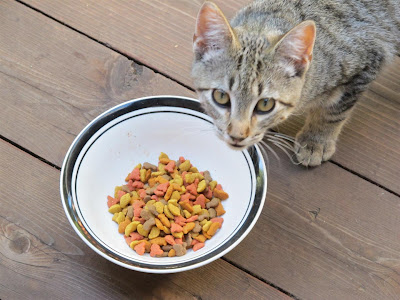 He's been climbing the screen door behind me as I work this evening. 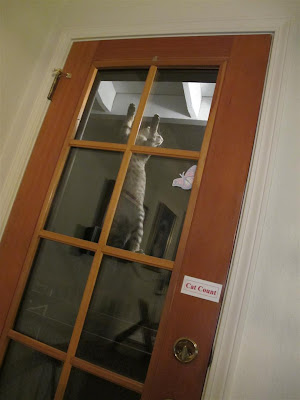 I could have told you about my exciting day paying bills. First of the month, you know. And Angie cleaned the house. I'm getting the deck refinished in a couple of weeks and won't be able to walk on it for five days. The kittens hide under the wood rack on the deck and Angie and I talked about relocating it in a way that somehow preserves their ability to hide under it.