I began thinking about the big dogs that have been running free around here, despite the strict rules of the development, when the kittens didn't show up for a couple of days, but Black Kitty and Mama Kitty still came around. Mama had looked increasingly bored with guarding kittens day after day . . . . Those dogs are powerful and fast compared to a kitten scamper . . . . A kick in the pit of my stomach, where my thoughts were wandering.

But the kittens were here today. Relief, although I know I can't guard their future.
﻿
﻿
And here, below the end of the deck, was this little boy, with his nibs of antlers and a faint white blaze, a relative of the white-faced deer that live around here. 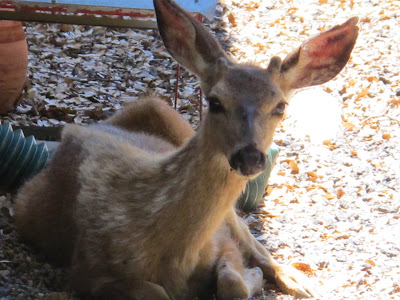 I was driving to town to do banking. I'd spent part of yesterday -- the day that I mysteriously couldn't remember a thing about when I went to blog last night -- reconciling checking accounts and preparing deposits for self and clubs to make today. Just to add a little suspense to my trip planning, the bank where I hold the ATM card I use for travel is undergoing a big computer switchover, beginning on the day I arrive in France. The new card, which I received today, must be activated in the bank's ATM machine, using the new PIN number (not yet received) on my arrival date or later.

Would you be happy relying on this activation going according to plan so far from home? I have assurances, a phone, a phone number and an email address . . .

Back to the drive to the bank. Pondering . . . why don't the owners of the big dogs take them to the dog park? I -- the cat person -- had contributed to the dog park with just that thought in mind. Even cat people can appreciate that dogs can't be happy penned up in a dog run in this fenceless community.

But I'd never even stopped by to take a look at the dog park. Today I remedied that.

There was a woman there, about to leave with her little dog, but she wanted to show me the park, and her dog was so excited to get to stay longer. 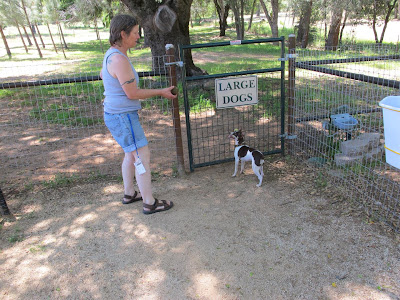 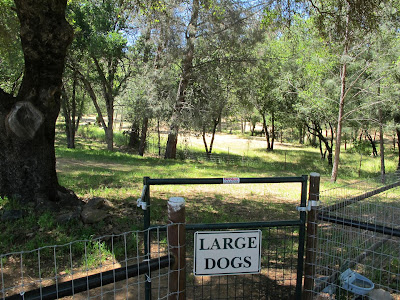 With no big dogs present, the little dog excitedly out ran the ball his owner threw.  Click photo to enlarge the ball. 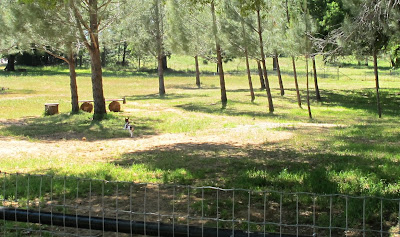 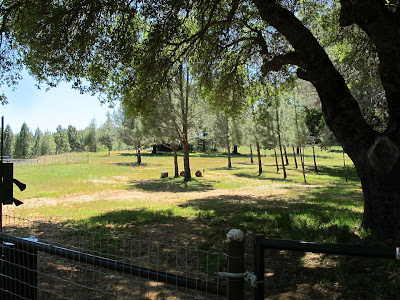 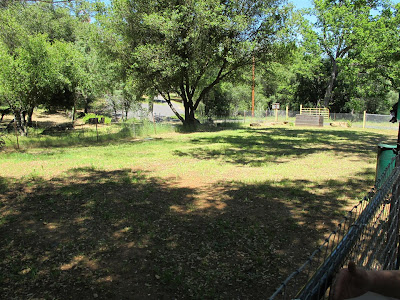 I should have asked whether the size separation is mandatory or discretionary.

You don't even have to bring a ball. 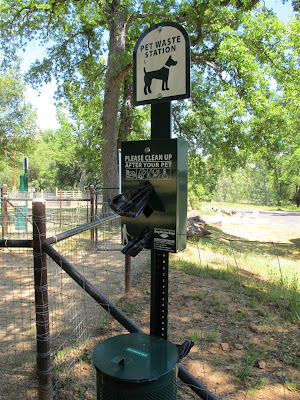 Perhaps I'll plant one of those at the boundary of my property.

There were other stops along my route, but in glimpses through the trees, I spotted billowy clouds.  When I got to a clear patch I saw they were way off over the Sierra.  Here it was delightfully mellow today. 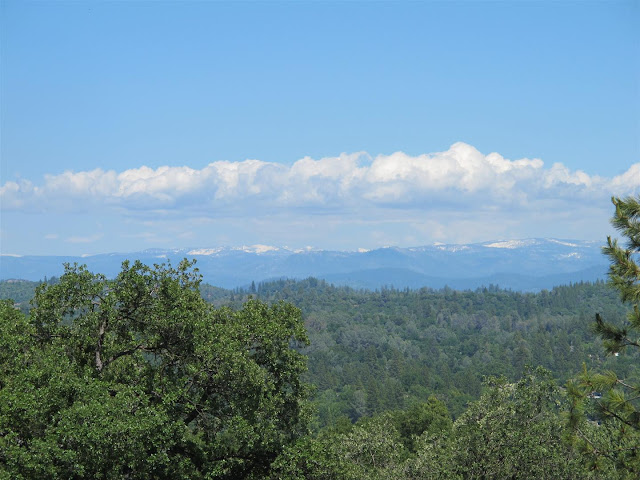 Use of the dog park requires a permit. Donations are needed toward upkeep and improvements. You can read more about it here.