*
They handed out little ballots at Quilt en Sud to vote on each of our favorite "chocolate." I entered a fairly large exhibit room, uncertain as to what voting for my favorite chocolate constituted, my favorite quilt in the room?

On my left was an interesting exhibit of the work of Swiss quilter Maryline Coullioud-Robert. She works with color, design and repetition, and I really liked many of her pieces. 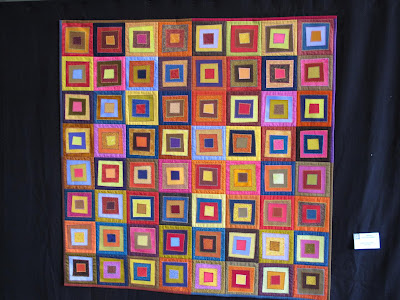 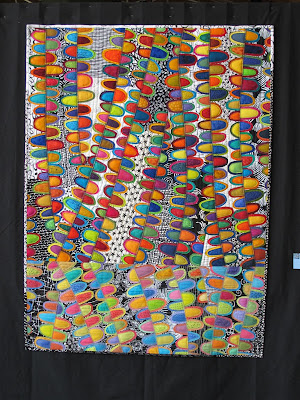 I know I should talk to the artist, who rather awkwardly wanders around half-looking at people looking at her things. Maryline, if that was you and not an exhibit-sitter, I'm so sorry. I find it difficult to strike up a conversation with people I don't know. I should have spoken ... you are a quilter and that means we do know each other. 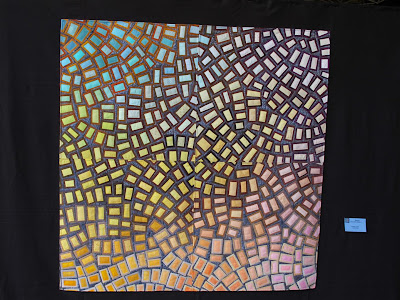 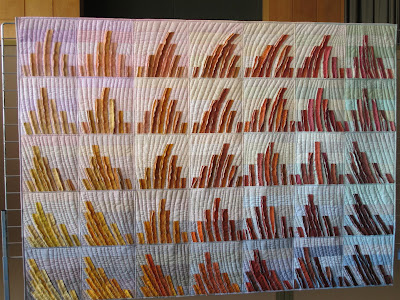 I move along to the Bénin exhibit. Here are African quilts with stories to them. Some clearly deal with tough times, although I don't know the historical context. 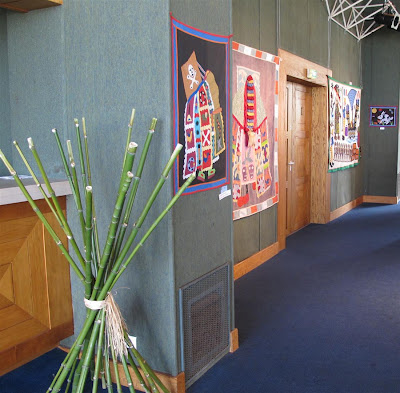 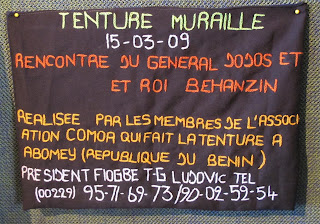 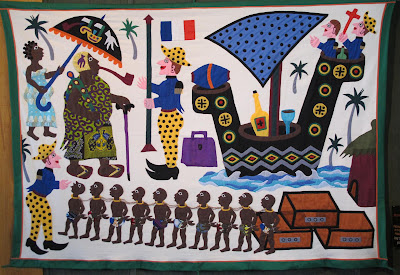 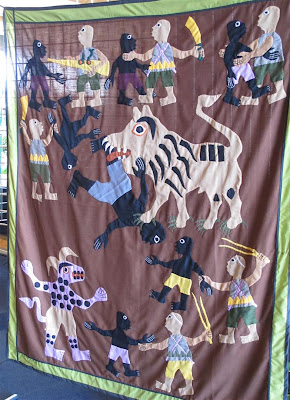 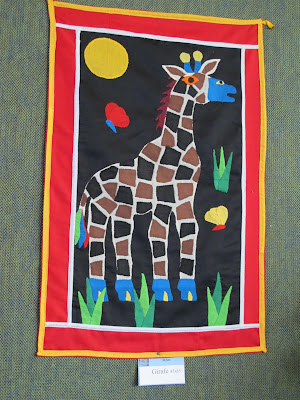 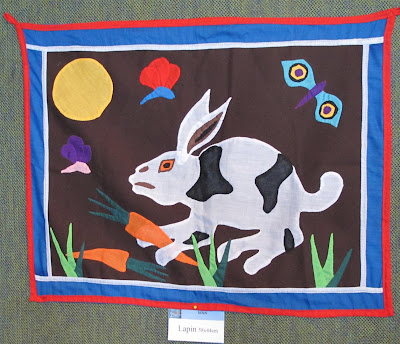 I round a post. Mounted on it is a small wallhanging. I burst out laughing. "La Mine Choco," the chocolate mine. I love it. I want to vote for it on the pure humor of it. 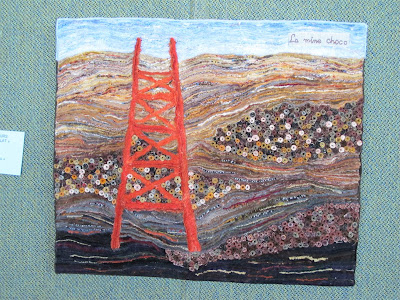 Below it are candy boxes -- fabric wrapped -- and other representational creations. 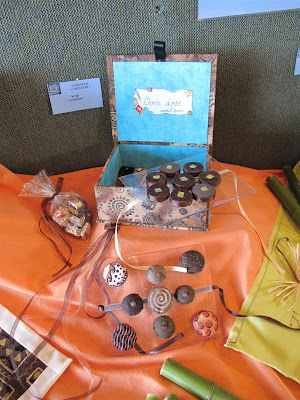 But beside them, there is a gold fabric box, out of which spill exquisite little chocolate-colored quilts, lifted like chocolate wafers from their wrapping. I wish I'd written down the name for the piece. I think it was "coffret something" meaning gift box, something.  Nice. 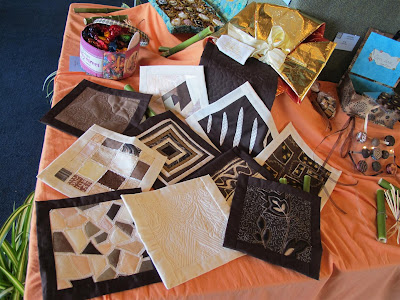 I do the rounds of the entries. I see a sign that seems to say they have been or will be juried, perhaps in addition to viewer choices? How do I judge? Quilting standards or whatever strikes my fancy? I took 26 photos of the chocolate quilts and include only a sample here. I may do an album on facebook with all of them. 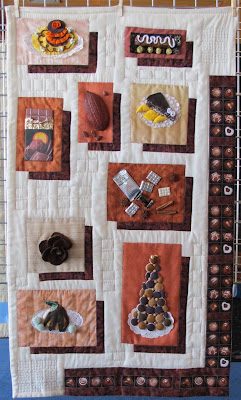 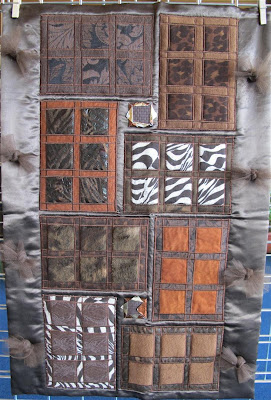 I think this is the one I voted for. 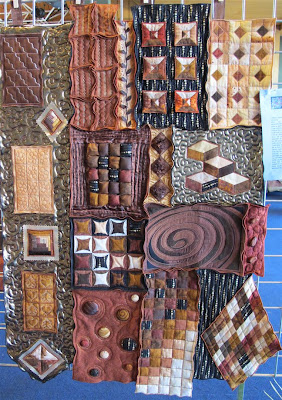 I tried to Google the winner of the chocolat, chocolat concours, but didn't get the right combo of search words. I did come across another blogger's report of the show, which includes some of the venues I didn't get to. He liked the "coffret" entry as well. (French Fancy Flowers Weblog)

So I can't give you the winner. It hasn't hit the headlines in France, having been shoved out of the news by all the Dominique Strauss-Kahn stuff. When will the press get its priorities right? We can just hope Quilt en Sud will put out a newsletter when everything from the show is wrapped up.

There was one more exhibit in this particular hall. Hats! All kinds of ladies' hats. I could not figure out whether the uniting theme was that one person had made them all, whether they represented some one person's collection, or whether every lady in the guild entered a hat. 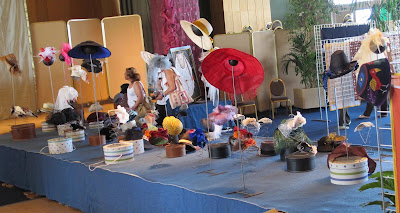