Leaders of the Leopard Revival

It started as a joke, but it has launched an international phenomenon.

Seven years ago, February 2004 to be more precise, the Ross girls, Donna and Penny, went into a Ross store to find matching sleepwear for rooming together at Quilt Camp. They were looking for something so non quilty, so kitschy, that they would horrify the other quilters into convulsions of laughter.

And there they were: matching ¾-length leopard-print polyester night shirts.

The theme was right; the poly so wrong. The night shirts were were unbearably hot. The matter was resolved with flannel leopard jammies.

Quilt Camp is held twice a year and the tradition developed that Donna and Penny exchanged leopard gifts for each camp session. Since this was for fun and shouldn't tax a budget, there were guidelines: items were to be purchased only at resale and thrift stores, yards sales, flea markets, or on deeply discounted sales in regular stores. Other quilt campers got into the spirit of things by presenting Penny and Donna with needed items.

In the early days, finding items was a quest, but as the years passed, things got easier. Donna and Penny brought their growing leopard collections to camp and decorated their room (and themselves) in leopard and gave tours of the leopard room to other campers.

One of the best recent finds is leopard duct tape, which can be made into other items, such as the line of small totes the Ross girls have created.

All of us began to notice that leopard was appearing new in stores, not just in the cast-off outlets. On a personal note, after I had breast surgery a couple of years ago, the nurse sent my sister to buy me a sturdy cotton front-closing bra to ease post-surgical care. She brought me a leopard bra with three hooks in the back, without any knowledge of quilt campers' interest. It worked as a morale-booster, not so much for ease of use.

The Ross girls' kitschy local hobby has revived the use of leopard. It's gone mainstream on an international scale. Donna recently returned from Italy. While window shopping the "Rodeo Drive" of Rome and peering into fashion houses the likes of Prada, Valentino and Dior, what did she see? Leopard.

And industry surveys of trends in carpeting found prints to be the current fashion, with leopard the #1 seller.

Penny and Donna enjoy seeing the smiles that come to the faces of their friends when they spot something new in leopard out in the real world.

Congratulations to our Ross girls for repopularizing this venerable style.


Enjoy a sample of photos below from this Spring's Leopard Lounge Tour. There was also leopard gear at Penny and Donna's sewing stations in the work room.  Who knew there were so many leopard items? 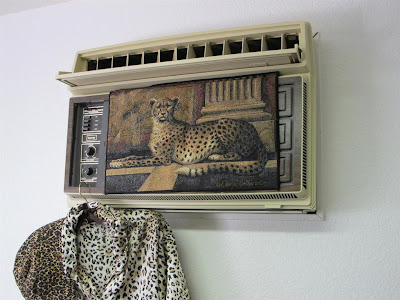 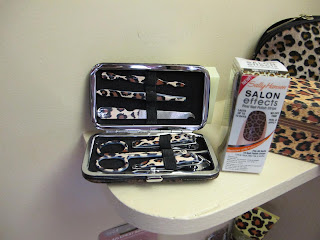 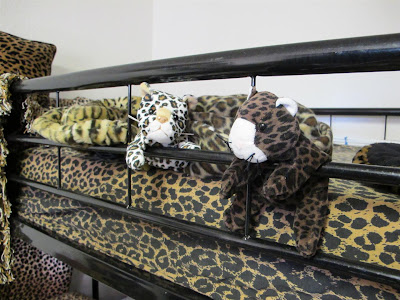 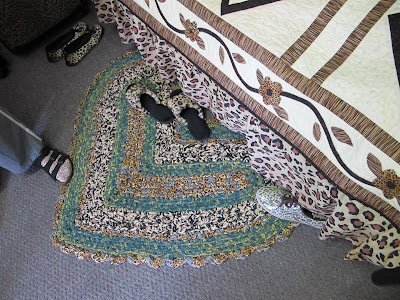 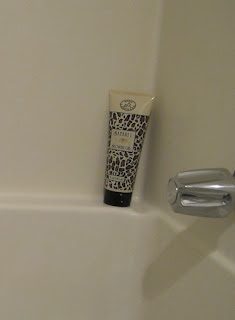 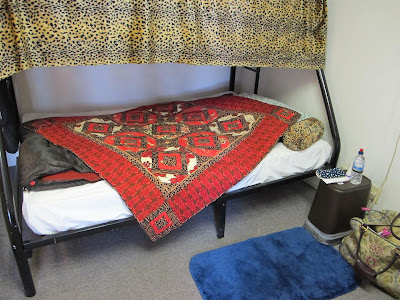 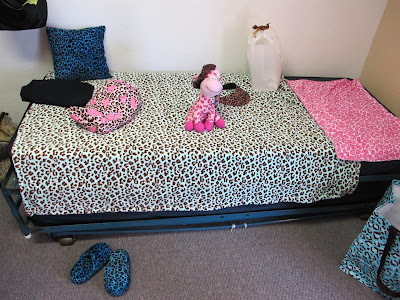