A Hole in A Plane and Other Notes of the Day

All's well that ends well. But first news was sketchy -- a hole in a plane, en route Phoenix to Sacramento, diverted to Yuma. Scared the bejeebers out of the passengers and their families whom they were texting, but sounds like the Southwest crew handled it according to training and procedure. Good job, everyone.


This is NOT what I have in mind with my motto that a journey that goes exactly according to plan makes for a dull story. I like dull flight stories.
A little lecture here. One passenger said she didn't know how to put on her oxygen mask -- "who ever listens to the safety briefing?"  Also it's not a bad idea to keep your seat belt on at all times. Air passengers have been sucked out with rapid decompression.
In local news today . . .
. . . It was warm enough to throw one door open. Not two. That created a too-cool cross-draft. 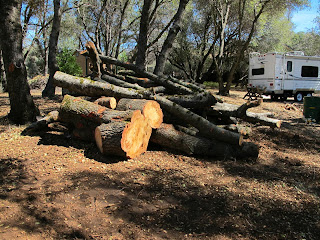 . . .  Paid an overdue bill (lost the original) for a booklet on "Memory Loss, 2011 Edition." Now I wonder if I already bought an earlier edition but forgot?

. . . This morning when I got up the blue jays were hopping around Black Kitty and Kitty Girl's food bowl, apparently under the impression I was going to feed them. Nature's awakening, blue jays. Go forage for birdy food.  I'm saving you from being kitty food.

. . . Finished up taxes and electronically filed the Fed. Still wrestling with getting a proper paper copy for the State printed (may use up the $19.95 in paper supplies that electronic state filing would have cost) and a copy of everything for my own records. If you ever expect to get a taxable inheritance, don't spend a cent of it until after April 15. :-(

. . . A particularly vicious tissue(s) made its way into the dark laundry, a million little pieces of it sticking like Velcro inside and out of every article of clothing. Why does it always happen in the dark load? There's also a new pair of very dark blue jeans in there and I forgot a Color Catcher.  The load is still tumbling in the dryer, so I won't know until it's done whether the lighter darks have taken on a blue cast.

. . . I walked yesterday and again today. Saw this solar installation yesterday. (Attention Daughter and Grandson. And saw new little neighbors for First Flower of Spring today. Is that a seed-pod that forms from the faded flower of the daffodil? It's still in the picture, if you can spot it. 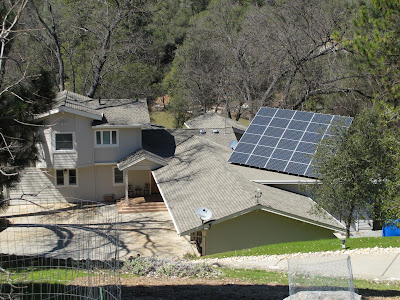 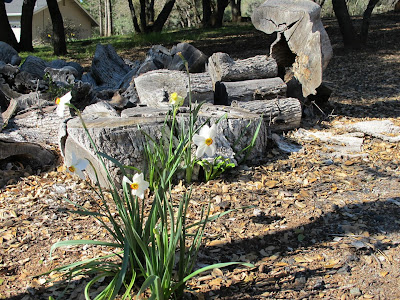