The Soroptimist held its generally annual Chinese Auction Sunday evening, a major fundraiser. I don't know whether the Chinese have auctions or whether it simply provides a decorating, food and dress theme.

I have a friend who holds an Academy Awards Party every year, and this year she and I were otherwise occupied with the auction.

So I taped the Academy Awards.

That sounds so anachronistic, even to me, who happens to be old, and still has a VCR hooked up for capturing multiple programs when necessary. In fact, I have a Beta machine, just in case someone has old Beta tapes they want to transfer to, well,VHS.

But I didn't really "tape" the Awards, I DVR'd them. That doesn't roll easily off the tongue and I have to think about about that term. (Not in TIVO territory.)

I got a few photos at and around the event. Outside, the golf carts were all lined up and deer were trimming the grass. 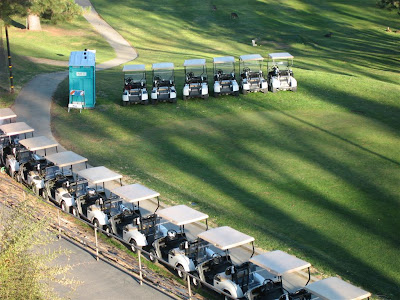 I don't know if anyone had golfed that day. It had finally been sunny, after all the futzing around with the snow, but a brisk wind was blowing off those mountains. 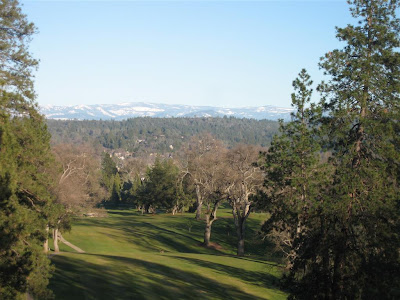 Here's a tiny sample of the decorations. 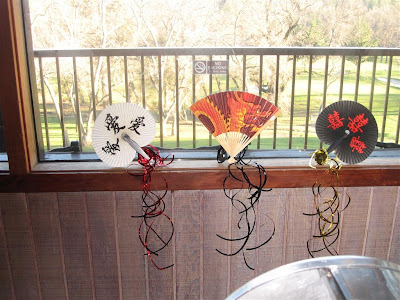 The tables were set and the cups for the quarter bids at the ready. 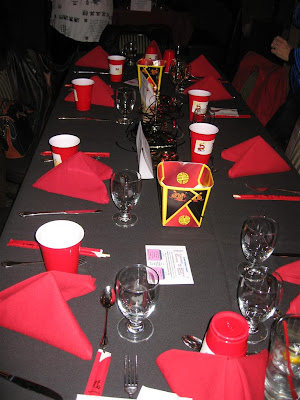 The crowd was huge, the auction lively. I took a few people pictures but didn't warn anyone they might appear in a blog, so none of those is included here.

When I got home, I cranked up the DVR and the awards rattled in the background while I worked at the computer on my itinerary project, updating pages, somewhat annoyed at the awards, whose "young and hip" mostly felt forced. I did see and hear about some movies I'd like to check on.  Eventually.

Hours later, when the awards were long over, I had been sucked into the Picasa 3 photo program people-matching feature which is addictive. I didn't go to bed until 3 a.m.

My post-auction job was to help roll and count quarters on Monday morning, but got an early call from the quarter chairperson. She said she'd recorded the Academy Awards so was up rolling quarters until late into the night and would soon be finished without assistance.

Recorded!  She recorded the Academy Awards. That's the term that flows easily off the tongue, to replace taped. This has been an education.

Email ThisBlogThis!Share to TwitterShare to FacebookShare to Pinterest
Labels: Soroptimist